Replace those regular gas-filled lighters with an electric plasma lighter for safer and more environmentally friendly lighting. They say that people should always carry a lighter, even if they don’t smoke. Apart from lighting a cigarette, there’s a lot of unexpected circumstances where a lighter definitely comes in handy. Whether you’re camping out or simply lighting up a candle, this handy device provides the easiest way to generate a flame and have access to fire. These portable lighting tools are typically filled with flammable gas that produces flame upon ignition. But, now there is a newer alternative that promises a safer and more economical way of igniting a fire.

You’ve probably heard about these cool lighters as they are having a bit of a moment right now. But these actually date back to 2015 when a company introduced a flameless lighter. This new version uses plasma, instead of gas. Unlike butane lighters, this new innovation doesn’t contain any flammable gas that may accidentally burst or spill at any moment. Moreover, these lighters can be recharged because they run on battery. Since you can use them again and again, you’re doing Mother Earth a favor by preventing throwing away heaps of disposable plastic lighters that are likely to end up in a landfill. And while there are numerous electric lighters available on the market today, we’ve found this particular product that is a cut above the rest. 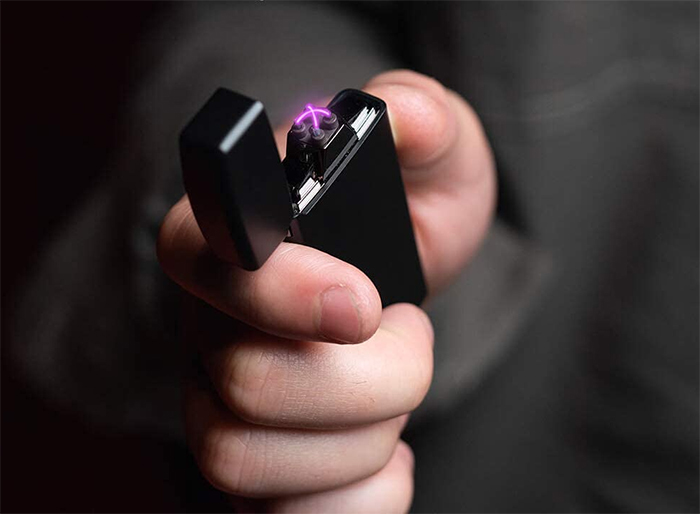 Most electric lighters have two nodes. This sparks an arc of highly charged plasma that can be used on a variety of flammable objects on contact. But since the nodes as closely facing each other, the arc could only extend to a short coverage, leaving only a tiny space to insert a cigarette, a wick or paper. Unlike most models on the market, this particular lighter has upward electrodes to extend its double arc upwards for a wider coverage. There’s no need to insert the object in between the nodes anymore. Simply place the object on contact with the arc to light it. 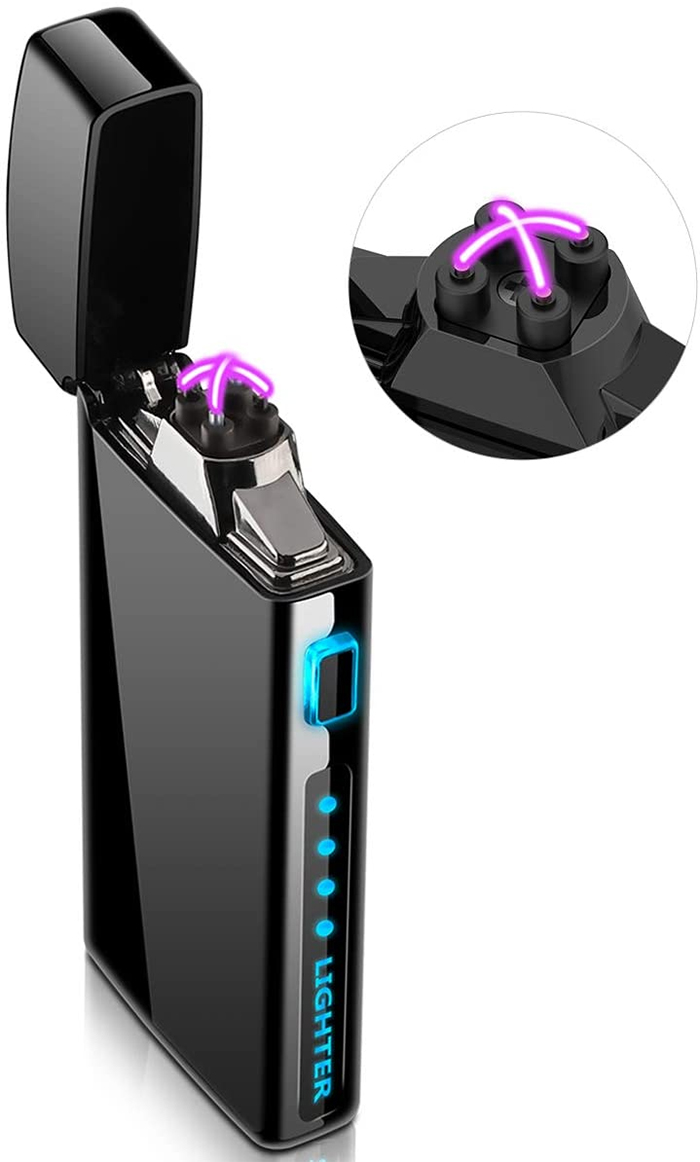 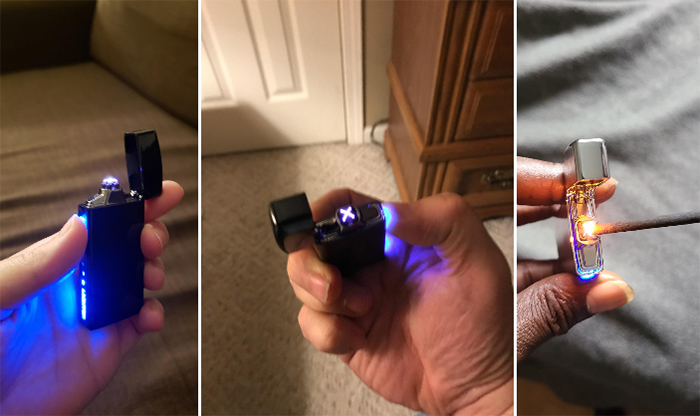 This sleek lighter features a wide-open lid for a safer fire transfer. It has a click-button ignition that delivers quick and easy ignition in just one click. Furthermore, its double plasma beams are windproof. So, you can still light a fire even in high winds. This could never be possible with a butane lighter. Plus, it has an automatic 7-seconds time out and a safety feature that prevents an electric arc to ignite when the lid is closed.

This Windproof Lighter Works Even In The Windiest Conditions 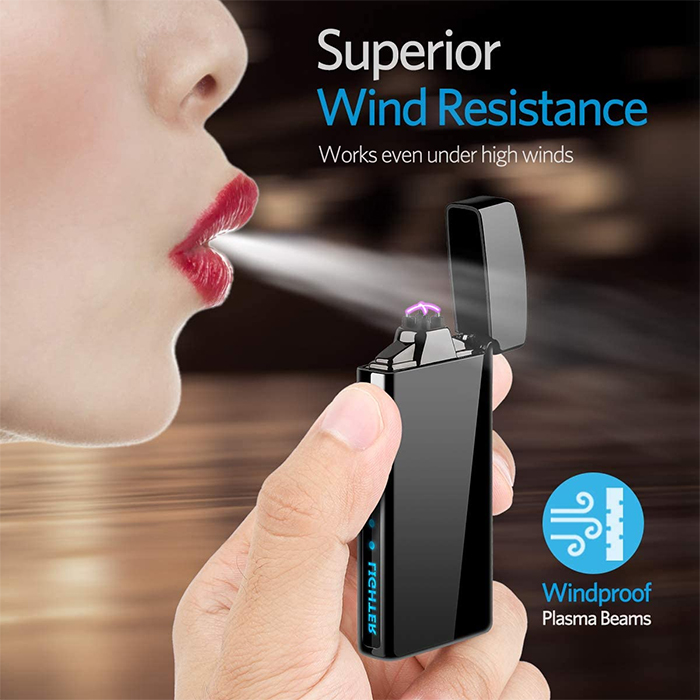 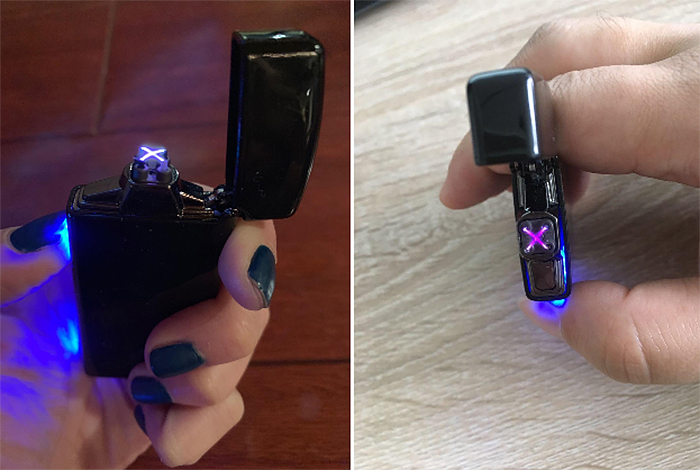 This ultra-slim lighter has a built-in 300mAh battery that fully charges in 1.5 hours via a micro USB cable (included). One charge can last up to several days depending on the frequency of use. It has 4 blue LED lights on the side to indicate battery life. So, you’ll know when it’s time to charge the device. A must-have gadget for every modern gentleman, this flameless lighter easily lights up cigarettes, candles, a campfire, grill, fireworks or just about anything else. Not to mention, the double plasma arc looks cool enough to show off. You’ll never want to use a butane lighter ever again. 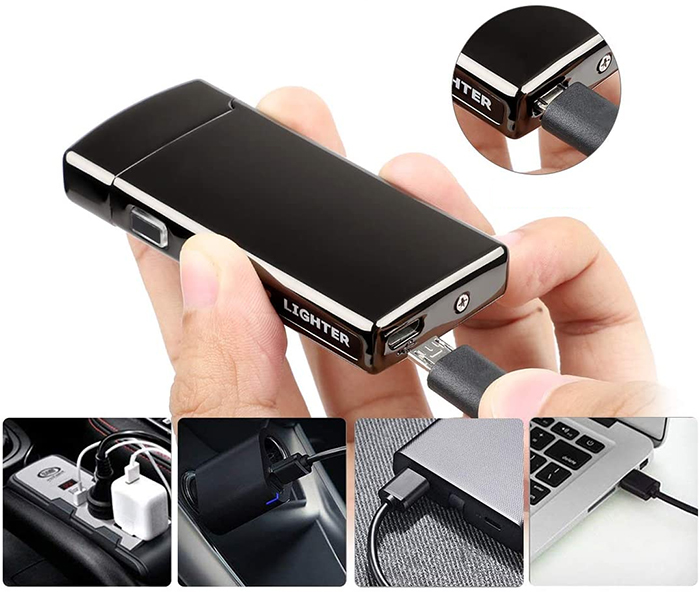 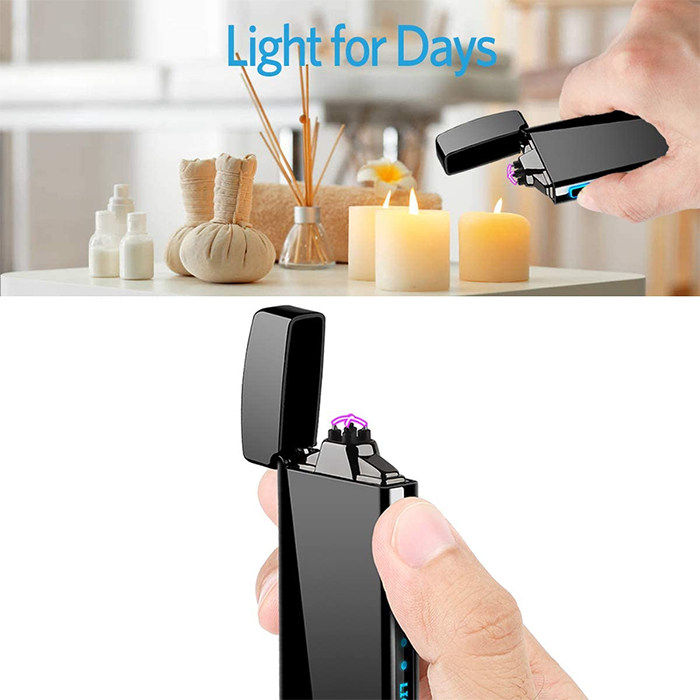 “Coolest lighter I’ve ever purchased! I’ve never owned a plasma lighter, but I can now say it would be hard to go back using anything else! I love the fact that it’s flameless and rechargeable! You can use it over and over again without ever worrying about running out of lighter fluid!”, one happy buyer wrote. 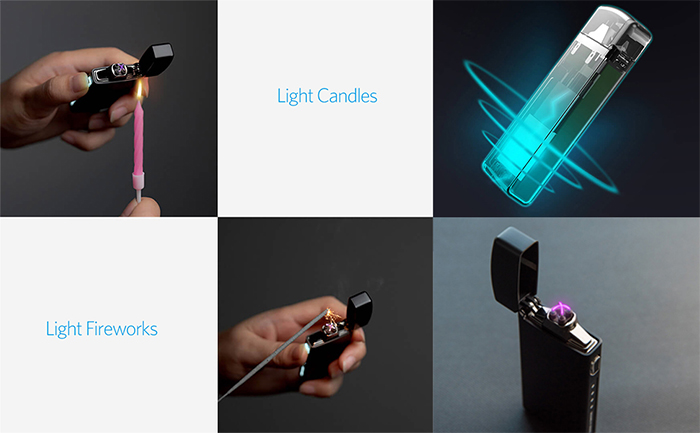