Some people often take all the convenient things they have for granted. Education, for instance, may come as a tedious thing for some privileged kids. Having to wake up early and wait for the school bus, many youngsters would find this routine tiresome and such. Some would even pray for a bad weather just to have a valid reason for not going to school. But this story will make you feel bad about failing to appreciate these conveniences and privileges. In Dien Bien province, Vietnam, there’s a remote village called Huoi Ha. Every rainy season, there are strong flood rains that separate the village from the school. Without a suspension bridge to let them pass through the rapids, you’d expect these Vietnamese schoolkids to just stay at home. But it turns out that these kids are not just like most of us. 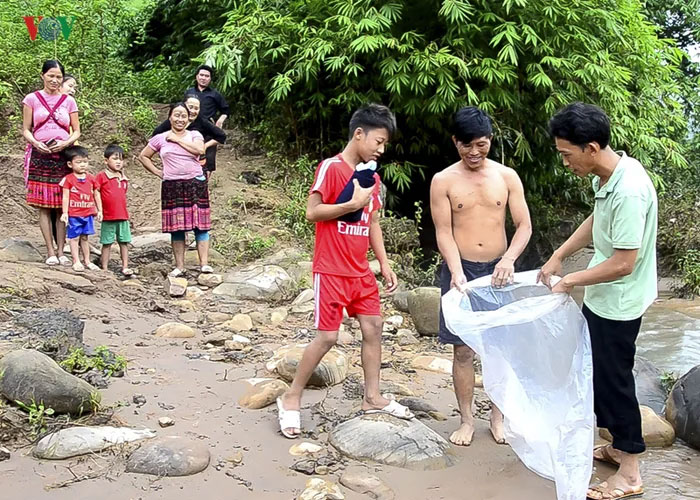 Even the most dangerous torrents can’t stop these Vietnamese schoolkids in going to school. They value education so much that they would go to great lengths just to attend class. Since bamboo rafts cannot withstand the force of the raging river, the parents thought of another way to get their children to the other side of the village. And their solution? Plastic bags. 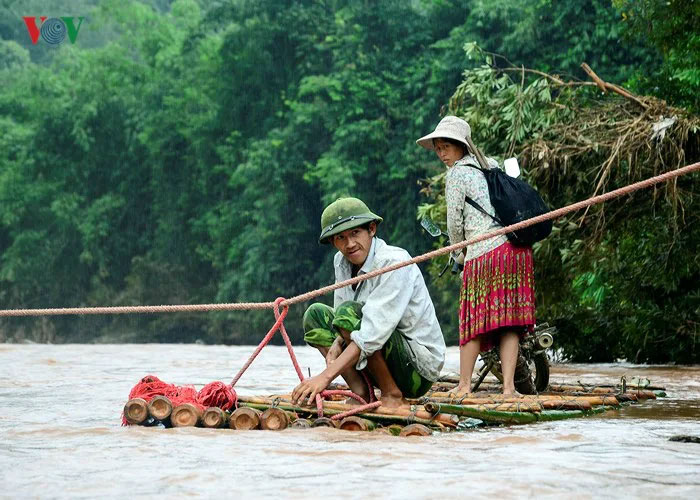 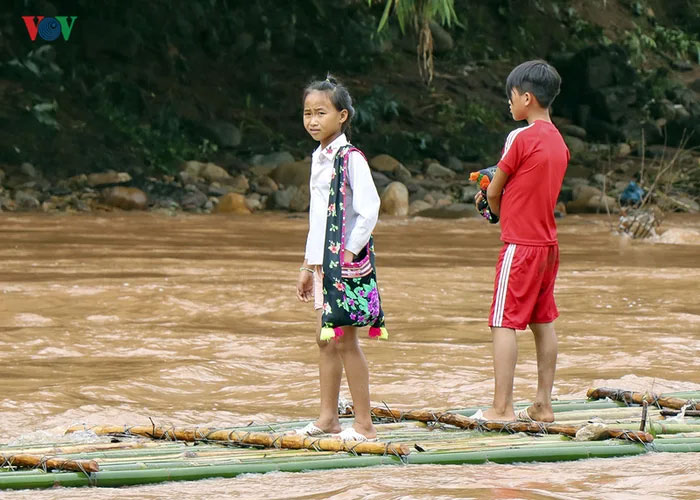 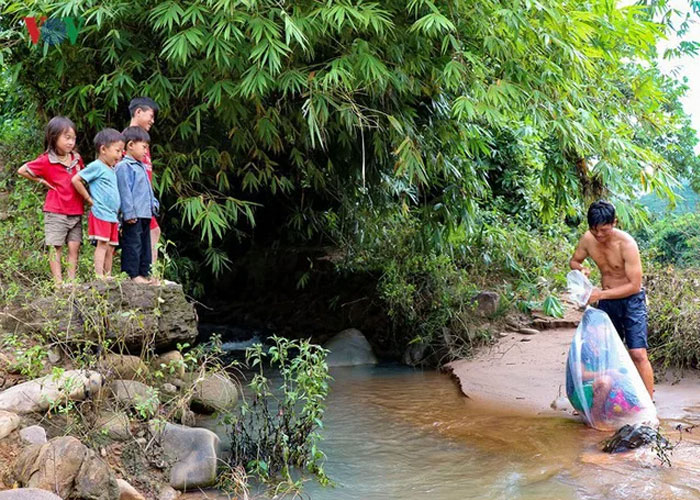 By placing the kids inside the plastic bags, each of them are dragged across the strong stream of floodwater by grown-ups. The parents understand the risk of this transport method. But both the parents and the children are willing to take the risk for the sake of education. For these people, access to education is the only route to escape poverty. So, they would go to extreme lengths just to attain the education they deserve. 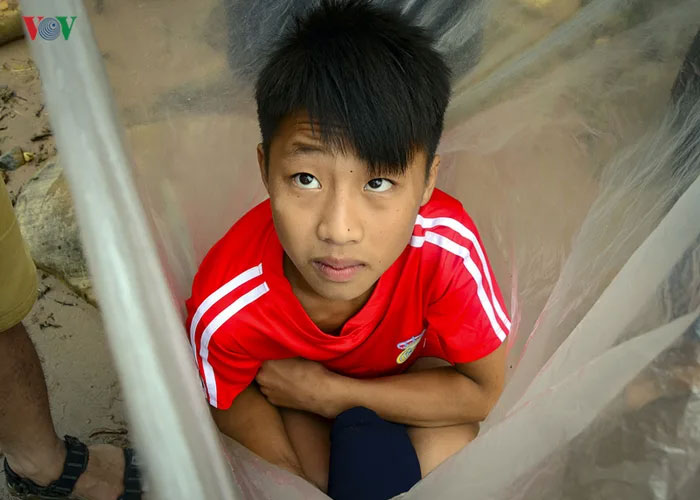 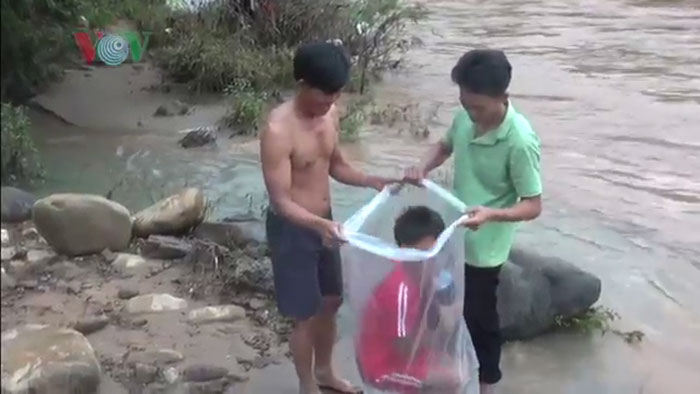 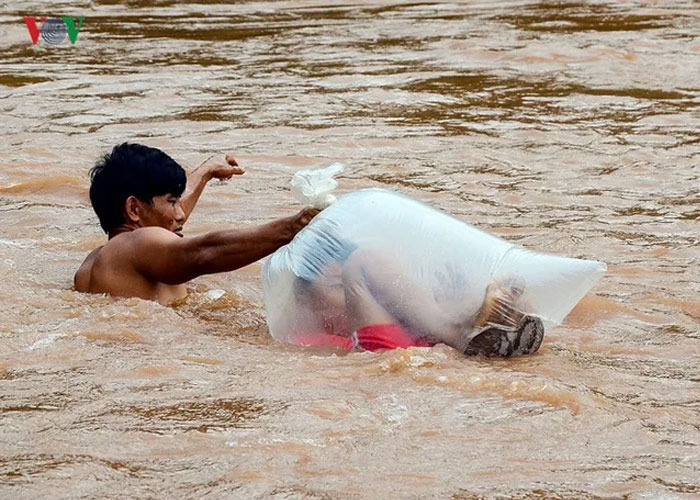 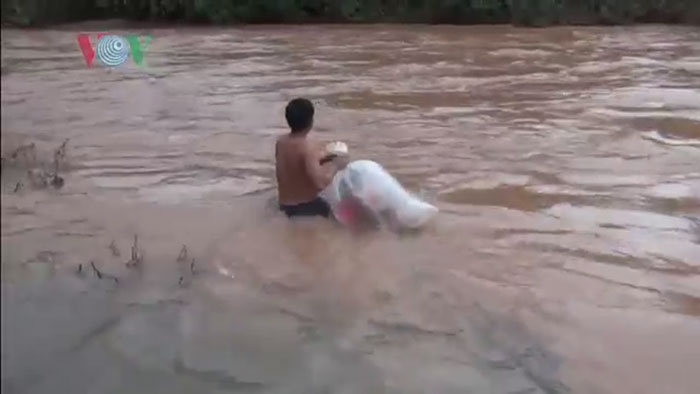 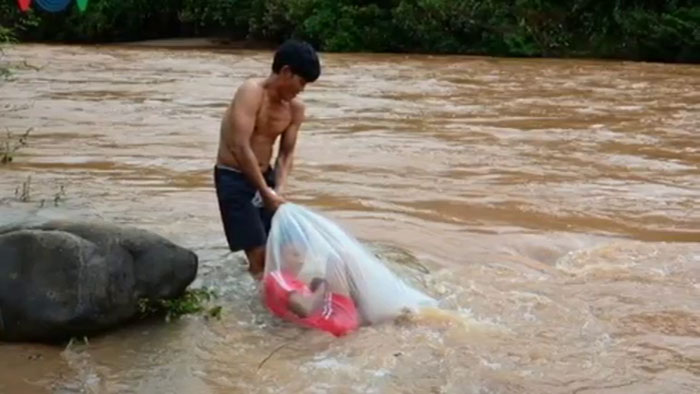 There are more than 50 schoolkids residing in Huoi Ha village. Every day, these kids have to go through this risky method just to cross the rapids and get to school. The issue caught the attention of Vov.vn, the Vietnam national radio broadcaster. And featured the article to seek help from the government in helping these Vietnamese schoolkids cross the river safely.

“Now this stream is very dangerous, my relatives usually take the children by raft but now cannot use it.”, Mr. Vo A Giong, the head of Huoi Ha village, says. “I hope that the state will invest in suspension bridges soon for people to travel more conveniently.”

Crossing the rapids is only the first challenge for these Vietnamese schoolkids. After surviving the risky crossing, they still need to walk on foot for 5 hours along a slippery forest road stretching over 15 km. Yes, they have to traverse that distance back and forth, every single day, just to get to school. Still unhappy about riding a school bus? Now, how about putting yourself in these kids’ shoes? 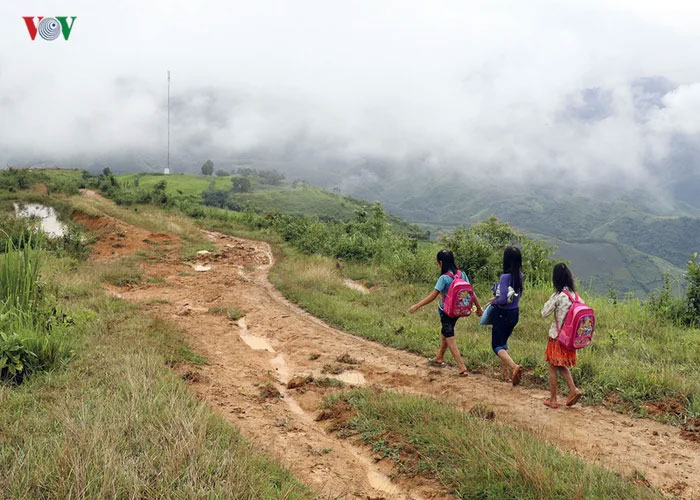 After Vov.vn published the article about the predicament in Huoi Ha, the Minister of Transport Nguyen Van The released the following statement:

“After receiving the press agencies’ feedback on the situation of students still in the village Huoi Ha having to carry plastic bags to cross Nam Chim flood stream to school due to lack of investment in transport infrastructure, the Ministry of Transport has instructed Vietnam Road Administration to coordinate with local authorities at all levels to check and consider this issue.”