Our home, the planet Earth, has seven continents that are divided by five vast oceans. Each continent consists of different countries. Within each country are various regions, cities, towns, forests, deserts, and other natural resources. Standing from a single point and looking into infinite horizons, we get to realize how vast our world is. But it’s a small world after all. Despite the great distances between these continents, humankind still finds a way to make connections. In order to show these connections, Nova Scotia-based map maker Peter Atwood created a series of maps to highlight the world’s interconnected networks.

Take a look at his series of maps that reveals the connections between different countries. Understanding this global network through these maps will make you realize that nothing is infinite in this world. And it is indeed a small world that we’re living in. 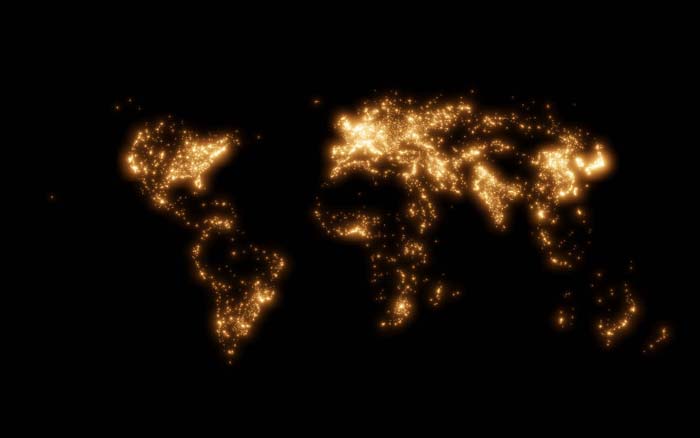 This map shows the areas where most people reside. Since urban areas are the most populated locations, it mostly highlights all the major cities in the world. As you can see, Tokyo shines as one of the brightest. On the contrary, some parts of Australia, Africa, and South America seem to disappear. These blank areas on the map show the least populated parts of the world where deserts and forests are mostly located. 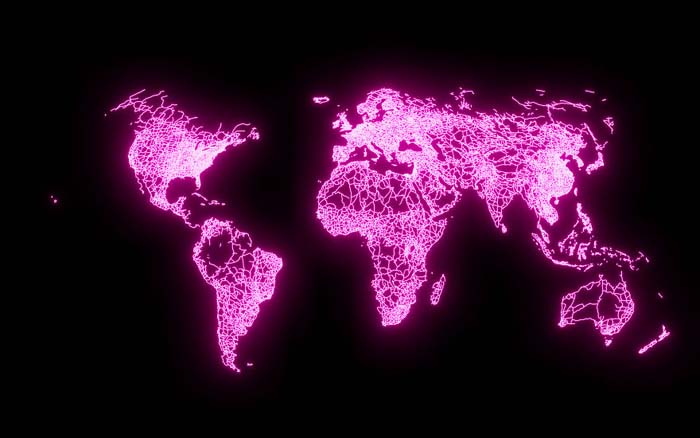 Road is the main route of transportation on land. A road network allows connection between two or more places so people can travel to and fro by foot or by vehicles. This map shows the existing roads in the world that are paved to make any place accessible to everyone. As you can see, even the least populated areas have roads to give people access to these isolated places. 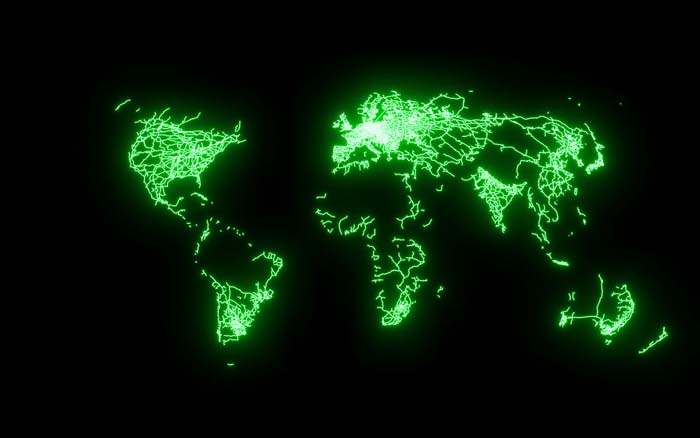 Unlike the map highlighting the roads, this one reveals a significant disparity between countries in terms of railroad system. You can see that Europe is shining the brightest due to its plentiful and advanced rail system. Again, some parts of South America, Africa, Australia, and other Asian countries seem to disappear on the map. One reason is mainly because these parts primarily rely on road transport. 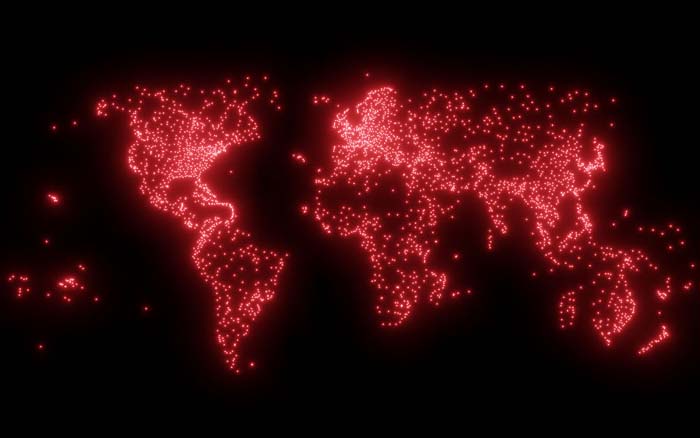 Airports allow people to travel from one country to another by air. The red dots on this map show the existing airports on different parts of the world. There are over 40,000 airports scattered all around the globe. But as you can see, US, Canada and Russia are shining the brightest on the map because they have more airports than any parts of the world. 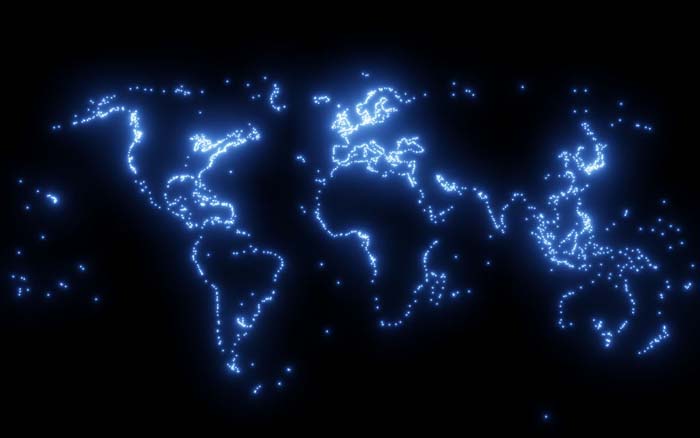 Way back before aircrafts were invented, people used to travel to different countries by ships. Areas along the coastline served as ports for trading goods and as terminals for tourists. Since the introduction of air transportation, most people have been traveling by air. Although some people still prefer maritime transport, most ships are now being used to carry goods to and from different ports around the world.