Recognizing employees’ efforts and hard work is undeniably one of the best ways to keep them motivated. Clearly, a Walmart store in Streator, Illinois knows the importance of doing so. In fact, they did not only name their employee, Sam Reynolds, as cashier of the week. They even took to their official Facebook page to congratulate her online!

Of course, the post didn’t go unnoticed, amassing over 80K likes, 175K comments and 156K shares. Soon enough, people flocked to the comments section to send their congratulatory messages and well-wishes to the hardworking employee. Some even shared their personal encounters with Sam. As it turns out, Sam wasn’t just a friendly cashier who’s notable for her “speedy service.”

Aside from helping customers reach items up high, she had given some of them free tomatoes and old family recipes. Moreover, she had even lent some of them her car and paid off their student loans. Well, it’s almost hard to say which of these stories are true, since many of them appear to be too good to be true. Nevertheless, one thing’s for sure—Sam definitely deserves all the attention and love that she’s getting!

Apparently, Sam’s story is proof that all hard work pays off. Now, she’s not just a cashier at one of the country’s leading retailers, she has even become an internet sensation! In an interview, Sam expressed her surprise towards her unexpected yet growing popularity online.

“This happened for no reason. I don’t even know how to feel. I guess it’s cool. I don’t have time for all the comments.”

When Walmart Streator congratulated their cashier of the week, Sam, on their Facebook page, people couldn’t help but share their “personal encounters” with her

However, Sam’s popularity wasn’t merely an online thing. In fact, fans have started dropping by Walmart Streator to meet the cashier of the week in person and to take pictures with her. Unfortunately, many of them didn’t know that she works there only two days a week. So, they were rather disappointed when they didn’t get the chance to see her there. Nonetheless, there were a few lucky ones who spotted her at Great Clips where she spends the rest of the week working as a cosmetologist.

While it’s true that most of these stories appear to be too good to be true, Sam definitely deserves all the attention and love that she’s been getting! 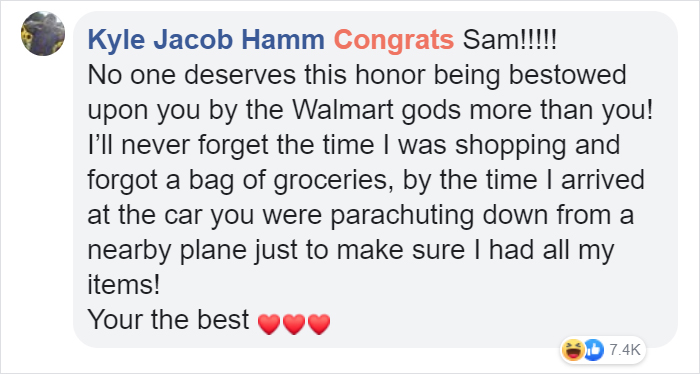 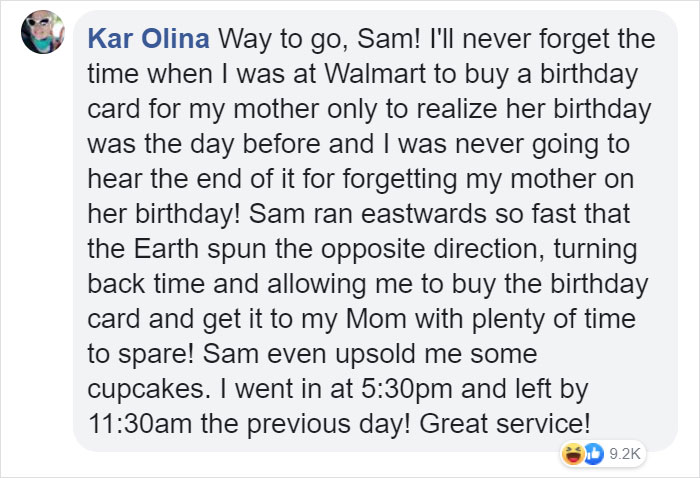 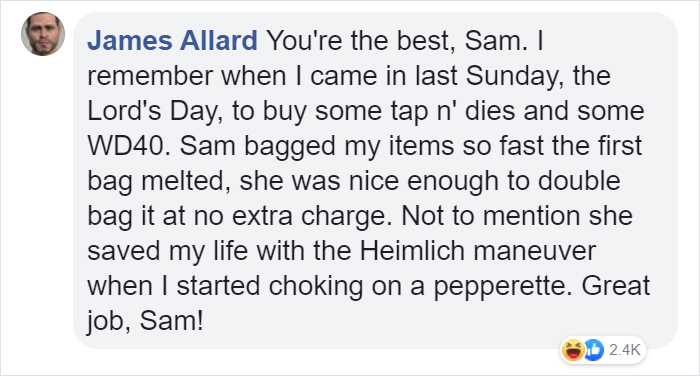 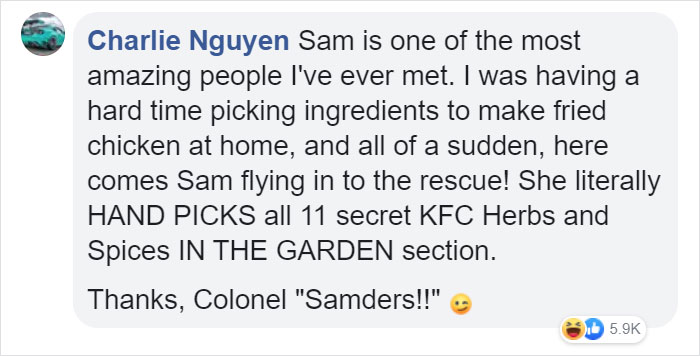 Although it’s fun having people coming up to her and wanting to meet her, Sam admitted it can be quite overwhelming at times.

“I wasn’t expecting it to go all out like this or for people to call into the store. Some radio station in Bloomington was like, ‘We have to find Sam,’ and I got tagged in it like, 47 times. It was a bit much.”

Nevertheless, Sam’s grateful for having colleagues who have been supportive of her along the way.

“We all work as a team here. Everyone has been like, ‘go Sam!’ through the whole thing.”

Kudos to Sam for a job well done, and kudos to Walmart Streator for recognizing and appreciating their employees’ hard work!