There are several keys to a successful business – setting goals, providing a great product or service, maximizing resources, and investing in the workforce, among many others. But every so often, business owners tend to disregard one important factor of success which is to build a healthy work relationship with employees. This particular woman may represent many employees out there who are working for an ungrateful boss. And just in case you need some useful advice on how to deal with your ‘boss from hell’, you might want get a clue from her.

Some employees are fortunate enough to have an appreciative boss who knows their worth in the company. But others aren’t that lucky. Reddit user CallMeSwellington shared a story about his wife who have worked at a consulting company for 15 years. Despite her hard-work and devotion to the company for 15 years, this woman didn’t get the respect she deserved from her employer. What’s even worse was that her employer kept on beguiling her by making promises he didn’t intend to keep.

She was nicknamed ‘Girl Friday’ by her ungrateful boss

After realizing that her boss has done nothing but exploit her without acknowledging her sacrifices, she decided to take matters into her own hands. Her husband thought her story was worth sharing. After getting her permission, he shared her interesting story on a lengthy Reddit post for everyone to read. Full story below: 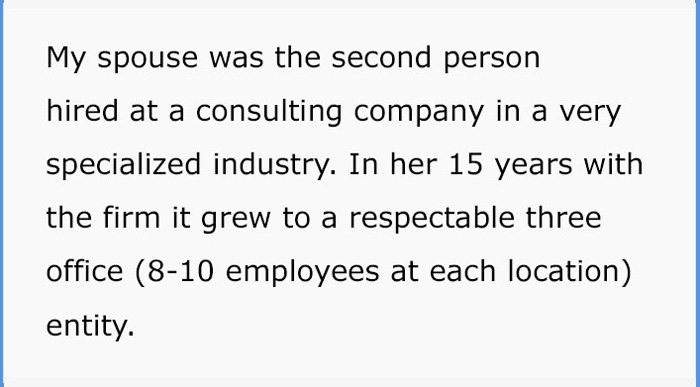 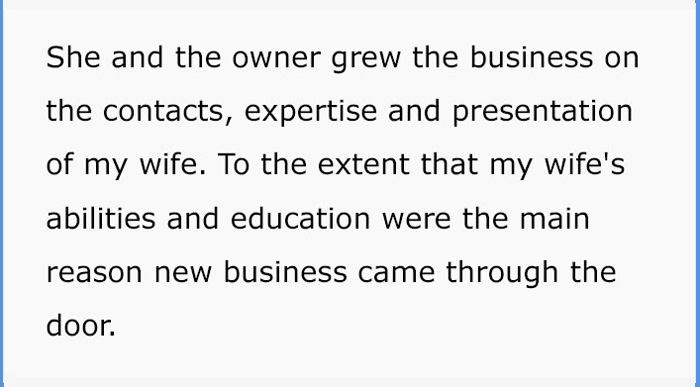 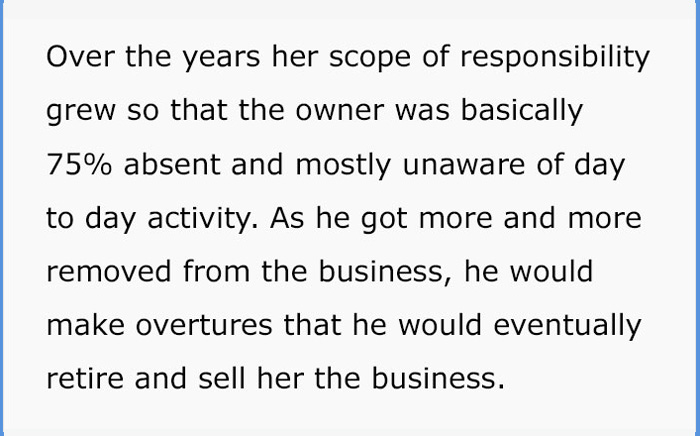 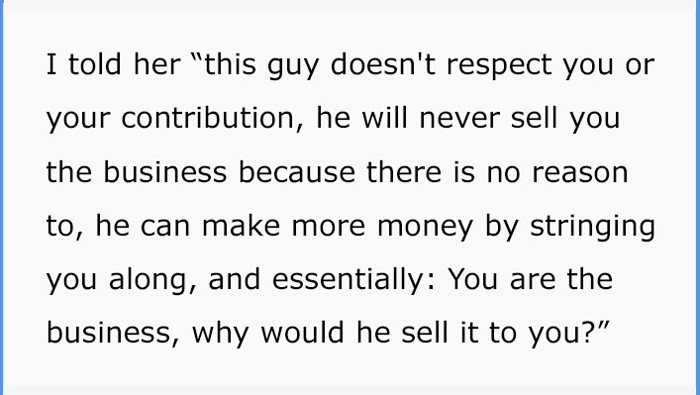 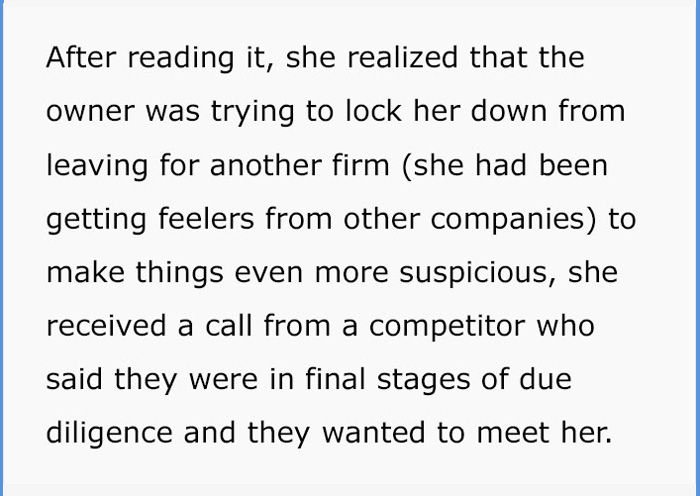 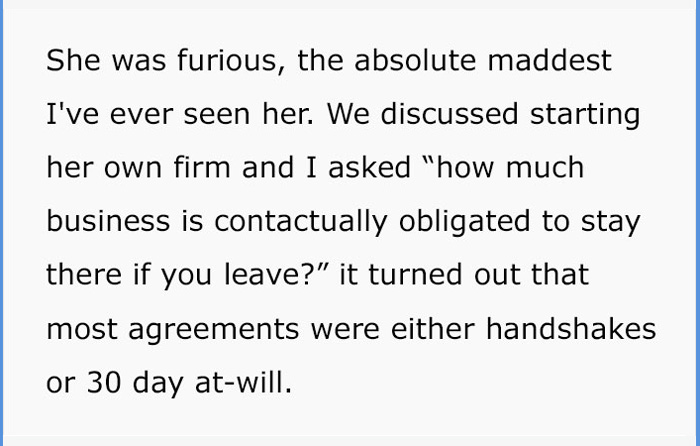 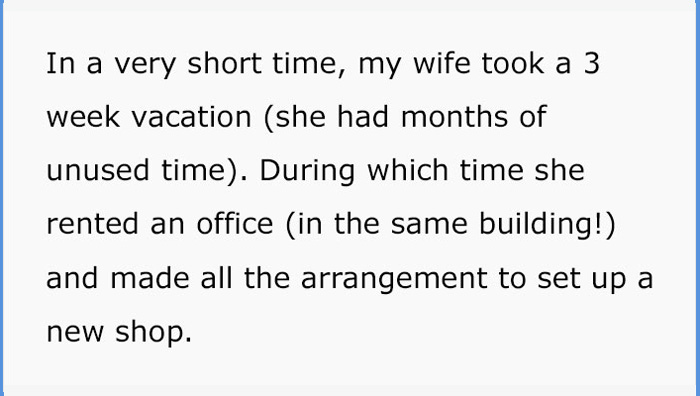 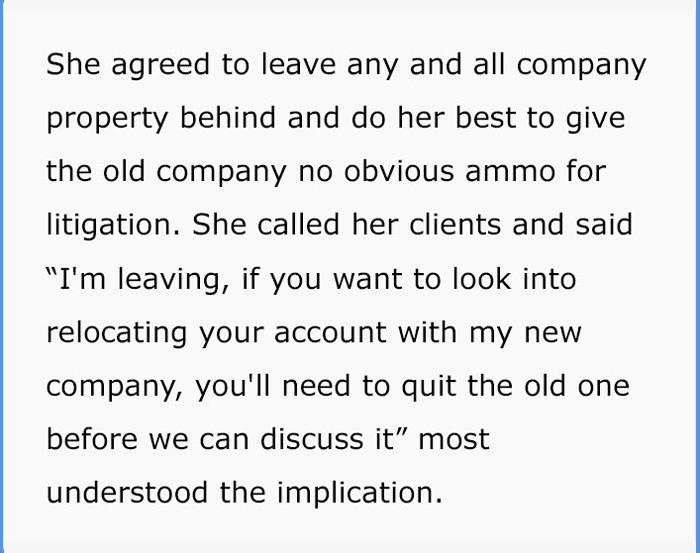 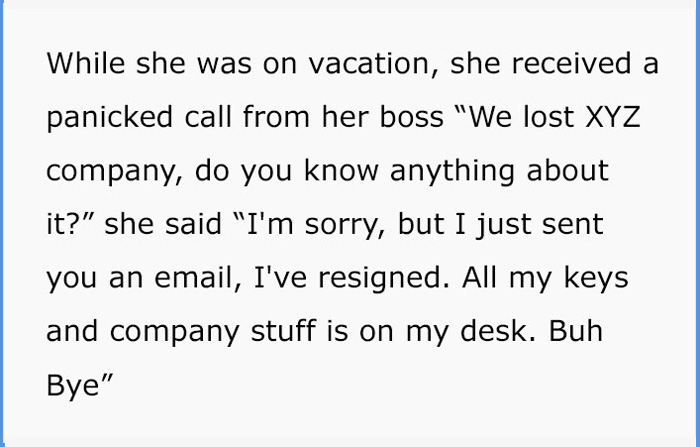 The Reddit post later received encouraging comments. As it turned out, many people can really relate to the woman and also have struggled dealing with greedy employers who don’t care about the welfare of their staff. Many people are also eager to know if her new company is doing well. The OP explained that the situation happened more than a decade ago and his wife’s company has become a very successful enterprise even with the current pandemic. And while the story of getting sweet revenge is nothing short of amazing, the OP’s goal in sharing it is to enlighten many employers the importance of showing respect and keeping their promises to deserving employees.

Here’s what people have to say about this story 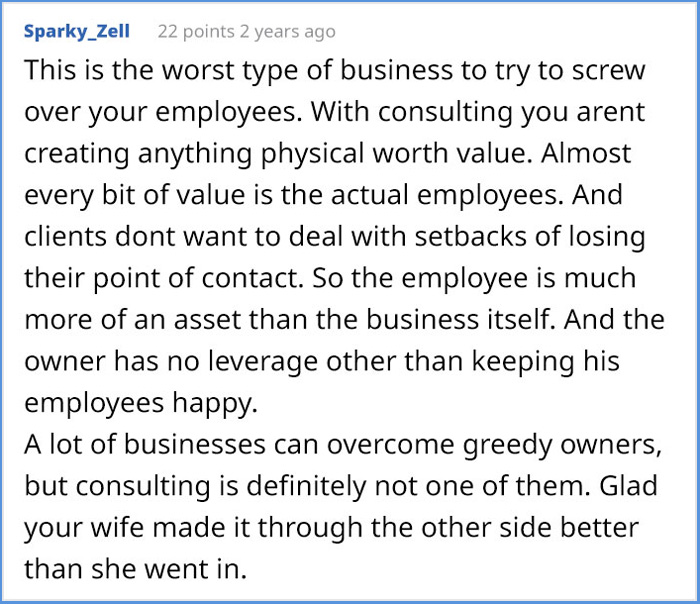