April this year, the significant number of workers who quit their job in a single month broke an all-time record and have remained abnormally high for the last several months. This widespread trend, which economists call ‘The Great Resignation’, has created challenges for companies with millions of jobs left unfilled. According to the US Bureau of Labor Statistics, about 4 million Americans quit their jobs resulting to a record-breaking 10 million open jobs at the end of July.

With the pandemic remaining a threat, the voluntary exodus of workers which is happening not only in the US but around the world, has shaken the entire world of work. But why are workers quitting their jobs now, particularly with the current pandemic plunging global economy into deep recessions? We’ve seen many businesses shutting down or getting short-staffed recently because working millennials are resigning from their jobs. Economists are attributing The Great Resignation phenomena to several factors including low wage, untenable working conditions, and burnout particularly among frontline workers in retail, food service, and health care.

Young People Are Quitting Their Jobs; Economists Call This Trend ‘The Great Resignation’

While the economists are on the mark with these valid reasons, New York Times bestselling author Kurt Eichenwald thinks that the root cause of The Great Resignation is more than these obvious factors. On his Twitter page, Eichenwald gave his two cents on the matter. He commenced his series of tweets by saying that the current surge of voluntary job departures is not about people not wanting to work. But rather, the underlying reason lies on people’s realization that the American dream is indeed nothing but a pipe dream. 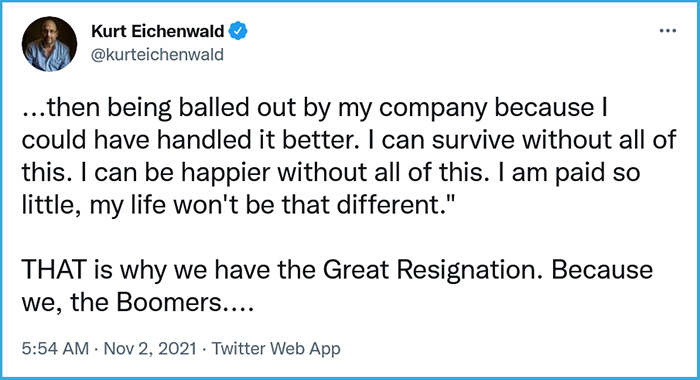 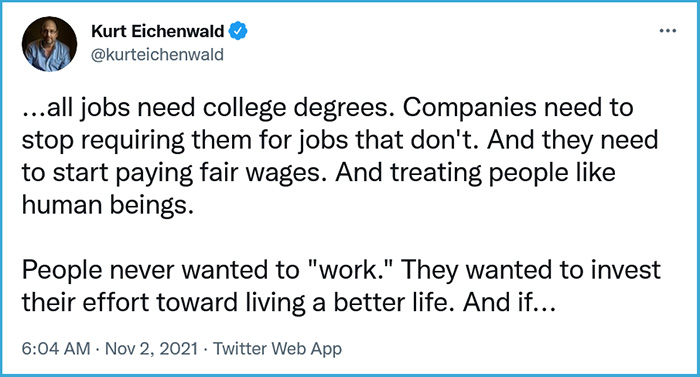 Here’s what people have to say about his opinions 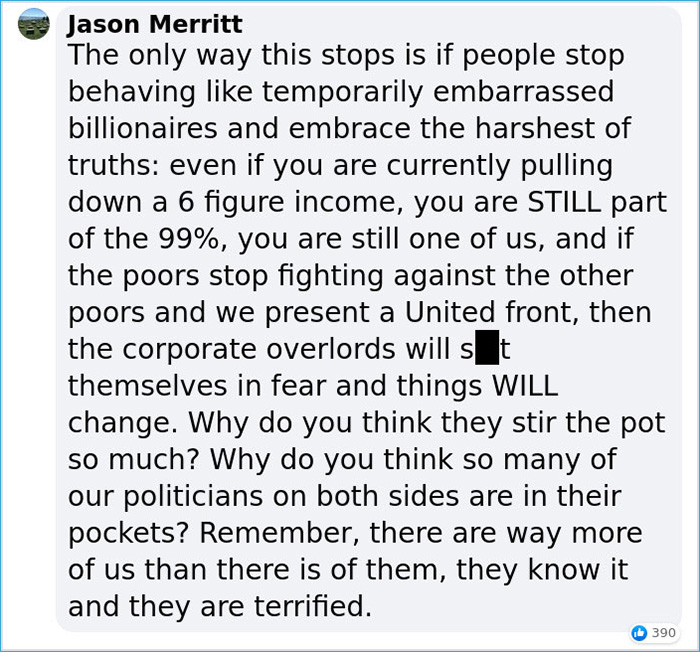 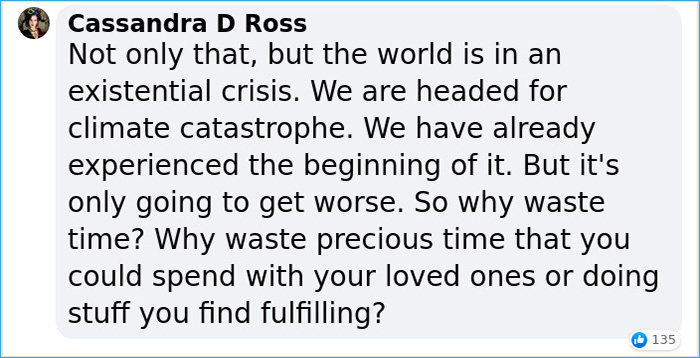 What are your thoughts about the real cause of The Great Resignation? Share your opinions on the comment section below.