Cyclists are more susceptible to road accidents than any drivers on the street, particularly at night. That is why cycling at night is very risky and not advisable. Due to their size, bicycles are the least visible vehicle on the street at night. In order to increase visibility, some cyclists equip their bikes with flashy backlights and headlights. But even with these garish backlights, other drivers still don’t pay cyclists much attention. There must a way to keep cyclists safer in biking at night. But the only way to achieve this is to heighten their visibility in the dark. There must be something that can catch other drivers’ attention to keep these bikes more visible in their eyes. Lo and behold, these testicle-shaped bike lights may be the ultimate solution. 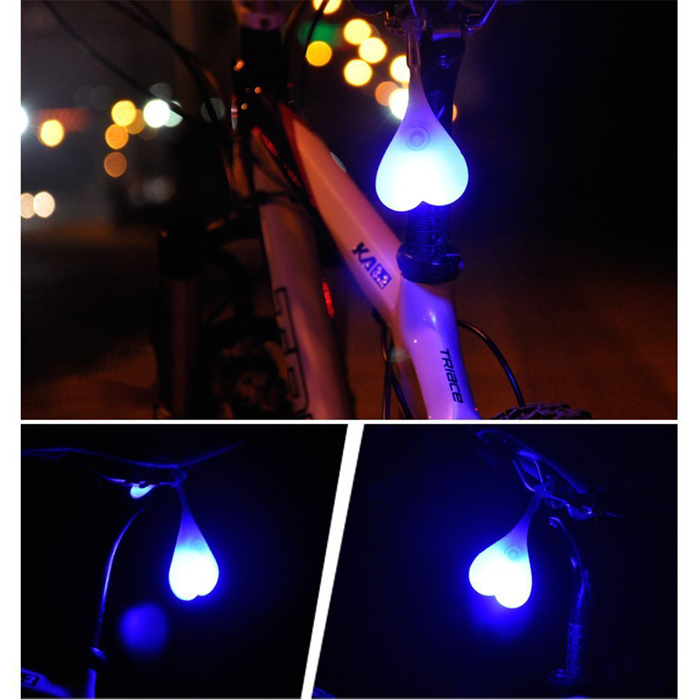 Started out as a project on Kickstarter, these testicle-shaped bike lights aim to improve cyclist’s visibility especially at night. Furthermore, it has an intriguing shape that will definitely draw a lot of attention. At first, the project seemed not to prosper due to its crude design. But it surprisingly garnered almost 5 times its estimated funding goal. Due to the sponsors’ support and high public demand, the testicle-shaped bike lights are now available. 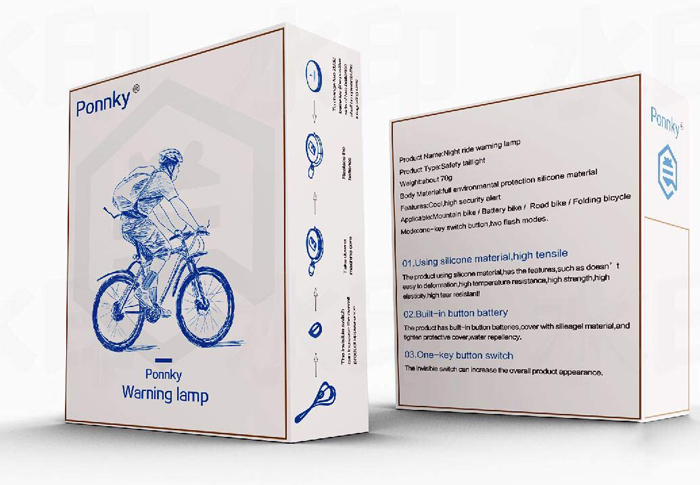 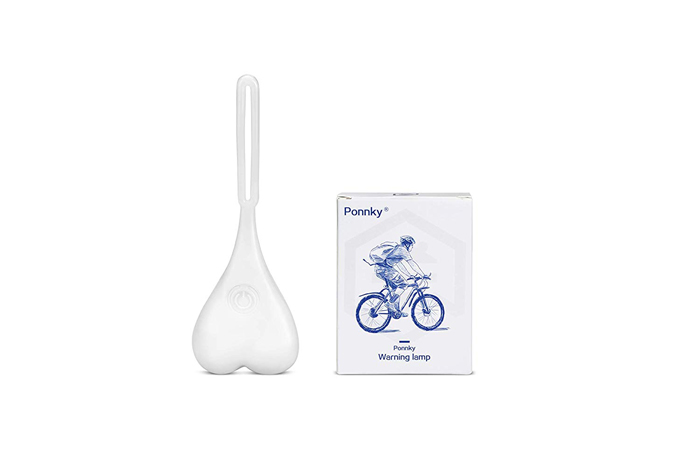 Each ball is made of silicone material to provide elasticity and smoother texture. Inside the silicone shell is an ultra bright LED light powered by two 2032 button batteries. As the bike moves, the glowing bike ball wobbles along to give onlookers the impression of a real testicle. If that can’t catch your attention, we don’t know what else could. 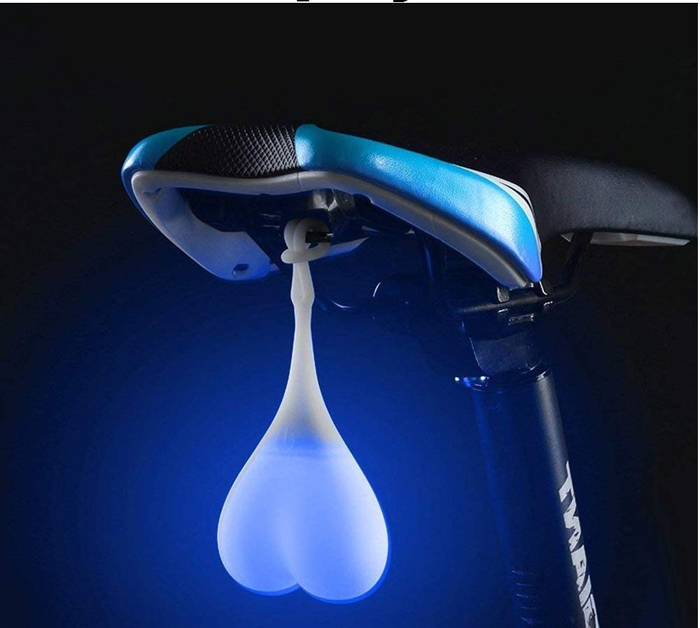 LED lights are available in three different color options – blue, green and red. You can alternate among three different modes by squeezing the balls. These modes include two party modes in which the light flashes on and off either in slow or fast pacing. The third mode turns the light on steadily without flashing. Plus, it comes in a waterproof design so you can use it under any type of weather. Simply mount these testicle-shaped bike lights on the bike seat, press the power button, and then you’re good to go. 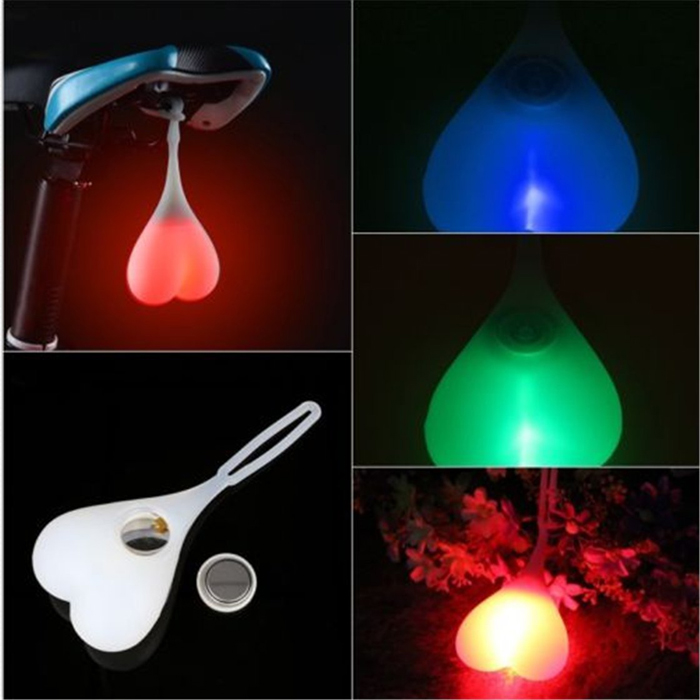 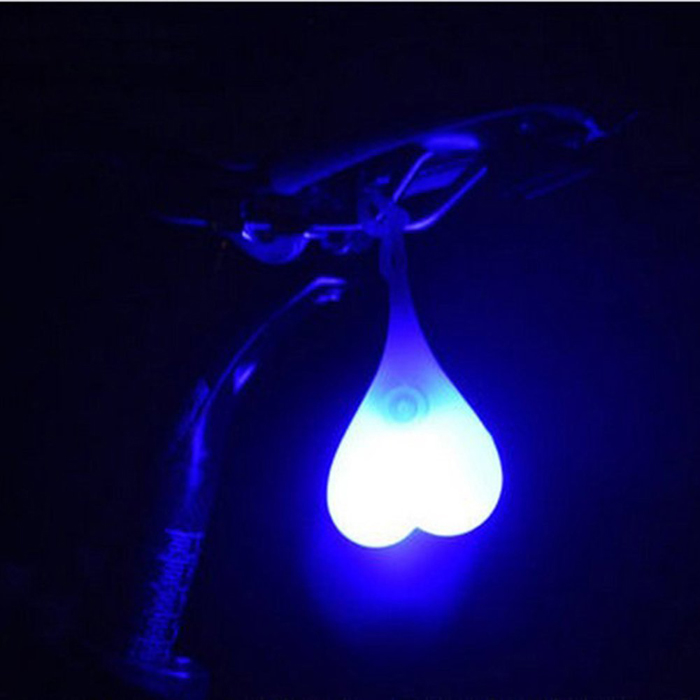 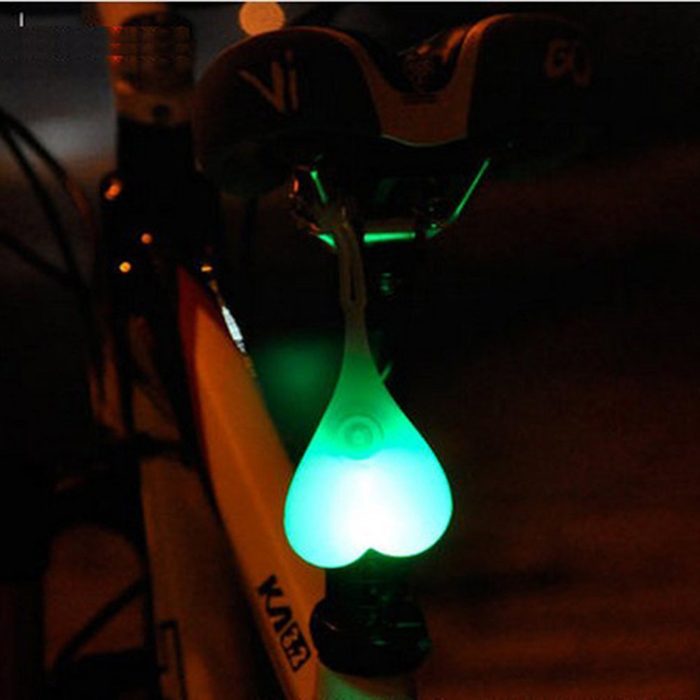 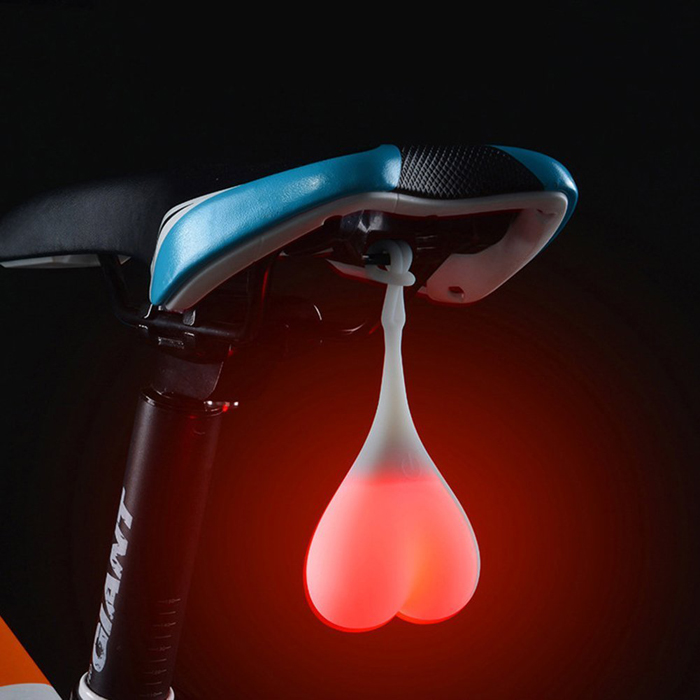 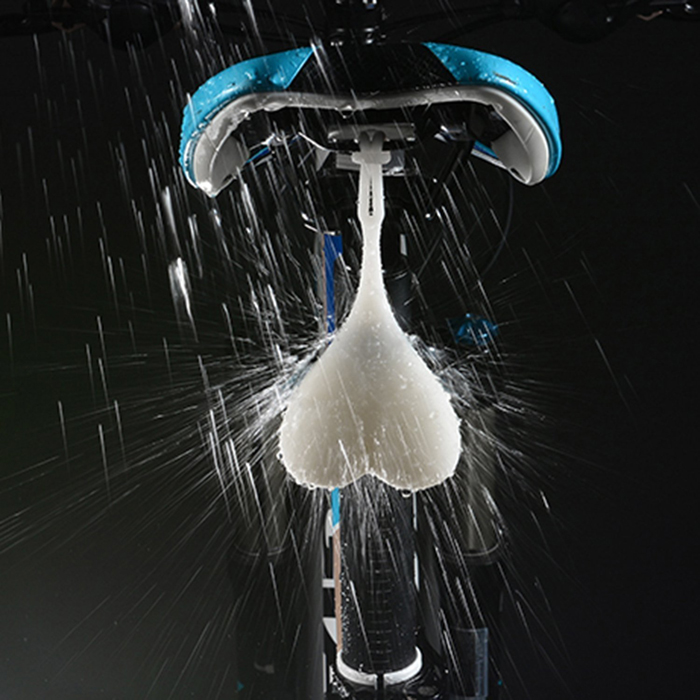 Get your set of light up balls today!