The struggle is real for millennials and Hasbro understands that. So, the leading toy company developed the Monopoly for Millennials to give Generation Y light-hearted experiences that they can relate to as they play the game. Student debt, unemployment, housing costs and low wages – these are some of the financial challenges that millennials are facing today. Aiming to ease up these dire struggles, Hasbro decided to revamp the classic board game and created a new edition tailored towards the Generation Y.

With the tagline that reads ‘Forget real estate. You can’t afford it anyway’, it certainly strikes a chord from the get-go. It’s no secret that the generation is struggling financially and nothing could have said it better. Although some millennials find the concept of the game ‘insulting’, many people believe that accepting the harsh reality and making jokes about it is far better than being bitter and salty when getting slapped with the truth. And the Monopoly for Millennials edition is designed to give a humorous, light-hearted depiction of adulting life. 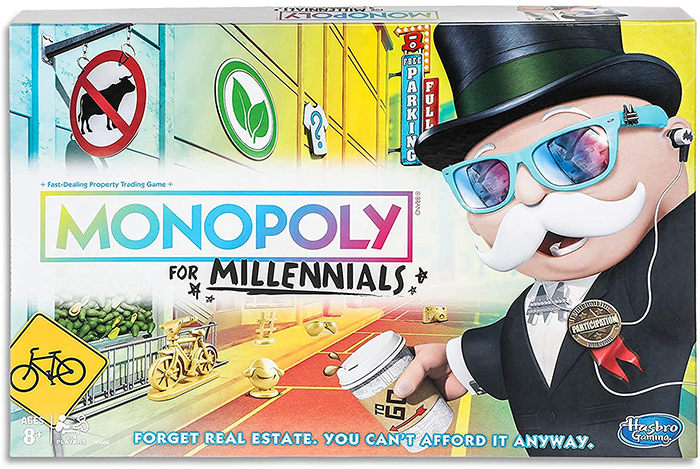 The millennial-edition game revolves around the idea that ‘experiences’ are more valuable than money. That concept alone will make any millennial feel better. So, instead of collecting money, players will collect ‘experience points’. You can collect points by travelling around the board, discovering and visiting cool destinations such as a music festival, a vegan bistro, a farmer’s market, meditation retreat, a friend’s couch and many other places frequented by millennials. Collect more points from players who visit the destinations you discovered first. So, it’s basically just like the original Monopoly game where the first player to ‘acquire’ the most number of destinations wins. 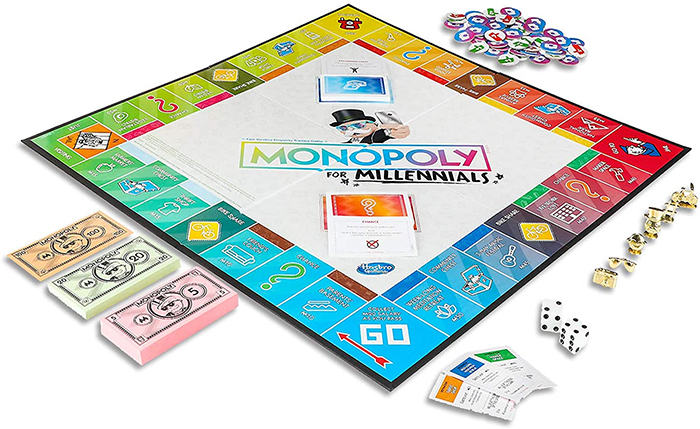 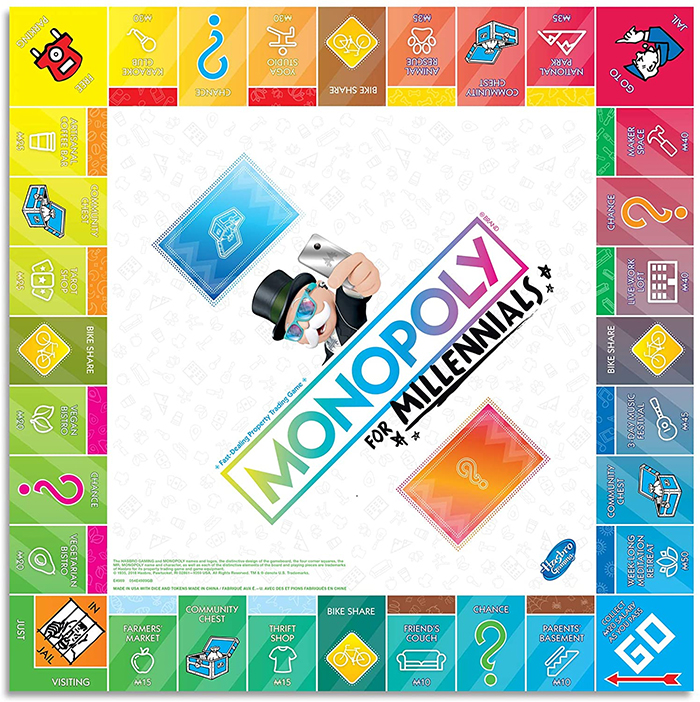 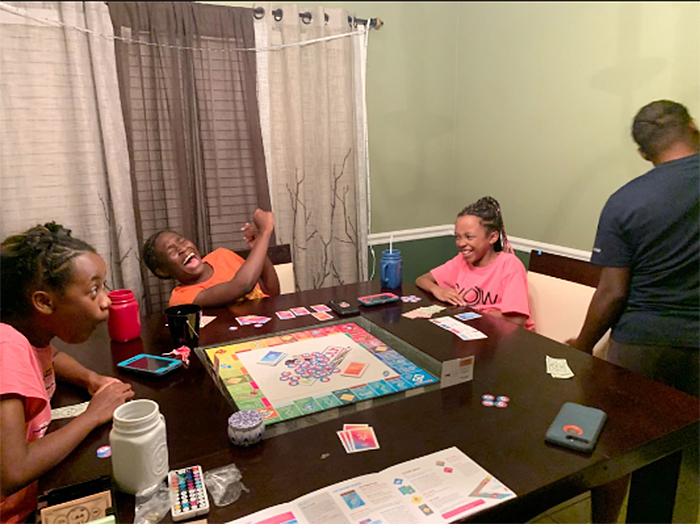 What makes the Millennials edition more fun is the Chance and Community Chest cards that feature super relatable experiences. Let’s take one of the Chance cards for example that reads ‘You were looking for jobs but ended up streaming videos for hours. Pay the bank 20 points.’ Well, isn’t that relatable? And instead of the classic tokens, this new edition features millennial-related tokens including a camera, sunglasses, an emoji, a hashtag, a bike and Pennybags.

A very enjoyable game for the Generation Y, you can gather all your friends and play and laugh at all the relatable challenges in the game. You can also give this as a gift to your fellow millennials. This even makes an interesting game for Baby Boomers, Generation X and Generation Z who have no idea what it feels like to be a millennial. Of course, this new edition is one worthy addition to any collector’s stash. One happy buyer wrote:

“I thought it was just going to be a silly theme overlay on the original game, but it is actually its own unique game. Slightly different gameplay inspired by ‘millennial’ lifestyle. It’s also not an elimination style game like the original. So, the game is easier to commit to with a group.”