Every old home holds a secret and if you’ve recently purchased one then brace yourself for surprising discoveries. Just like these homeowners who found a giant Monopoly board hand-painted on a floor when they removed the old carpet. Buying a pre-owned house is more likely to cost less than building a new one. Furthermore, older homes were built at a time when space was copious and affordable. Hence, they provide more space overall and usually come with vast gardens, driveways, and more off-road parking than newer properties.

Aside from getting a lavish space, pre-owned homes are likely to hold some hidden surprises left by the previous owners. Apparently, many people love a good mystery and the secrets that lie behind existing properties also add to the charm. Indeed, old houses are like chests filled with hidden treasures waiting to be discovered. From trapdoors that lead to underground passages to old strongboxes hidden in the attic containing valuable artifacts. You may never know what treasure awaits you in these old houses. Redditor Yamaha234 recently shared a photo of what his in-laws discovered when they removed an old carpet to renovate the house.

A Giant Monopoly Board Was Found Underneath An Old Floor 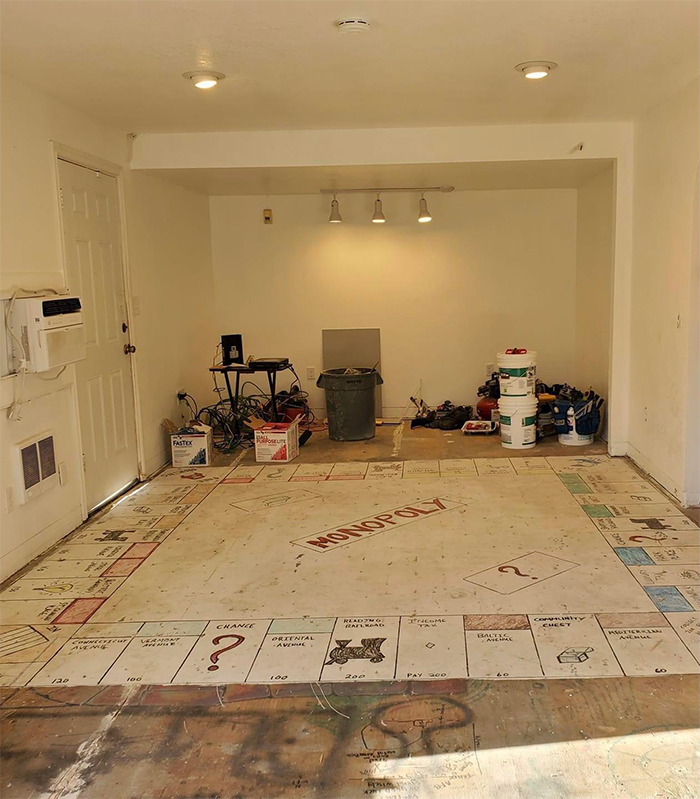 Painted underneath the old carpet was a giant Monopoly board featuring the classic real-estate board game laid out on the floor. The current homeowners believed that it must have been painted there by the previous homeowners years ago. And the owners who came after them probably decided to conceal it with a fixed carpet. One Redditor commented that painted board games on home floors was a home décor trend in the mid-50s. At that time, it must have been a selling point of homes. 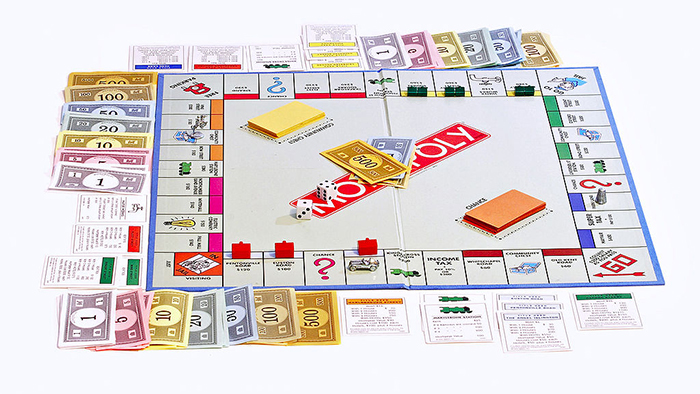 True enough, this is isn’t the first time that a giant Monopoly board was found painted onto the floor of an old house. Seven years ago, Redditor Nnewel shared a photo of the iconic board game when they pulled up the old carpet at the house. So, you might want to pull out those old carpets in your house to see if you have one too. 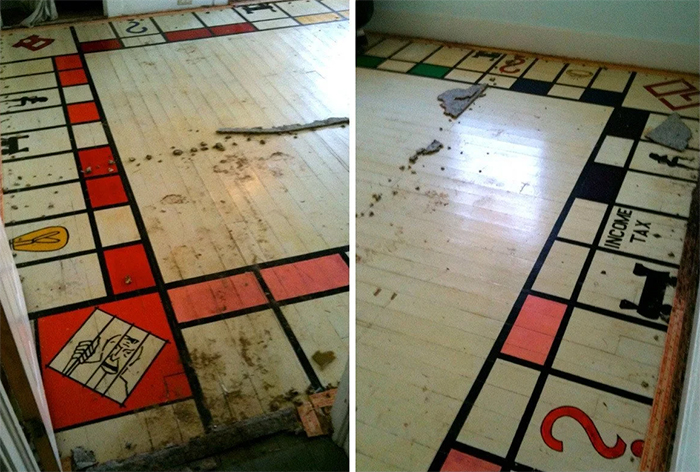