Winning is everything when it comes to competition, whether you’re playing against your best friend or your sibling. Sometimes, even a simple board game like Monopoly can create conflict because some people are just sore losers. If you love this game but don’t want to ruin your relationship with your family and friends, this Bob Ross Monopoly is for you.

American painter Bob Ross rose to fame through his instructional television program that aired from 1983 to 1994. The popular TV host was known for his soothing voice and calm demeanour. In his The Joy of Painting series, the soft-spoken artist played the role of a painting teacher. In addition to teaching viewers how to paint, he also offered inspirational messages. Inspired by Ross’ positivity and peace-loving character, Hasbro released a new version of Monopoly which is dubbed as the ‘most peaceful edition of Monopoly’ to ever exist. 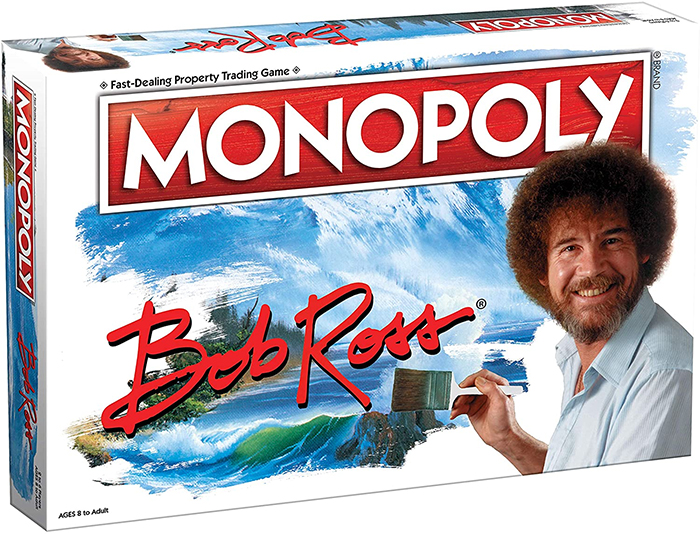 The non-competitive nature of the game ensures no conflict among players. It’s simply a delightful way to relax and ‘take advantage of whatever happens’. Instead of the original tokens, the new Bob Ross version has 6 custom sculpted tokens in the form of an easel, palette, pine tree, fence, owl and squirrel. The game board doesn’t consist of the usual properties, instead it features art supplies and Ross’ famous paintings. Players can buy, sell, and trade the artwork. 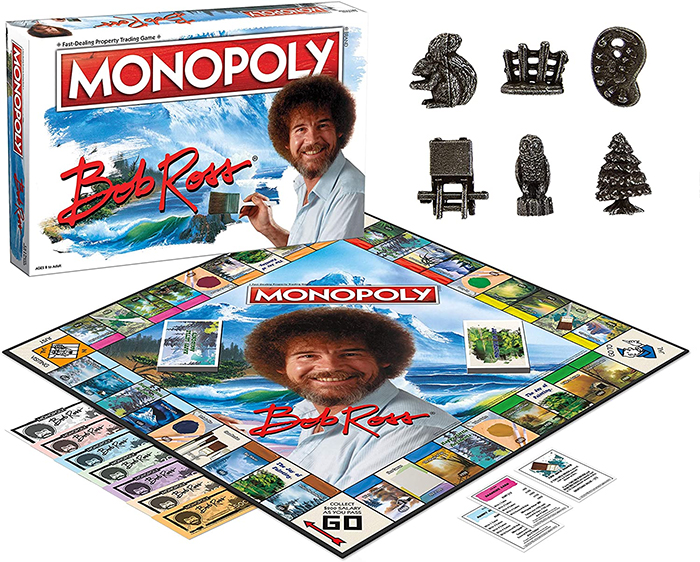 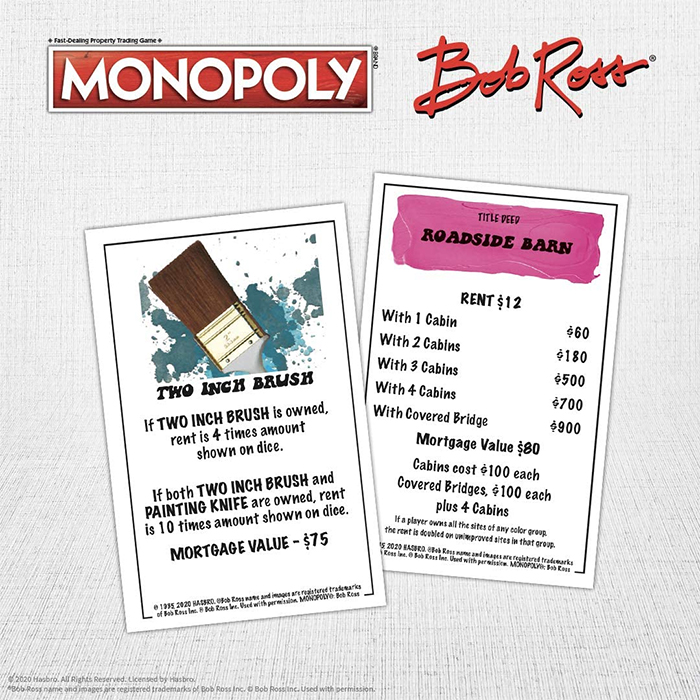 Just like in the original game, players can also build houses (renamed Cabins) and hotels (renamed Covered Bridges) onto their properties. Still, a player’s goal is to charge their opponents rent and win the game by forcing them to declare bankruptcy. To keep with the Bob Ross theme, the Community Chest is renamed The Joy of Painting and the Chance Cards are renamed Happy Little Accidents.

Now, you may already know that these cards can easily send a player into bankruptcy and instantly lose the game in the most ruthless way. But in this new edition, the cards feature some of Ross’ heartwarming quotes along with only favorable chances to avoid conflict. 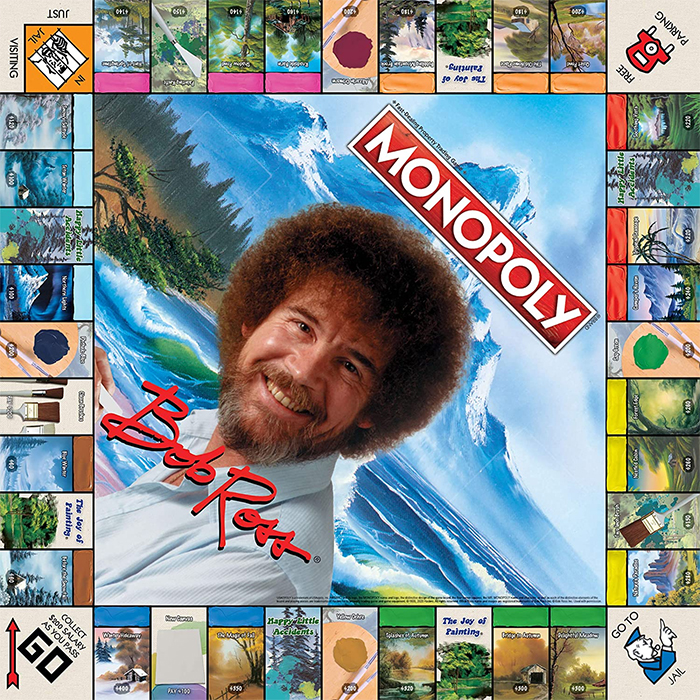 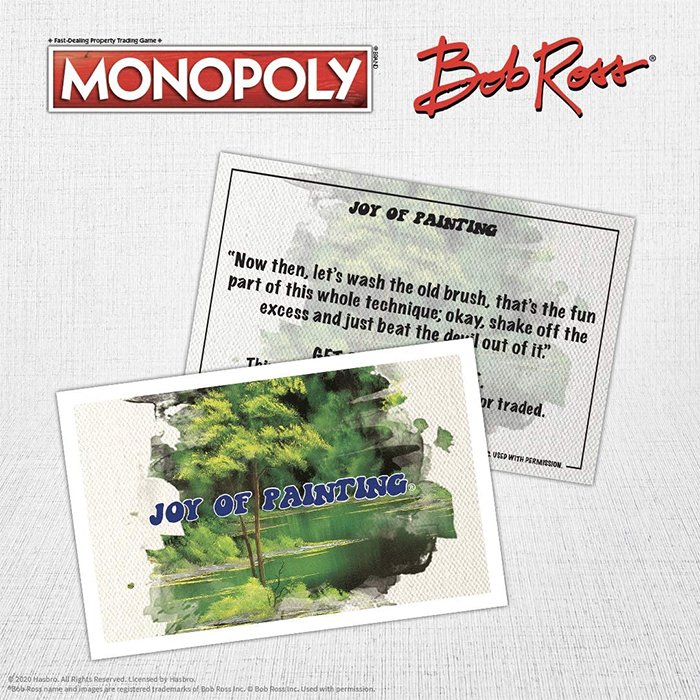 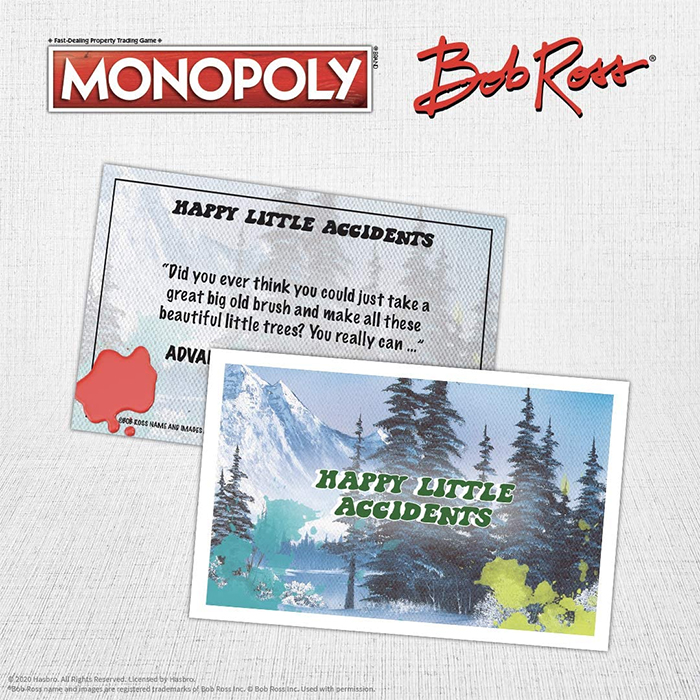 Let the immortal words of Ross soothe your spirit every time you draw a card. Relive the nostalgia and play peacefully with your family and friends. One happy buyer wrote:

“I love it. I collect Monopoly games in general. This one is sooo cute! I’m a big Bob Ross fan so I had to have this one!” 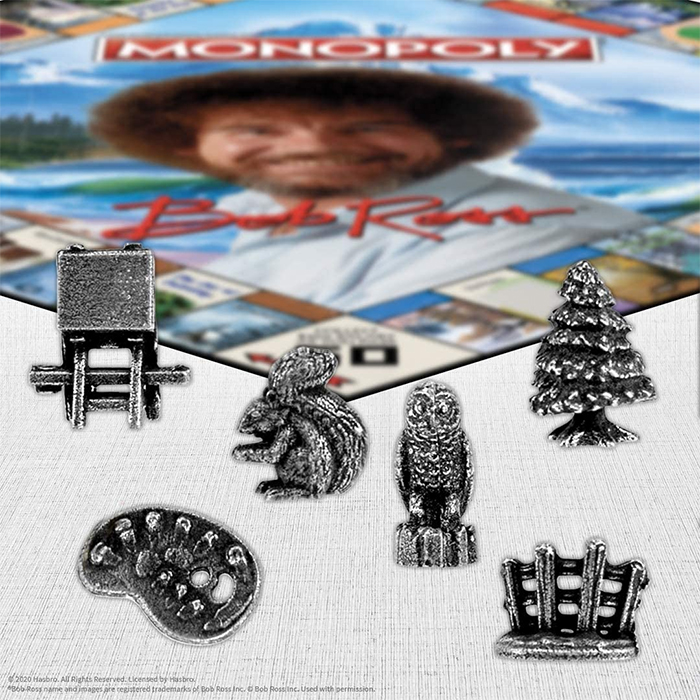 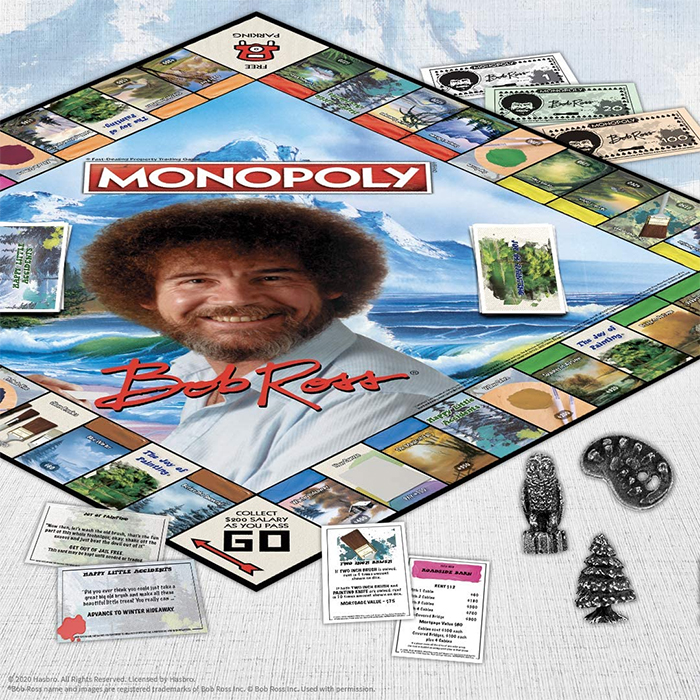