It seems that trick-or-treating is off the table this year. This is definitely terrible news. After all, dressing up in our most dreadful outfits and being rewarded with candy for it is one of the reasons why we love Halloween so much. So we’ve got to figure out how to keep this year’s spooky season as fun as possible, even though we can’t go outside. It might be a good idea to dust off your board game collection. But if you’d rather play with a Halloween-appropriate game, then The Nightmare Before Christmas Monopoly is the game your most sinister dreams are made of!

Of course, gathering around a Monopoly board isn’t how we’d typically spend our Halloween night. But it isn’t exactly safe to venture out for candy handouts yet. Watching Tim Burton’s The Nightmare Before Christmas has become a Halloween tradition that brings families together. So it totally makes sense for it to come in the form of a Monopoly board game! 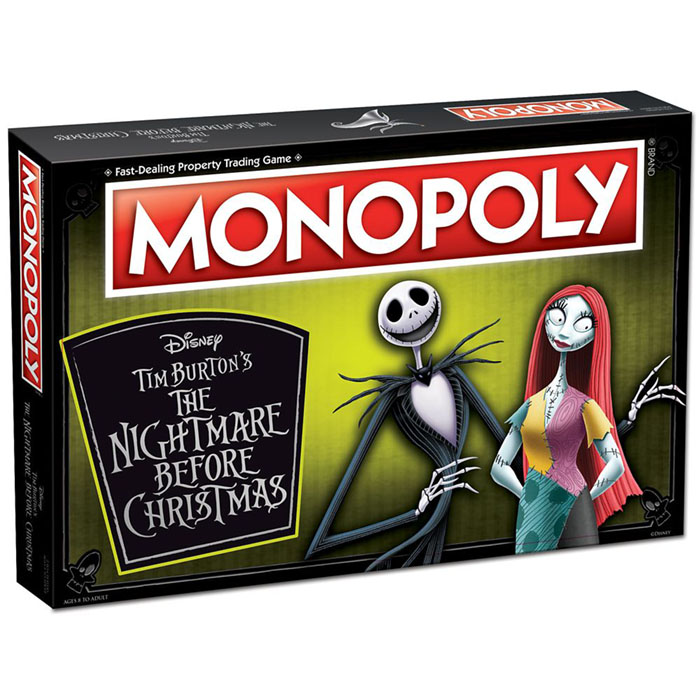 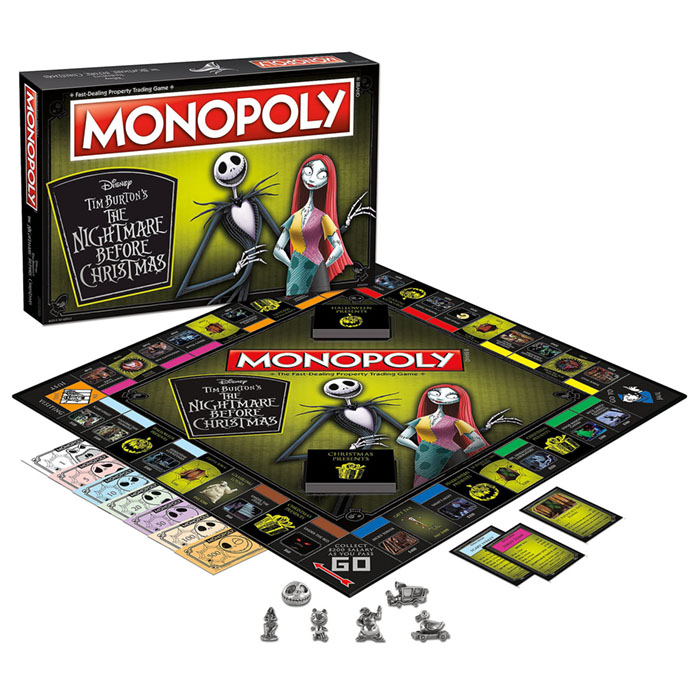 Coming up with collector’s edition Monopoly sets is not new for the iconic board game brand. When they do, they don’t hold back from creating the most awesome board set-ups ever. Take for example their Disney Theme Parks-themed edition that came with a pop-up castle in the middle of the game board! There’s no pop-up feature on this spooky Monopoly board but you do get Jack and Sally grinning up at you. (Though… it would be extra cool if Monopoly had included a pop-up version of Spiral Hill with Jack and Sally standing on top!) 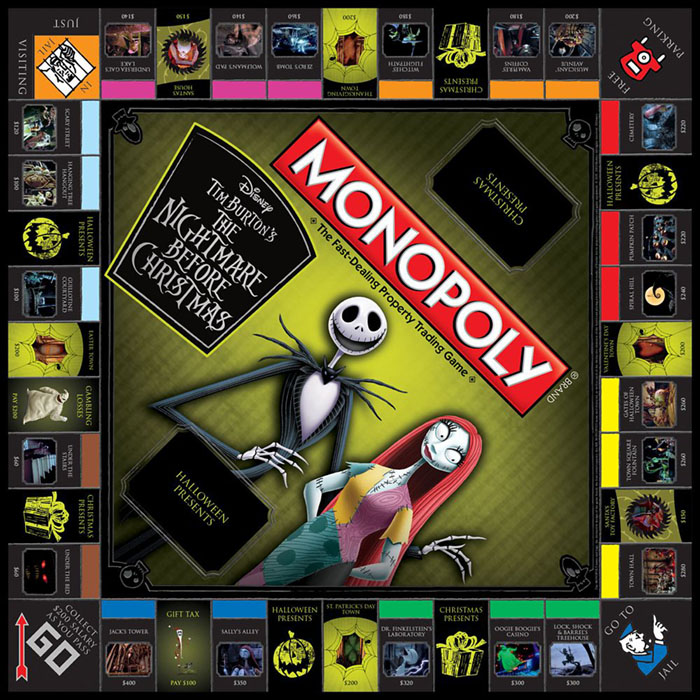 This exclusive Monopoly board comes with custom accessories and trinkets that’s guaranteed to make you and your playmates sing “What’s This?”. This set comes with tokens that come in the form of our favorite Halloweentown residents and items. When you’ve chosen among the creepy tokens, you can take it on a tour of Halloween Town across the board. Some of the iconic locations in the board’s tiles include Spiral Hill, Zero’s Tomb, Dr. Finkelstein’s Laboratory and even the Town Square Fountain! 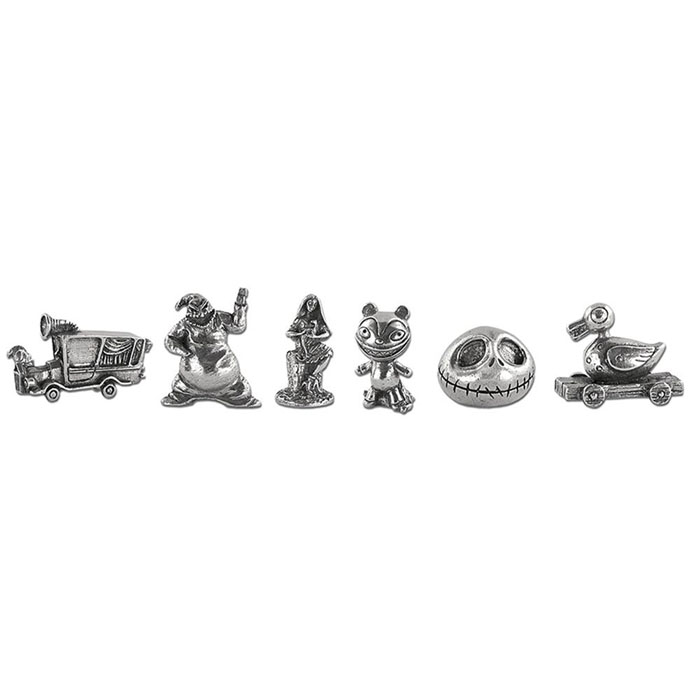 This creepy board game will definitely make your spooky season nights way more exciting. Who wouldn’t be excited to earn the Pumpkin King’s currency? So it’s a good thing that this board game can accommodate 2 to 6 players at a time! Get it here.