Have you ever wondered what it takes to become a villain? Well, now you can play the role of your favorite antagonist with the Monopoly Disney Villains Edition. A villain plays just as important a role as the protagonist. Without an antagonist, the hero can’t shine. And admit it, sometimes we can relate to them more than the heroes of the story. So, it’s only fitting to also pay tribute to their wickedness because the conflict and problems they bring are what make a story more exciting.

Disney, without a doubt, has the greatest villains that we could ever imagine. Of course, these vicious characters all share a common goal of making the heroes’ lives miserable. But we can’t deny their formidable charisma that draws us more into the story. Just as we have our own favorite Disney protagonist, there’s also that one villain who we love to hate. Now you can unleash the inner supervillain in you by playing as your favorite antagonist with the Disney Villains Edition. 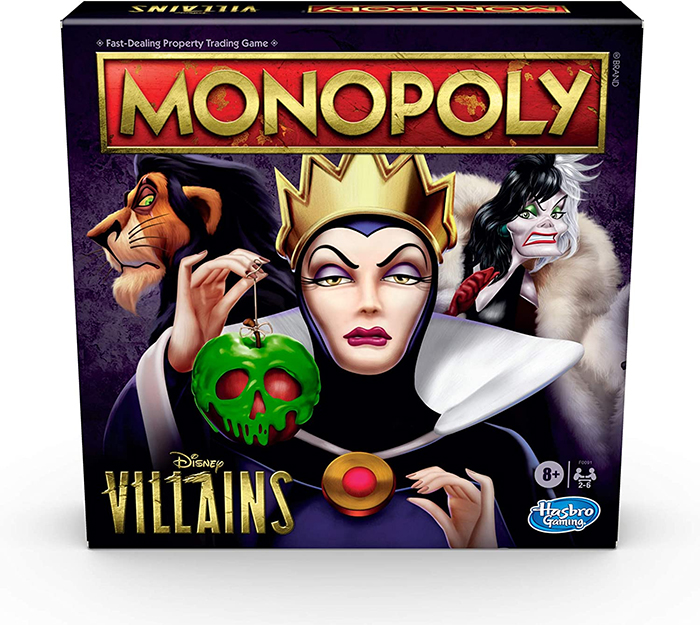 The Disney Villains edition is the same as the original. But instead of the standard set of Monopoly pieces, the player pieces feature classic villains from the movies. You can choose to play as the Evil Queen (Snow White and the Seven Dwarfs), Scar (The Lion King), Maleficent (Sleeping Beauty), Cruella de Vil (101 Dalmatians), Captain Hook (Peter Pan) or Jafar (Aladdin). So, pick your poison and get ready to win it all. 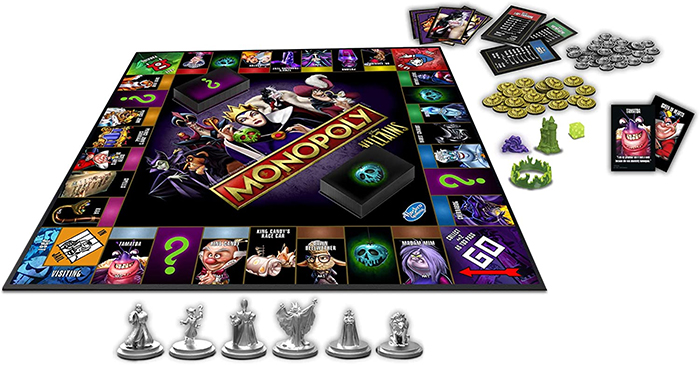 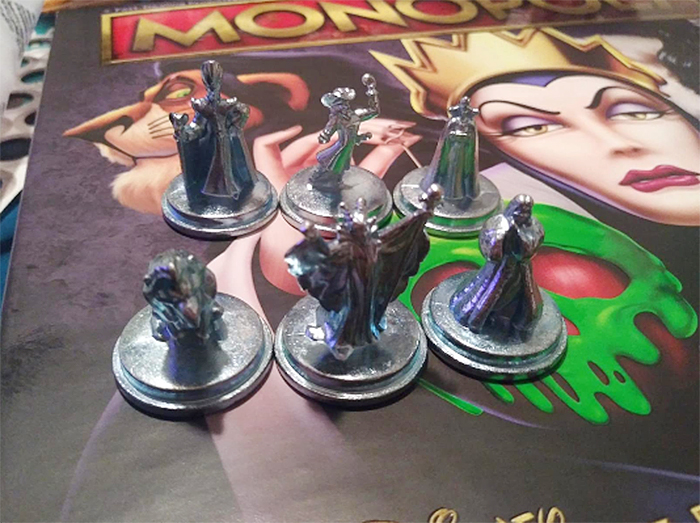 Each player piece has its own special ability shown on their Power Cards. But keep an eye out for the Poison Apple Cards that grant players the power to steal money and properties from opponents. Instead of locations, players gain properties by hiring other Disney villains that they can also buy and sell. The more villains they hire, the more rent they’ll be able to collect from other players. Just like the original game, the last player with money wins. One happy buyer wrote:

“Amazing! I am so excited about this game. It has a 45 minute play time and is very simple to play. It has a lot of differences from the regular game and looks a lot more fun. I collect Monopoly games and this may be my favorite!” 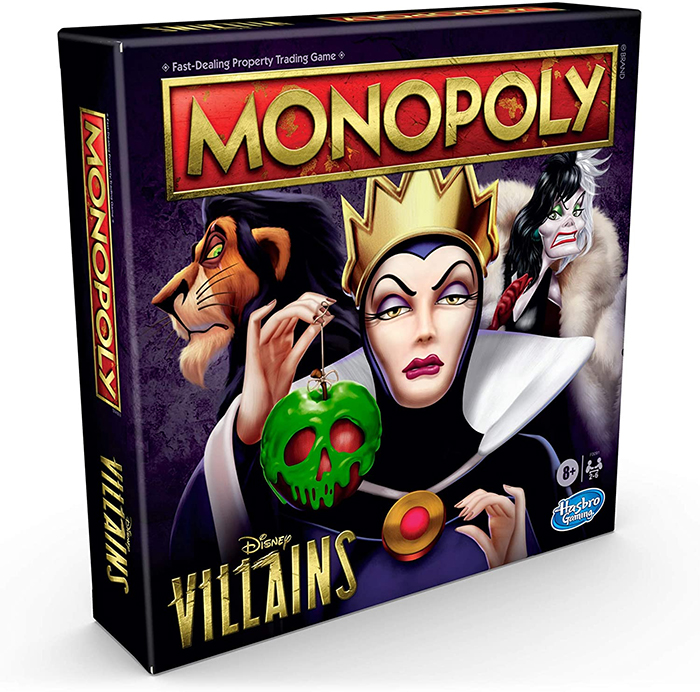