2019 marks the 30th anniversary of Tim Burton‘s 1989 Batman. While the Batman empire has amassed an impressive list of cinematic creations over the years, the 1989 version remains to be one of the most celebrated versions. Fans of the franchise love this particular film for a number of reasons. One of the reasons die-hard Batman fans hold the movie in high regard is the way Michael Keaton handled the titular character. According to them, Keaton’s portrayal perfectly captured the dark and foreboding aura of the character presented in the comics. Another reason fans love this movie? Batsman’s wheels. When the 1989 movie debuted Batmobile, fans collectively lost their minds. Now, in celebration of its tricennial anniversary, diehard fans can soon build their very own authentic-to-detail LEGO Batman model inspired by the 1989 film! 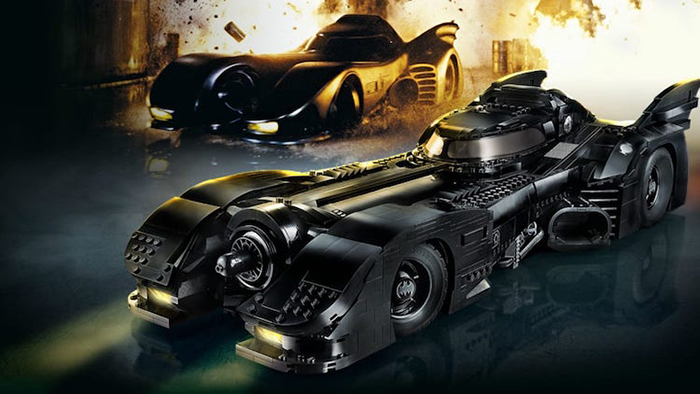 Tim Burton’s 1989 Batmobile was like something straight out of the mind of Bruce Wayne himself.

The Batman comics debuted 80 years ago and the Batmobile has been one of the greatest cars in comic book history ever since. Before the turbo-charged tanks, Batman was blazing through the streets of Gotham with a gorgeous black beast on wheels. Tim Burton’s rendition of the Batmobile was so on point with the caped crusader’s aesthetic that it’s been used as the basis design for all the more modern renditions throughout various media.

This 30th anniversary LEGO Batmobile is the most accurate replication of the superhero vehicle to date.

“Build and proudly display a stunningly detailed LEGO brick version of the 1989 Batmobile.”

This Batmobile kit is every Batman fan’s dream come true. The kit contains 3,306 pieces and a 435-page instruction book. It’s perfect for when you want to go under the radar for days (or weeks). When finished, the build measures a whopping 60 cm (23 inches). At that size, it would only be fitting to have it displayed for all your fellow Batfans to go crazy over. It’s definitely the perfect gift for your Batman-loving significant other, father, brother, sister, or best friend!

There’s gizmos and gadgets galore too.

“The wraparound windshield was created for this model.”

LEGO has produced multiple Batmobile sets since they began putting out merchandise for the franchise in 2006. But they’ve certainly outdone themselves this time! This model is the first one to actually give the Dark Knight’s signature ride the replication it truly deserves.

The LEGO Batmobile packs a lot of features that’ll surely thrill any super fan. For starters, this model features a slide-open cockpit with a new-for-November-2019 wraparound windshield element. Two minifigures can easily fit inside the incredibly detailed cockpit. When the build’s turbine exhaust is rotated, two non-shooting machine guns will pop up from underneath the vehicle’s bonnet.

Another authentic detail included in this build are two grappling hooks placed on either side of the mobile. Moreover, the wheel trims bear the image of the superhero’s logo. If you look closely, the front and back tires are differently designed!

The minifigures of Batman, The Joker, and Vicki Vale, have new new torso and face decorations, complete this special edition LEGO kit. Fans will be able to get their hands on this epic Lego Batmobile kit on November 29, 2019. Until then, have your $249.99 ready!