Lord of the Rings’ fans will love this LEGO recreation of the Helm’s Deep battle scene. Rich-K and Big J are the guys behind this masterpiece. It took a total of 4 months to build. The pair used an eye-watering 150,000 LEGO bricks and 1700 figurines to create the iconic battle scene. They took great attention to detail, adding scenery, catapults, ladders and of course the towering walls. The scene is about the size of a ping-pong table and weights around 160 lbs.

It wasn’t all sunshine and roses getting all the necessary pieces together. Goal Kim says,

“Once [the] LEGO set was released last year, I thought, is this it? So I started to collect mini-figures from around the world specially Elf. It was painful process since I was only able to get 6 from Germany, 8 from Poland, etc in order to get enough Elf to represent [the] movie scene.” 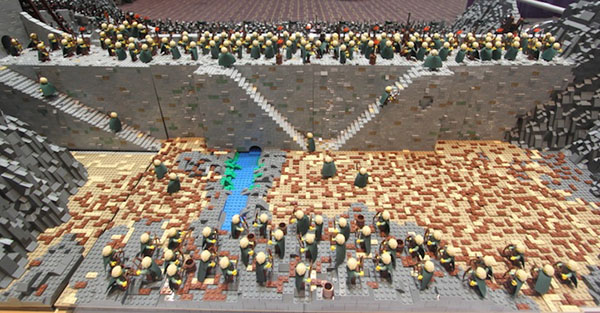 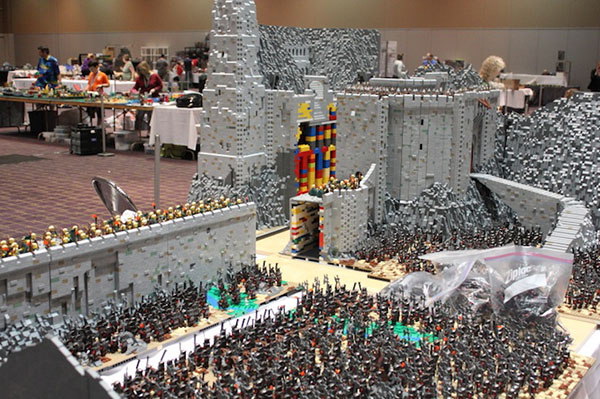 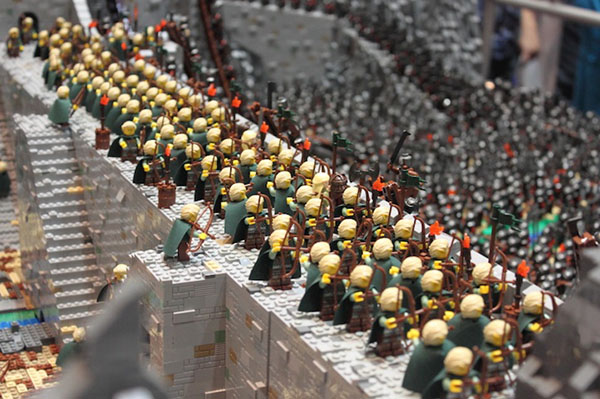 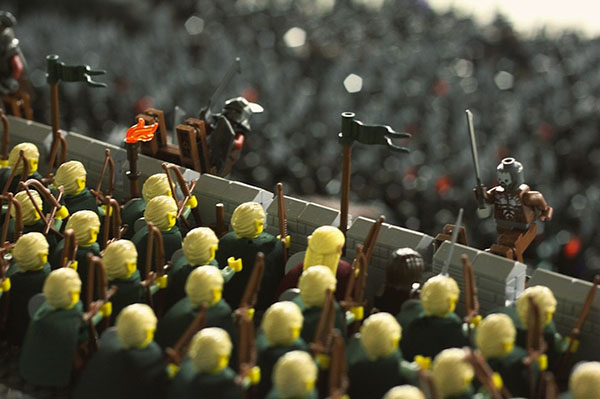 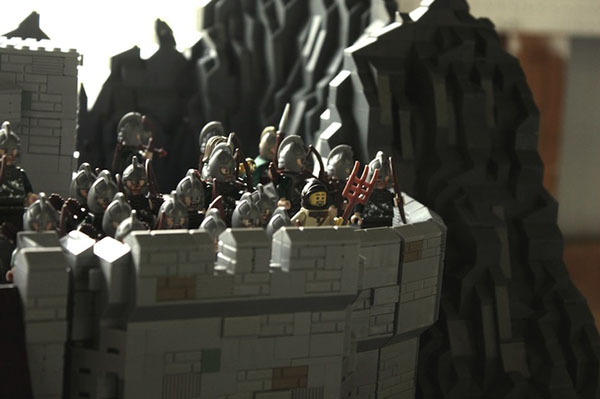 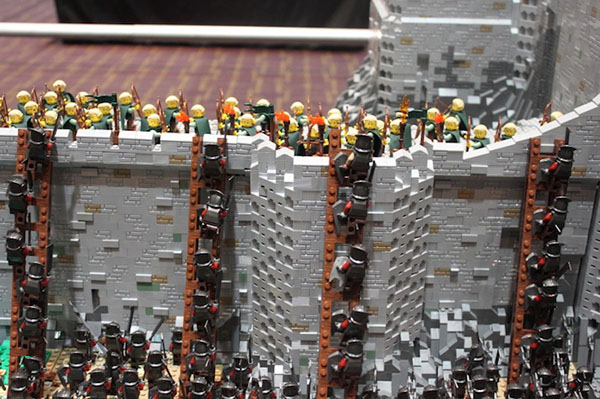 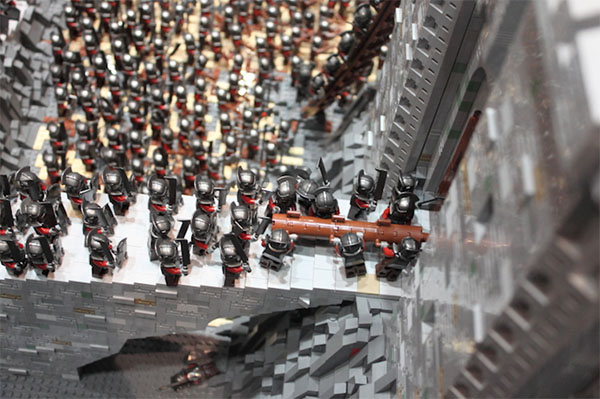 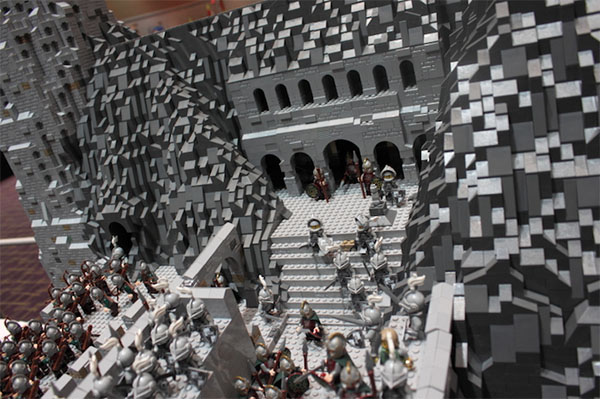 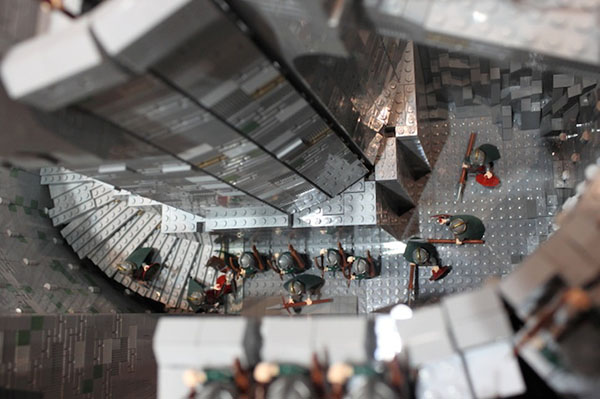 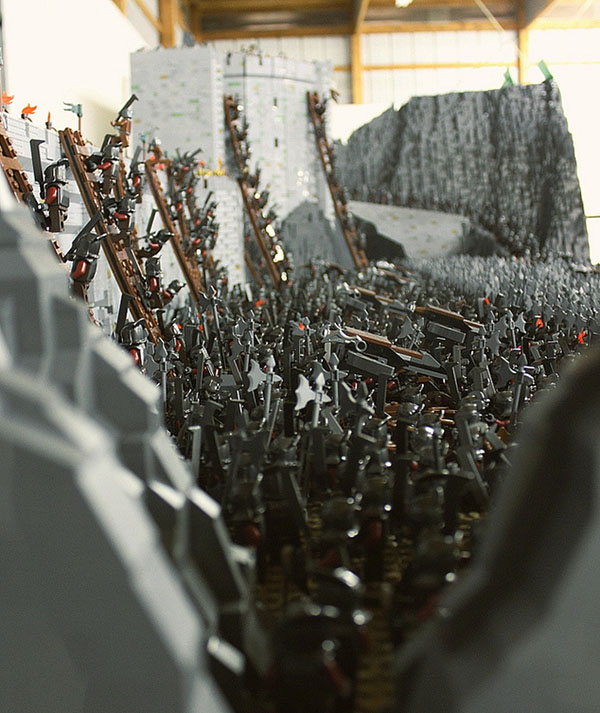 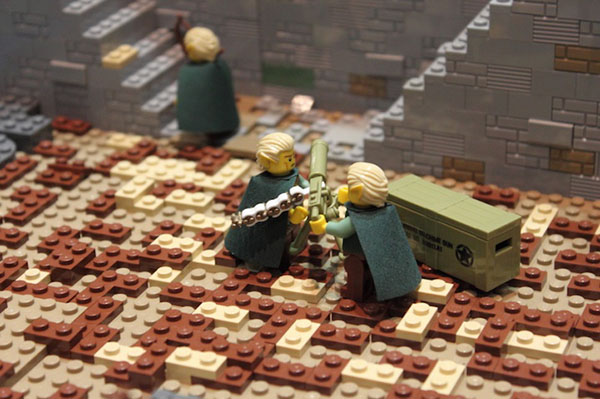