People love to explore and discover new things but it’s a different story when you stumble upon something creepy. That’s exactly the case for two daring YouTubers in their attempt to explore an abandoned wildlife park in Victoria, Australia. One of them discovered a rare yet repulsive find – a great white shark carcass.

In their 30-minute video, the pair started their exploration by entering the creepy and forsaken property. The foul smell of rodent feces scattered over the entrance didn’t stop them from going forward. Stepping into one of the buildings, you can see pieces of litters, old appliances, and broken furniture scattered all over the place. These are solid evidences that the abandoned park is now the home of squatters. Moving forward, the curious YouTubers found a tank filled with murky greenish liquid. Upon closer look, they found out that the tank contains something other than liquid. Inside the tank was a five-meter great white shark carcass.

A shark carcass in an abandoned wildlife park

The Daily Mail reports that the derelict wildlife park was closed down in 2012 by the Department of Sustainability and Environment. One reason for the closure is that the park didn’t have a license to exhibit native animals to the public. Another reason is that the park has committed several offences against wildlife. The great white shark was already dead when the park acquired it. The dead shark was found entangled in tuna fishing nets in South Australia way back in 1998. And the wildlife park decided to preserve the shark by putting it in a tank full of formaldehyde – a strong preservative chemical. 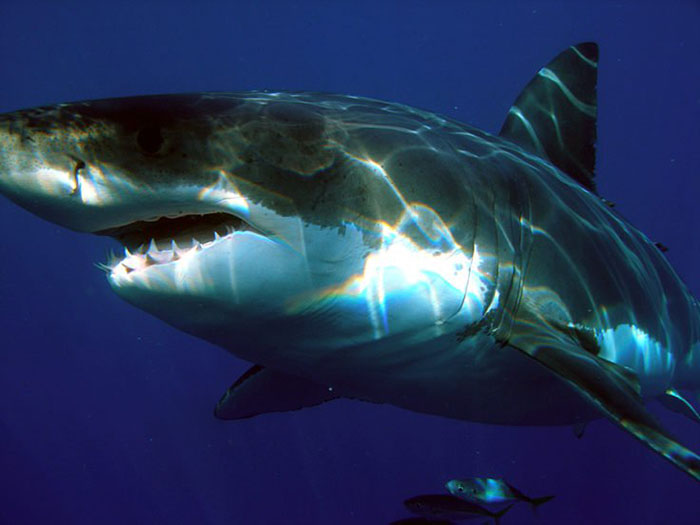 After its closure, the operator has to surrender all the wildlife to the RSPCA and the Department of Sustainability. Unfortunately, they were unable to accommodate the dead shark. So, the carcass has to remain in the park to just let it rot in time. The great white shark carcass has been staying in the tank for almost seven years until its discovery in November 2018. As expected, the YouTube video of the discovery went viral, gaining around 12 million views as of this writing.

The video sparked the interest of the public and many people wanted to see the great white shark carcass for themselves. However, this sudden rise to fame seems to do more harm than good. Dom Krapski, a Melbourne photographer, recounts thru Instagram regarding his visit to the famous tank in January. According to Krapski, the roof of the tank has been torn off by vandals and some parts have been destroyed. With the tank open, it is only a matter of time before the chemical loses its potency. When that happens, it can no longer preserve the dead body and the great white shark carcass will quickly rot away.

After its sensational discovery, everything makes you realize that it might have been better if it hasn’t been found out. Submerged in chemical preservative in a tight-locked tank, the carcass could still make it for several years. But nonetheless, let’s just enjoy it while it lasts.