We have always believed that cats and dogs are mortal enemies and they can’t live together harmoniously. But some pet owners can attest that canines and felines can become friends and can get along with each other. A husky who was raised by cats is proof of this. And now this adorable dog thinks she’s a cat.

Meet Tally, an internet canine phenomenon. Back in 2014, her owner shared a photo of her on Reddit showing her lounging under a table and acting like a cat. The internet immediately fell in love with the cat-like dog and everyone wanted to learn more about how Tally got her cat-like behavior. So, her owner took to Imgur to tell the whole story.

This Husky Raised By Cats Thinks She Is A Cat 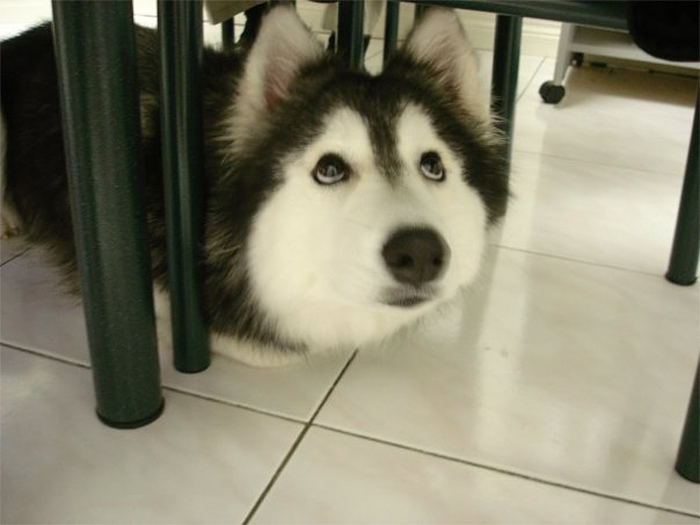 Tally Is Not A Full Husky

Her owner revealed that Tally isn’t completely a husky but a mix of husky, malamute and a little bit of something else. But they prefer to call her ‘husky’ anyway. According to them, Tally had a previous owner who also owned several cats. So, she grew up and spent most of her childhood with cats. Growing up in a feline family, Tally acquired the misorientation that she is a cat rather than a dog. For some reason, Tally was given up by her previous owner and was adopted by a new owner when she was 2 years old.

“Better view of her cat-pose” 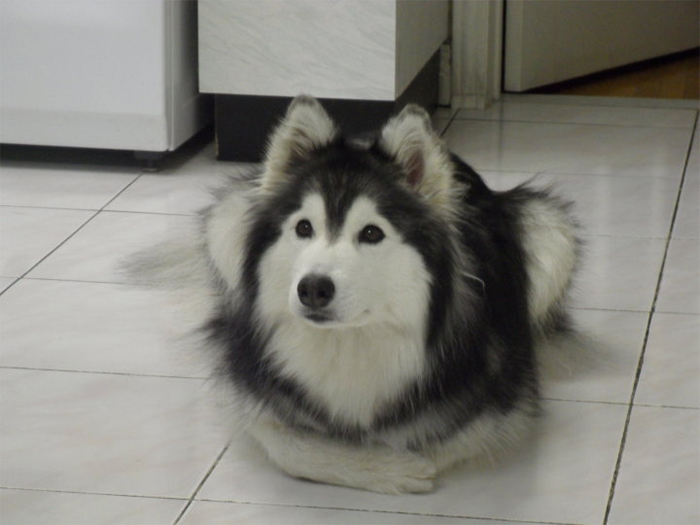 She has all the classic cat behaviours

Just like most cats, Tally usually sleeps with her belly up, hide inside boxes and lazes around observing people while silently judging them. Obviously, those are cat things. Her new home doesn’t have a cat around and she only had other dogs to play with. But she seems to ignore other dogs and her owner thinks she misses the company of her fellow felines. 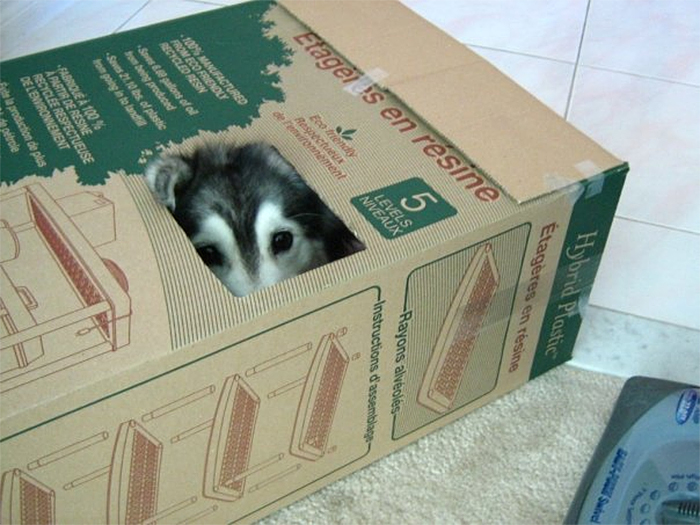 “Forgot to mention that she’s almost completely mute. She likes to lie there, observing people and silently judging them all day.” 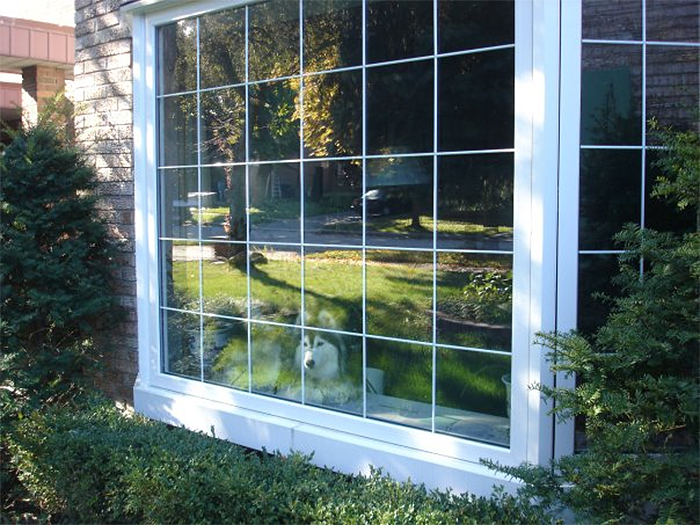 “She’s not allowed to go upstairs, but she’ll try to sneak up one stair at a time. You can usually tell how badly she wants you to come downstairs by how far she’s gone up the stairs.” 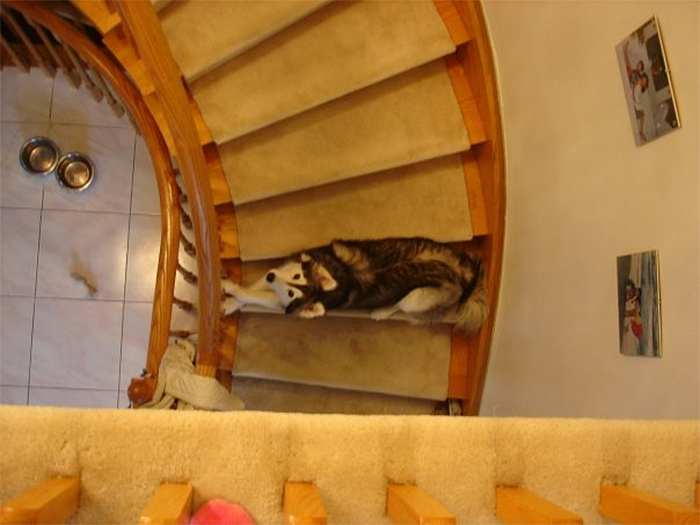 Due to popular request, Tally’s owner decided to share the story behind the husky raised by cats along with photos. They also got some photos when she was a pup from her previous owner. Unfortunately, they weren’t able to obtain photos of the cats who raised Tally. Here is the full album of adorable Tally to give you your daily dose of canine cuteness.

“We adopted her at 2 years old, so these were all taken by her previous owners (the cat owners).” 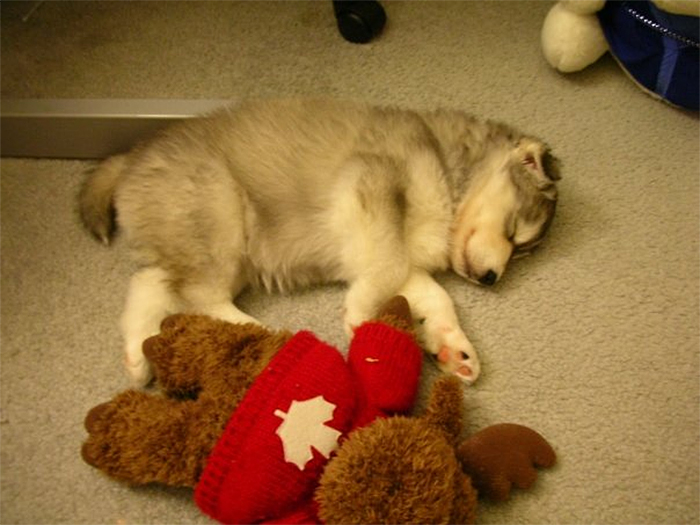 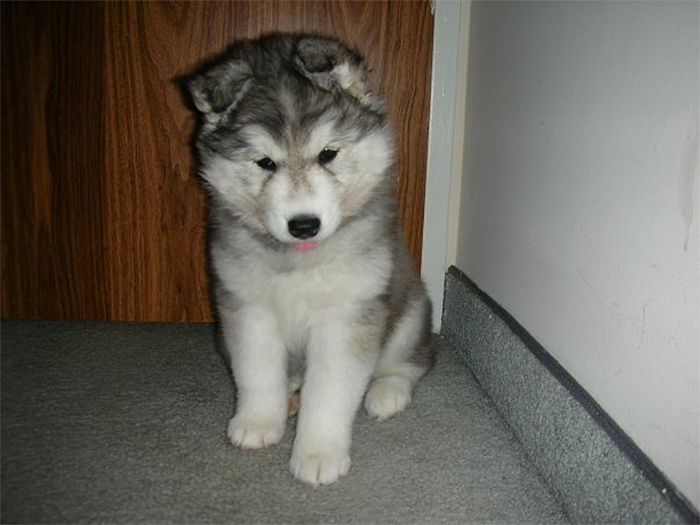 “Already getting into trouble at a young age” 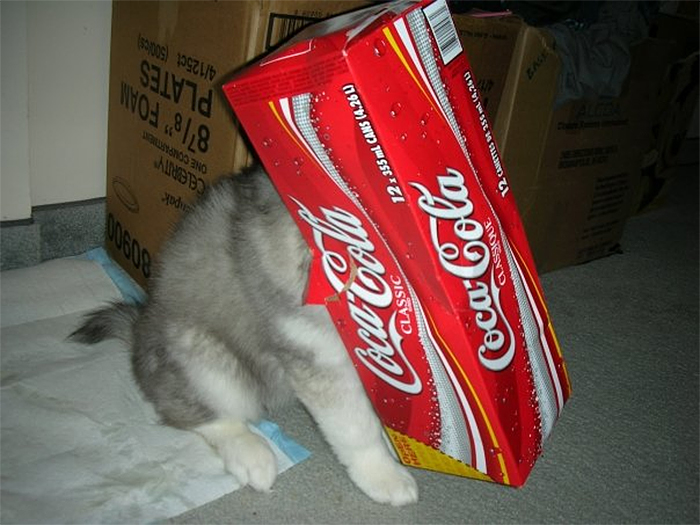 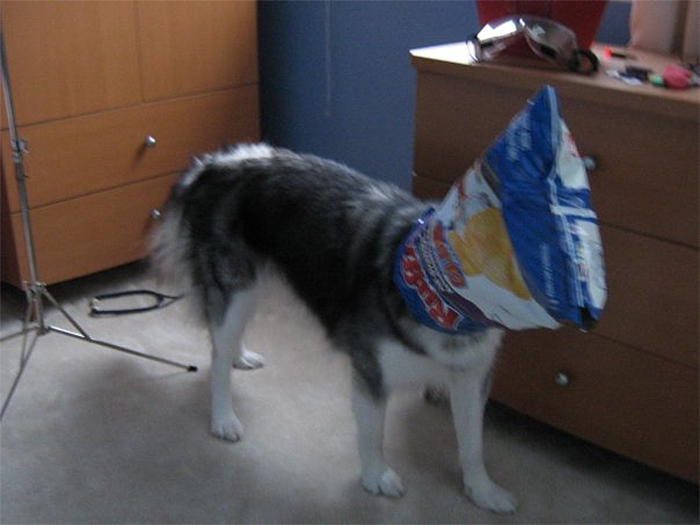 “After we got her spayed, she’d be moody and snuggled with a bunch of stuffed toys for a week.” 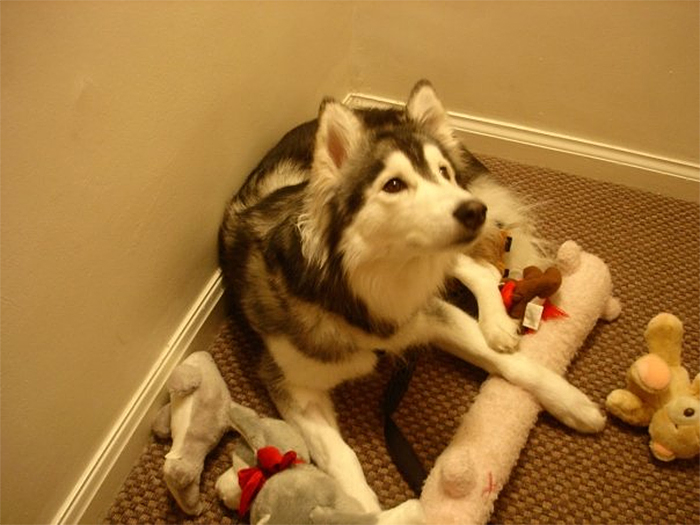 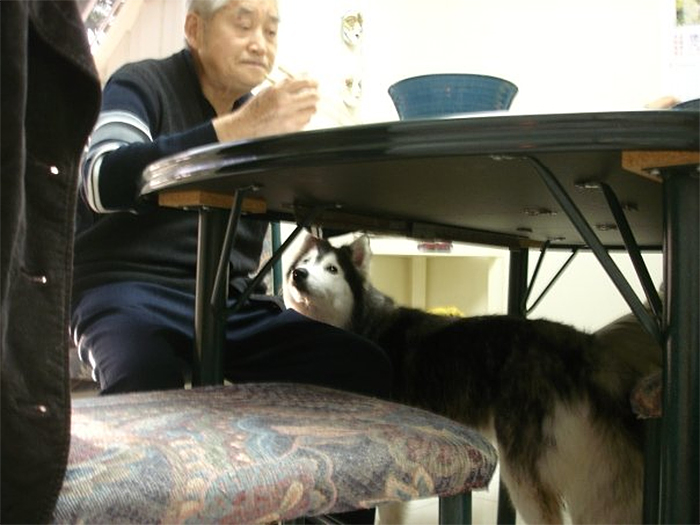 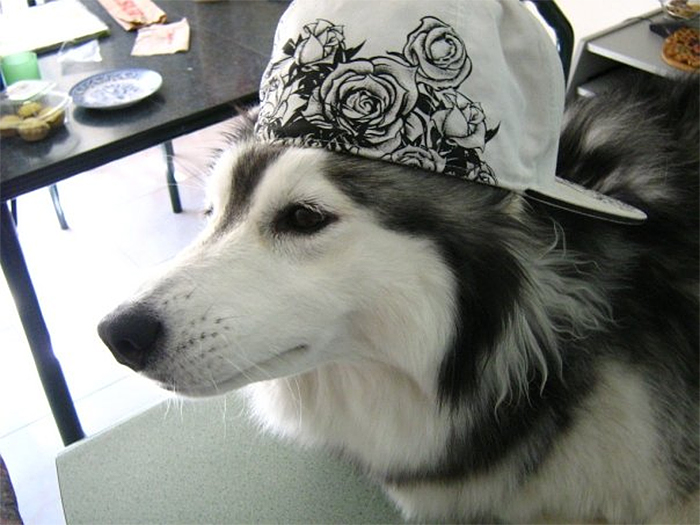 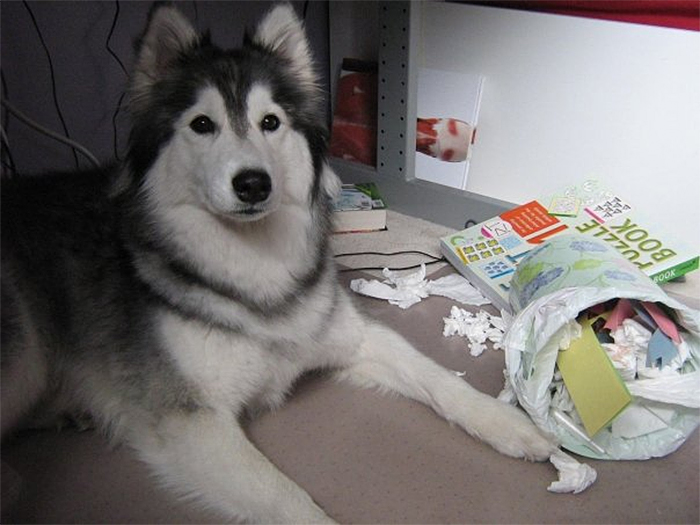 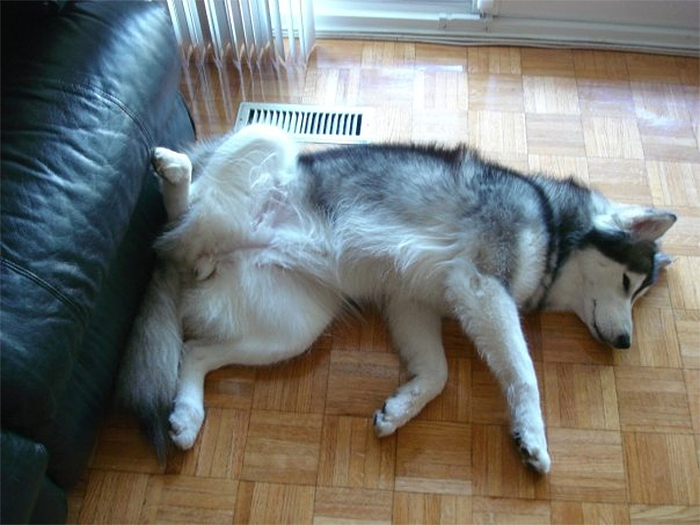 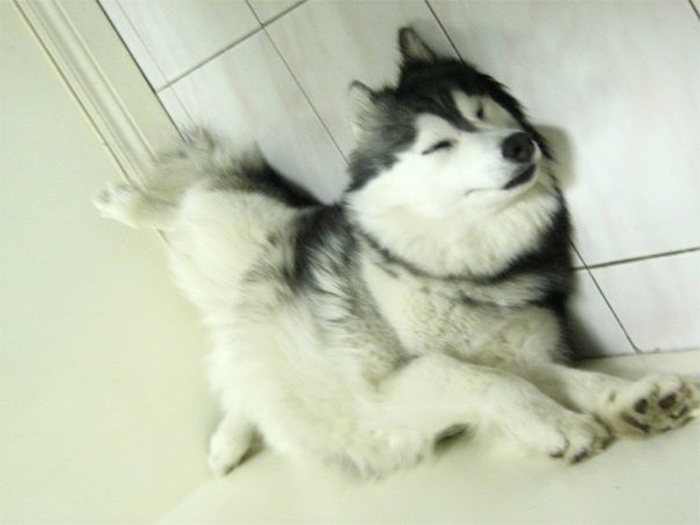 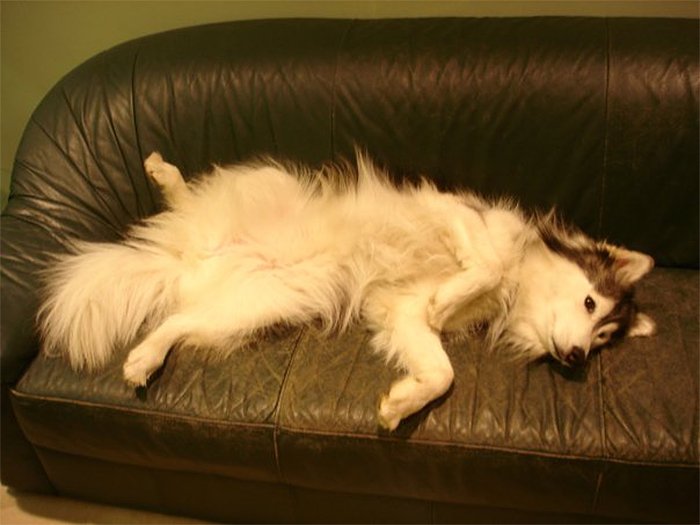 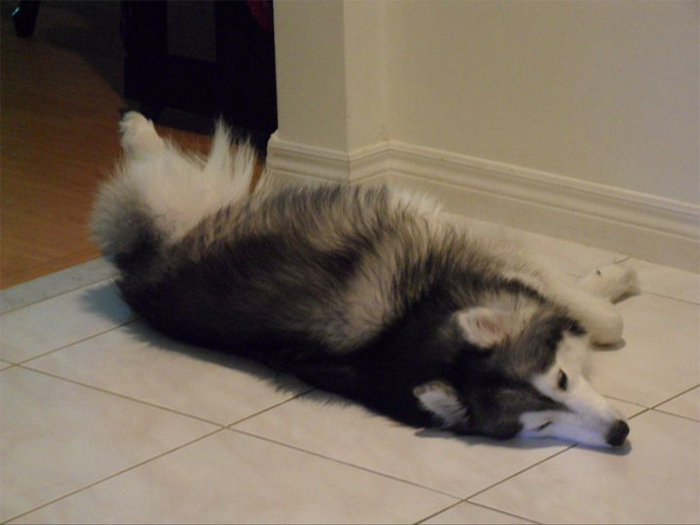 “We like to bury her in snow. She likes to rewards herself by stealing our food.” 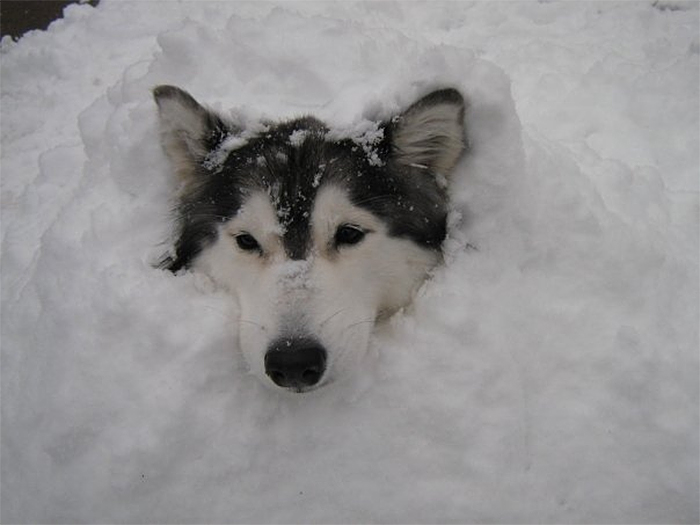 “She’s mildly good at balancing things on her head” 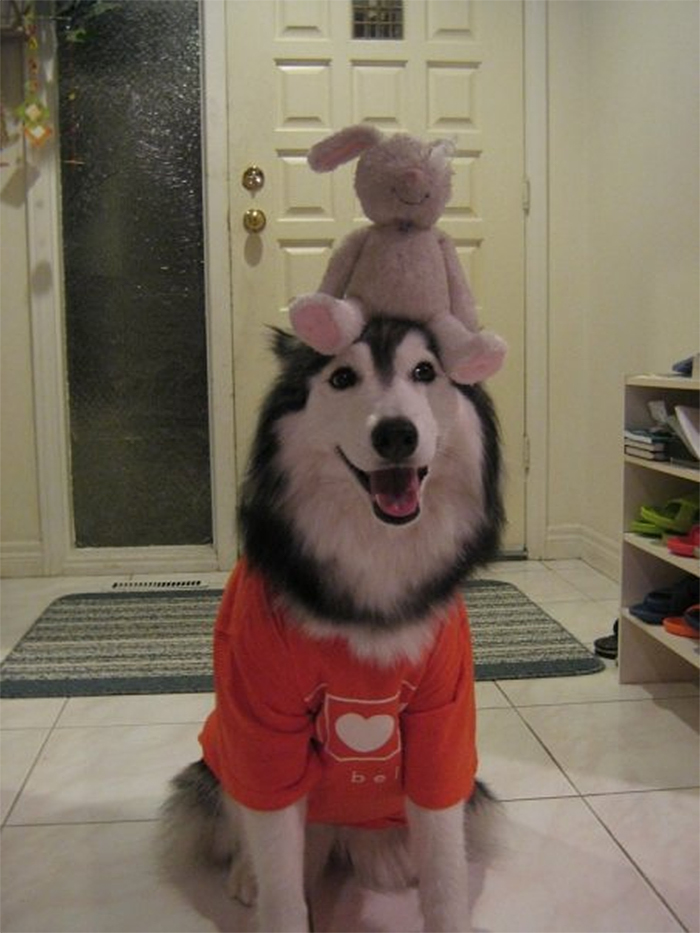 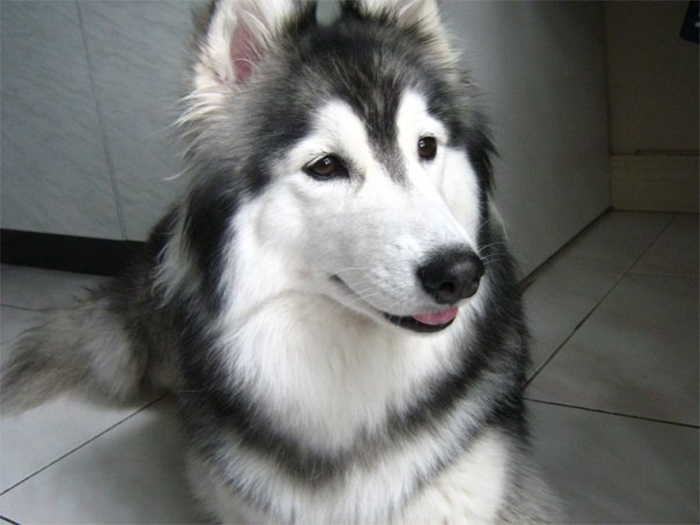 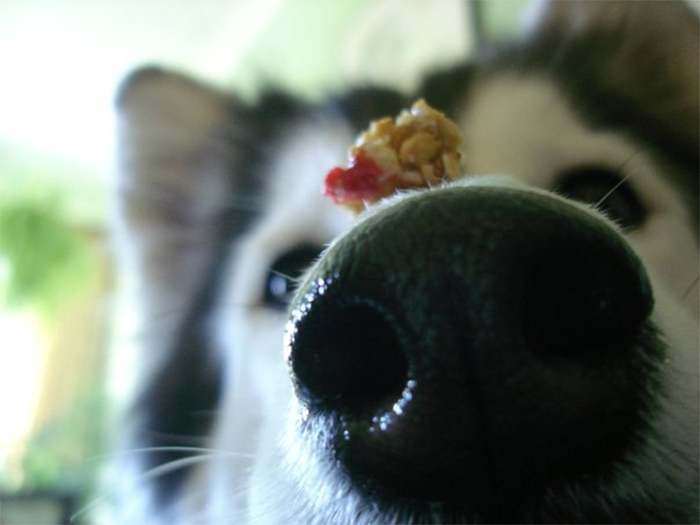