There’s a lot of unforgettable scenes from the Scary Movie film series. One of which is the short scene from Scary Movie 2 where Cindy (Anna Faris) hesitantly uses a testicles-shaped door knocker upon arriving to a house. The hilarious prop, which was later called Doorballs, remained one of the most memorable objects people have seen in a movie so far. And the great news is, it’s actually a thing that you can buy online.

The door knocker features a hilarious design in the form of a naked man with a pair of gigantic testicles. This peel-and-stick knocker has strong mounting tape at the back that sticks to any flat surface including wood, metal, glass or fiberboard. Its hanging balls are attached to the figure by a hinge and are used to strike the door to knock. So yeah, visitors would have to grab those balls if they wish to enter your house. 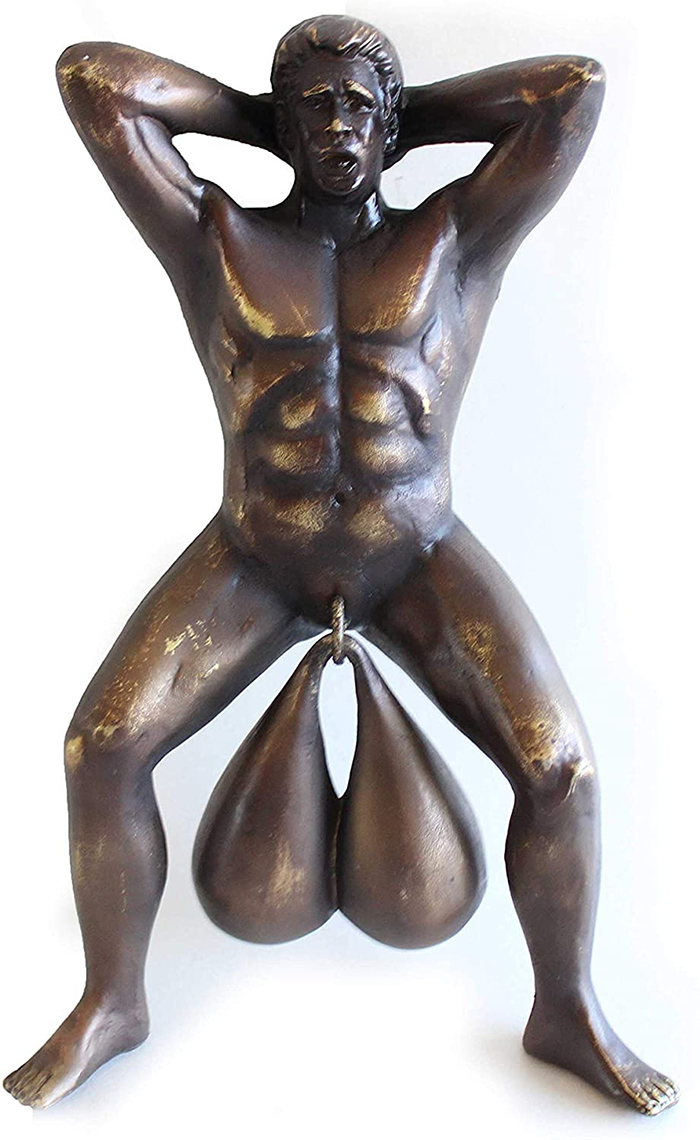 This funny door knocker is available in thick PVC and solid brass constructions. Since the solid brass material is heavier than the PVC model, it comes with included bolts at the back that fit most standard doors. Both versions come in a metallic bronze finish and measure 9 inches tall, 6 inches wide and 2 inches deep. This whimsical yet functional door décor is guaranteed to make your guests burst into laughter before they bang on your door. 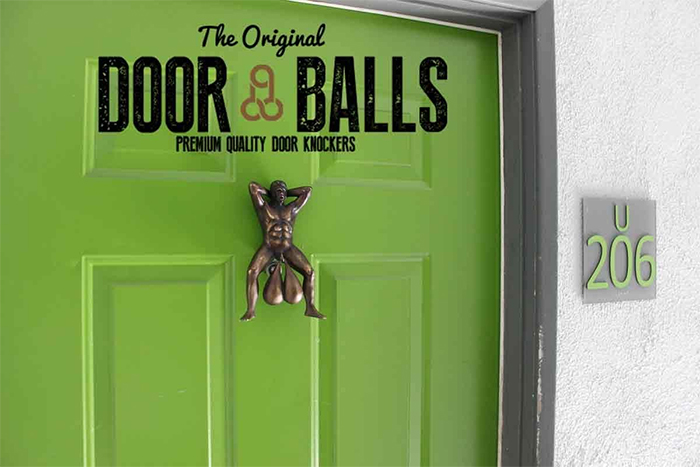 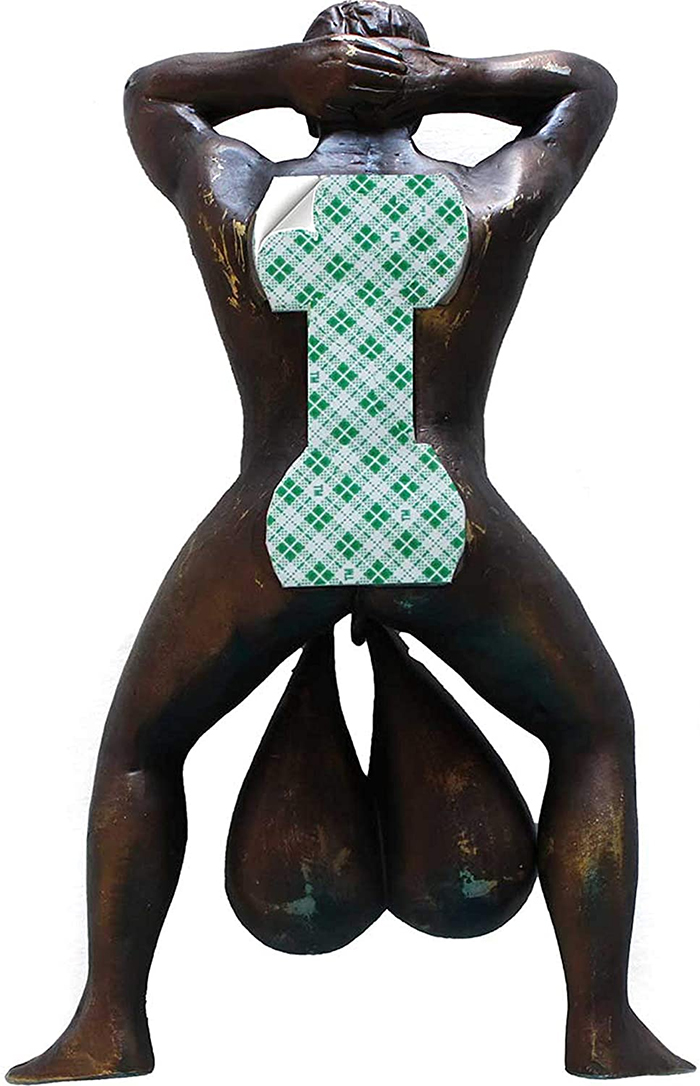 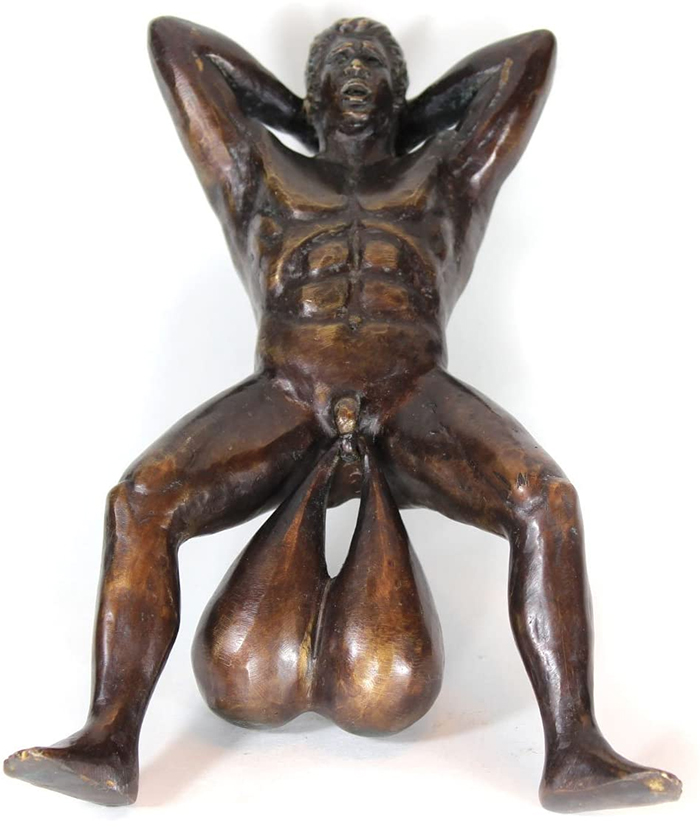 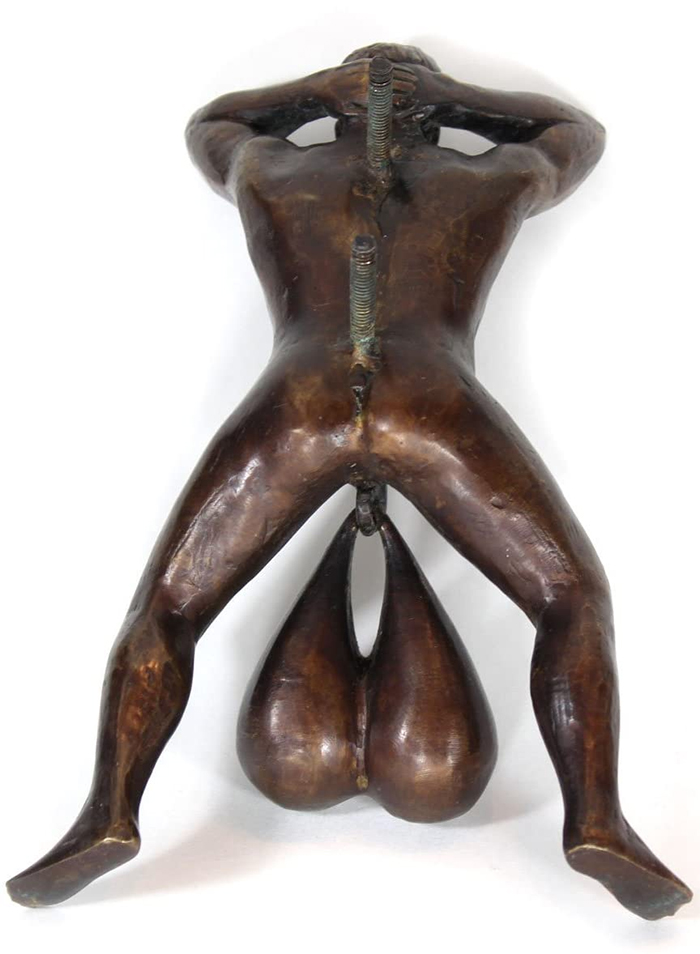 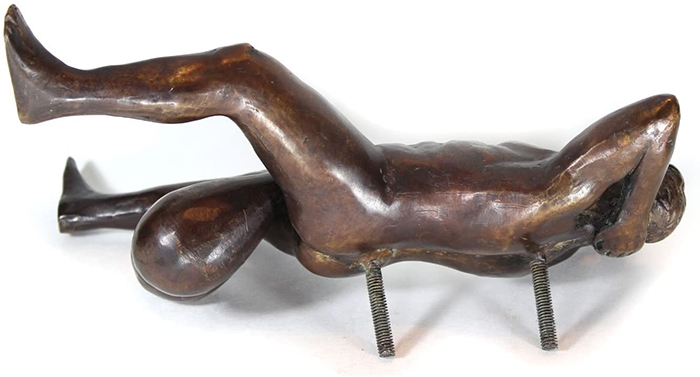 The door knocker is the most hysterical way to grab everyone’s attention. It also makes a funny gag gift for your friends. This novelty door knocker is sure to knock them down with laughter. One happy buyer wrote:

“Bought as a gag gift for my brother –  the entire family collapsed into hysterics when it was opened. Amazingly enough, the mounting sticker that comes with it has held up incredibly well. It’s been over two months on a door that is used everyday, and it shows no sign of budging.” 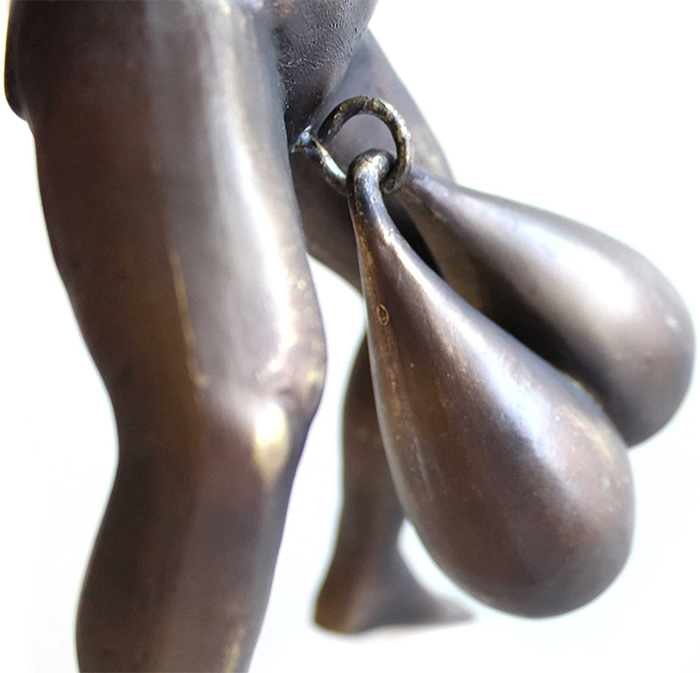 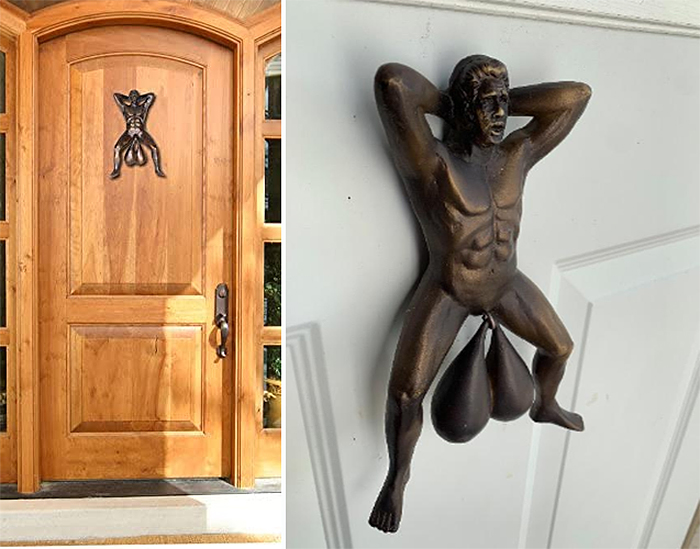 Get the thick PVC model here and the solid brass model here.