Waking up early in the morning to get ready for work is a struggle for many people. That’s why it’s important to not skip on your cup of joe to gear you up for the long day ahead. However, if you often find yourself running late for work, it can become challenging to squeeze in some time to prepare a cup. Well, that won’t be the case anymore if you get yourself a Bathe & Brew! As the name suggests, this brilliant machine allows you to brew coffee while you shower—right in the shower!

Essentially, this shower coffee maker cuts your morning routine by half, giving you more time to sleep in and focus on more important things in life. Sporting a sleek design, this innovative device is sure to complement any modern bathroom. And just like typical shower fixtures, all you have to do is connect it to your existing water supply and mount it onto the wall. It’s that easy! 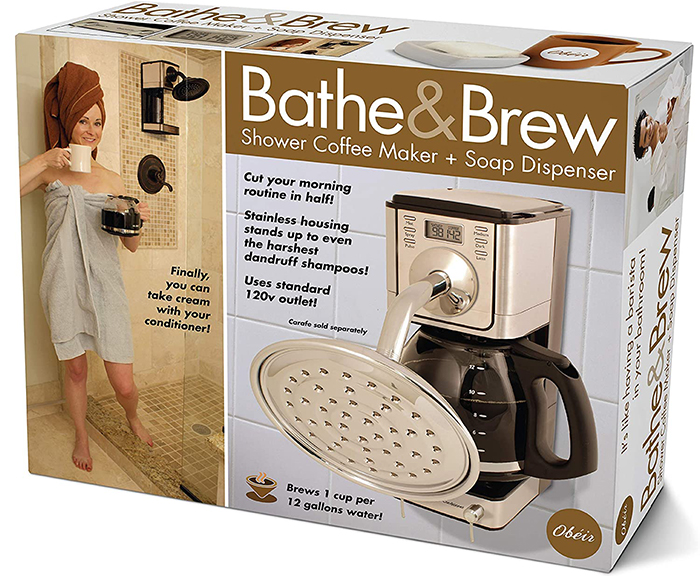 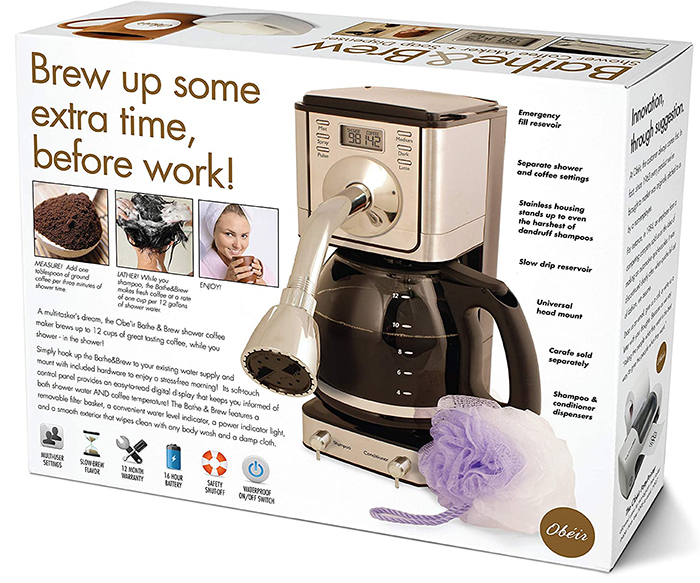 Beat the morning rush with Bathe & Brew, an innovative machine that lets you brew coffee while you shower—right in the shower!

It features a separate setting for shower and coffee and even includes built-in shampoo and conditioner dispensers. On top of that, it has a soft-touch control panel that displays the respective temperatures of the shower water and your coffee. As per the packaging, it’s capable of brewing at a rate of one cup per 12 gallons of shower water. This means you’ll have a warm cup of freshly brewed coffee ready as soon as you finish taking a bath. 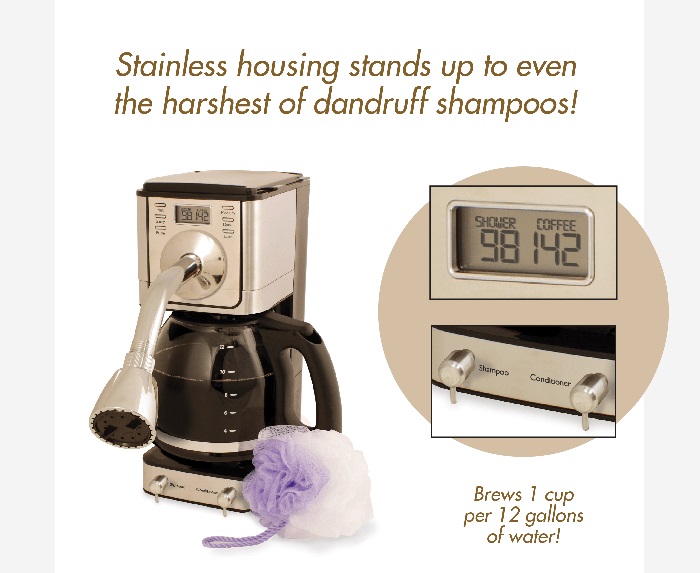 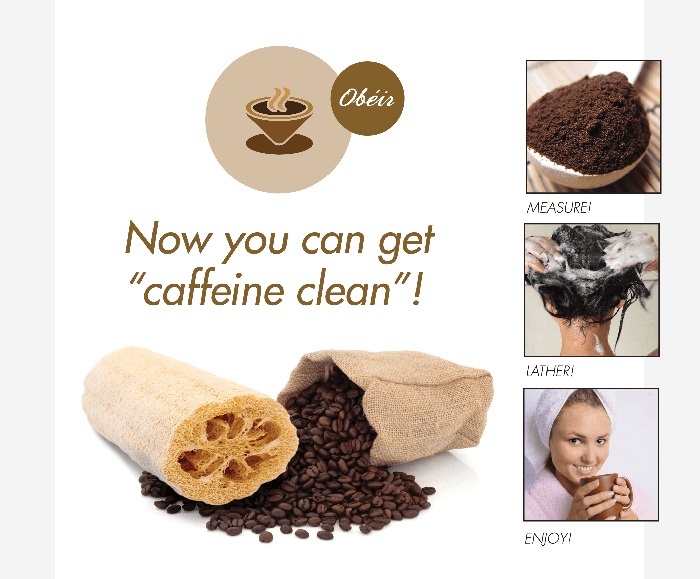 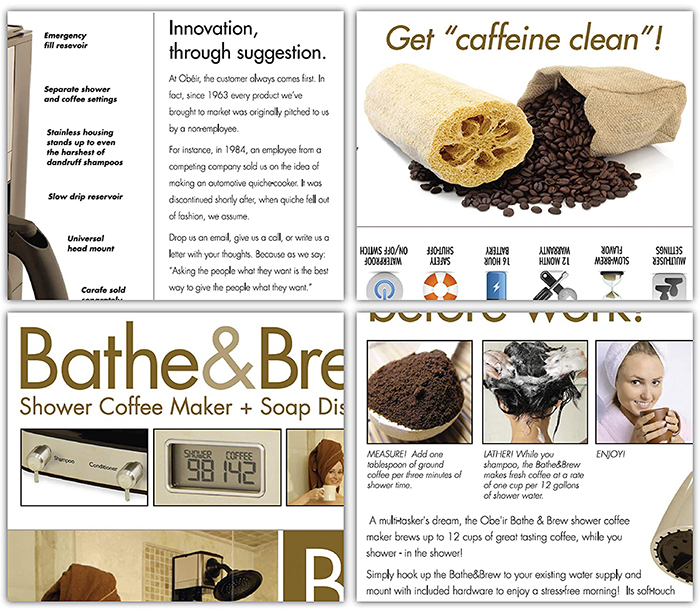 Indeed, this sounds like an ultimate dream come true for all multitaskers out there. So, we totally wouldn’t blame you if you’ve already considered getting one for yourself. But as much as we all find this concept amusing or even practical to some extent, it’s just a nonexistent product designed to prank your loved ones. And as you have probably already guessed, it’s yet another gag gift box to hide your real presents in! 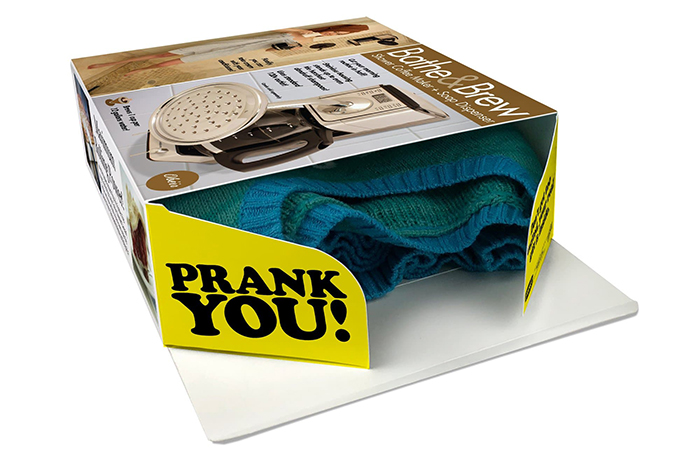 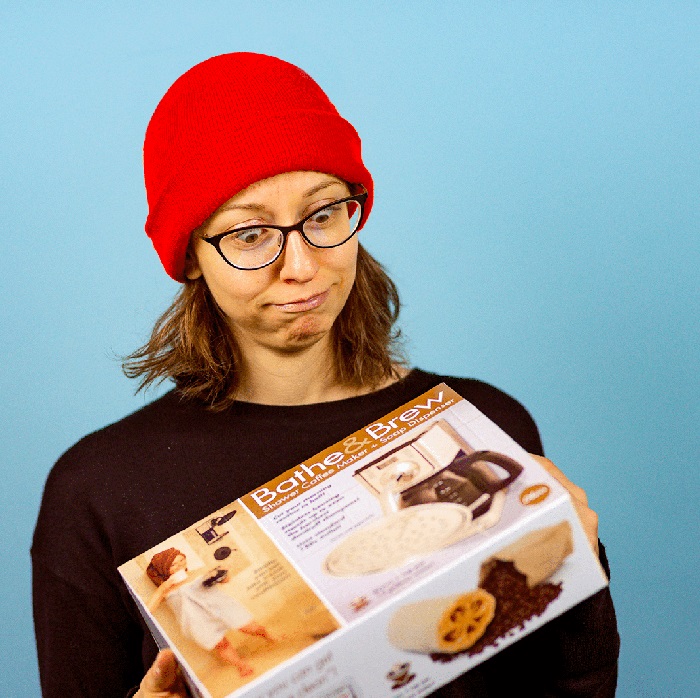 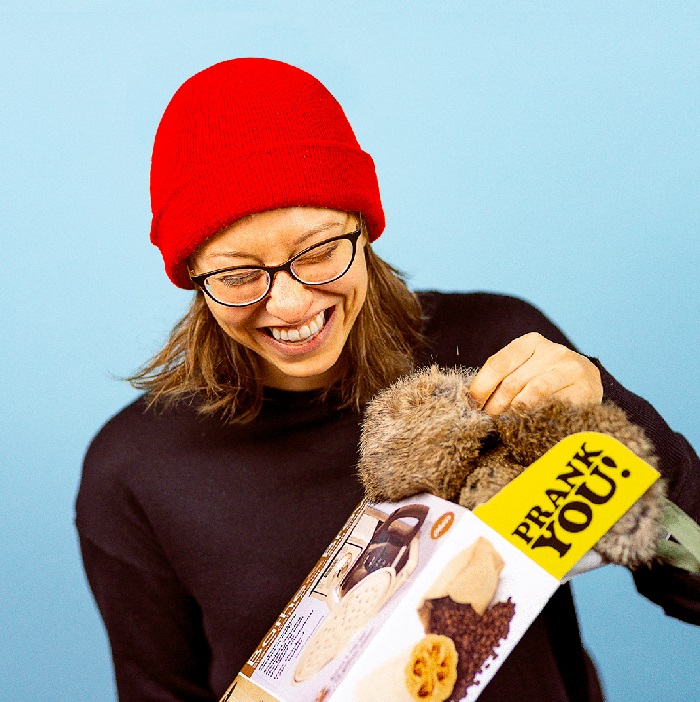 We have to admit, though, that this one’s way more tasteful than the Earwax Candle Kit or the Keepsake Frame. So, there’s a good chance that your family or friends would accept it as it is. After all, who wouldn’t want to sip on a warm cup of coffee right after a refreshing bath? The box measures 11.25″ long, 3.25″ wide, and 9″ high. So, you can use it to wrap a wide variety of gifts that your caffeine-dependent friend or multitasking colleague would love. 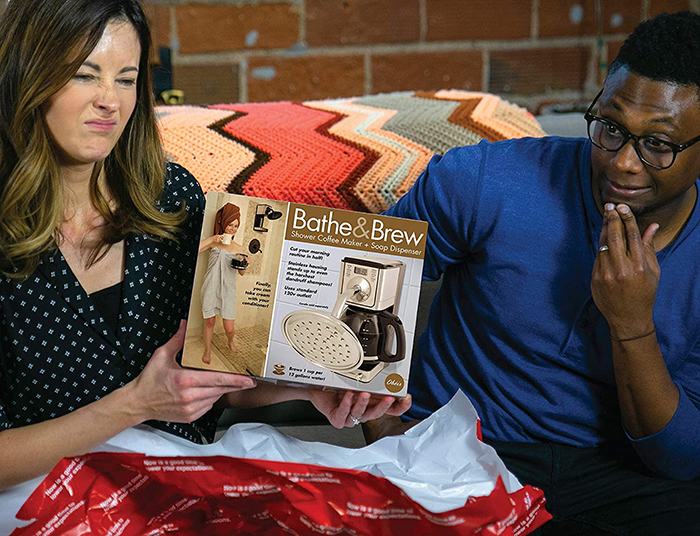 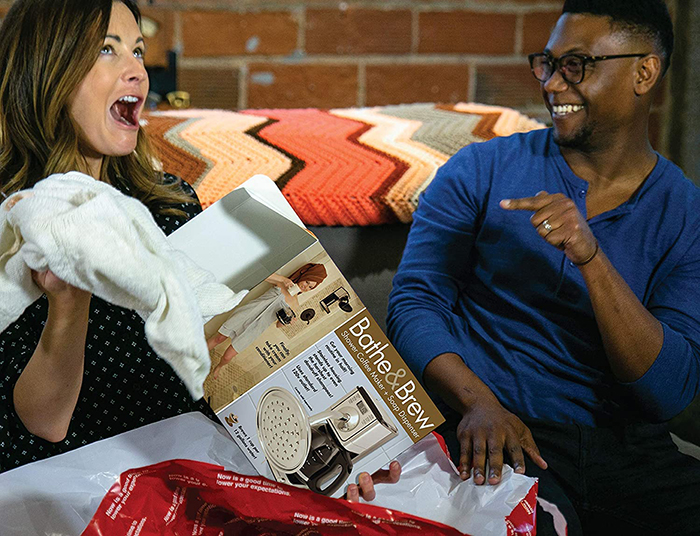 “My daughter drinks LOTS of coffee, so when she opened up the coffee maker for the shower for Christmas she was stymied.”