Channel your inner royal with this Starbucks glass tumbler with gold crown. Now you can sip your coffee like a king or queen. The American coffeehouse company is calling it the royal cup and it’s everything we could ever wish for in a cup. These beauties have been popping up at many Starbucks locations in China. But even though the cups are only available in China, the good thing is, you can still get them online without having to get up from your thrones seats.

This tumbler is a part of the Starbucks 2020 Anniversary Collection, the Crown Series in particular. It features an iridescent mermaid-like design with a gold crown on the top of the lid. To complete the royal look, it also comes with a clear straw to make every sip fit for all you kings and queens. 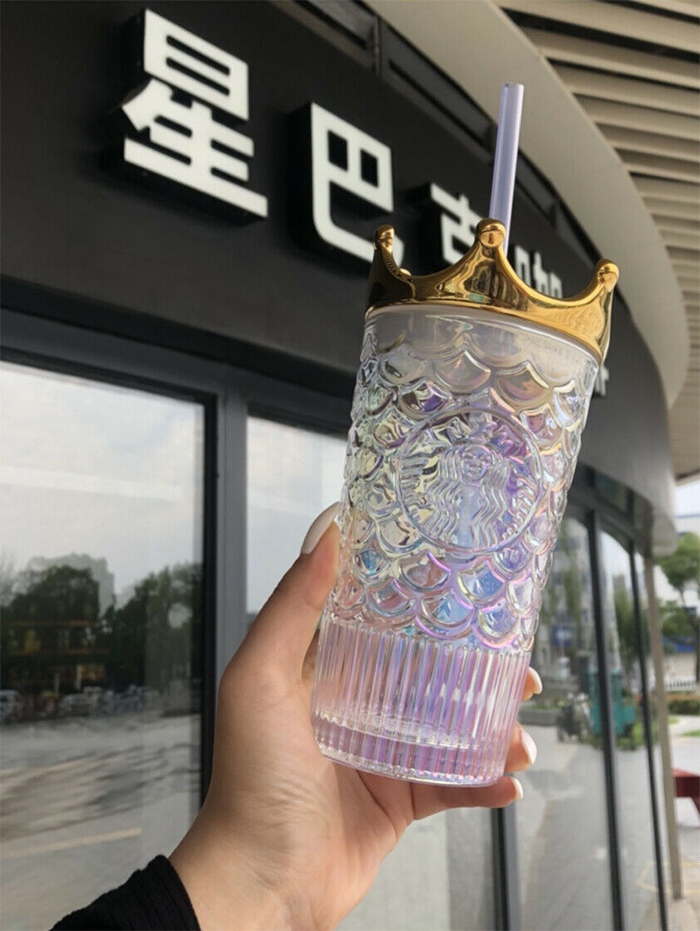 In addition to the tumbler with a gold crown, the Crown Series also includes hot cups and mugs that also flaunt the ‘royal treatment’. One is an iridescent hot cup with deep cut ridges and a gold crown lid and the other one is an iridescent glass mug with a matching glass stirrer. Starbucks China isn’t actually the first one to introduce the royal cup. In 2016, Starbucks Canada released the Gold Crown Siren Tumbler, a white hot cup with the siren’s face topped with a golden crown.

It’s surprising that the coffeehouse chain only decided to bring back the royal cup just now, considering how popular the Canadian version was. But it’s better late than never. Furthermore, the 16-oz glass tumbler is available online. So, there’s no reason to feel sorry if you’re living outside China. 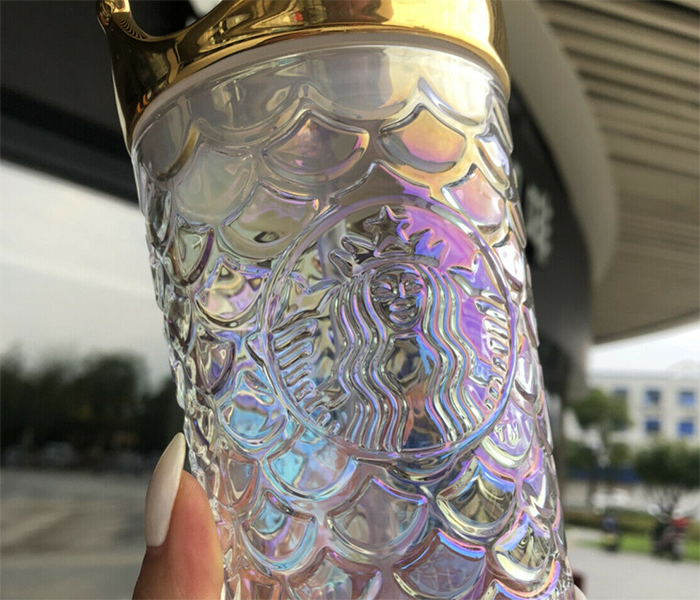 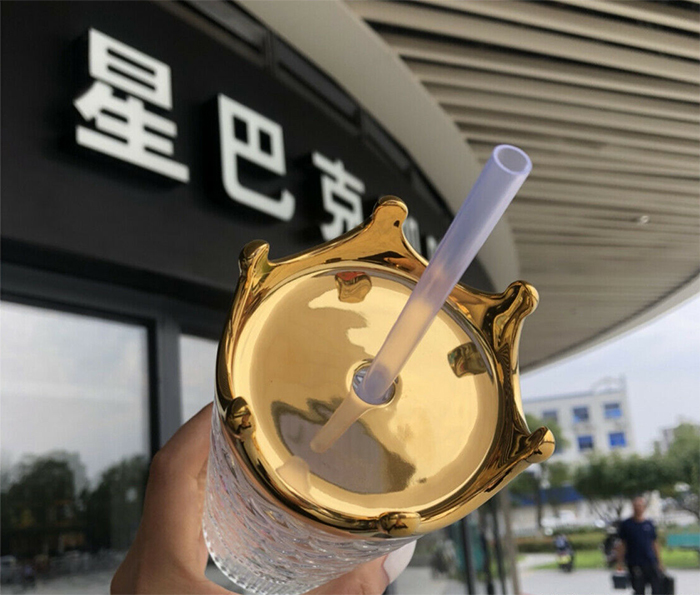 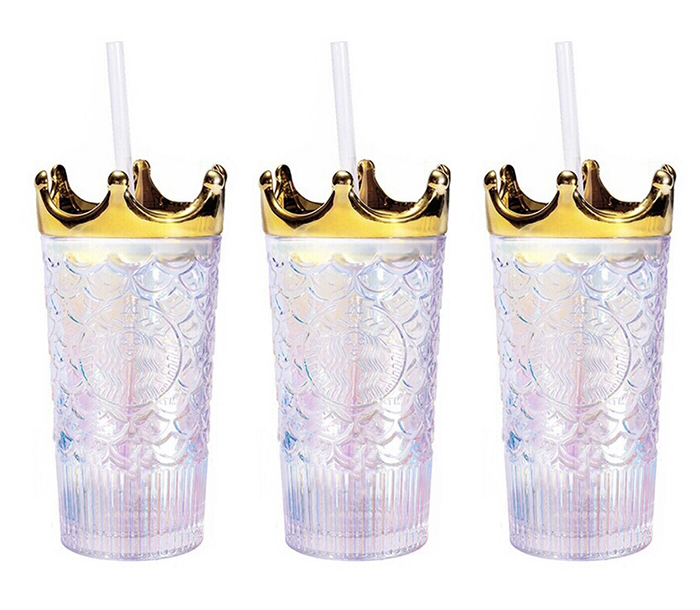