Mattel recently unveiled the Queen Elizabeth II Barbie Doll to celebrate the British monarch’s Platinum Jubilee marking her historic 70 years of service. The world-famous toy maker released this special edition model on the same day when Her Majesty The Queen celebrated her 96th birthday on April 21.

Princess Elizabeth was 25 years old when she was crowned Queen Elizabeth II in 1952, making her the longest-serving monarch Britain has ever had. As a matter of fact, she is the first monarch in British history to celebrate a Platinum Jubilee. To commemorate this historic milestone, Mattel releases a collectible doll designed to the likeness of Her Majesty Queen. The newest addition to the Barbie Signature collection features the Queen in her most iconic looks. 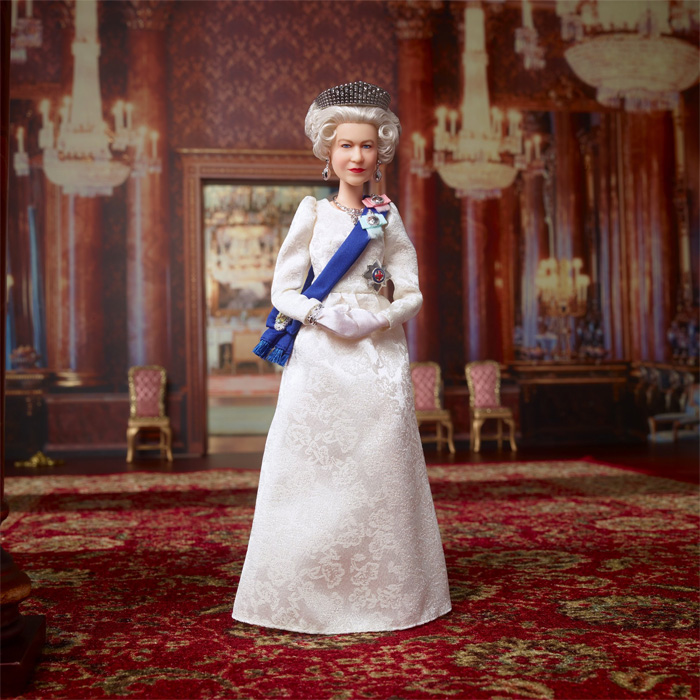 The Queen Elizabeth II Barbie Doll is dressed in majestic white gown reminiscent of the regal dress she wears on her official portraits.  It also features the monarch’s blue sash and the star representing The Order of the Garter. The blue sash comes complete with The Badge of the Order at the hip, the pink ribbon badge from her father (George VI) and the blue ribbon badge from her grandfather (George V). To complete the royal ensemble, the doll also is also adorned with a sparkling crown and matching jewelry pieces including the earrings, necklace, and bracelet. 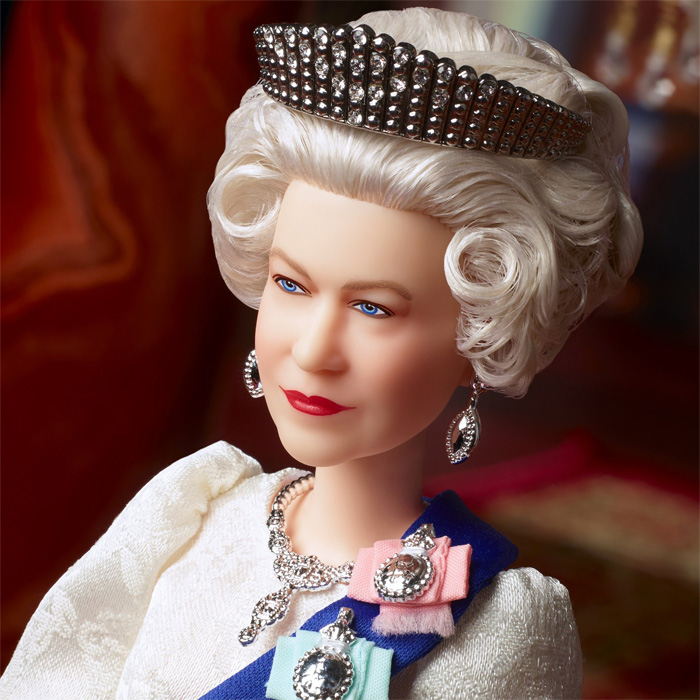 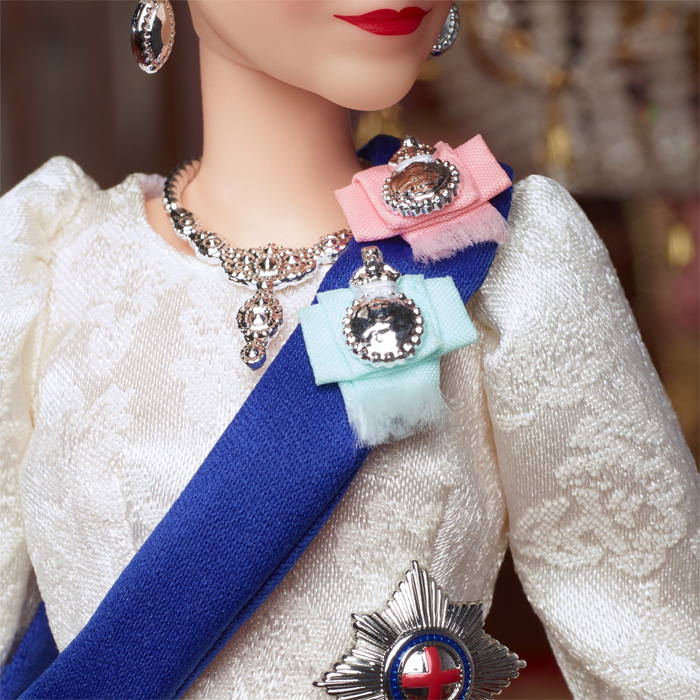 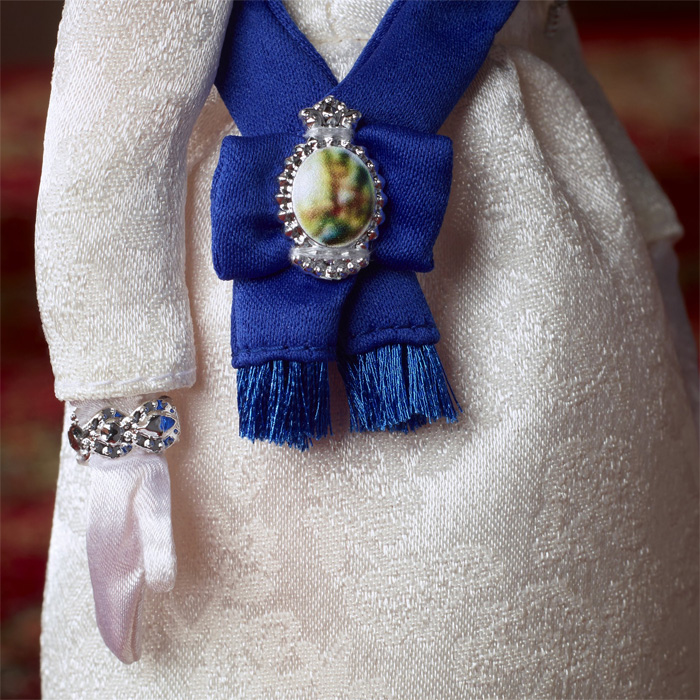 Designed for collectors, the Queen Elizabeth II Barbie Doll comes in a premium packaging for display. The collectible box is inspired by the throne room at the Buckingham Palace featuring the recognizable red throne and the red carpeting.

“For fans who may want to keep the doll in her box to preserve its collectible value, the packaging conveys the majesty and importance of the doll within. Inspired by Buckingham Palace, the packaging shows a hint of the throne and the red carpeting inside the palace throne room and features a crest-shaped logo and a badge commemorating the 70th anniversary of the Queen’s accession to the throne,” Mattel says. 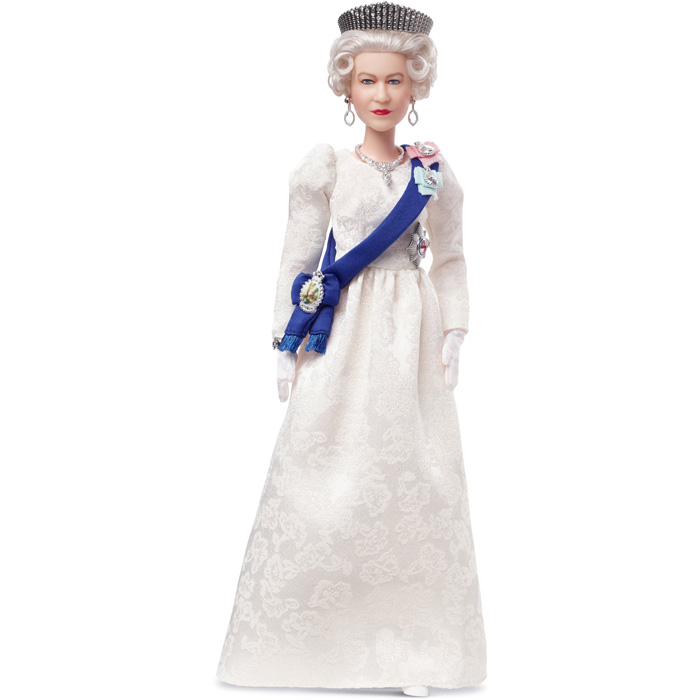 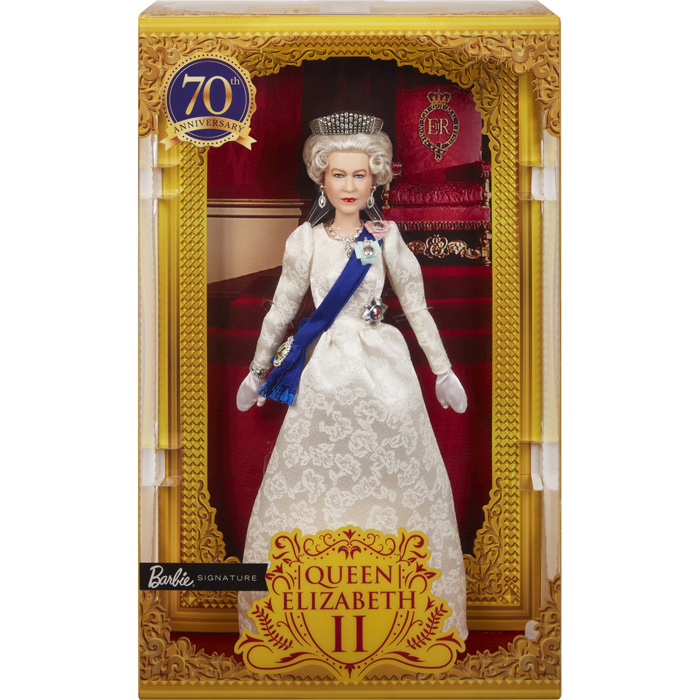