Trips to the airport can be stressful at times. That’s especially true when you have to deal with a delayed flight or, worse, a canceled flight. Luckily, more airports are now employing therapy dogs to help ease anxious and irate passengers. And among these airports is the San Francisco International Airport (SFO) with its very own Wag Brigade.

The program is a collaboration between SFO and San Francisco Society for the Prevention of Cruelty to Animals (SF SPCA). Launched in December 2013, the program initially started with just six dogs. Now, the special airport squad consists of 22 adorable dogs, including one lovable pig named LiLou. All members have successfully undergone and passed the Animal Assisted Therapy Program. 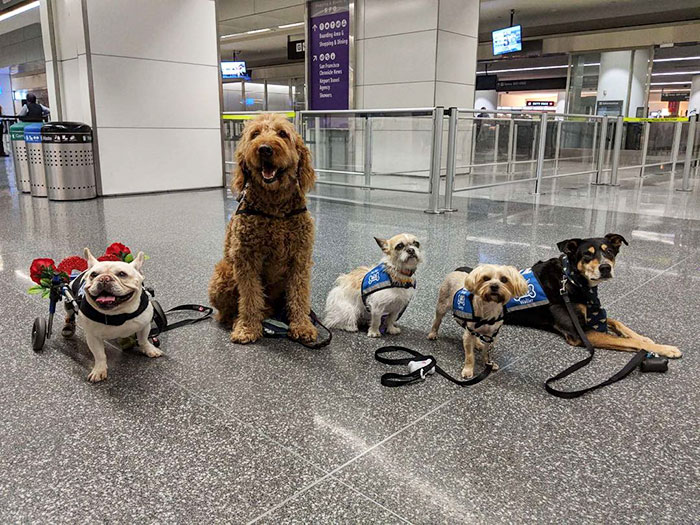 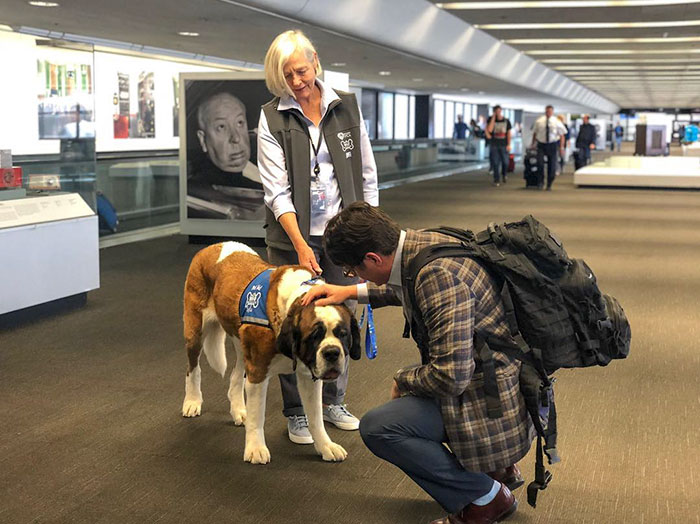 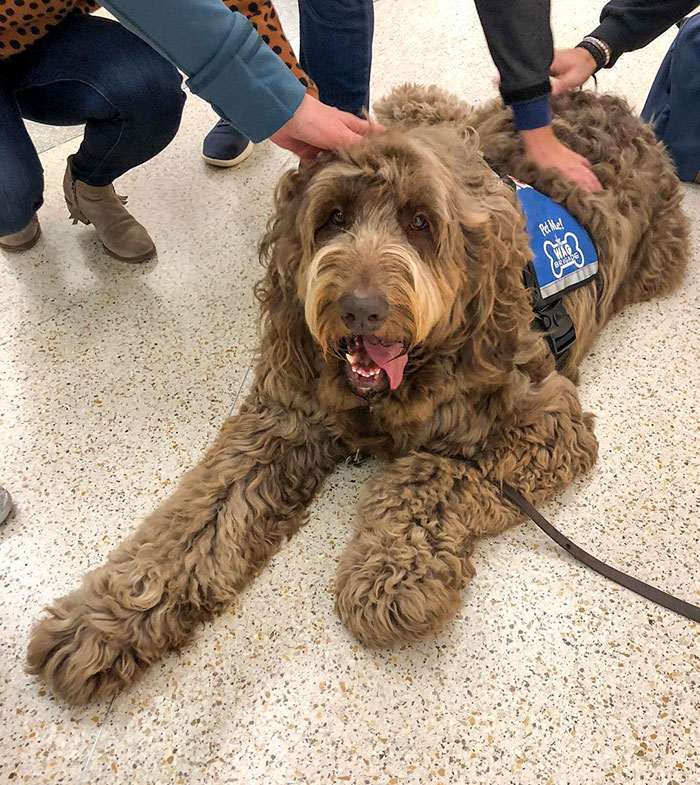 According to the program’s manager, Jennifer Kazarian, the SFO started looking into employing therapy dogs after seeing its growing popularity among other airports. As a matter of fact, airport therapy dogs have already been around since the day after the 9/11 attacks. And their main goal was to help passengers de-stress and entertain them at the same time. True enough, Kazarian further stressed on these animals’ therapeutic benefits. 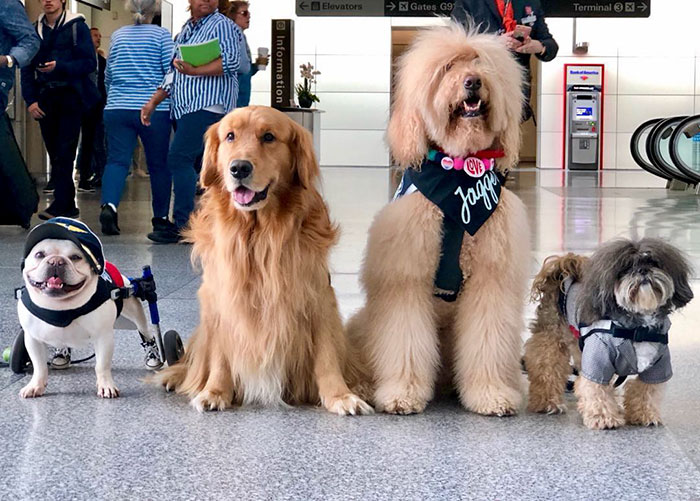 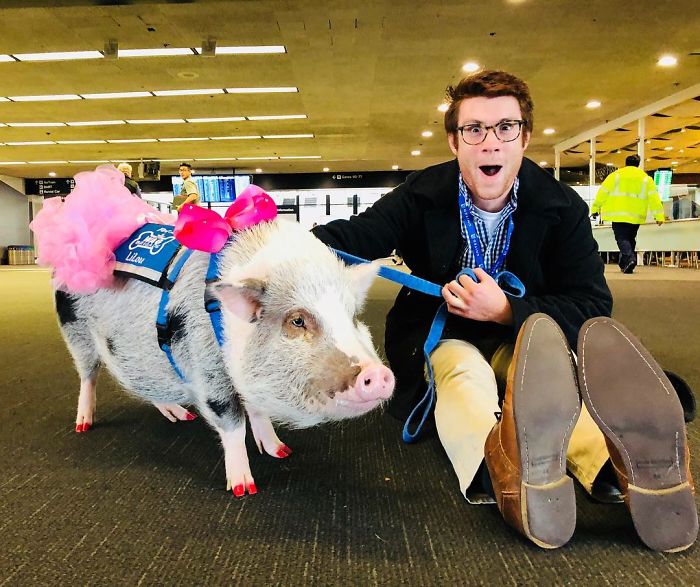 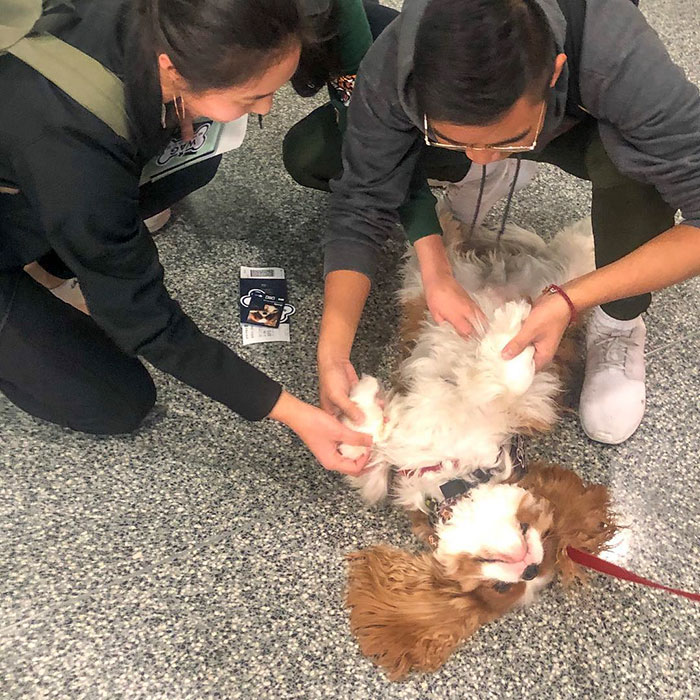 However, it’s not entirely easy being a part of the airport’s therapy animal troop. Kazarian revealed that all dogs have to pass the Canine Good Citizen Test (CGC). In addition, being a graduate of the SF SPCA’s Animal Assisted Interaction Program is also a requirement. On top of that, they must also have at least six months of “successful therapy experience working with other organizations.” After complying with all these requirements, that’s the time they can audition for the program.

“Potential Wag Brigade teams are evaluated for their temperament, as well as airport suitability. It is especially important that the animals are good with children. We look for animals with stable temperaments, friendly personalities, impeccable manners, and are very obedient.” 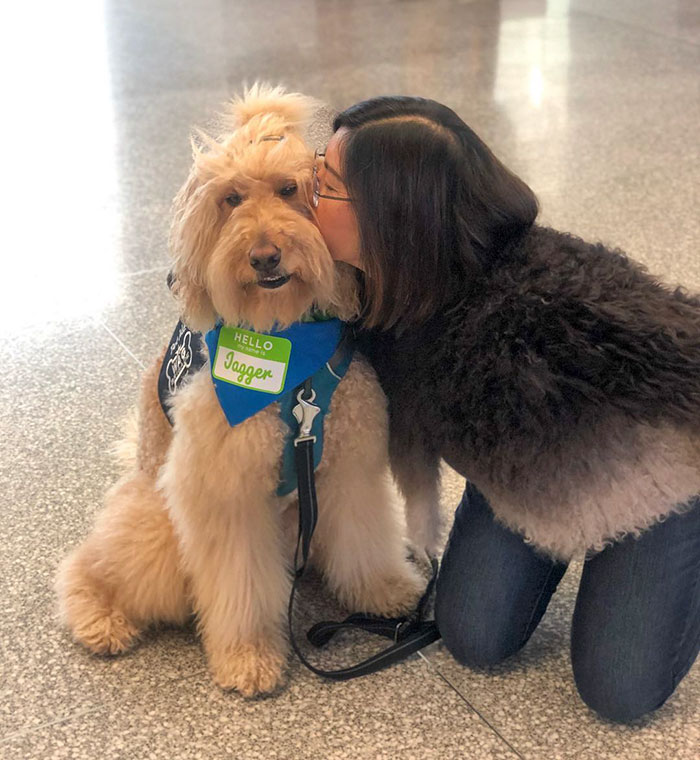 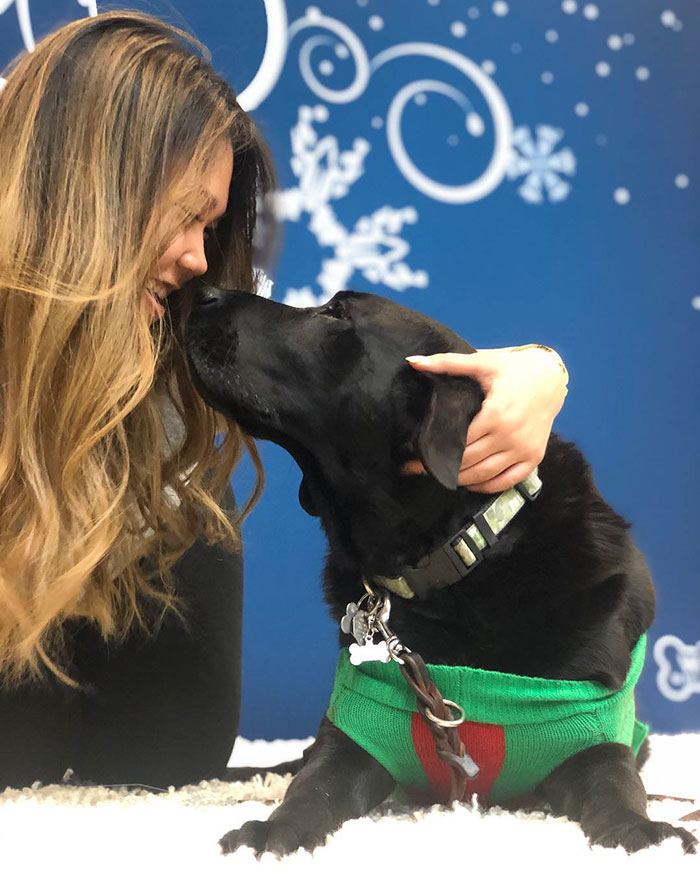 While passengers can’t help but gush over the 22 dog members, LiLou the Pig is definitely a scene-stealer too! In fact, she’s the first-ever certified therapy pig under the Animal Assisted Therapy Program. In addition to that, she’s also the world’s first-ever airport therapy pig. This lovable pig has surely got a lot of tricks up her sleeves.

LiLou the Pig is among the crowd’s favorites 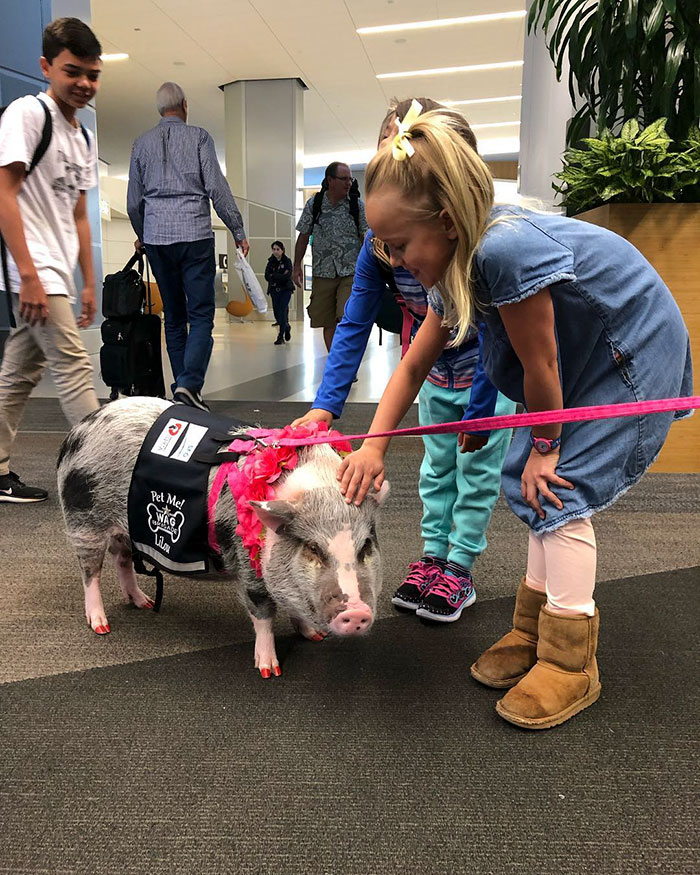 Aside from being hypoallergenic, she’s on par with her canine comrades when it comes to performing tricks. The crowd simply loves it when she plays her toy piano using her snout and hooves. And by the way, she loves rocking some gorgeous red nails too! So, it’s not at all surprising that’s she’s among the crowd’s favorites.

All members, including LiLou, are personal pets. So, when they’re not on duty, they spend some quality time with their humans too. Just like any other pets, they enjoy taking a stroll along the park and playing fetch with their handlers. 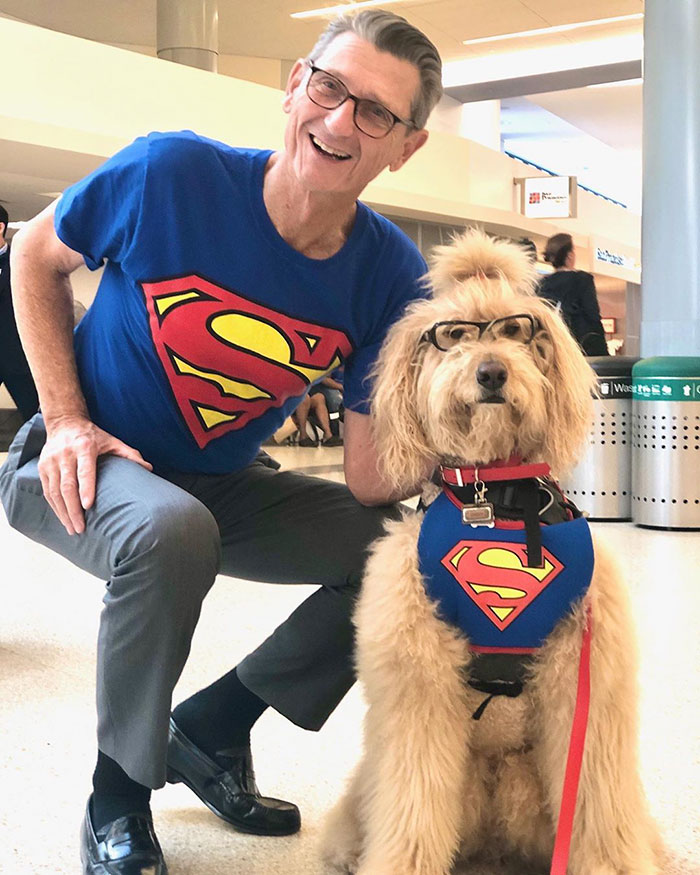 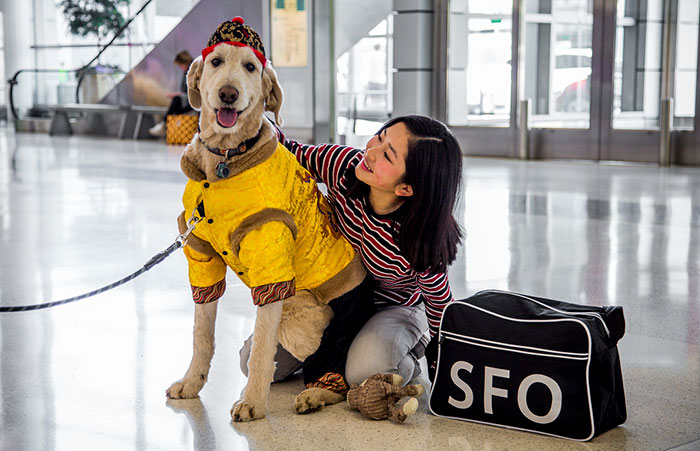 Meanwhile, some choose to take on additional volunteer shifts in schools, hospitals and nursing homes. And since most of them are from San Francisco, some members also take part in SF SPCA’s Puppy Dog Tales Reading Programs.