The use of dogs for therapeutic purposes has been established in the care sector for 40 years. Specially trained to provide affection, comfort, and support to those people in need, therapy dogs are often employed in hospitals, nursing homes, schools, and disaster areas. If you’re a dog owner, you’ve probably known that spending time with them gives you a calming feeling. Just stroking their fur or talking to them can ease away all the stress and tension we have inside.

While therapy dogs significantly provide relief to ailing patients in medical care setting, a particular airport also recognized the need for this benefit. Southampton Airport, just like any other airports, has to deal with nervous passengers who can never get over their fear of flying. Apparently, a simple assurance that ‘everything will be alright’ isn’t enough to calm down their nerves. So, the airport decided it’s about time to seek help from our canine heroes. 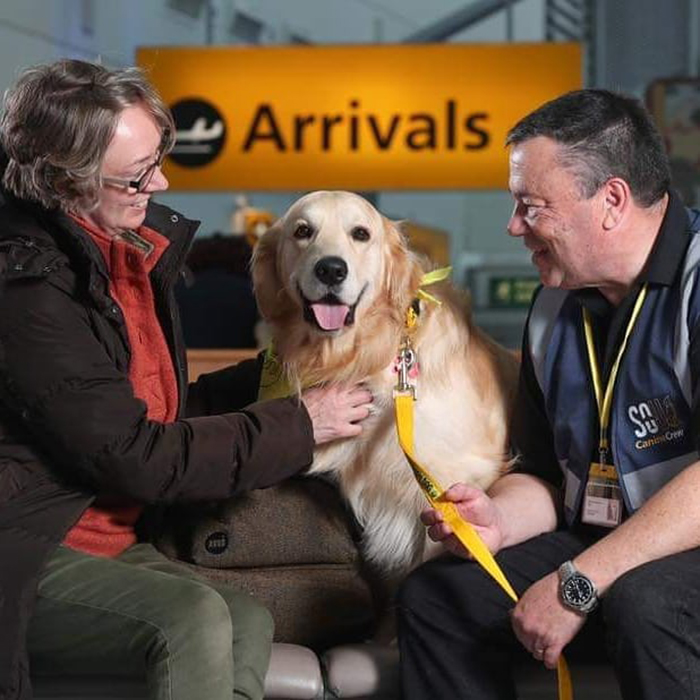 Southampton Airport reached out to Therapy Dogs Nationwide (TND), a charity that cares and trains therapy dogs. Typically, dogs are granted rights to provide therapeutic services after passing several tests to ensure that they’re suitable for the job. TND has been working closely with schools, hospitals, nursing homes, care centers, and even prisons. So, when Southampton Airport asked for their help to deal with nervous flyers, TND immediately came to the rescue. 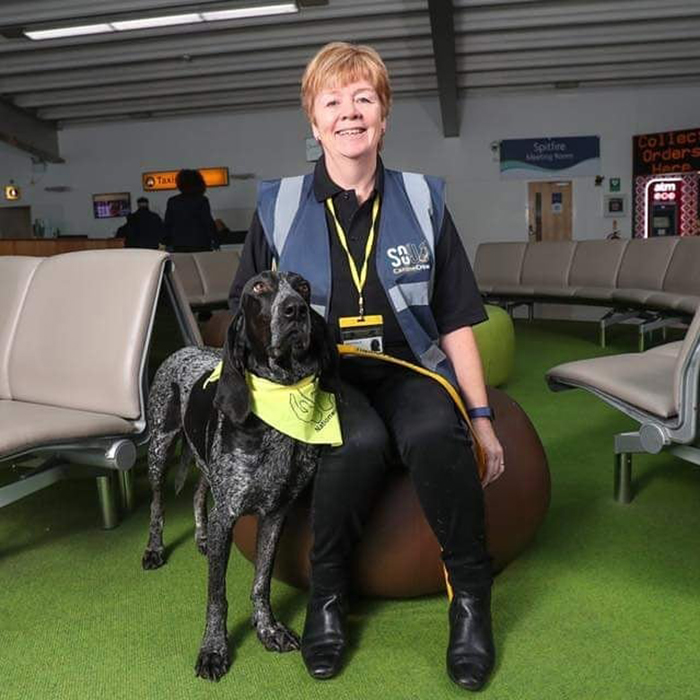 Now, Southampton Airport has brought in a squad of certified therapy dogs and called it the ‘Canine Crew’. The hard-working squad consists of 8 adorable dogs – 3 golden retrievers, 2 German shepherds, 2 beagles, and one pug. Their mission is to provide comfort and distraction for anxious flyers. The Canine Crew became a part of the airport’s semi-permanent programme and will be on patrol once a week.

“We’re very pleased to announce that several TDN dogs are going to be visiting Southampton Airport regularly to calm the nerves of anxious flyers and generally get people into the holiday mood!”, TND announced on their Facebook page.

TND has been advocating the benefits of Animal Assisted Therapies (AAT) to people with special needs and autistic patients. Due to their friendliness, calm demeanor and gentle disposition, dogs are probably the most suitable animal that can provide this kind of therapy. People tend to open up about their feelings when they’re talking to a dog. And opening up makes them more comfortable as they release the tension built up inside. Of course, their company gives people a sense of confidence and a boost of happiness. 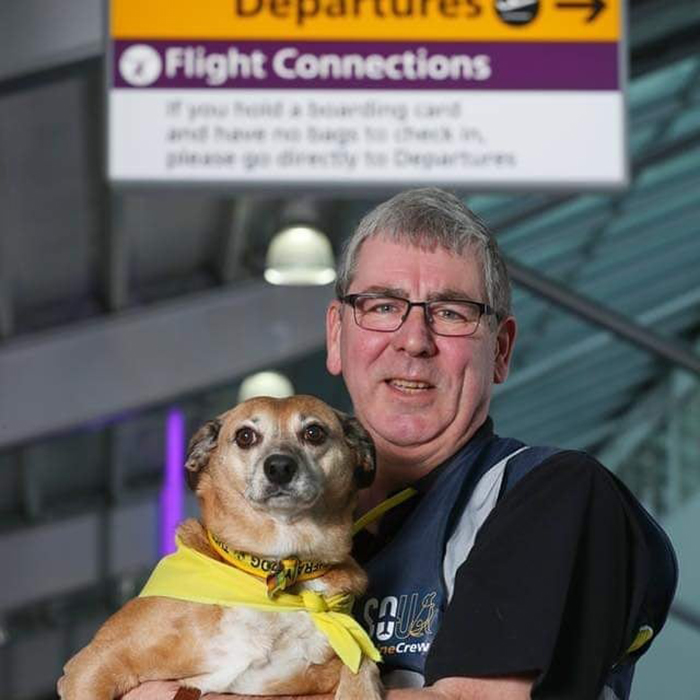 Southampton Airport isn’t actually the first to recruit therapy dogs. In fact, Aberdeen Airport first introduced its very own ‘Canine Crew’ in April 2019. Will we be seeing more of these canine squads in other airports? We seriously hope so. 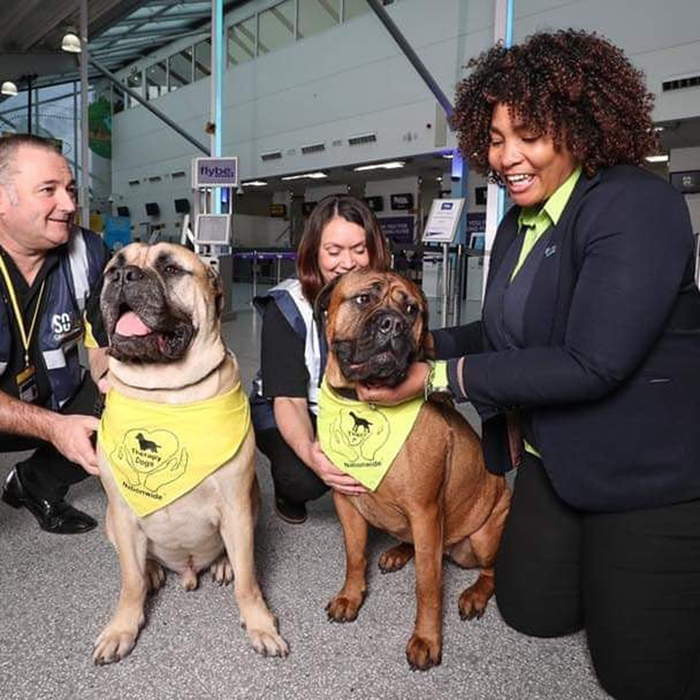