When Jack the dog needed his own 'space', his family of devoted humans came up with a novel solution. Instead of building him a kennel outside, he was allocated his very own 'room' within the house. His room, under the stairs, is complete with a cozy bed and plenty of room for Jack to snuggle up in and get comfy. Jack's doting family spent considerable time and effort making Jack's new home, out of an area which, in many houses, is simply used for extra storage, or not used at all. Check out what this family did with their space beneath the stairs.

This seemingly small gap under the stairs… 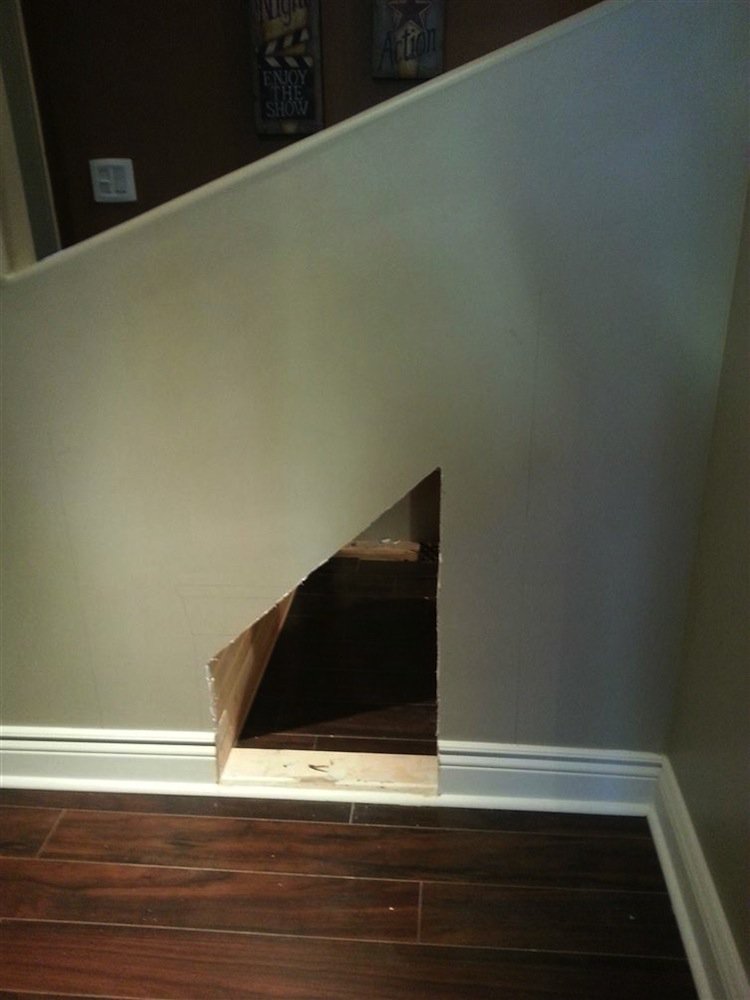 …is about to be converted into a restful doggy paradise for beloved pet, Jack. 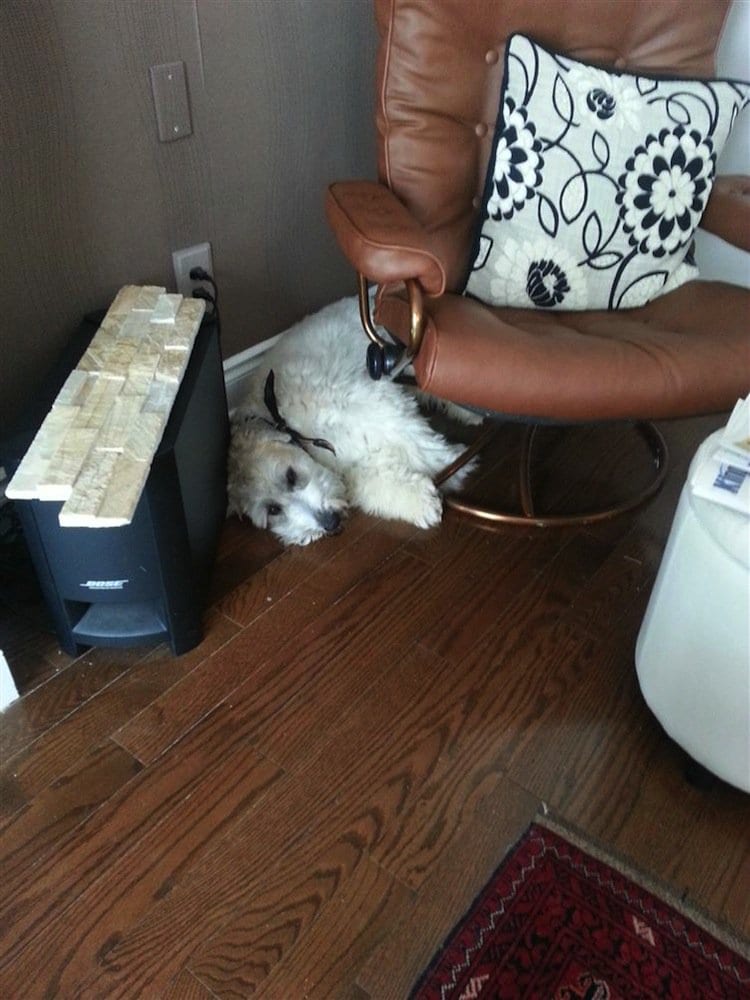 Before any major works took place, Jack had to make sure he had room to fit inside the doorway easily. 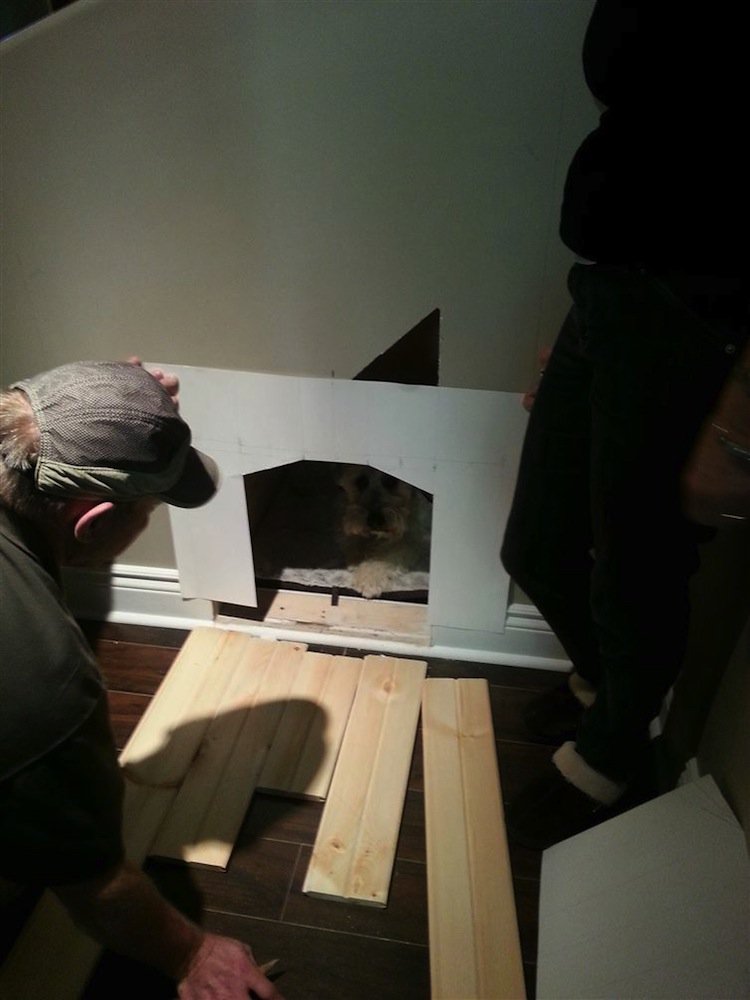 Of course, the lucky pooch had to test out the interior space, too. 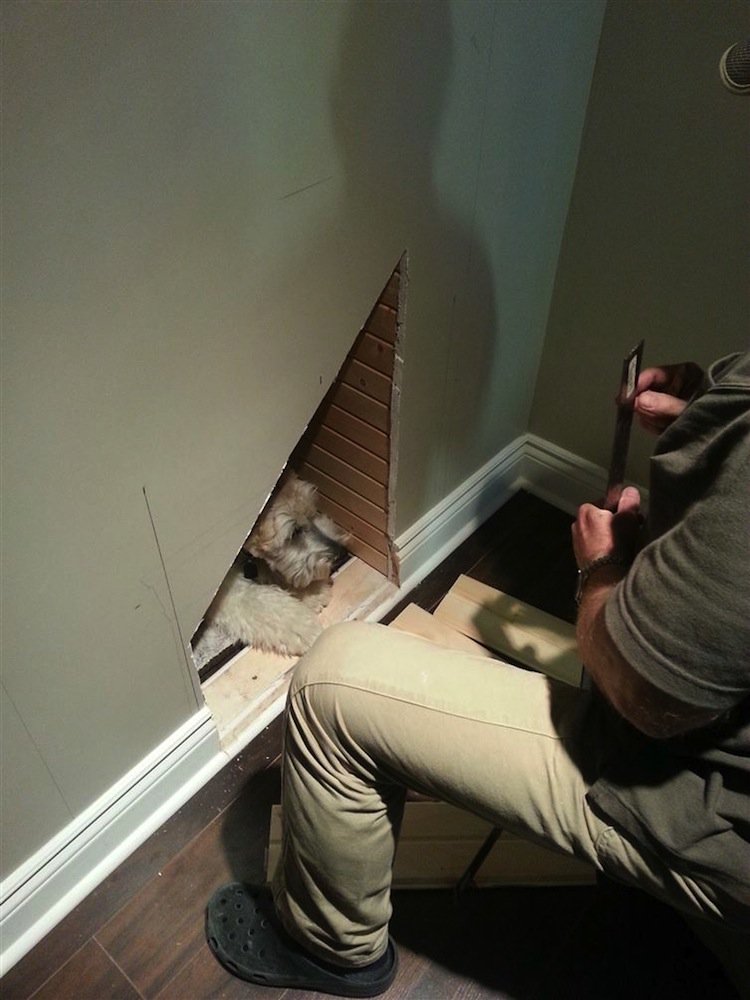 
His home isn't even built yet, but Jack has made himself comfortable! 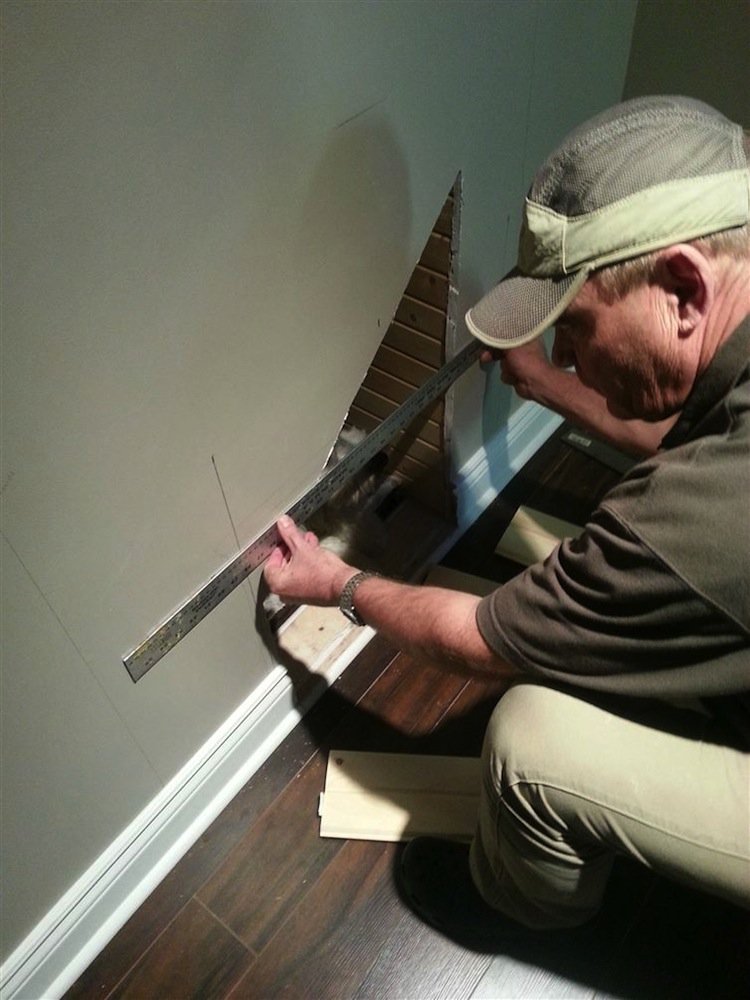 Jack's dad takes the last of the measurements… 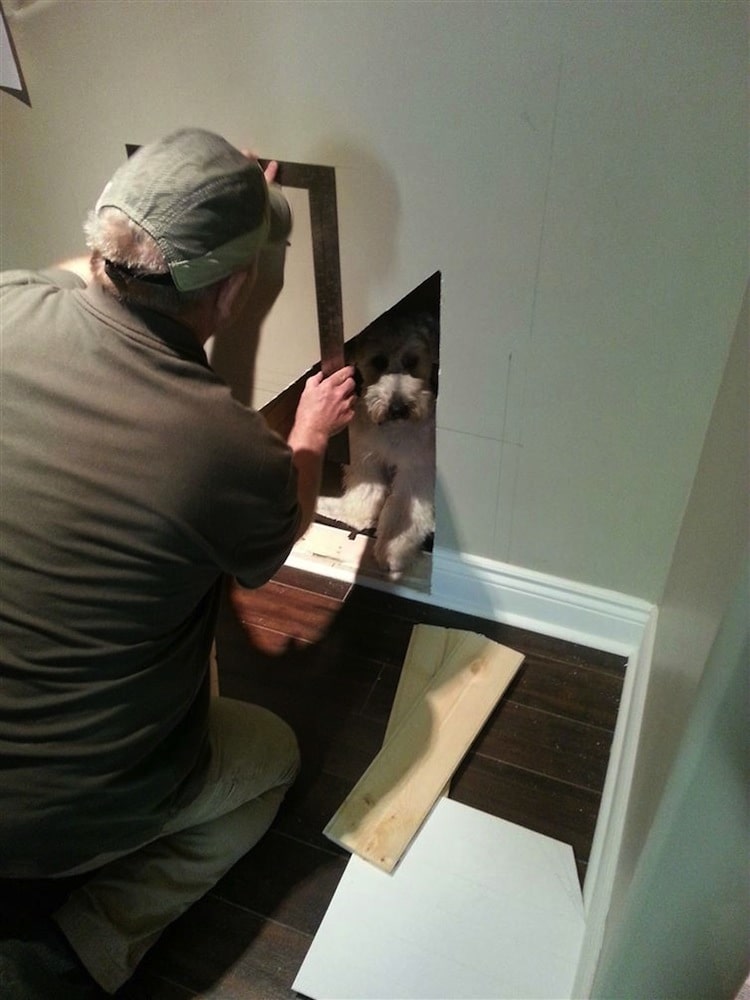 …while Jack himself patiently looks on. 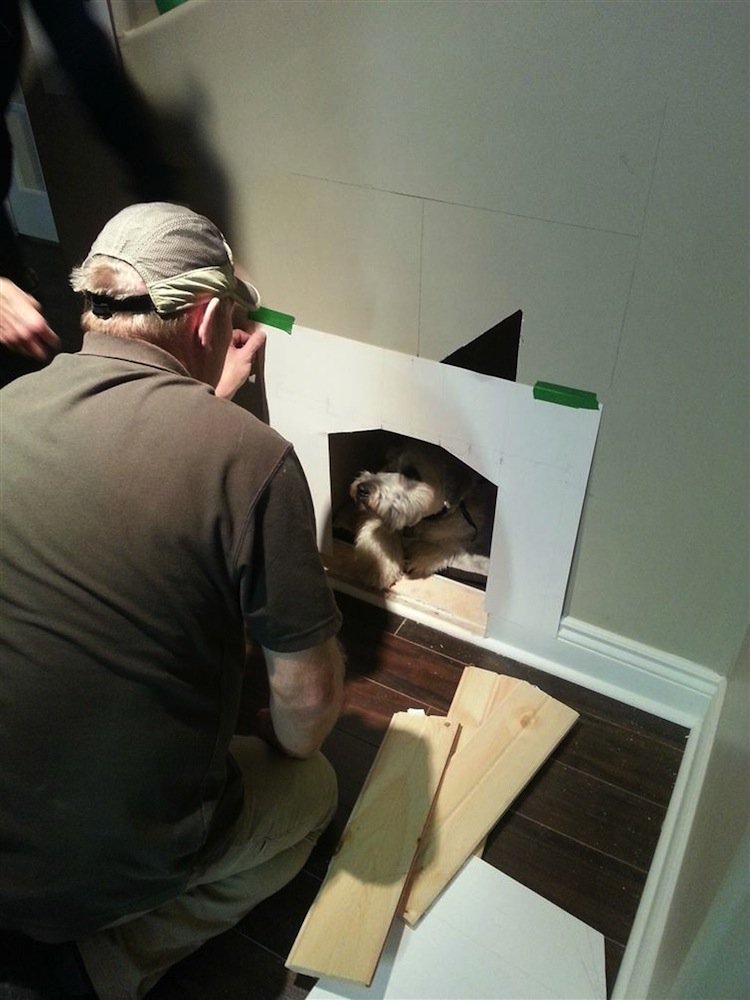 Going to work on the facade. 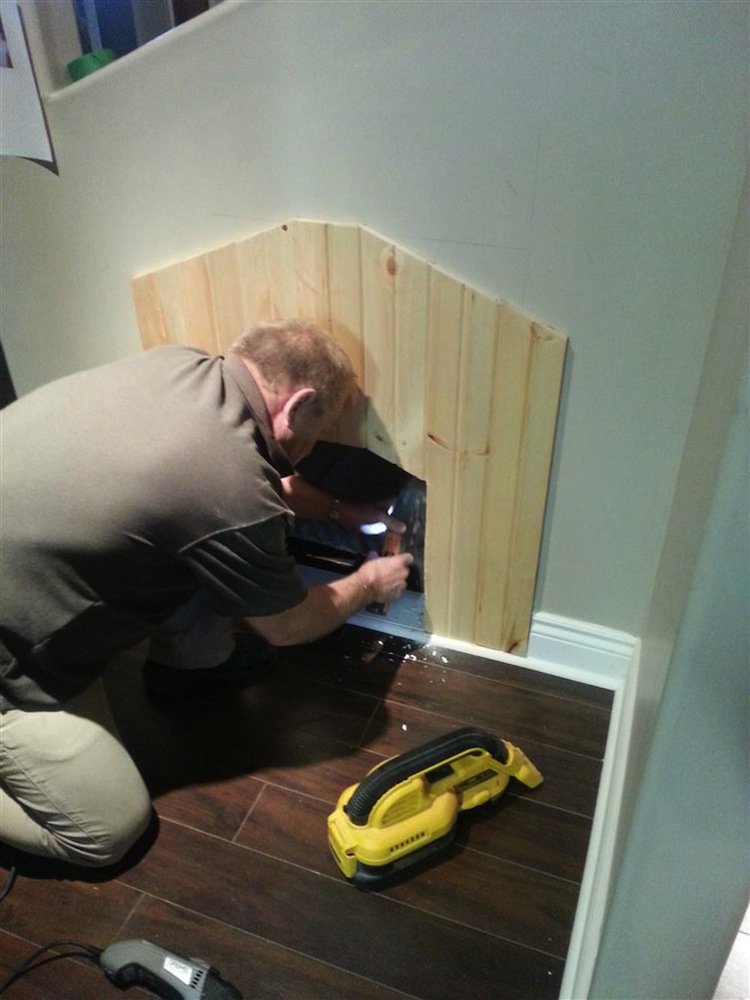 And once that was done, guess what? Jack decided his new home was ready! 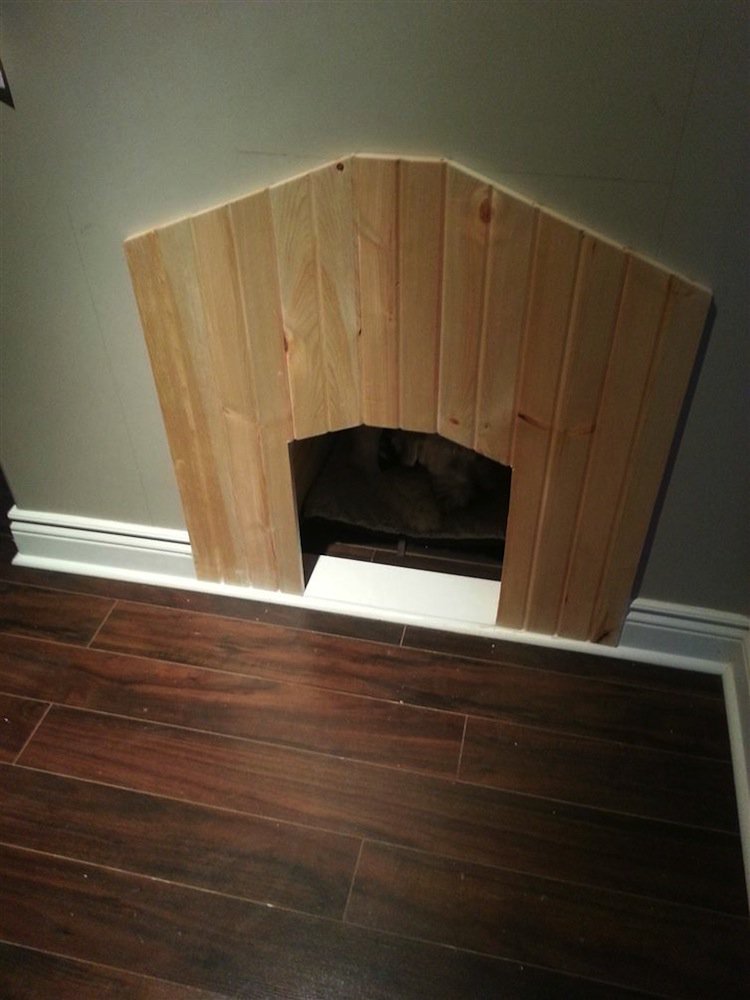 Hold on there jack, we're going to make it even better for you! 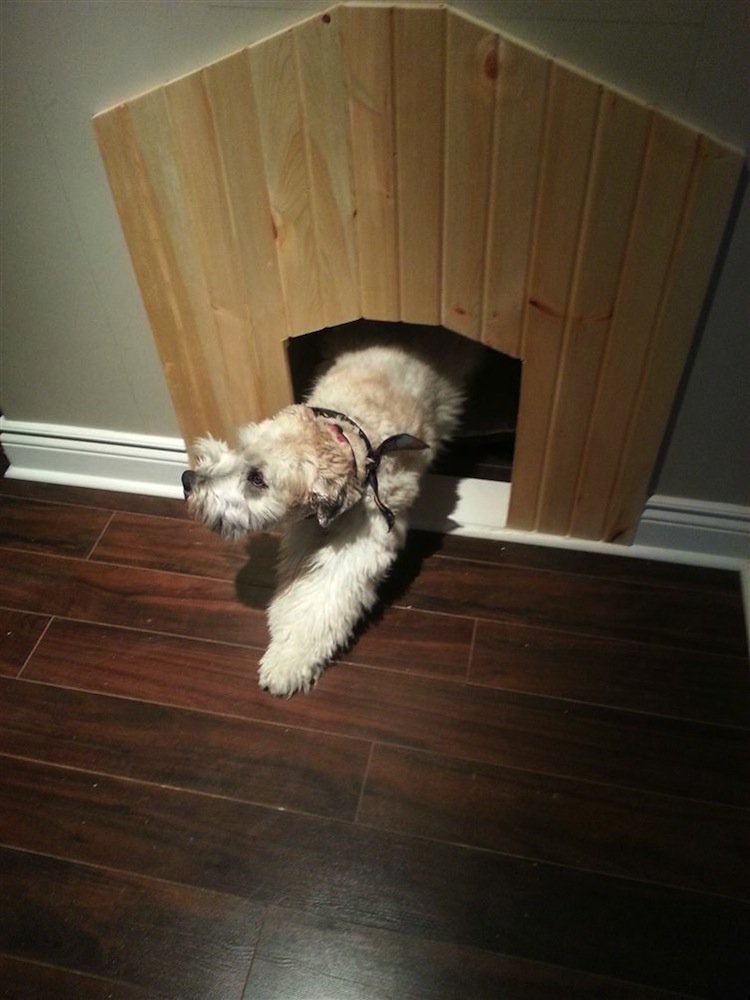 No home is complete without the little details like roof shingles. 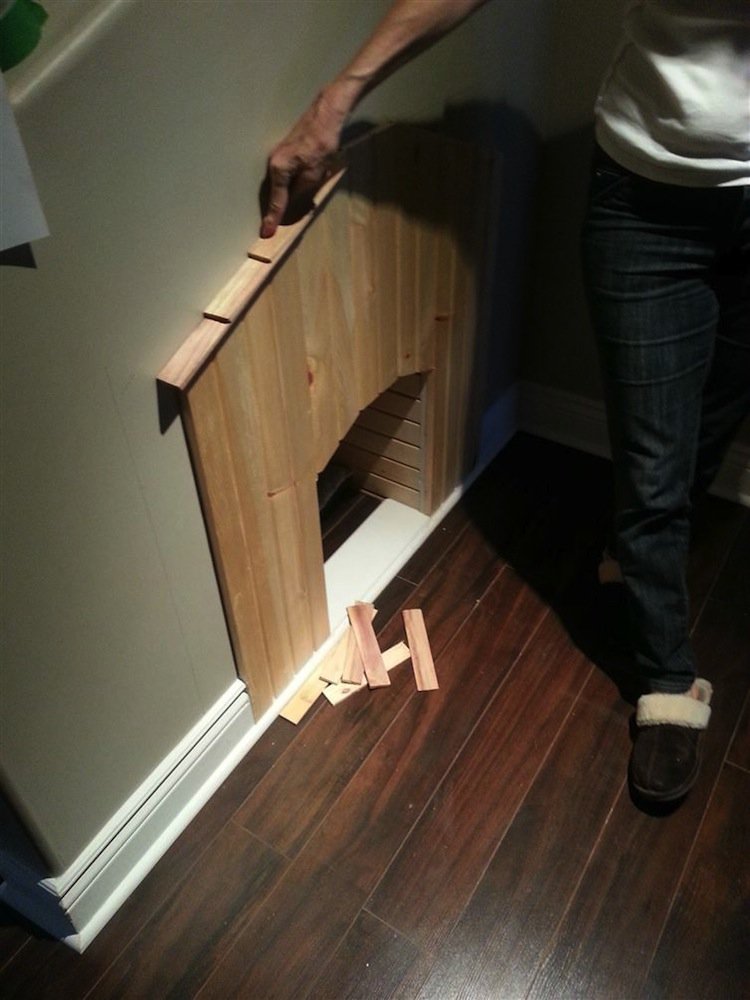 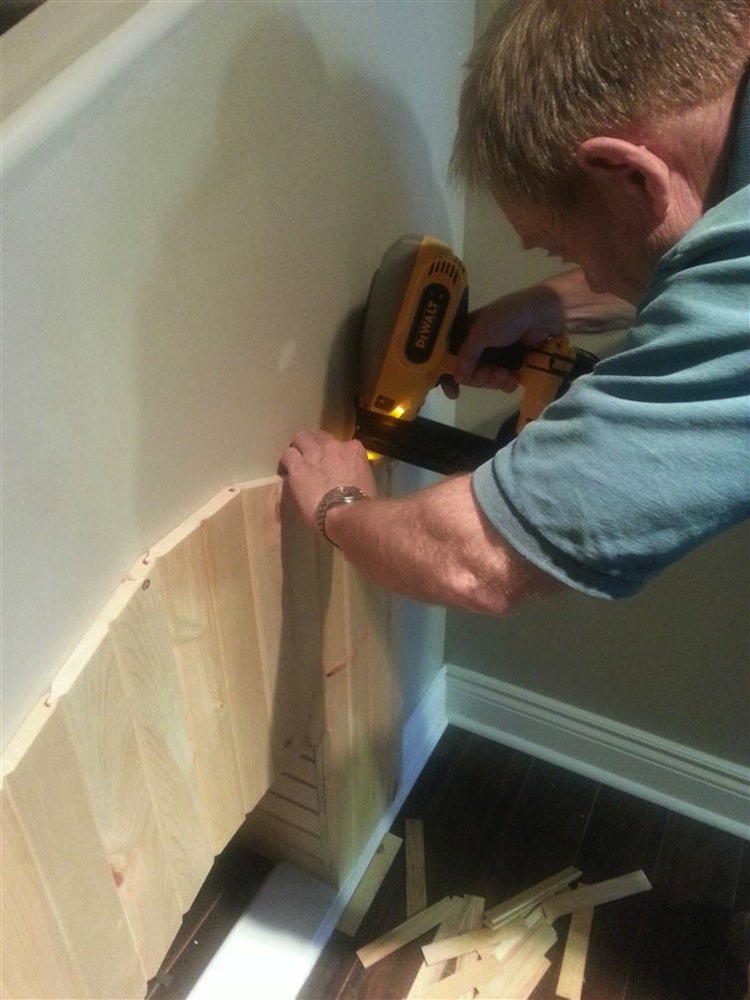 Wow, roof shingles really do make for a nice effect. 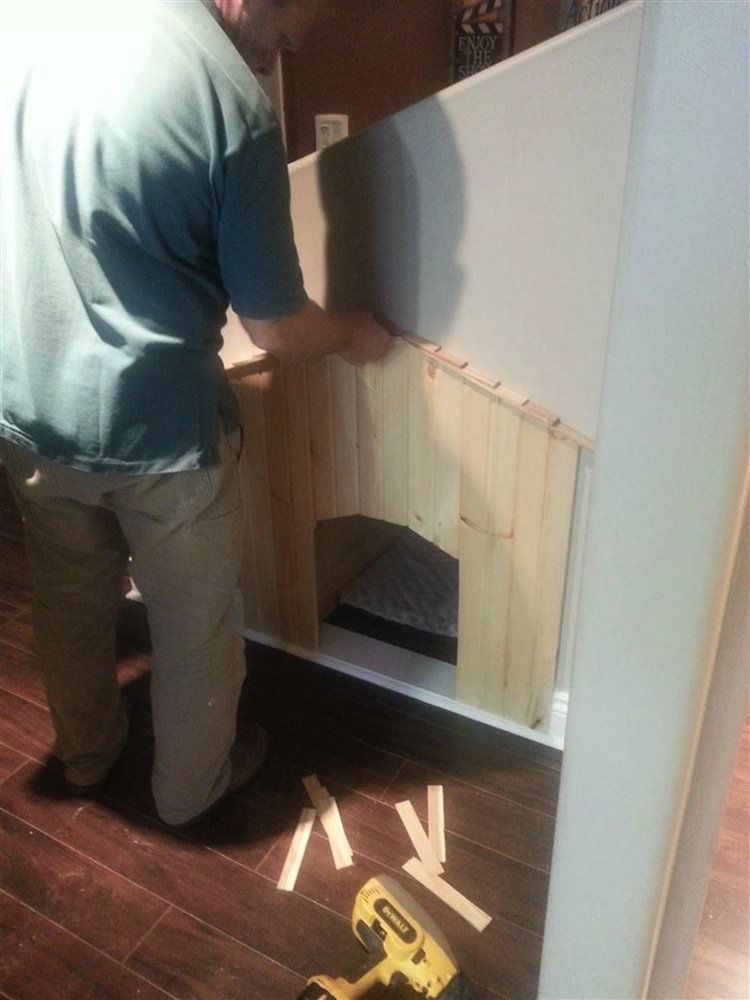 Jack, meanwhile, is waiting patiently, or as patiently as possible, to re-enter his new hidey-hole. 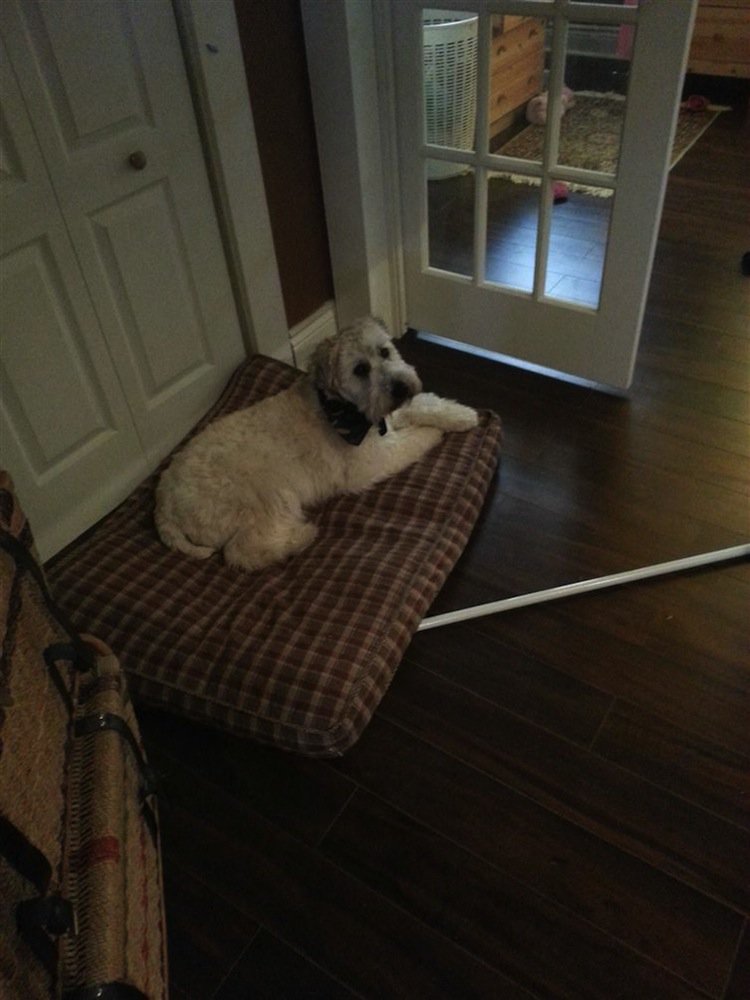 Voila. Jack's new bolt hole is complete. It has a comfy bed for him inside. 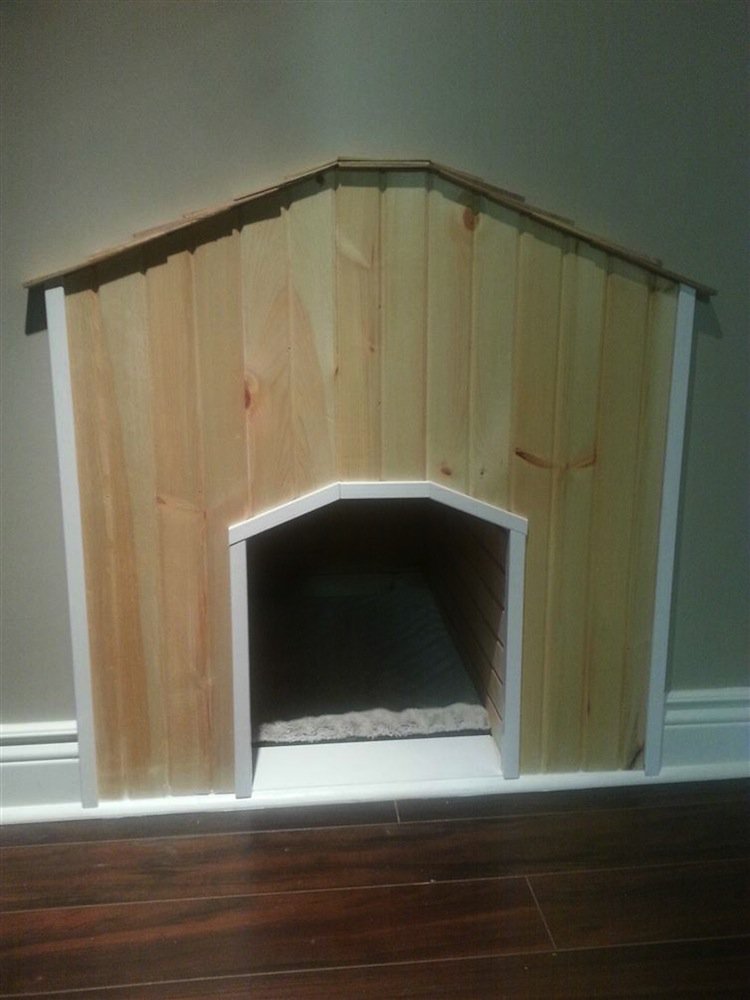 The view of doggy paradise from the hallway. 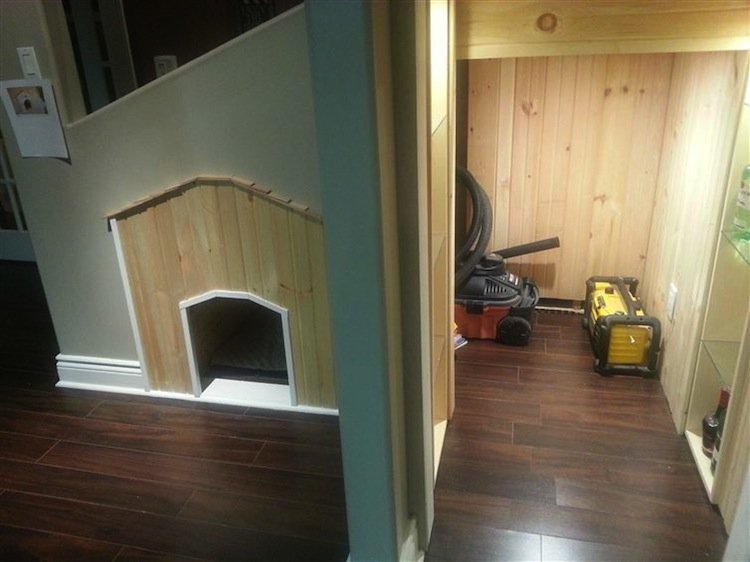