’90s kids have faced a lot of brutal realizations growing up. First off, we didn’t get our Hogwarts acceptance letters when we turned 11. Then at 14, we also realized were didn’t have a universe-saving destiny. These let downs were worse than learning that Santa wasn’t real. We’d even go as far as to argue that these moments contributed to our generation’s trust issues and obsession towards collecting merchandise inspired by our childhood fandoms.

In fact, even though we’ve got crushing financial burdens riding on our backs, we’ve made it a point to spend a good portion of our money on nostalgic merchandise. Over the years, we’ve seen some truly insane anime merchandise collections. And we bet this Sailor Moon Monopoly Board will make a fun addition to any collection dedicated to the iconic ’90s series. 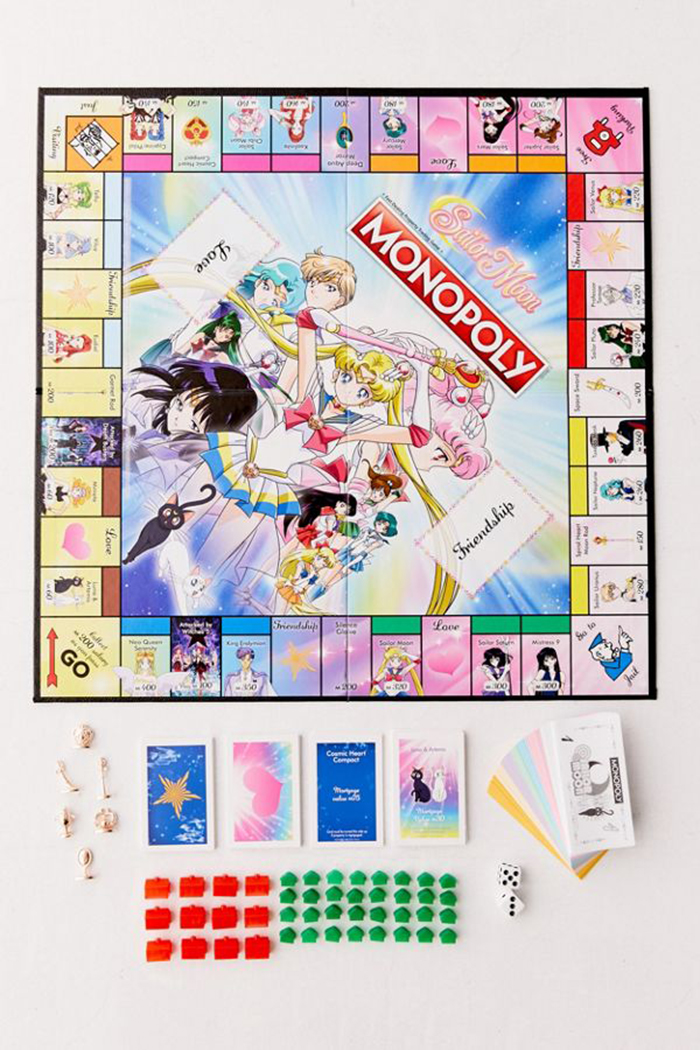 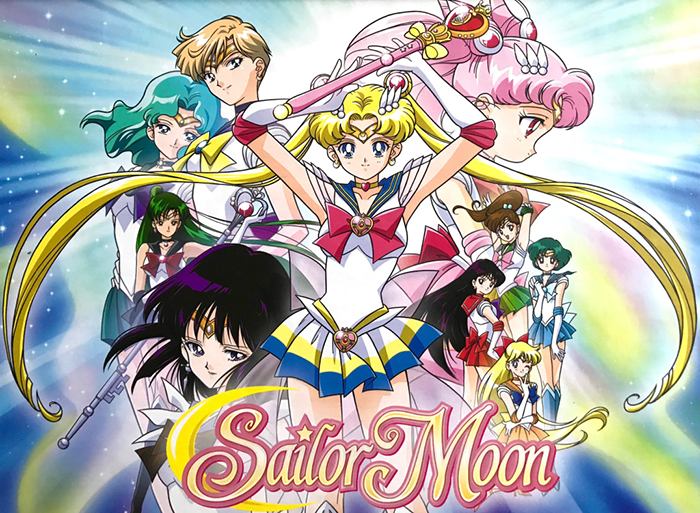 Sailor Moon is iconic for a lot of reasons. For one, the show’s heroine empowered young girls to pursue their interests and to have the courage to face obstacles along the way. Usagi Tsukino and her friends also demonstrated what real friendship looks like. And for some, the show literally opened up the entire universe for them. The show even inspired their young fans to pursue careers in astronomy and space exploration! In other words, the iconic anime series wasn’t just about crushes and sparkly things. 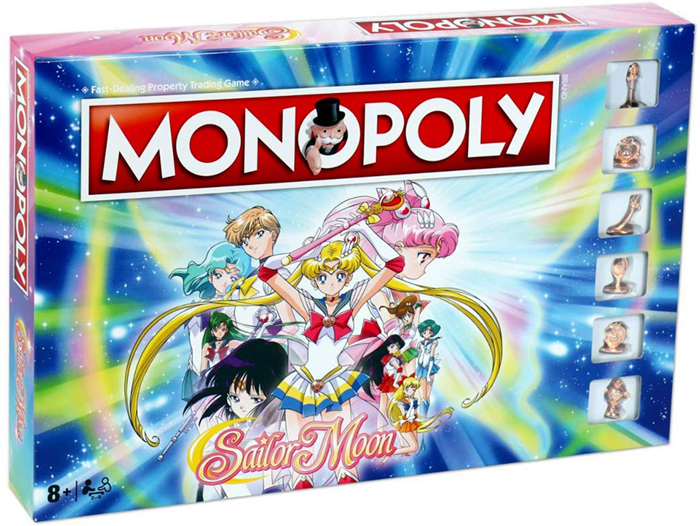 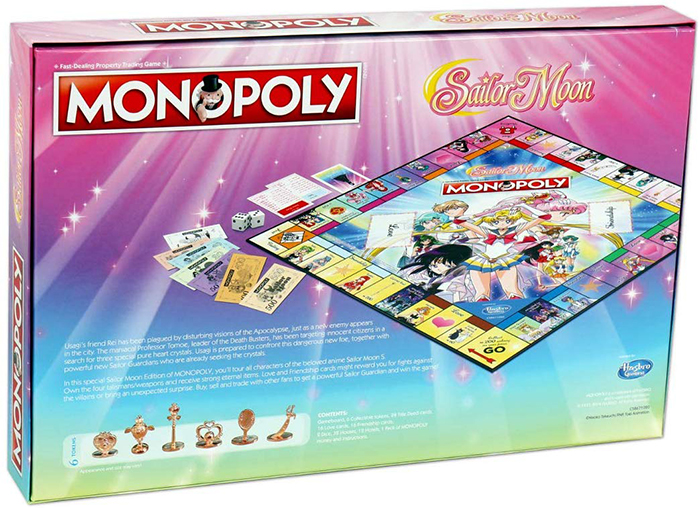 In January 2019, the Sailor Moon Monopoly board was announced. And as one would expect, the special board is rife with elements from the iconic ’90s anime series. According to the official statement, the board game lets players “revisit the purity of the ’90s anime with everything you need to take on the Death Buster, outsmart your opponents, and win a classic strategy game with the power of Pretty Guardians in your corner”.

The featured artwork in this magical game board are done by Marco Albiero, the franchise’s current artist. Marco’s the one responsible for all Sailor Moon retail art and Viz’s Blu-Ray/ DVD releases. 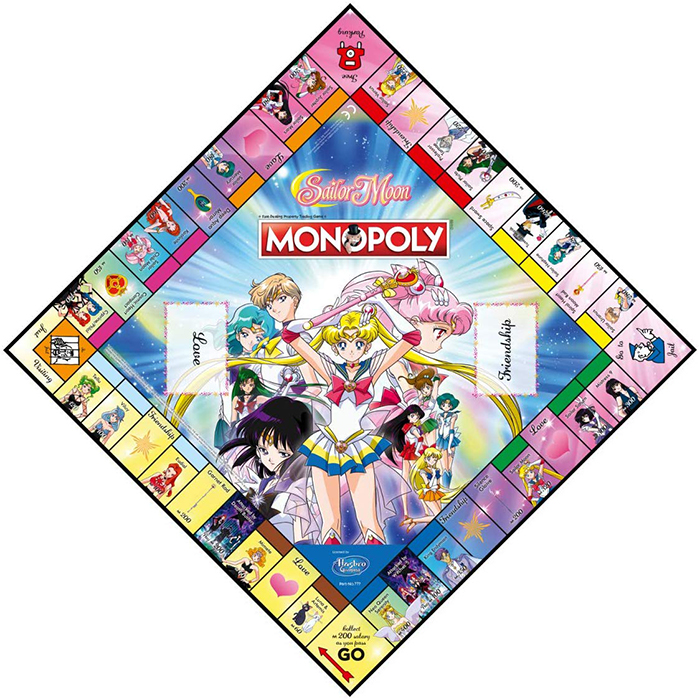 There are no properties to accumulate in this game 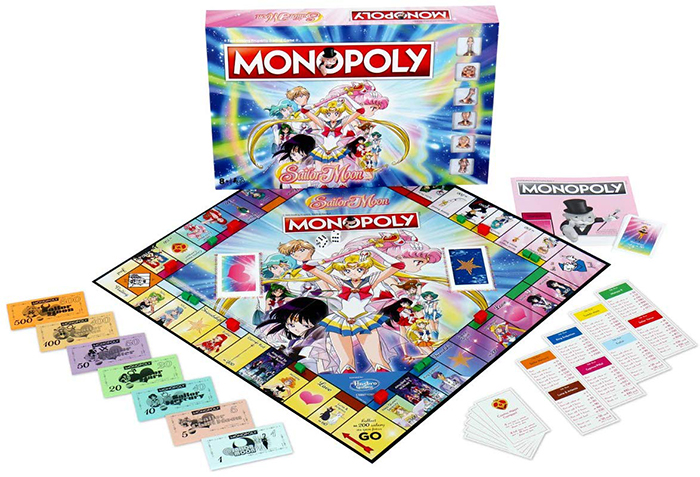 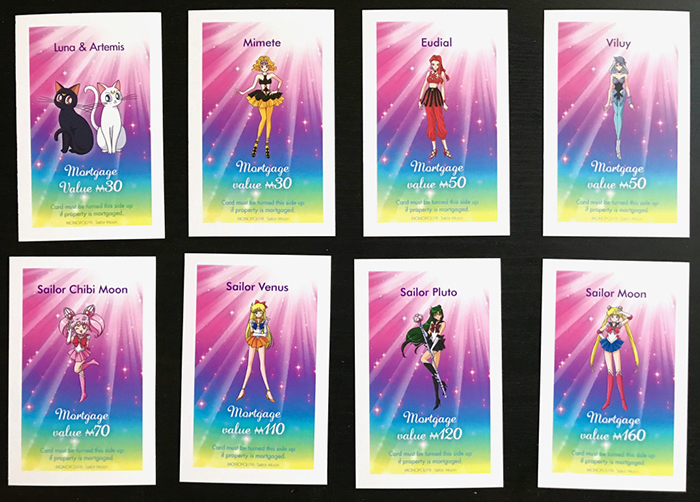 In classic Monopoly, you get to grow your empire through real estate. However, that is not the case with the Sailor Moon Monopoly game. Instead of property, you’ll be accumulating characters from the show as your allies. The pastel-hued, 22-location board features Sailor Moon’s exciting cast of characters.

You’ll meet her friends, love interest, feline guardians, and even her enemies along the way. For starters, you can meet Luna and Artemis, then work your way up to the Sailor Scouts until you reach King Endymion and Neo Queen Serenity. 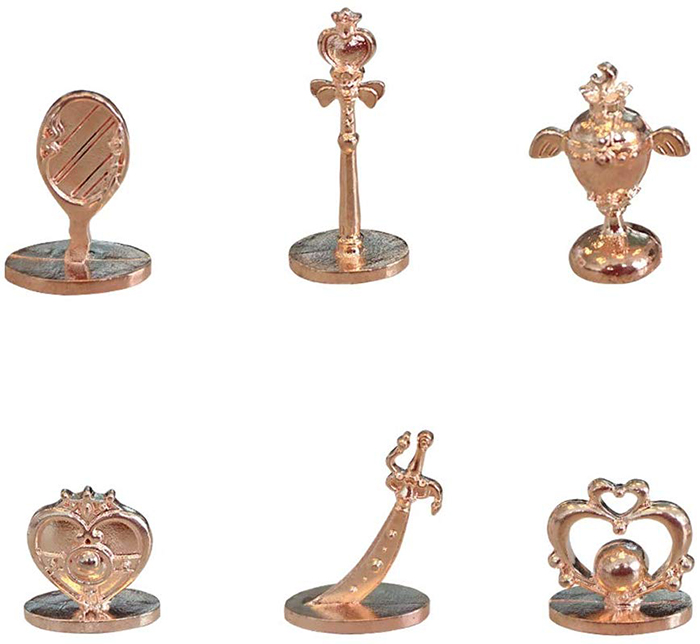 Just like any special Monopoly edition, its tokens are also based from iconic items from the show. The tokens are coated with rose gold, and come impressively detailed. You can play using the cosmic heart compact, moon chalice, spiral heart moon rod, garnet orb, deep aqua mirror, or the space sword, to outwit your friends and defeat the baddies. The community chest has taken the form of “love” cards, and chance cards have become “friendship” cards. Its contents are simple, cute, and very easy to understand. 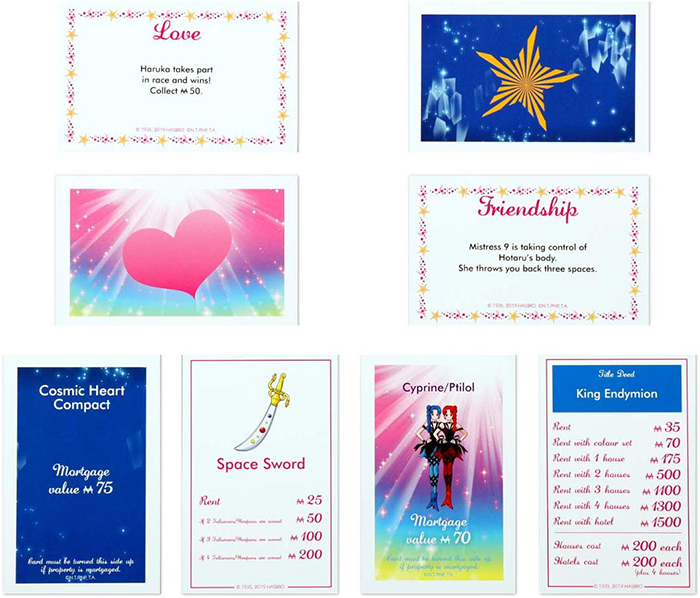 Speaking off baddies, there’s a chance that you might get “attacked by Death Busters,” which will cost you 200 in “Sailor Moon money.” Yes, you read that right. Sailor Moon money! You didn’t really expect the currency to be safe from the magic, did you? Every money bill features the Sailor Moon’s crew, and probably has the highest value in the whole universe. 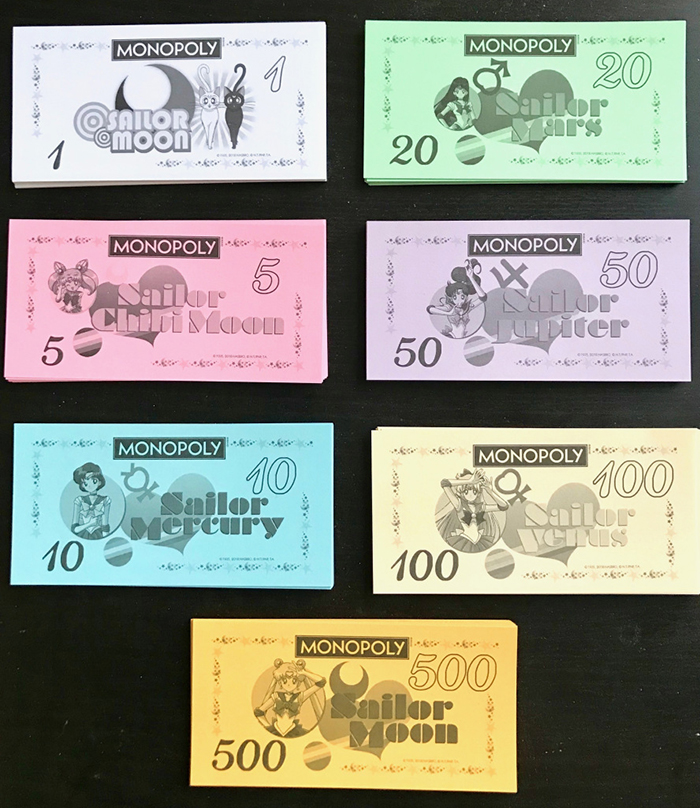