Everybody Needs A Blob Seal Pillow In Their Life

Japanese mail order company Felissimo unveils its newest and most adorable huggable pillow – the blob seal pillow. Chubby, cute, and cuddly, these dog-like sea creatures have the physical attributes that we’re looking for in a pet. Unfortunately, seals cannot be domesticated, unlike cats and dogs. As a matter of fact, there have been cases of baby seals dying because people tried to take them home as pets. No matter how cute they are, we cannot take seals as pets and we could only dote on them from afar. But thanks to Felissimo, we can now feel like we’re actually hugging a real seal with this blob seal pillow.

These fluffy seal cushions look so realistic because they are actually modeled after real seals. The Osaka Aquarium Kaiyukan is the home of two adorable seals that have captured the heart of the entire nation. One of them is Yuki-chan. This ringed seal has a plump, round figure and small face that make her look like a steamed bun. Aside from her chubby body, Yuki’s charming point is her black spots and a heart-shaped pattern on her left waist. This Chubby Yuki blob seal pillow is an exact replica of Yuki-chan. So anyone can bring it home and embrace it as much as they want. 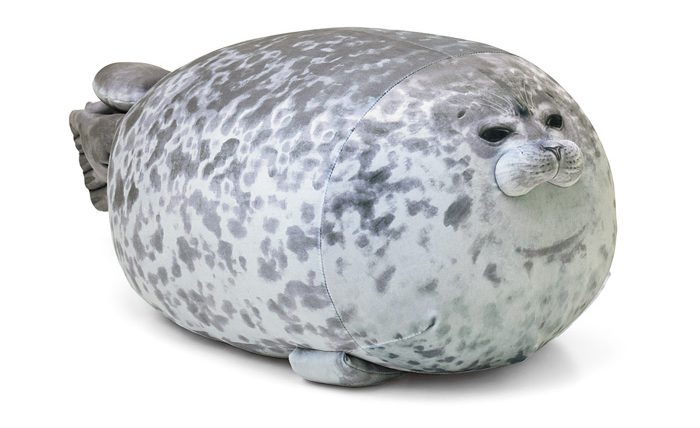 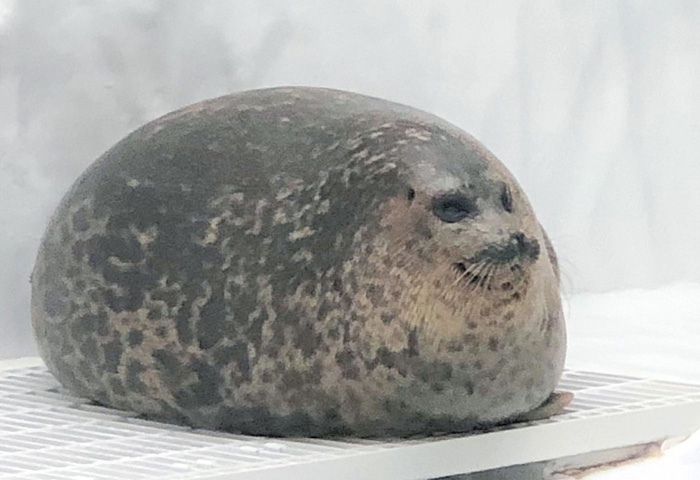 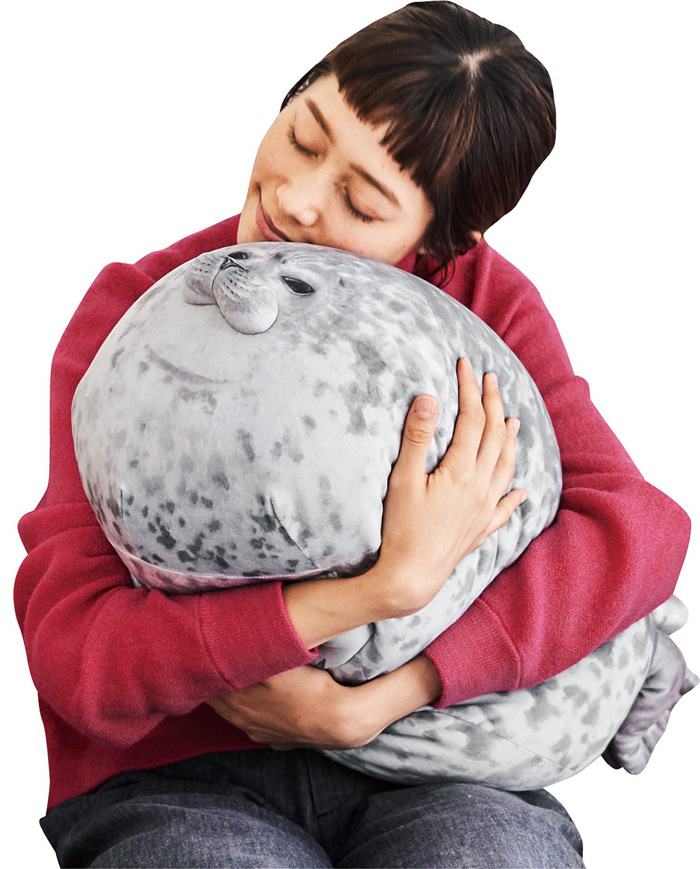 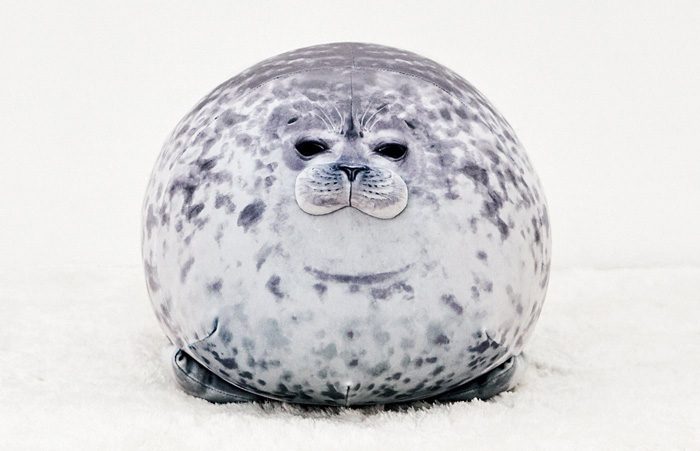 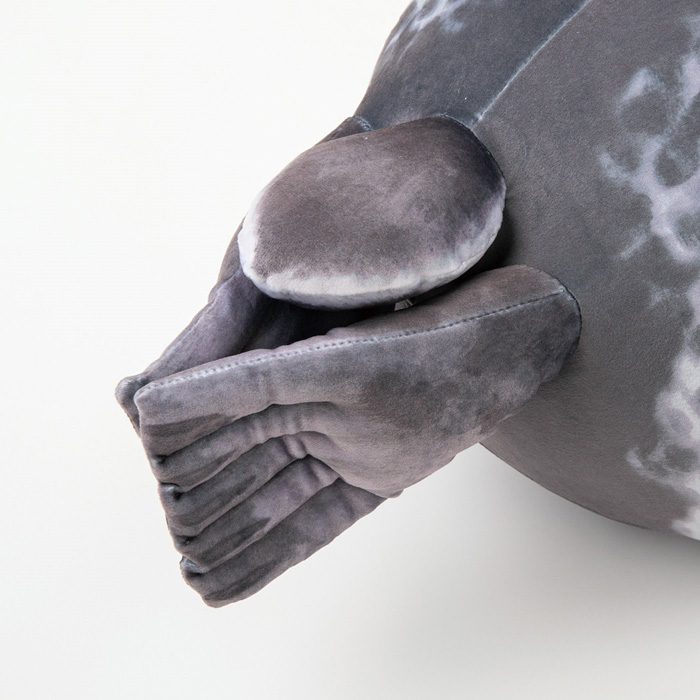 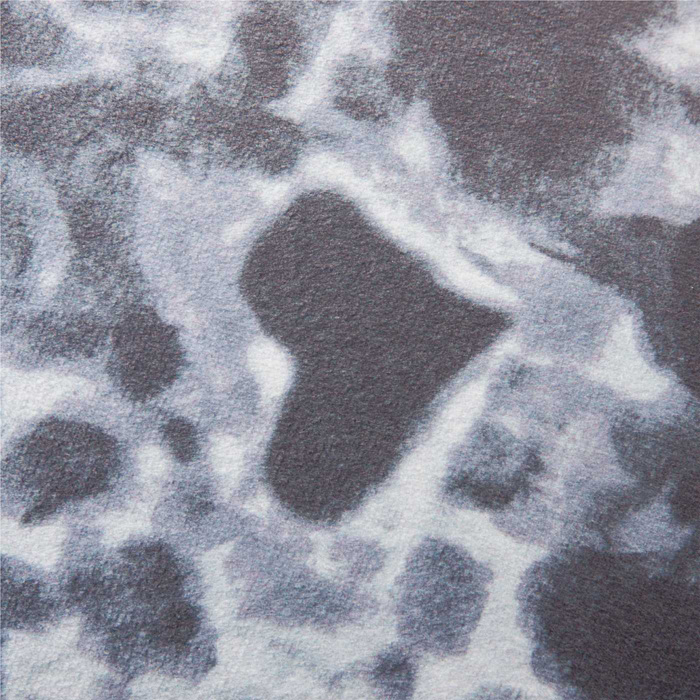 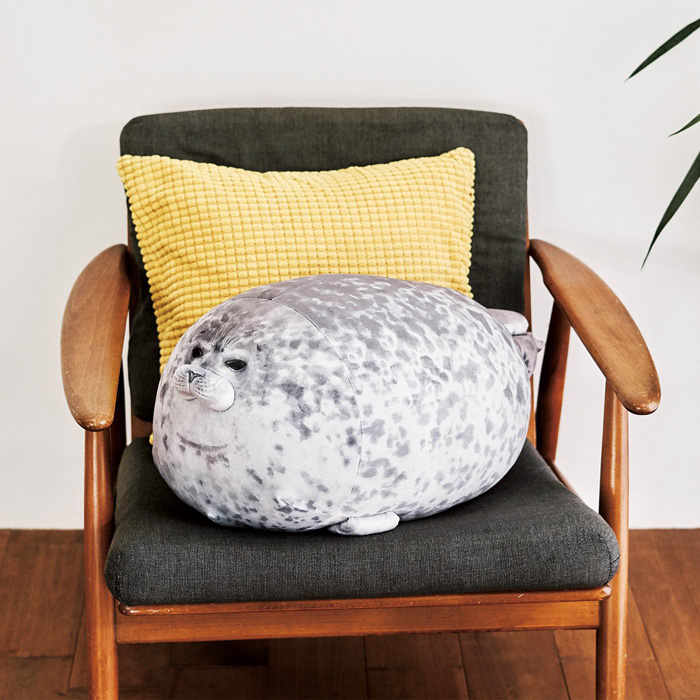 The other seal at Aquarium Kaiyukan is named Arare-chan. Just like Yuki, Arare also has a bun-shaped figure that makes her look so cuddly. But unlike Yuki, Arare-chan has a fairer complexion and lighter spots on her body. She is known for her charming smile that can melt even the toughest of hearts. In addition to her smiling face, her charming point is her left eyebrow which is unusually curled. This Mellow Arare blob seal pillow features the entire physical characteristics of the real Arare-chan. Hugging this plush pillow makes you feel that you are hugging the real seal.

You can also get a similar seal pillow here. 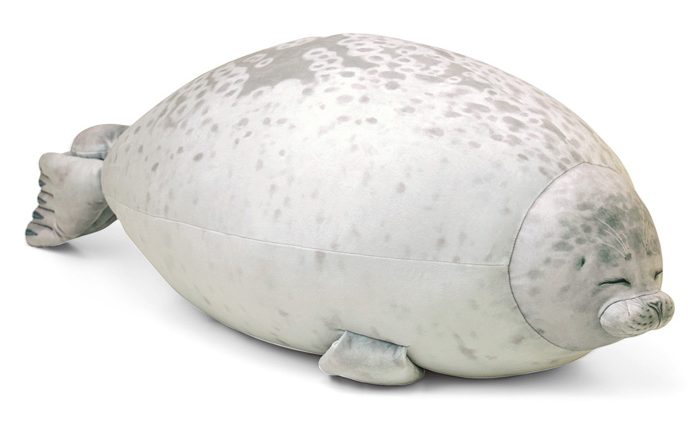 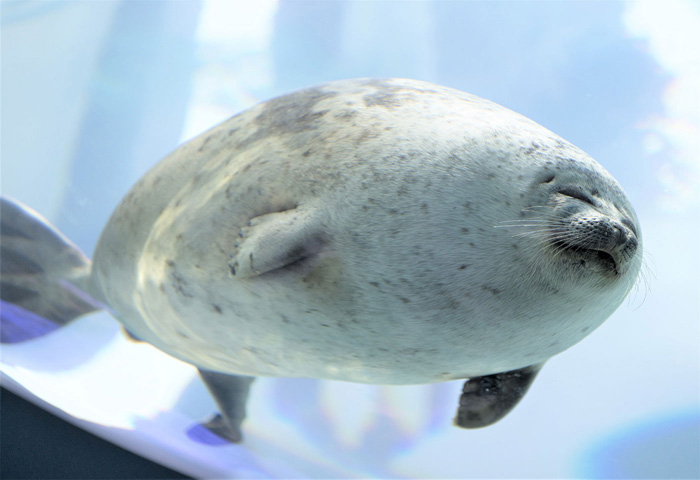 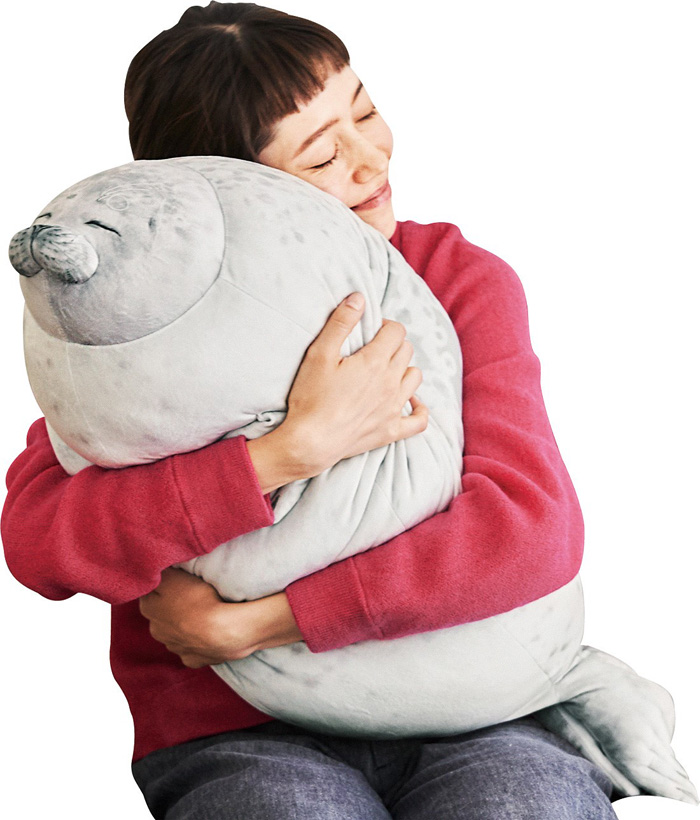 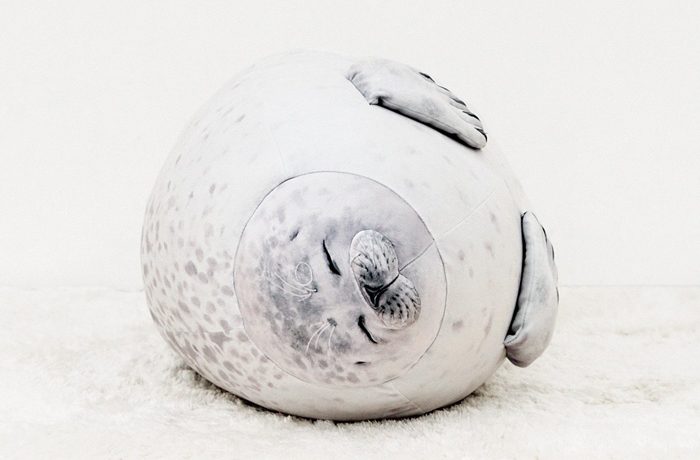 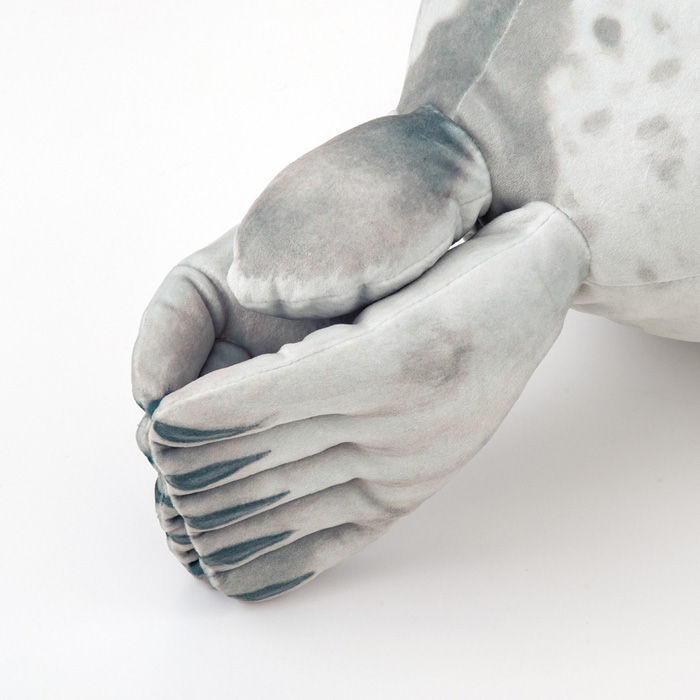 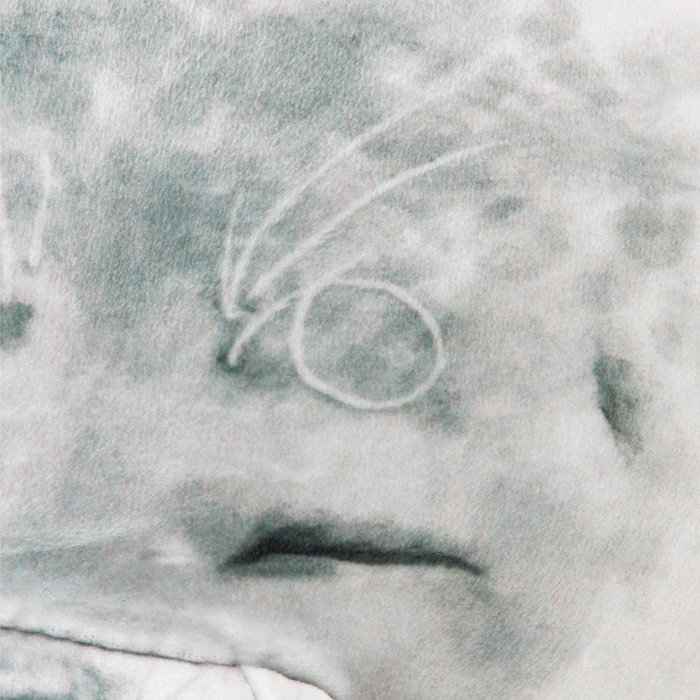 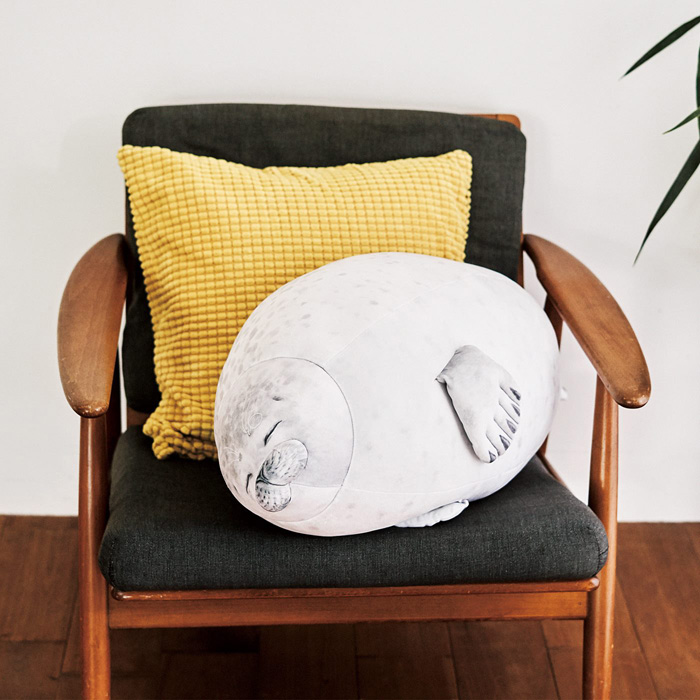 These fluffy cushions are made of polyester polyurethane blend cotton that is soft to the touch. Each pillow measures 23.6 inches long, 11.8 inches wide and 11 inches tall. Get the Chubby Seal Yuki and Mellow Seal Arare now and pet them as much as you want.

You can also get a similar seal pillow here.