What could be more embarrassing than defecating a poop so big that it clogs the toilet? It’s one of those shameful moments when you begin to question what you have done to deserve such damnation. Thankfully, there’s a poop knife that may literally save your life during these embarrassing times. And it is as it sounds, it’s a handy tool that cuts down a big fat stool into smaller portions. So, you can flush your dung down the toilet easily.

Now, you may think that the concept behind the knife is downright dumb. Well, you’re not wrong about that. The truth is, this is actually a gag gift intended for pranks or just to get some laughs from the receivers. At the other end of the spectrum, other people may find this gag gift useful in some ways. Well, considering the fact that many of us sometimes let out extremely large poops due to overeating or chronic constipation. And it’s really humiliating when you can’t flush your tough turd down the toilet particularly when you’re in a public restroom.

If you’re ever in that kind of predicament, this knife can really come in handy. It has a strong metal core for the ultimate feces cutting power and hygienic silicone exterior which is easy to clean and dishwasher safe. The soft knife measures 9.8 inches long including the handle. So, it’s long enough to keep your hand out of icky hazard in a standard depth toilet. 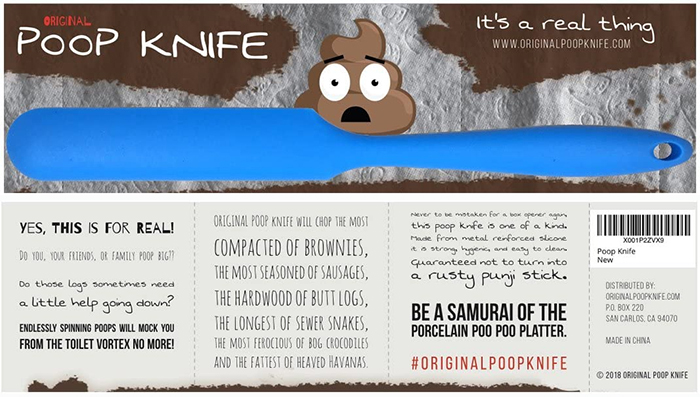 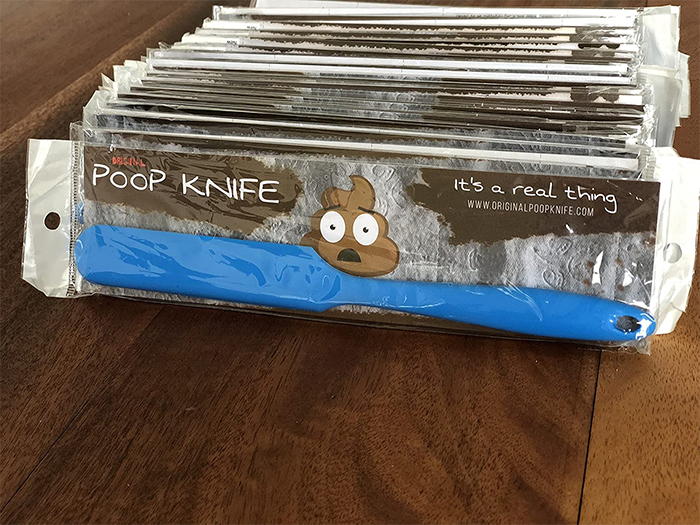 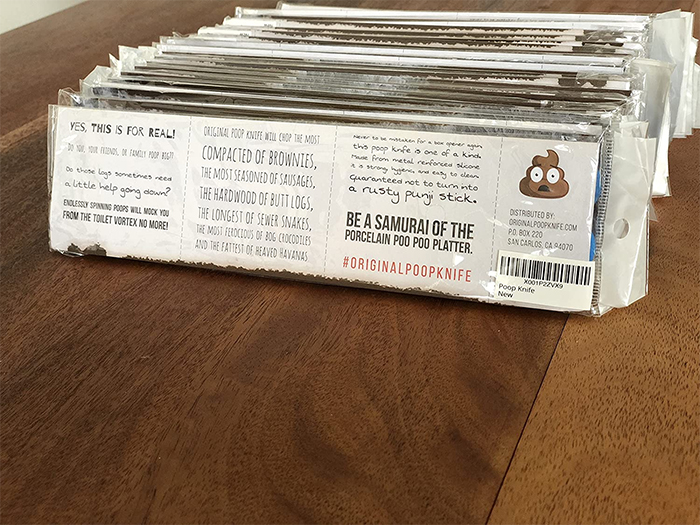 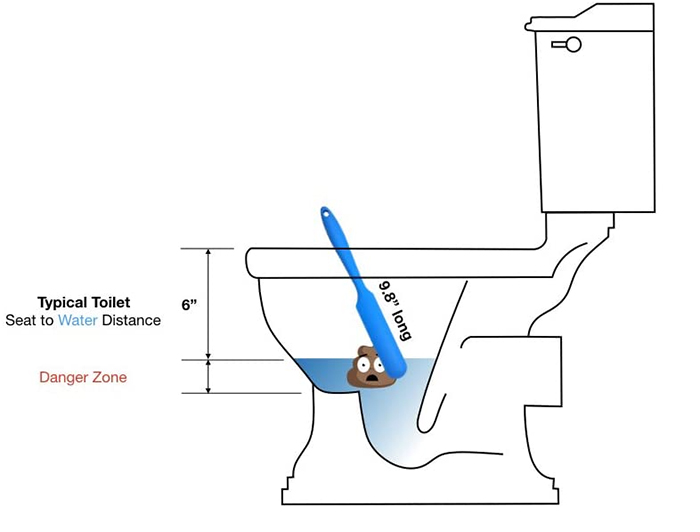 Whether you give it as a gag gift or as a practical tool for big poopers, this knife should do the trick. One satisfied customer wrote:

“This knife has been a real help to someone who has a medical condition that results in fewer, larger bowel movements that tend to plug the toilet. This can actually be used to break that down into smaller, more flushable amounts, which reduces the stress for the person who has this condition.” 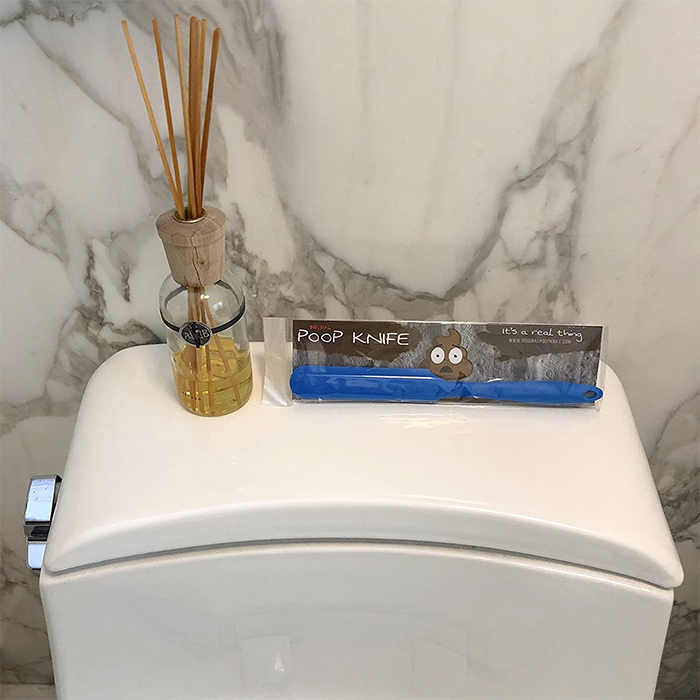