The world’s most favorite cookie brand always has a response to every season or any major event of the year. There are several speculations regarding the new upcoming and returning flavors, thanks to our reliable sources on Instagram. But finally, Nabisco confirmed four new Oreo flavors to hit the shelves starting June through August.

Early this year, Oreo released its new Carrot Cake flavor in January to greet the New Year with sweetness. Then Oreo made Valentine’s Day even sweeter with its Love, Oreo edition featuring cookies inscribed with cute quotes with pink crème in between. Before February ended, Nabisco rolled out the Easter Egg Oreo featuring egg-shaped cookies with spring-inspired purple crème. Recently, the cookie brand brought back the S’mores Oreo just in time to greet the summer season. This summer-themed limited edition Oreo flavor presents graham cracker flavored-cookie stuffed with marshmallow-chocolate crème. 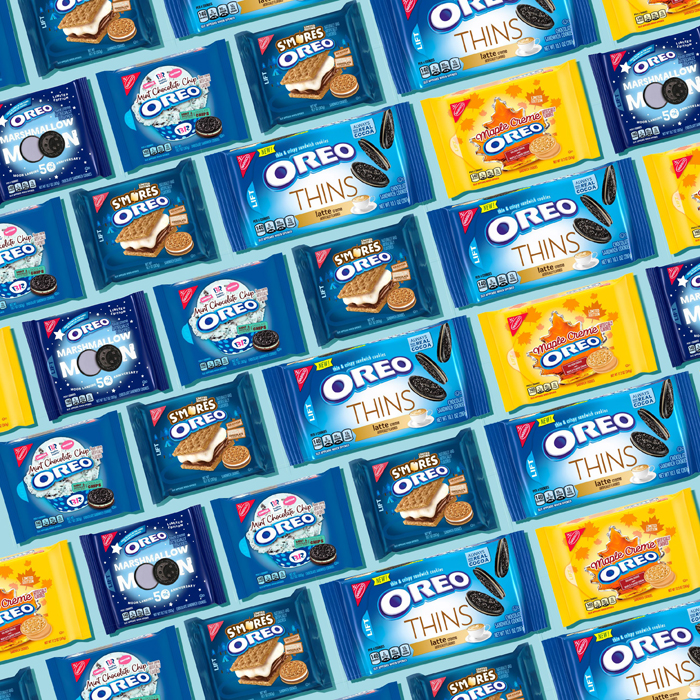 So, what’s next for Oreo? We’re barely halfway through 2019, and we’re expecting more new flavors to come our way. After months of guessing and speculation, Nabisco finally came forward to announce the four new Oreo flavors. We’re pretty sure everyone is excited for this so here you go. The four new Oreo flavors are as follow: 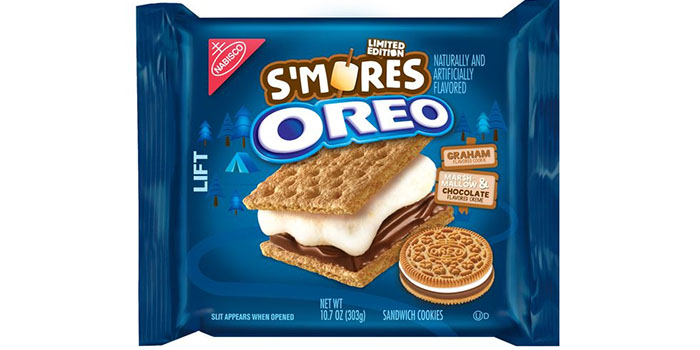 You can pick these delicious S’mores Oreos up now! 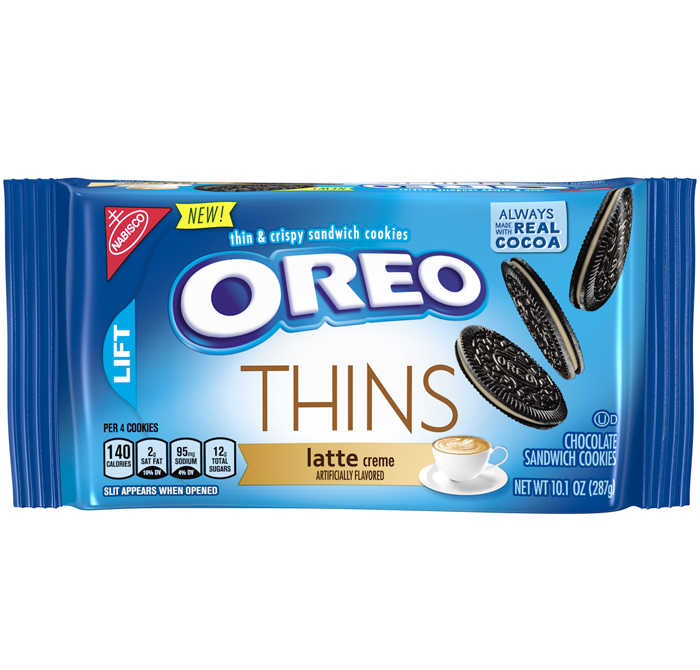 The brand is introducing a new addition to its Oreo Thins variants. The thinner version of the original cookie can now be enjoyed in Latte Crème flavor. Oreo Thins Latte Crème flavor will be rolled out in June which is only a few days from now. And the good news is, this is a permanent flavor so there’s no need for panic buying. 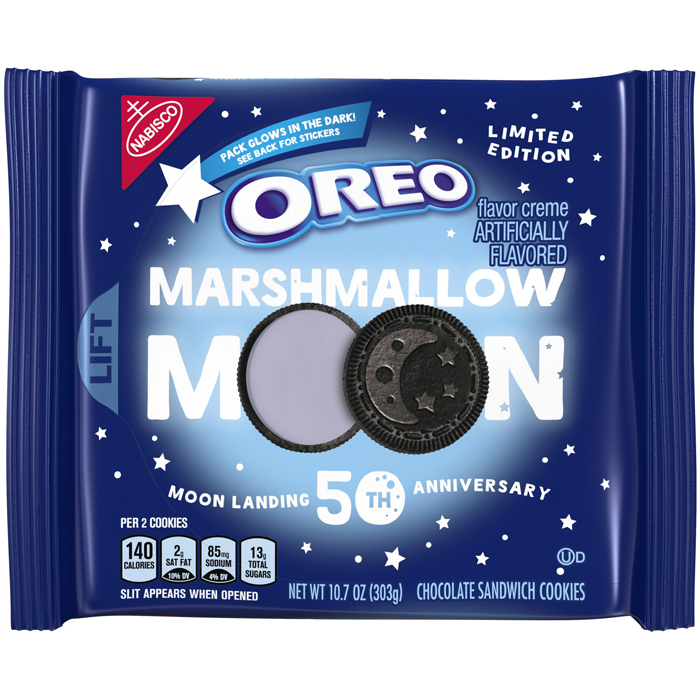 This coming July 20, we will be celebrating the 50th anniversary of man’s first landing on the moon.  Of course, Oreo won’t let this event pass by without a statement.  That is why the brand recently unveiled the new space-themed cookies to honor one of mankind’s greatest feats. The new Marshmallow Moon Oreos will be available on the market in mid-June. These cookies will come in glow-in-the-dark packaging. Additionally, the space-themed cookies will have purple-colored marshmallow crème filling. 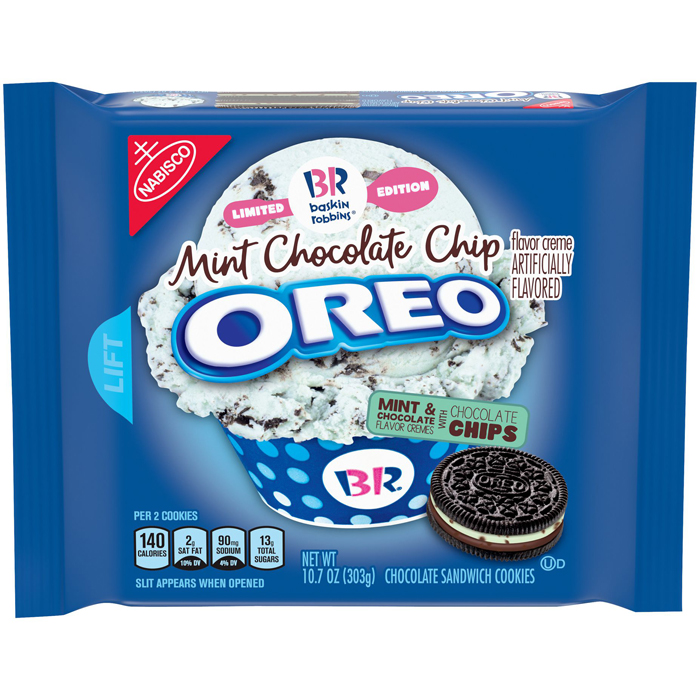 A couple of months ago, rumors about the new Mint Chocolate Chip surfaced on Instagram. According to the rumor, collaboration between Oreo and Baskin-Robbins brought up the new flavor. However, both Nabisco and Baskin-Robbins are mum regarding the rumor. Not until now. Nabisco finally confirmed that the new ice-cream flavored cookie will be rolled out on mid-July. 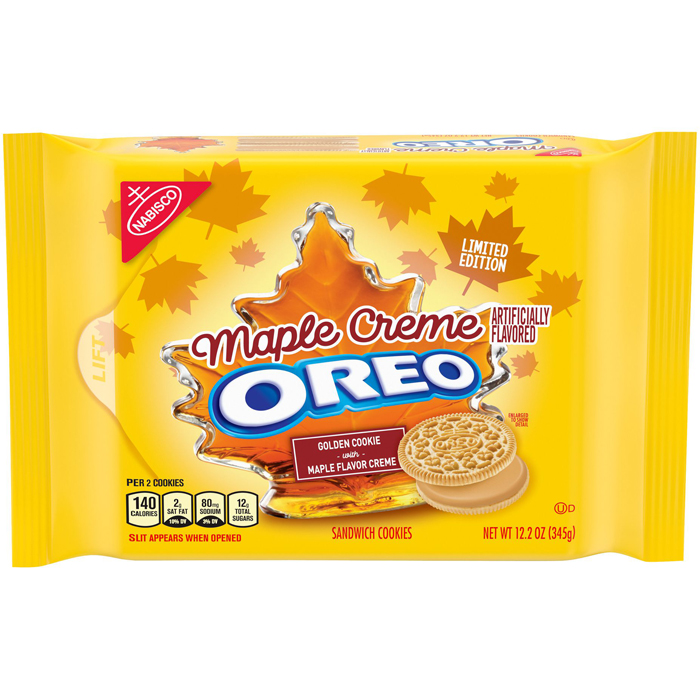 As early as now, Oreo already announced a new flavor to bid farewell to summer and welcome the fall season. The new Maple Crème Oreo will be hitting shelves on mid-August. It will feature golden Oreos filled with maple crème.

Check out their US Amazon store or their UK Amazon store for loads of amazing flavors you have never heard of!