Oreo lovers, are you ready to take a trip to the moon? Here’s the new Marshmallow Moon Oreo cookies that will surely make you leap up into the sky with delight.

On July 20, 1969, Neil Armstrong landed his first step on the moon to mark one of humankind’s greatest milestones. Come July 20 this year, we will be commemorating the 50th anniversary of man’s first landing on the moon. With regards to the upcoming celebration, various brands and companies are expected to feature their own moon-themed product line. Many companies are still mum about it. But Oreo has been the first brand to announce its new flavor for the most-anticipated event of the year.

Last month, there were rumors about the new Marshmallow Moon Oreo Cookies to add to the brand’s marshmallow-flavored collection. The news broke out when snack blogger JunkBanter posted a photo of the new packaging on Instagram. 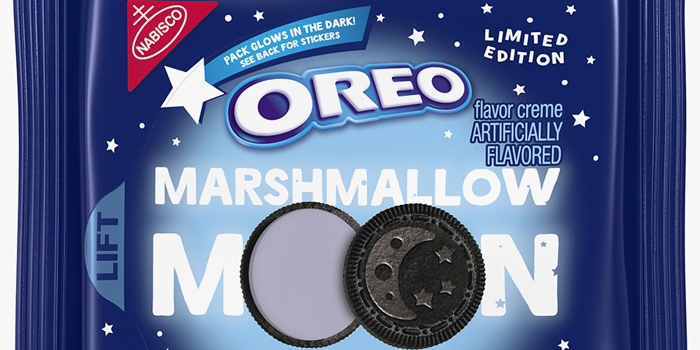 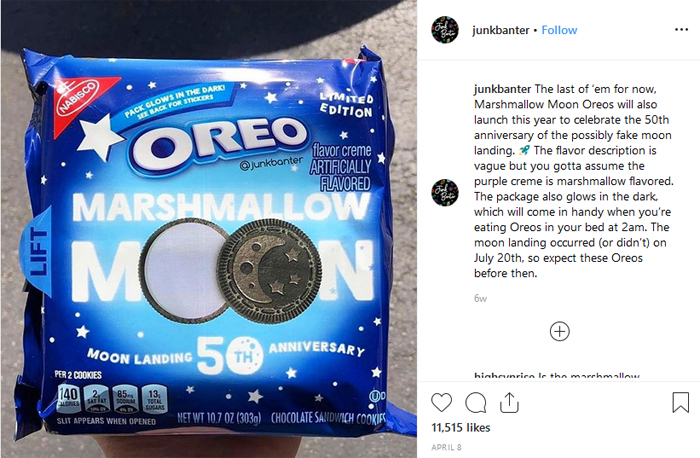 But JunkBanter wasn’t actually the first one to reveal the new flavor. Back in September 2018, food blogger Markie_devo already posted a mock-up packaging of the rumored flavor. 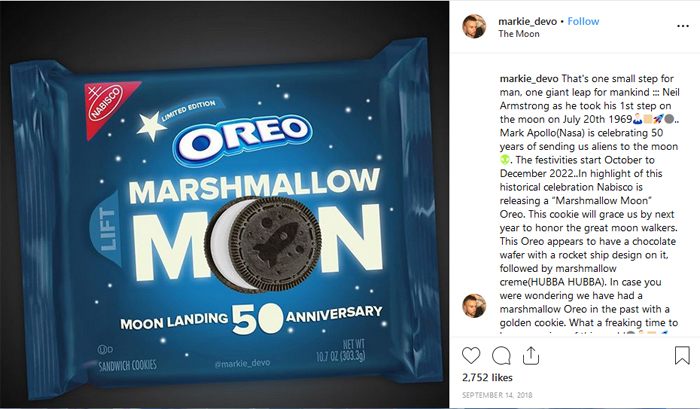 The company just confirmed the rumor just recently to finally put all our doubts to rest. According to Nabisco, the Marshmallow Moon Oreo will be hitting shelves in mid-June, just in time for the anniversary.

“The limited edition features three fun, moon-landing designs on the cookie with delicious purple marshmallow creme inside,” Nabisco said in a statement. “Plus, the cookies will come in glow in-the-dark packaging with anniversary sticker sets on pack.” 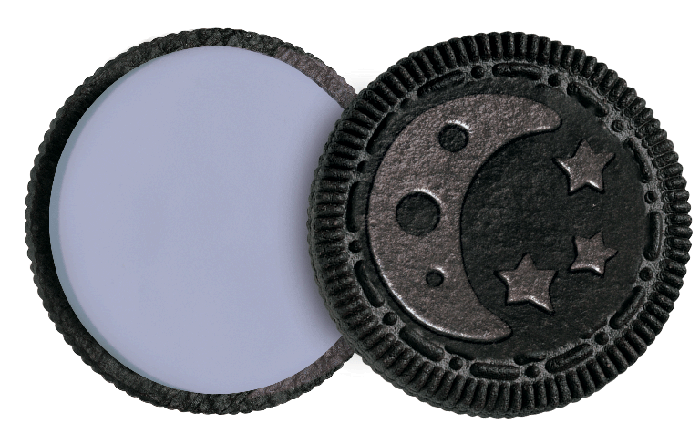 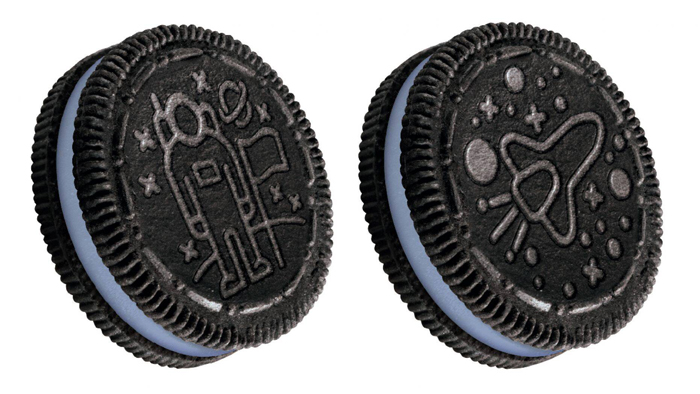 They instantly got us with the glow-in-the-dark packaging. But of course, it would be more about the taste than its outside appearance. Will it be an out-of-this-world flavor that will bring us to the moon and back? Or will it be a disappointing flavor that will make us doubt about the Apollo 11 authenticity? We’ll have to wait until June to get our hands on the new Marshmallow Moon Oreo cookies. But for now, let’s enjoy these GOT-themed Oreos and marshmallow crispy Oreos while they last.  We’ll  be saying goodbye to this flavor when the TV series concludes on May 19. So, let’s make the most out of it.