Pokemon And Oreo Have Collaborated With 16 Different Character Designs

Relive the exciting journey of catching the cutest ‘pocket monsters’ with the new Pokemon Oreos. The legacy of Pokemon for millennials has been momentous as this generation grew up with the popular show – and was there with Ash Ketchum when he started his journey to becoming a Pokemon master. And if you need something to remind you that millennials are indeed getting old, let us just tell you that the show’s first episode was aired in the US 23 years ago. Yup, it’s been that long ago when we first fell in love with the cute pocket monsters and got obsessed with the show.

The Pokemon craze hasn’t died down a bit despite still running for almost 25 years. From the 151 adorable fictional species of Generation I up to the eighth generation, there are 898 distinct Pokemon species as to date. When it comes to abilities and physical appearance, these powerful monsters greatly vary from the cute little ones to the colossal fighting machines. For those who were initially introduced to the first generation of Pokemon, nothing can really beat the cuteness of the tiny ones. So, let’s take a trip down memory lane and hunt the cutest pocket monsters by grabbing a pack of these Pokemon Oreos. 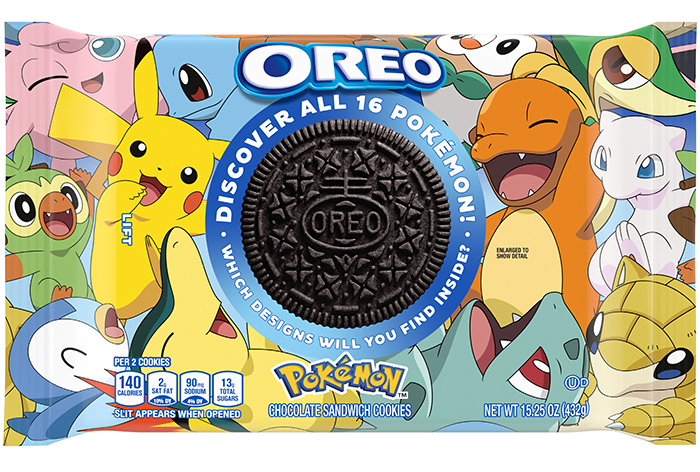 This limited edition Pokemon Oreos is the collaboration that we really need in our lives. Furthermore, it is the cookie brand’s first ever rarity scheme. The new offering features 16 embossment designs presenting the cutest pocket monsters of all time. Character designs feature 9 adorable species of the first generation including Pikachu, Bulbasaur, Charmander, Squirtle, Jigglypuff, Lapras, Sandshrew, Mew, and Dratini. And the cutest ones from Generations 2 through 8 including Cyndaquil, Sableye, Piplup, Snivy, Pancham, Rowlet, and Grookey. 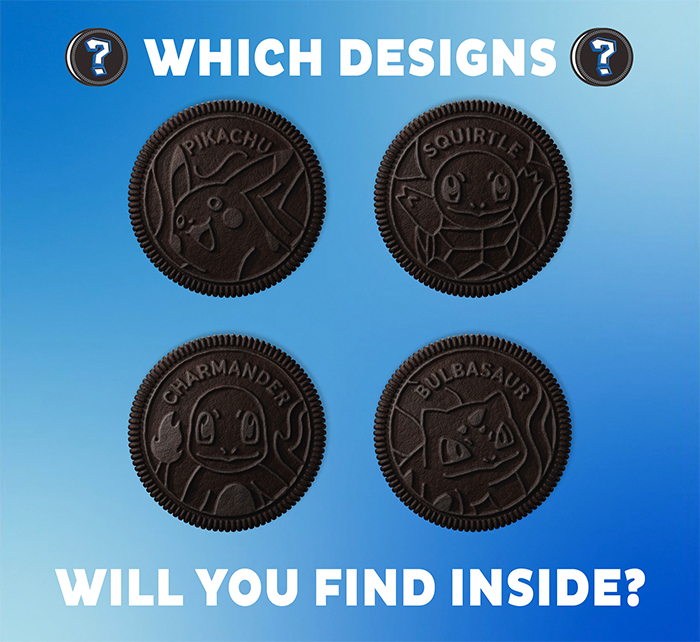 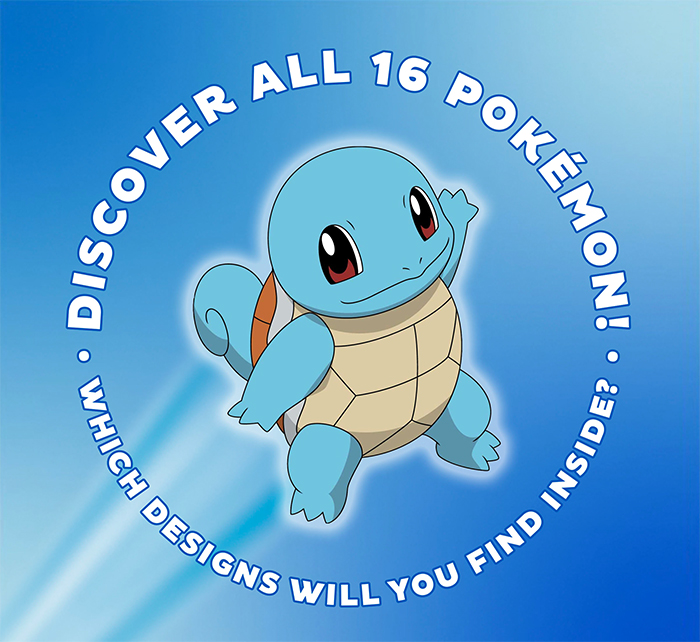 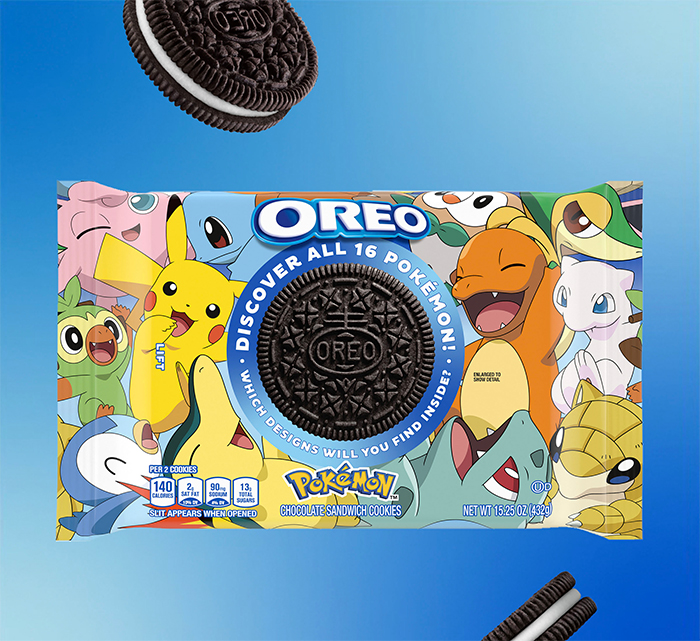 We mentioned earlier that this is Oreo’s first ever rarity scheme and let us explain how this works. Just like in the series, some embossment designs are harder to find than the others. Hence, finding a rare cookie design inside a pack is like catching a rare Pokemon in the Pokemon universe. Apparently, the cookie designs include plenty of Pikachus and extremely limited amount of Mews. The assorted cookies are then randomly packed, so this means you’ll never know what you’ll get inside every pack. 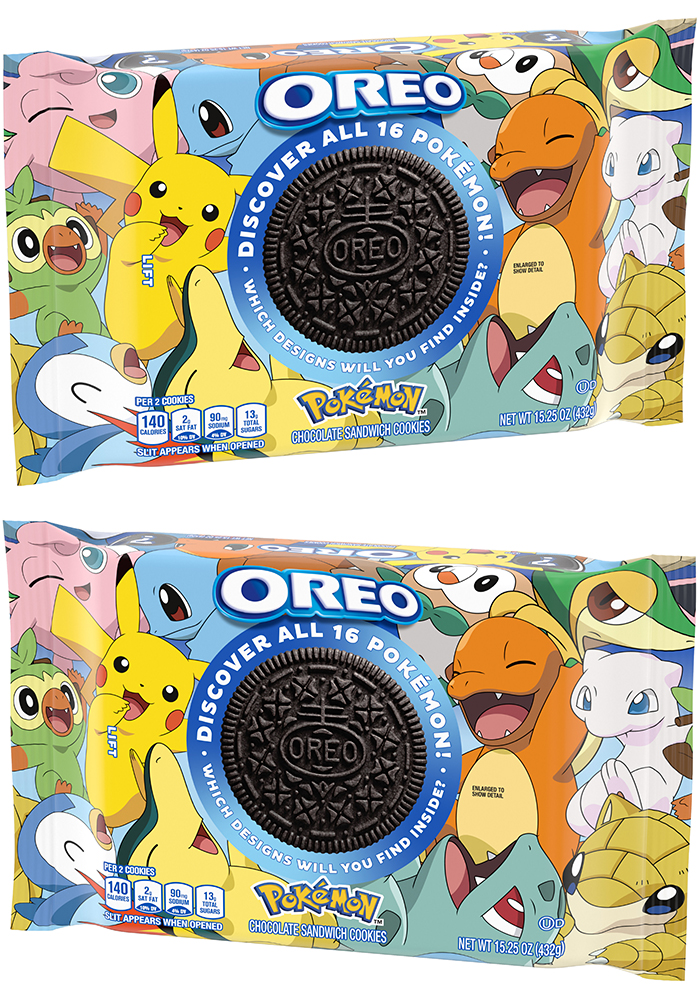 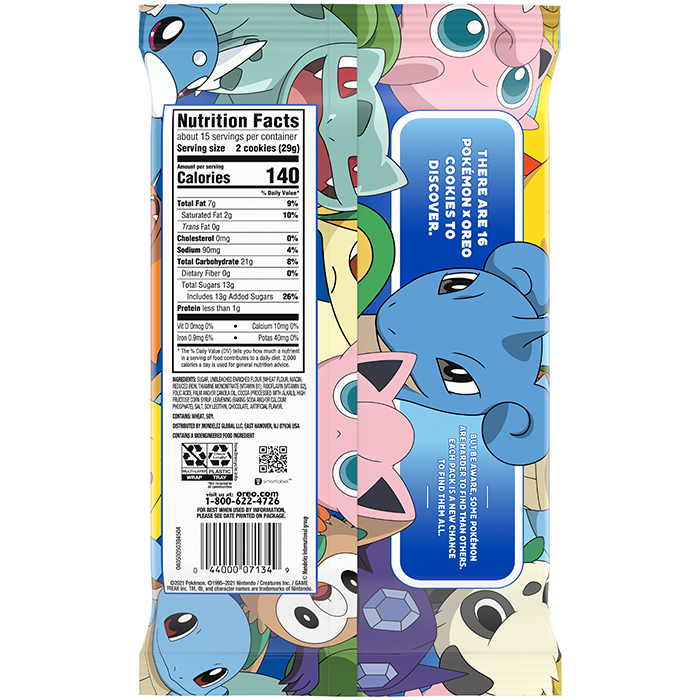 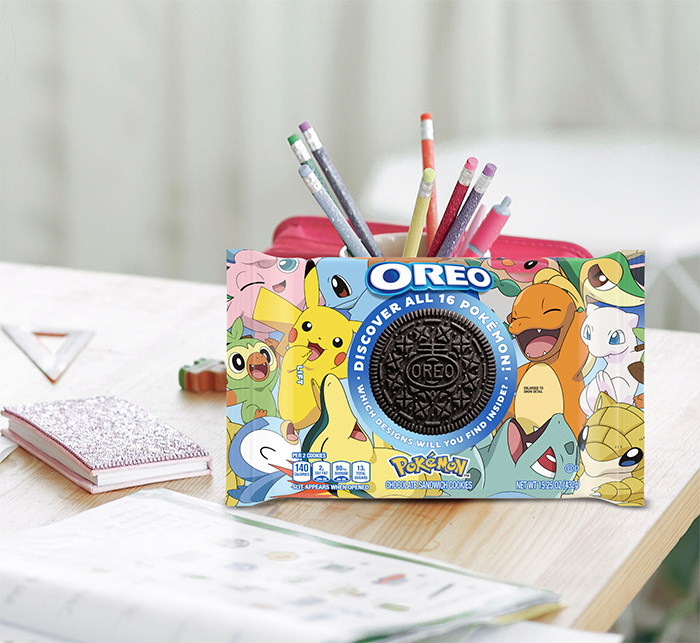 The Pokemon Oreos come in a resealable 15.25-oz pack containing our favorite chocolate cookies with rich crème filling. If you’re a die-hard fan then you already know that the hunt has begun and there’s no stopping you from catching ‘em all. And then perhaps you can dunk ‘em all after you’ve collected all of them.