Playing a game of fetch with your dog has never been this fun with the Nerf Dog Tennis Ball Launcher. It’s a dog’s instinct to fetch because many of them were specifically bred to retrieve certain objects for humans. Trained to chase after things, pick it up in their mouth, and bring it back to you, fetching has become a skill that has been passed on to their puppies. Even now, dogs regardless of the breed, obviously love to play fetch due to this built-in disposition.

Furthermore, playing fetch with your dog is a good exercise for both you and your pet. As we are all aware, domestication has deprived them of hunting down and retrieving objects. Consequently, this deprivation of their natural instinct could take a toll on their well-being. This is why it’s important to allot some time to walk your dog and play with them. However, not everyone has the sufficient energy to spare in playing the game of fetch with their energetic dog. It is for this reason that the Tennis Ball Launcher was designed and created. 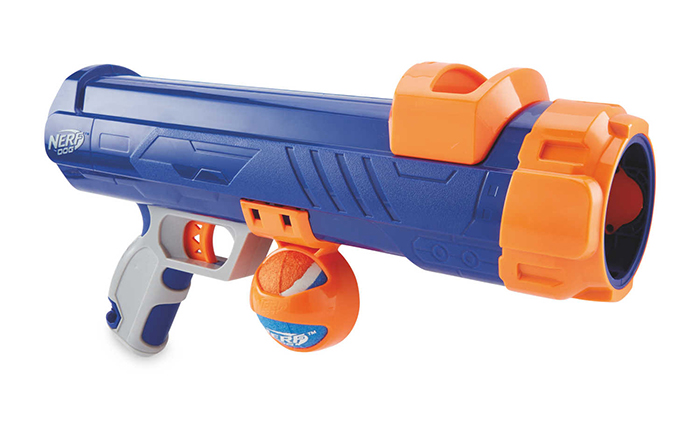 To use, simply load the ball into the launcher and pull the trigger to blast the ball up in the air. It propels the ball up to 50 feet which is just enough distance for your dog to chase after it. More importantly, you won’t be using your arm to throw the ball which makes everything a lot easier. And when your dog brings back the ball to you, you can take advantage of its hands-free pick up. You can use this Nerf blaster to blast the ball and pick it up from the ground as well. 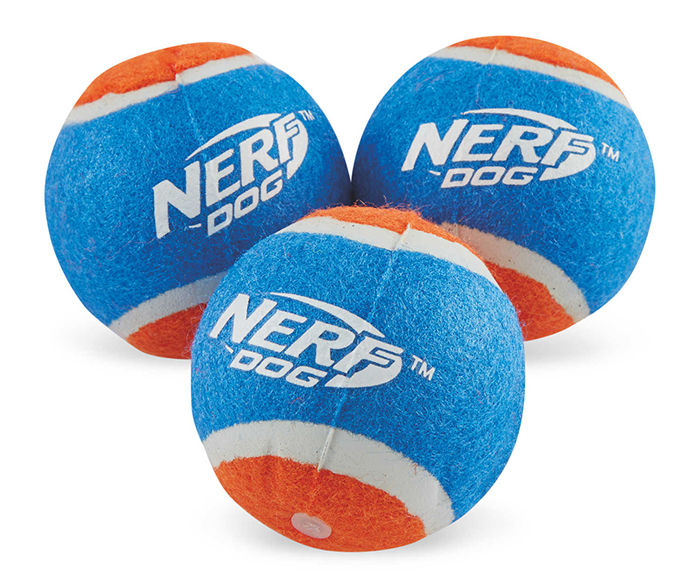 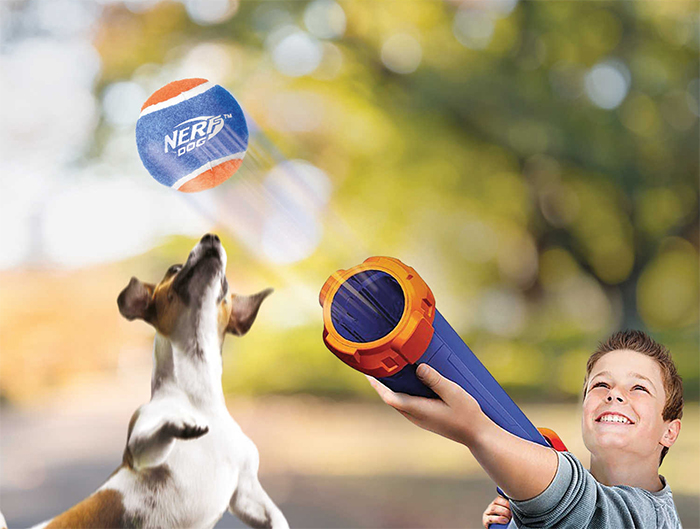 Watch the video below to see how the Nerf Dog Tennis Ball Launcher works:

Moreover, this Nerf blaster features adjustable power. So, you can choose a low setting for puppies and senior dogs and the full setting for young, larger dogs. It also comes with three tennis balls along with a built-in ball holder to keep one extra ball. One happy customer wrote:

“I bought this for a friend with joint problems who had difficulty throwing a ball. It is not only painless but as she has a big garden, she can shoot it from the back door when the weather is bad and not be in danger if falls.”

“Great value, hours of endless fun for my doodle!” 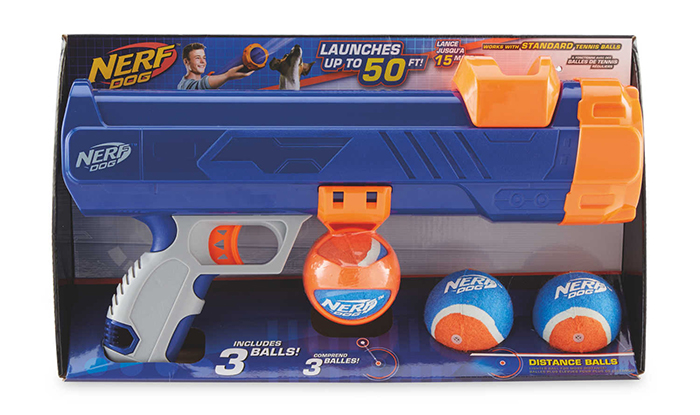 Get the Tennis Ball Launcher here to give your furry canine an exciting game of fetch that both of you will enjoy. Watch as your dog vigorously play fetch for hours while you save your shoulders and arms from throwing the ball.