What could possibly be better than chicken nuggets? Well, if you’re a cheese lover like us, then you’re probably thinking the same thing. Yup, chicken nuggets stuffed with cheese. Because why not, right? Besides, why have a separate dipping sauce when you can have it inside your nuggets? Apparently, Burger King is looking into making our cheesy dreams come true with their new Loaded Cheddar Nuggets.

Yes, you’ve absolutely read that right! It’s basically everything we could ever wish for—chicken nuggets oozing with melted cheddar cheese from the inside. YouTube food reviewer The Endorsement spotted them at a Burger King store in his area. A crew member told him that the fast-food chain dropped the new cheesy chicken nuggets on February 17th.

Appearance-wise, they also look golden crispy on the outside just like regular BK chicken nuggets. According to The Endorsement’s review, there’s undeniably a cheesy smell to them, which is a big plus. The cheesy flavor, however, is just light and subtle. And that’s probably because there’s not enough cheese in it. As he noted, “You really gotta dig to find the pockets of cheddar cheese.” 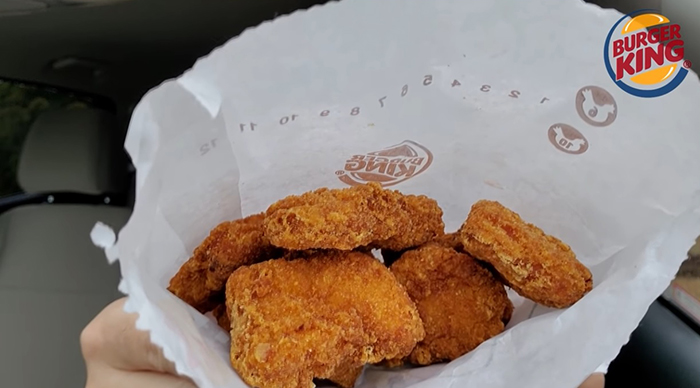 Based on the menu board featured in the video, a 10-piece bag retails for $2.49. Apparently, it costs a dollar more than the regular variant. Also, The Endorsement expressed his hopes that the nuggets would come in different packaging for better distinction. 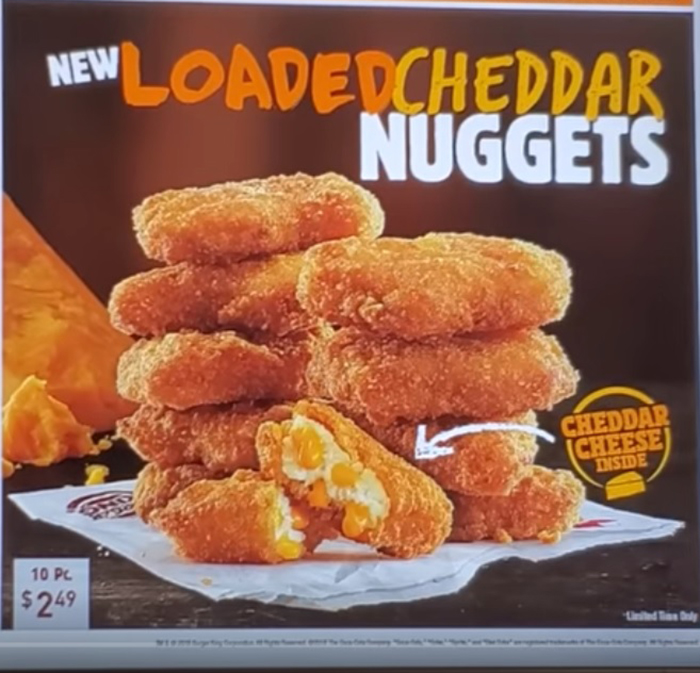 Meanwhile, Burger King has yet to release an official statement regarding this new offering. Nonetheless, our hunch tells us that it’s another test product to gather some consumer insights. After all, this is not the first time that a fast food joint has released a test product in select branches. In fact, McDonald’s Oreo Shamrock McFlurry, then known as Oreo Mint McFlurry, was a result of successful product testing.

This only means that in order for these cheese-stuffed nuggets to reach more stores, they have to garner some positive customer feedback. The ball is in our hands, cheese and chicken lovers! It’s time to get it rolling!