We’re nearly halfway through February, so it only means that it’s time to look forward to March! So, get ready to get all giddy for the green treats coming our way in line with St. Patricks’ Day. Topping our list is our favorite fast-food chain McDonald’s, with not just one but two Shamrock specials. Of course, there’s the seasonal Shamrock Shake making its comeback. Then there’s the new Oreo Shamrock McFlurry that we’ve totally got our eyes on!

This year marks the 50th anniversary of the Shamrock Shake. And the fact that it’s going to be available nationwide—for the first time since 2017—makes it even more exciting. The shake is a combination of our all-time favorite vanilla soft-serve and Shamrock flavor, topped with whipped cream. It may be a simple drink, but it’s enough to send us into a minty frenzy. 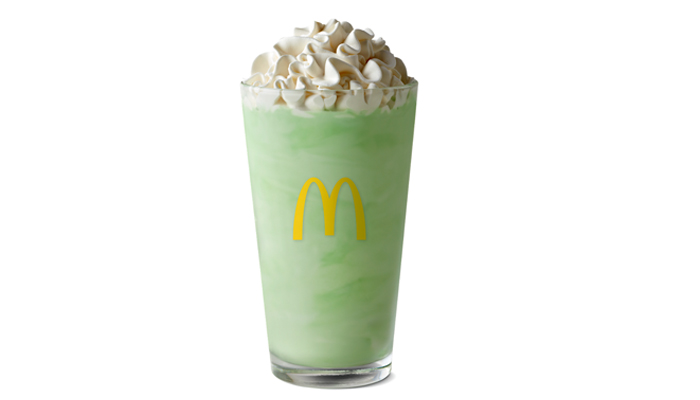 But if you’re still looking for a more mind-blowing treat, then there’s the Oreo Shamrock McFlurry for you. As you might have guessed, it’s a blend of vanilla soft-serve, Oreo cookie bits, and Shamrock flavor. Knowing the crazy hype around minty-chocolatey treats, this one’s definitely going to be a hit. 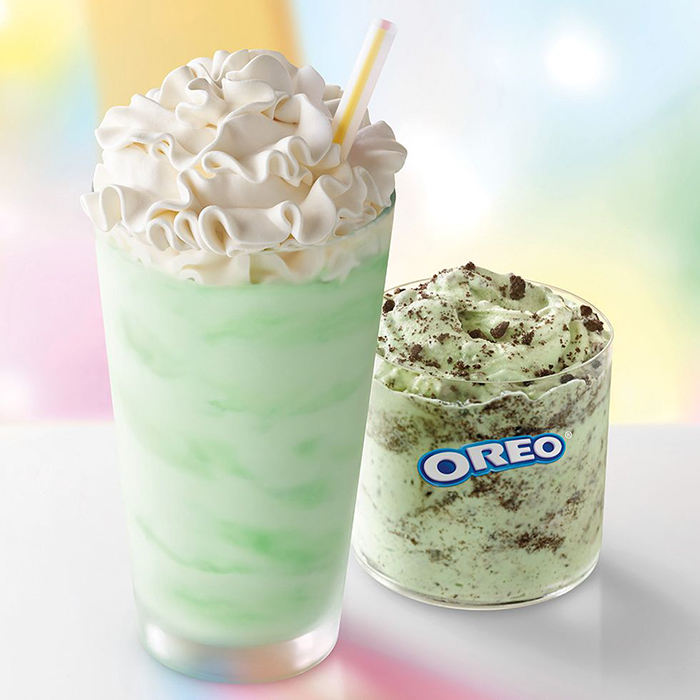 #ShamrockShakeSZN is coming back for its 50th anniversary. Celebrate with the iconic shake or the brand new OREO® Shamrock McFlurry®, available 2/19! ???

Now, this new McFlurry mix might sound a bit familiar. Well, that’s because McDonald’s has already rolled out an Oreo Mint McFlurry in select stores last year. It turns out that this concoction was a test product in Southern California and Dallas to gather some consumer insight. Apparently, it garnered some positive feedback, so the fast-food chain is finally making it available to more people now.

In a press release, McDonald’s Vice President of Menu Innovation, Linda VanGosen, expressed the brand’s excitement over the new flavor.

“We’ve been serving the iconic, cult-favorite Shamrock Shake for 50 years and it’s become synonymous with McDonald’s ever since. We’re excited to serve up a new way to experience the one-of-a-kind Shamrock flavor in our new Oreo Shamrock McFlurry.”

Both limited-edition frozen treats will be available starting February 19. So, it’s safe to assume that we have over a month to revel in this minty goodness. Aside from these much-awaited treats, McDonald’s is hinting on more surprises to come.

“The anniversary fun doesn’t stop here. Shamrock lovers are in luck, as we’re revealing even more ways to get in on the golden celebration of the Shamrock Shake throughout the season. Stay tuned for more!”

Bring on all the minty madness!