The chicken sandwich war continues! And the latest contender? A new and improved chicken sandwich from none other than KFC. Apparently, the fast-food chain has been quite low-key in the previous year. Of course, this gave other chicken chains like Popeyes, Chick-fil-A and McDonald’s the opportunity to take over the limelight. But things are about to change now, as Colonel Sander’s crew are officially back in the game.

In a press release, the fast-food chain revealed that it’s currently testing a “more premium” chicken sandwich. This upgraded version boasts a double-breaded, extra-crispy filet that’s 20% larger than its existing Crispy Colonel Sandwich fillet. It comes complete with thicker crinkle-cut pickles and Colonel’s real mayo, which you can now get in classic or spicy. All these sit nicely between a freshly toasted buttery brioche bun. 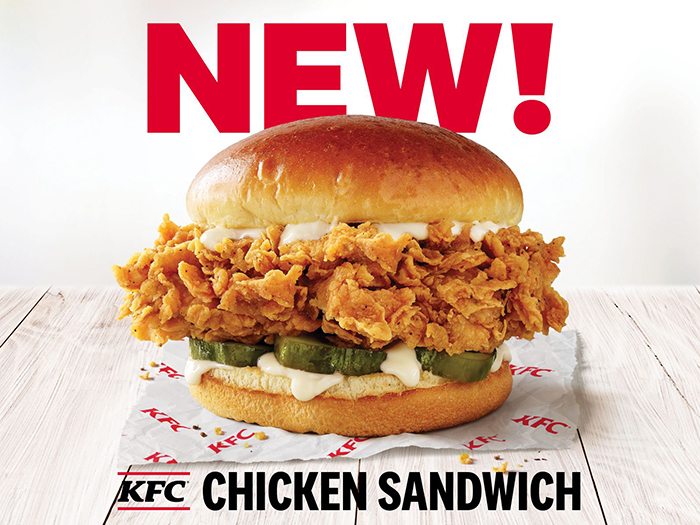 The brand’s US chief marketing officer Andrea Zahumensky also acknowledged the fact that, as chicken experts, they needed to step up.

“We wanted a chicken sandwich that really lives up to our legacy as the fried chicken experts and, let’s face it, ours wasn’t the one to beat. We knew an upgrade was necessary, so we painstakingly selected each ingredient to create a bigger, better, and more premium sandwich than ever.”

The new chicken sandwich is now available at select stores in Orlando until June 21st. You can order it à la carte for only $3.99 or as part of a combo meal for $6.99. To be honest, we’re quite sad that it’s a limited offering—hopefully only for now. Because judging by the bold statement of Zahumensky, it does seem like this new chicken sandwich is the bomb!

KFC has a NEW! Premium Chicken Sandwich they are testing out in Orlando…. but is it better than Popeyes? ??? #tastetest #foodreview #linkinbio

Well, we can only hope that this upgraded version reaches more locations soon. In the meantime, we’ll happily settle for this massive crate of popcorn nuggets to lift our spirits.