Like so many others out there, Rebekah Miles has struggled with depression for as long as she can remember. Not only is depression difficult to deal with in and of itself (and the same goes for other mental health issues), it’s even harder because of the stigma around it and the fact that most people never talk about topics like this. In fact, the majority of folks with mental health issues put on a brave face to show off to the outside world, when on the inside they’re really struggling. That’s why 21-year-old Miles decided to get this clever tattoo.

When people look at it from the right way up, it appears to say ‘I’m Fine’ but when you view it from the top down, the same way Miles sees it when she looks down at it, it reads ‘Save Me’. This is a commentary on how things can be very different from the way they appear at first glance. Miles says…

“Mental illness is serious, but so shamed in our society, and that is seriously messed up. Mental illness is not a choice and will likely hit everyone at some point in their life. If it’s such a huge issue, why aren’t we having a conversation about it?” 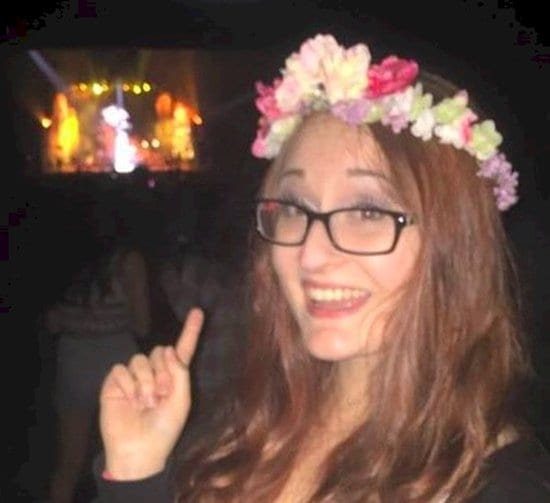 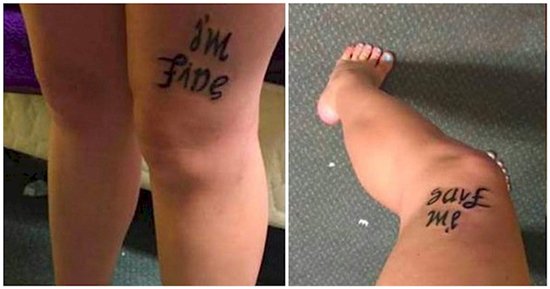 The good news? Miles has succeeded in getting more people to think about mental health issues! Her post has been shared well over 300,000 times on Facebook, including by some notable celebrities! 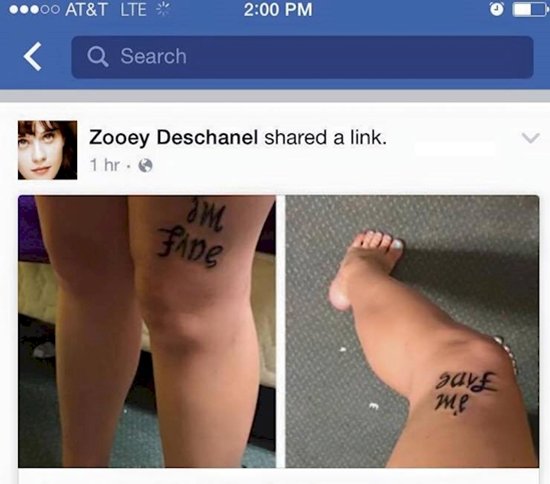 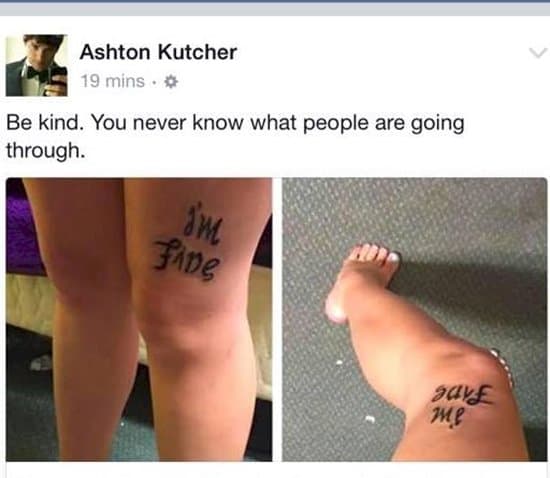 We think Miles is super brave for speaking out about her struggle with depression and we wish her all the best for the future!