Have you ever lied to get out of something? We’ve all done it, at some point in our lives. Whether you did it simply because you truly needed a break or you just couldn’t be bothered, we understand. We’re only human, after all. However, it seems that laziness isn’t only exclusive to humans. In fact, a horse has outsmarted all of us with his over-the-top way of rejecting his responsibilities. You see, Jingang the horse would rather drop dead than to let anyone ride on his back. His performance is so good that if there were an Oscar for animals, he probably would’ve won as Best Actor!

Horses are fascinating creatures for many reasons. For starters, they’re effortlessly majestic. And thanks to their incredible speed and strength, they’re also able to transport heavy things from one place to another. But more than that, they’re also pretty affectionate, which allows them to form strong bonds with their humans as well. They’re typically obedient and let us ride on their backs without a huff, so when we saw these dramatic antics, we couldn’t help but laugh. 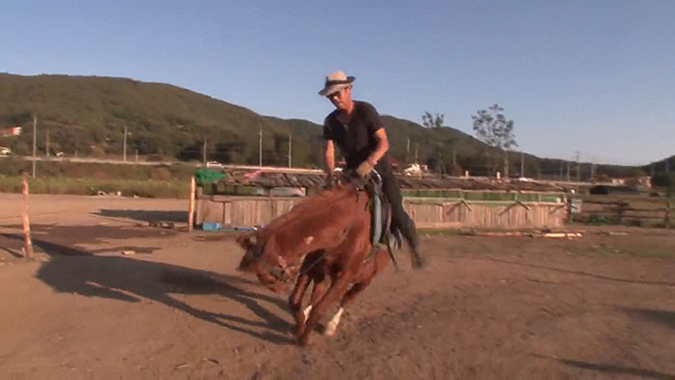 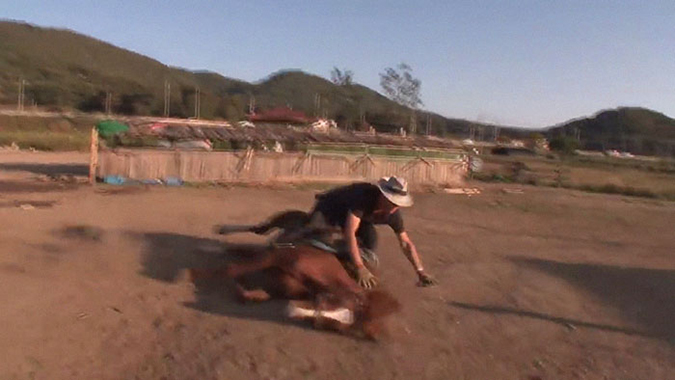 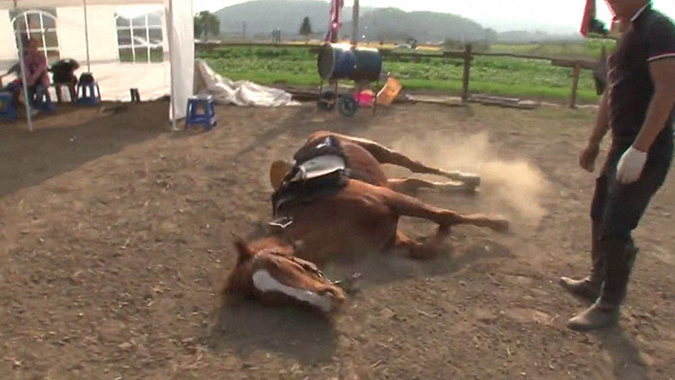 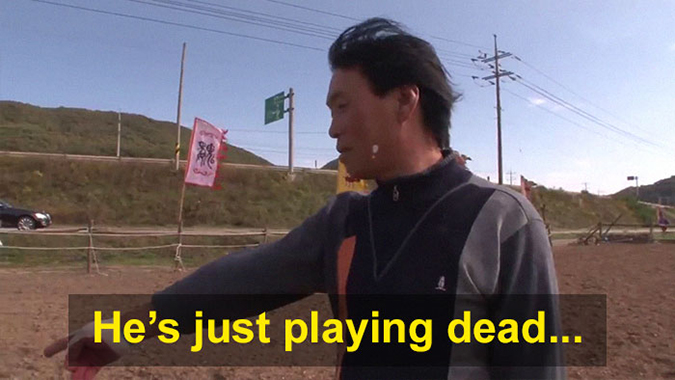 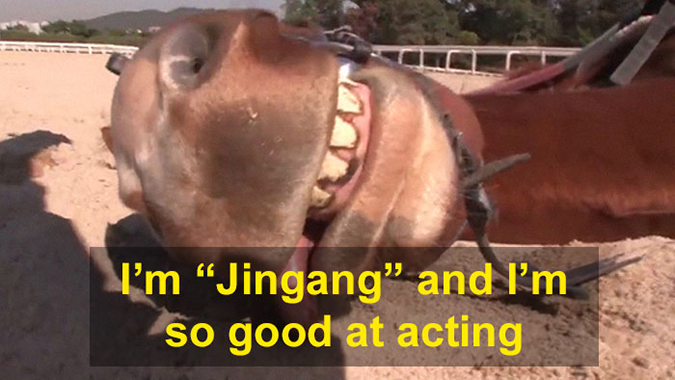 Jingang dramatically drops dead when people try to mount him

His hilarious antics went viral when a Kritter Klub, a group dedicated to all sorts of animal videos, featured him back in September 2019. Since then, the video has been watched over 3 million times and shared a hundred thousand times by various people to different social media outlets. These numbers only prove how much people can relate to his attitude.

From the clip, we can see that Jingang’s owner has decided to just go along with his prankster pet. In fact, he seems to have developed a fondness for his lazy horse’s antics. He is supposed to be a horse who takes people for rides around the Korean countryside. However, he clearly disagrees with this. Because of this, his defeated owner/ trainer described him as a “cute but naughty” horse. (Might we add that he’s a natural born actor?) 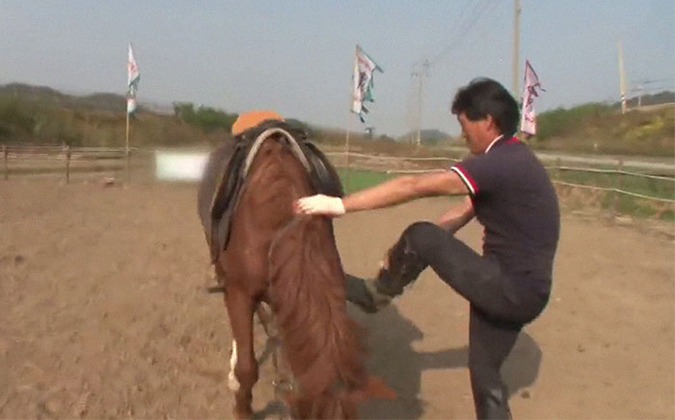 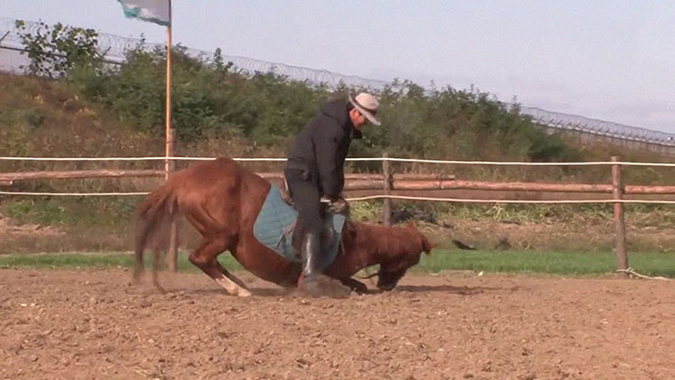 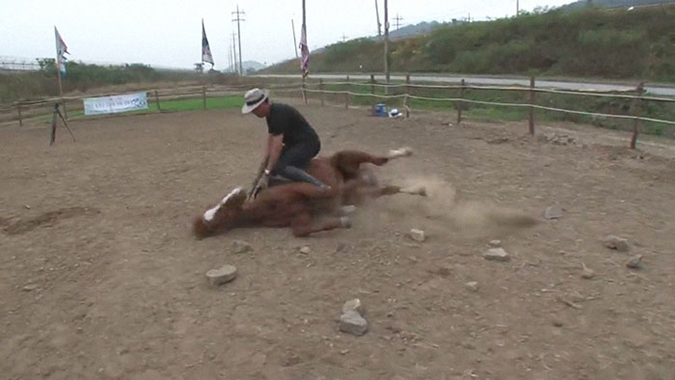 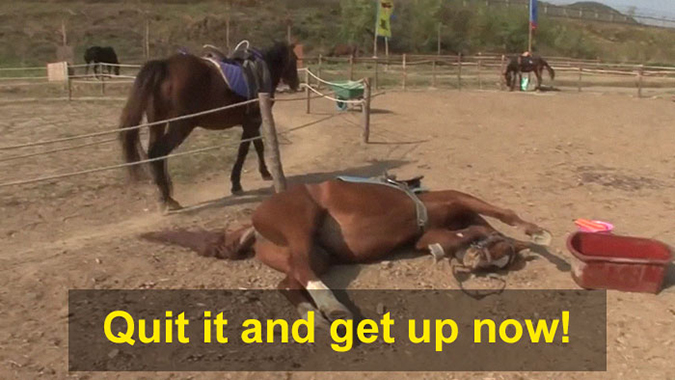 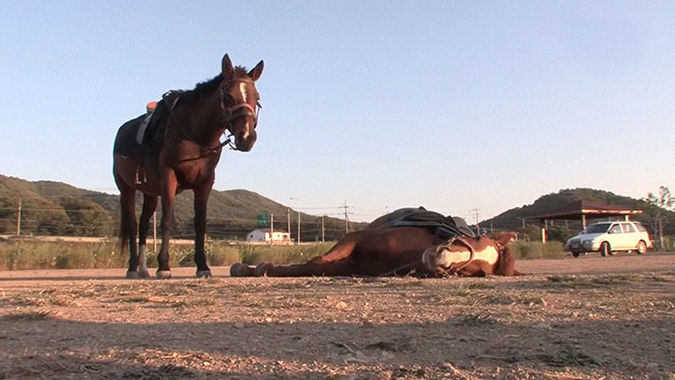 At the beginning of Kritter Klub’s feature, we can see the horse swaying, as though he hasn’t been fed or given water for days, before collapsing entirely. His hapless rider simply hops off while laughing because he knows something that unwitting viewers don’t. His horse didn’t collapse because of abuse or neglect – he just didn’t like having a person on his back! In fact, his trainer doesn’t even need to mount him for the clever antics to kick in: the horse starts acting up as soon as he realizes that someone’s planning to get on him.

This talented horse’s acting is so good that he even seems to fool his fellow horses! (Or maybe they know he’s just acting and they’re scolding him for being lazy.) Laziness may be frowned upon, but his acting’s really something. Sometimes he acts like he’s dying out of exhaustion. Other times he throws a fit before his legs ‘lose all their strength’ and he falls down, in the most theatrical way possible. He even makes sure to make his limbs twitch and loosen his tongue to make his performance all the more convincing! 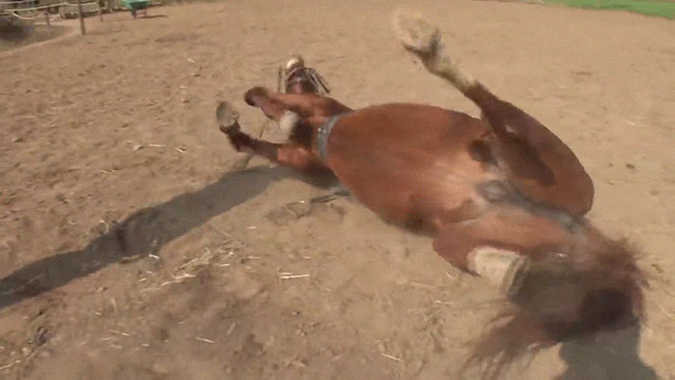 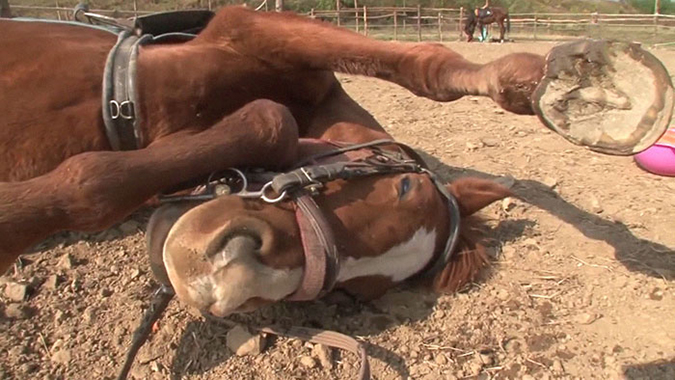 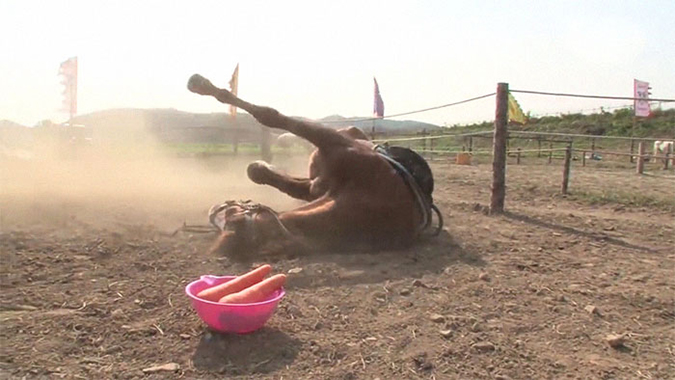 He gets up once he assesses that the coast is clear

Once this thespian is on the ground, he stays down until he’s left alone. But when he sees his trainer approaching, he collapses again and throws a more violent fit to make him seem like he’s just experiencing the throes of pain before his demise. This show, of course, just amuses his person. Clearly, he was born to act and not be a workhorse. Maybe someday, a movie executive will see his clever antics and give him a role. He’s already got the dying trick perfected, after all. 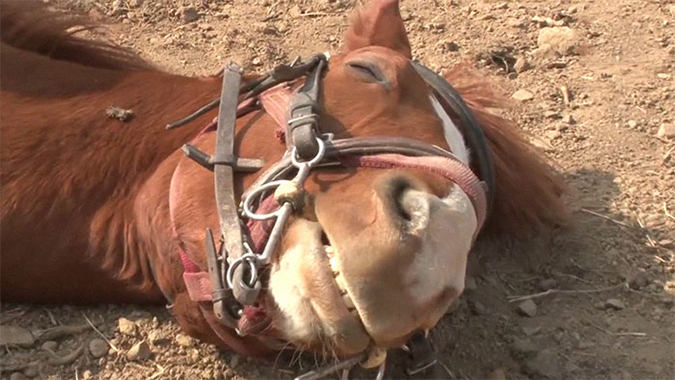 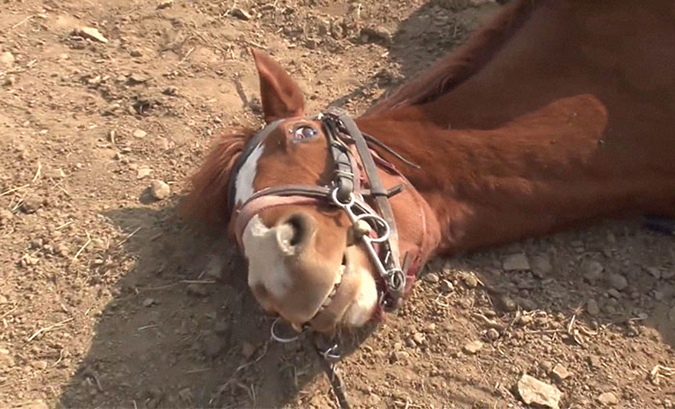 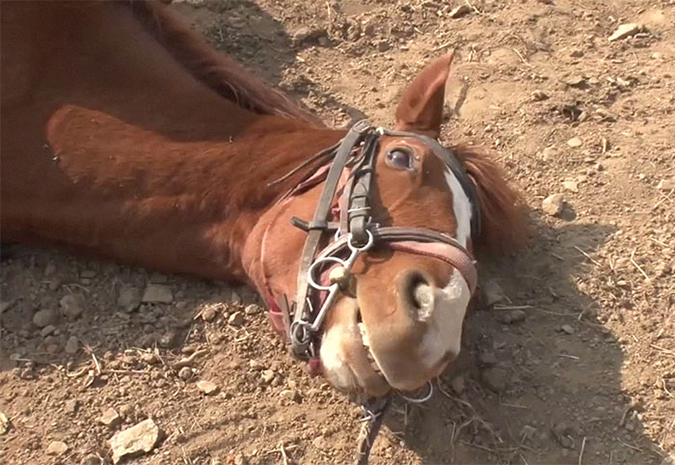 He’s got people buzzing about him