Mariah Carey, Christina Aguilera, Chris Brown and DJ Khaled—they’re indeed some of the biggest names in the music industry. But aside from their love for music, they have one more thing in common: their massive shoe collections. Well, apparently, a fox from Berlin shares the same passion with these pop stars when it comes to collecting footwear.

Tagesspiegel, a German daily newspaper, recently reported that there’s a shoe thief on the loose in Zehlendorf, Berlin. Residents had been complaining about their footwear being stolen from their yards for quite some time now. Luckily, a resident named Christian Meyer was finally able to shed some light on these baffling missing shoe cases.

Felix Hackenbruch, the editor of Tagesspiegel, took to Twitter to expose the culprit, thanks to the evidence submitted by the concerned resident

“Fox, you have stolen that shoe. In #Zehlendorf, more than 100 shoes were stolen by a fox. The whole story tomorrow @TspCheckpoint” read the post

Meyer successfully caught the culprit red-handed in broad daylight, carrying the latest addition to his haul—a pair of blue flip flops. However, much to his surprise, the culprit didn’t seem like an average neighborhood burglar. Rather, it was a sneaky and furry little creature! As it turns out, the mysterious shoe thief was a fox all along! 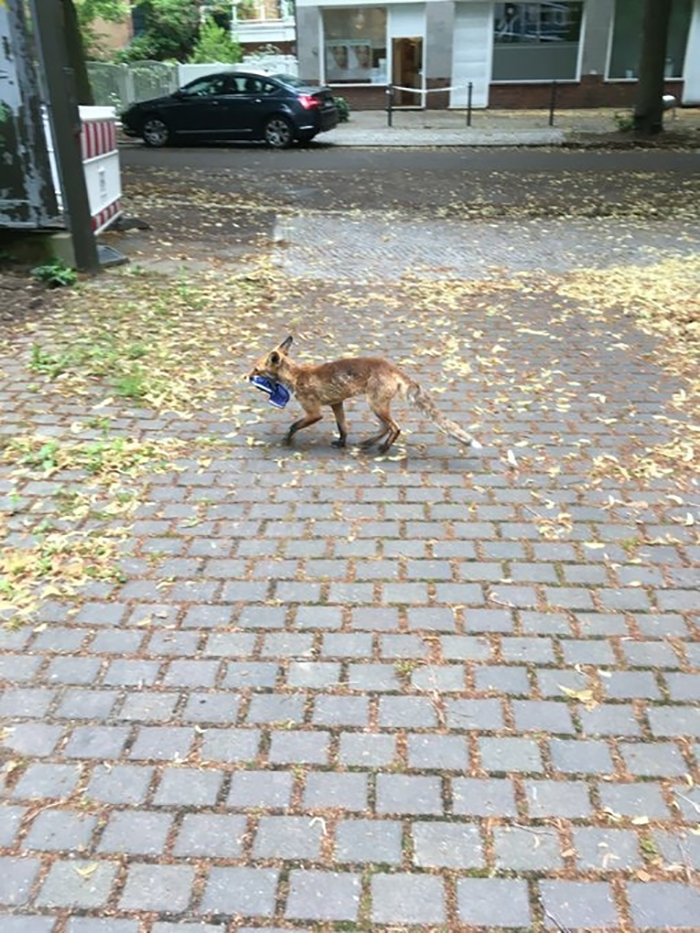 Apparently, the sneaky fox from Berlin has an inexplicable interest in flips flops and slide sandals 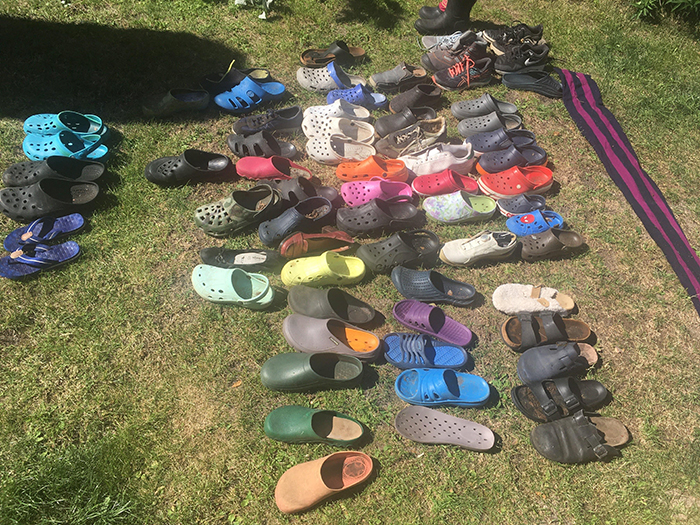 The tweet instantly went viral, with more residents sharing their similar experiences. One user wrote, “He’s been up to mischief for at least 1 month…” The user also included a photo of a flyer asking help from fellow neighbors.

“Who has seen the left sneaker? The day before yesterday, a fox had stolen my left sneaker at night! A few other sneakers were lying on the streets, but my left sneaker is still missing. Please contact me on my cellphone number if you find the shoe. Thank you!”

Meanwhile, another user suggested that there might be another shoe thief lurking in their area

“Taken in mid-May. Also in Zehlendorf, but it looks like another fox. Couldn’t find the Adilette in your photo either.”

Zehlendorf’s shoe thief story was simply baffling and amusing that even international media outlets have picked it up. And as it turns out, people from other parts of the world have experienced the same thing too!

Fox in Germany discovered with hoard of 100 shoes https://t.co/E22pkbbVK5 pic.twitter.com/enaTTCI0IQ

We also have a shoe fox in our neighbourhood. She (for it must be a she, right?) once held my gaze for 10 seconds whilst chewing on a stolen flip-flop, with an unmistakeable brazen expression: What You Gonna Do About It???

They do like shoes. Not so long ago we found two odd shoes – one in our garden and one at the front of our house and one of the neighbours said it was foxes and they’ve done it before.

Ture story. My shoe on my garage roof discarded by the local fox ! pic.twitter.com/liCNkBoqI6

Obviously part of the fashion police trying to rid Berlin of their ugly footwear problem!! ?

It has no fashion sense… they were all Crocs!

Honestly, with all the craziness going on around the world right now, this is just the story we all need! So cute! ??

Without even reading the article, already I love this creature

Meanwhile, other users also expressed their concerns towards the fox’s well-being

I’m guessing this is a female fox that lost a litter of pups? We had a little rescue terrier that used to collect eyeglass cases because she had been separated from or lost her puppies-she’d hoard them. That’s what the vet said animals do to replace the lost space.

He looks thin , hope he gets feed !

Put out some food for him he looks hungry ?