Three years ago, a boy who loves petting dogs that he meets by chance decided to start the blog called I’ve Pet That Dog. And it’s the purest thing you’ll ever find on the Internet. 11-year-old Gideon, with the help of his Mom, runs this heartwarming and wholesome blog.

Just like any other blog, it took some time before I’ve Pet That Dog got noticed. It already had 304 posts piled up before the Internet began recognizing the purely adorable blog. The initial posts were pretty simple. A photo of Gideon petting his newfound friend would be accompanied by the dog’s name and date-of-pet. But lately, Gideon’s decided to add some in-depth descriptions about the dogs he meets.

“I don’t know why, I think me and my mom just wanted to like, have people know the dog a tiny bit and get some information about the dog.”

?I pet Argos. He is 3 years old. He just took a DNA test. Turns out, he’s part Lab, part Basset, part Heeler. His caregiver says every day is an adventure for Argos. He is happy unless he is in the front seat of a car. He’d rather sit in the back and be driven around.?

It’s clear to see why Gideon currently has over 300,000 Twitter followers and 50, 300 Instagram fans. His adorable and charming posts on social media are like a ray of sunshine in this rather bleak world.

I’ve Pet That Dog is more than just a blog that shares adorable photos of dogs.

?I pet Autumn. She is a 2 month old Australian Shepherd puppy. She is cuddly and smart. Her caregiver set up a pen with Autumn’s crate in the center. Autumn used the crate door as a ladder and escaped. Autumn loves to play with her turkey. It gobbles as she runs with it. ?

In fact, part of Gideon’s mission is to help save dogs from living lonely existences. Through his platform, this amazing 11 year-old boy helps dogs be found by pet lovers looking to adopt a new member into their family. Gideon sometimes visits animal shelters to help increase its canine tenants’ chances of being adopted. Recently, he tweeted his followers about a lovely Shih Tzu looking for a forever home.

“I pet Romeo. He is a 7-year-old Shih Tzu at @CedarBendHS who needs a home,” he tweeted. “He was a stray. When he was found, his hair was all matted and dirty. Romeo can sit and comes when you call his name. He likes to play fetch and tug-o-war. He loves to be pet.”

The philosophy of I’ve Pet That Dog is quite simple: Dogs are good and we should pet them.

I pet Yankee. He is a 12 week old Labradoodle puppy. His middle name is Doodle. He was brought home on Sunday. Yankee is learning how to play. His favorite toy so far is a stuffed bear. Yankee’s caregiver has never had a dog before. He says it’s like having a son.

When asked why he started the blog, Gideon said:

Funnily enough, Gideon also shared that when they were starting, his Mom didn’t really expect him to actually do anything with the blog. Gideon said that

“she thought it would only last for like, I don’t know, two days”.

It’s understandable, of course, since he was only 7 years old at the time, and 7-year-old kids normally don’t blog. But not Gideon! This is very clearly his calling!

I pet Wrigley. He is a Border Collie, Springer Spaniel mix who was adopted at 13 wks old. He had been in 4 other homes. Wrigley is smart. He knows the names of more than 15 toys, and can fetch them. He can even tell the difference between his orange ball and his blue ball.

On September this year, Gideon reached a major milestone in his dog-petting career. Gideon met and petted his 1,000th furry friend, named Millie, on September 27, 2019. We want to pet 1,000 dogs too! What a wonderful life!

How exactly does I’ve Pet That Dog! gets its content?

I pet Jewel. She is a 4 month old Golden Retriever. She is a well-behaved puppy. She can do many tricks: sit, stay, lie down, heel, and come. Sometimes Jewel gets string cheese as a reward. Her caregiver likes to keep her busy. His motto is “a tired dog is a good dog.”

Having someone run up to you while you’re just walking your dog is a compliment for most dog owners. And that’s exactly what Gideon does.

“We drive around in a car and then when we see a dog, we park. Then we get out and say, ‘Can I pet your dog?’ Well, that’s what I say. And sometimes they are like, ‘What?'” the dog-loving boy said. “I have to admit, it’s kind of weird for a kid to just come up and say, ‘Can I get your dog on my website?'”

We’ll have to admit that it’s uncanny. But we’re pretty sure everyone that this young blogger approaches is more pleased than weirded out.

?I pet Odin. He is a 5 year old Standard Poodle. He is a good family dog. He has only pooped in new shoes once. Odin has had many adventures with his family. He has watched them get engaged, get married, and have a baby. Odin loves the baby. He lies down with her and protects her.?

The simple and innocent motivation behind Gideon’s blog is so heartwarming. A child’s curiosity is truly a wonderful thing. And we’re so happy that Gideon’s mom let him satisfy his curiosity, because now we have his blog to fawn over!

?I pet Ronan. He is a 6 mo. old Bullmastiff. He is named for Marvel’s Ronan the Accuser. He is a big dog with a big personality. Sleep is important to Ronan. He gives himself a strict bedtime and won’t stay up later. Ronan farts a lot. His caregivers say he is a big gassy boy.?

Moreover, if you want to see a specific dog breed, all you do is to type it in the website-specific search engine and you’ll get all the results pertaining to your query. It’s truly one-of-a-kind!

“I think it’s because… I just love meeting the dogs. Why I love meeting dogs is because, well, they’re— if they looked exactly alike I don’t think I would’ve done this website. But they look different. Their fur is different colors. Some of them are taller, some are smaller, some don’t like playing with toys, some love playing with toys. It’s all because they’re basically different.”

I pet Anna. She is a 14 year old Poodle. Anna was celebrating Pride at the #PrideFestDSM Pet Parade. She is a loving dog who likes to sit in laps and cuddle. She also likes to show off. She gets pretty at the dog salon then goes on walks to show everyone.

?I pet Millie. She is an 11 week old Berger Picard. There are under 1000 Berger Picards in the US. This breed was used in Because of Winn-Dixie. Millie is carefree and happy. Her BFF is a BMD named Hamish. They play on the bed until Millie falls off. Millie is my 1000th Dog!?

I pet Bailey. She is a 2 year old Mini Australian Shepherd. She likes long walks with her family. If she sees deer, she wants to chase them. She knows her caregiver is pregnant, so Bailey stays near her. Except when it’s dark. Bailey is afraid of the dark, and just wants to hide.

?I pet Penny. She is 1 year old and has been in training to be a service dog through @rfiservicedogs for 8 months. I met Penny at a pool party for service dogs. She is cuddly and gives kisses. When she is done with training, she will be assigned to someone who needs her help. ?

I pet Betsy. She is a 10 week old English Bulldog who was just brought home on Monday. Betsy loves to play with her yellow, squeaky duck. Her favorite thing is toys that make noise. Betsy also makes noises. She snorts a lot. Her caregiver says she is a sweet puppy.

I pet Nala. She is a 10 year old Shiba Inu. Her caregiver says she is not a dog. Nala is half cat, half goat. Her cat side doesn’t like to get dirty and avoids mud puddles. Her goat side likes to visit the farm and run in the grass. Both sides like to cuddle with her sock monkey.

Gideon’s career of petting all the good boys (and girls) is something all we other dog lovers aspire to achieve. This awesome young man sure was born to pet all the dogs! Now, since he’s still school, finding and petting dogs is still an after-school thing. Gideon made it a point to pet at least one dog a day, but lately, we’re observing that the number of new friends he meets every day has increased. We hope to see more of this adorable young man and his furry friends. Now excuse me, I’m off to pet my dog. 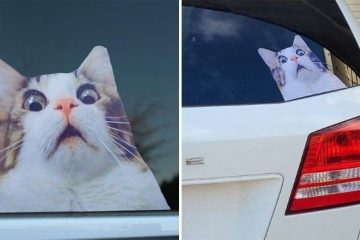 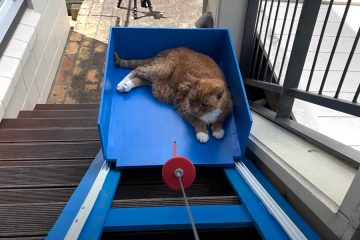