Superheroes who posses superpowers only exist in movies and they don’t exist in real life. Or at least that’s what we believe. The truth is, a real superhero currently resides in Orlando, Florida. Dressed up as Batman, this particular hero doesn’t have any inherent superhuman power. But rather, he possesses an unwavering determination to save shelter animals and stray animals by helping them find their forever homes. Behind the costume and the mask is 27-year-old Chris Van Dorn whose mission is to rescue shelter animals from euthanasia. Then Batman Pet Rescuer transports them to no-kill facilities, foster homes, and families who are willing to adopt pets. 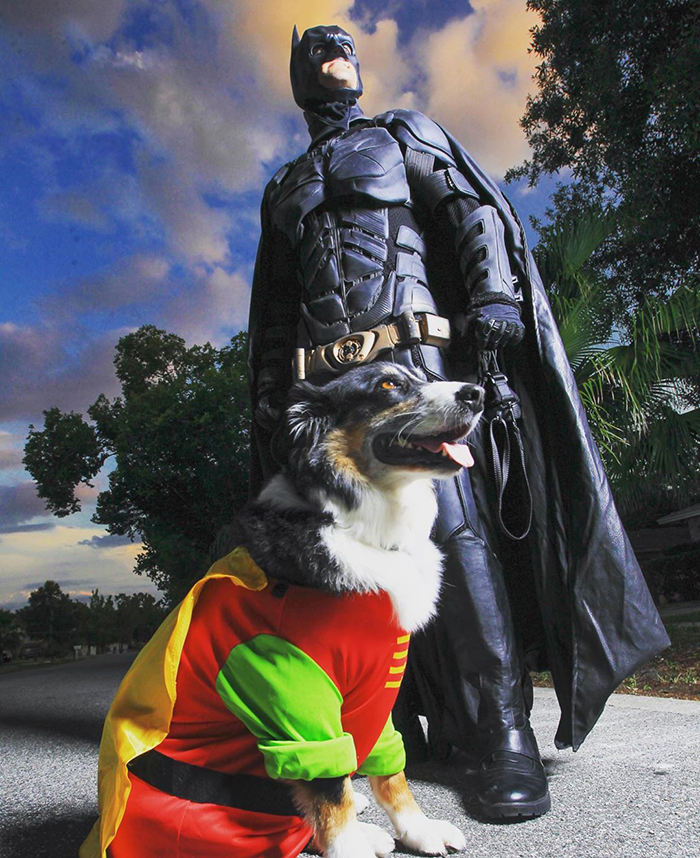 Chris Van Dorn aka Batman Pet Rescuer established Batman4Paws, a non-profit organization aiming to save and transport dogs, cats, and other animals in need. As a huge fan of Batman, he thought of using his favorite hero’s persona to bring awareness to the importance of pet adoption. His initiative to save shelter animals started in 2014 when his dad adopted a rescue dog. It was an Australian Shepherd which was found wandering and starving in the Alabama forest. In order to save the scraggly Aussie, two non-profit animal rescuers Dog Liberator and PilotsnPaws worked together to transport the dog to a foster home. And that’s when Chris’ dad found the dog and brought it home with him.

The heroic deed of the pet rescuers and the pilot who transported the poor dog to safety inspired Chris to embark on the same mission. Coincidentally, it was also during that time when he finally earned his Private Pilots License. So, he decided to use his ability to drive and fly to save and transport shelter animals that are in need of loving homes. 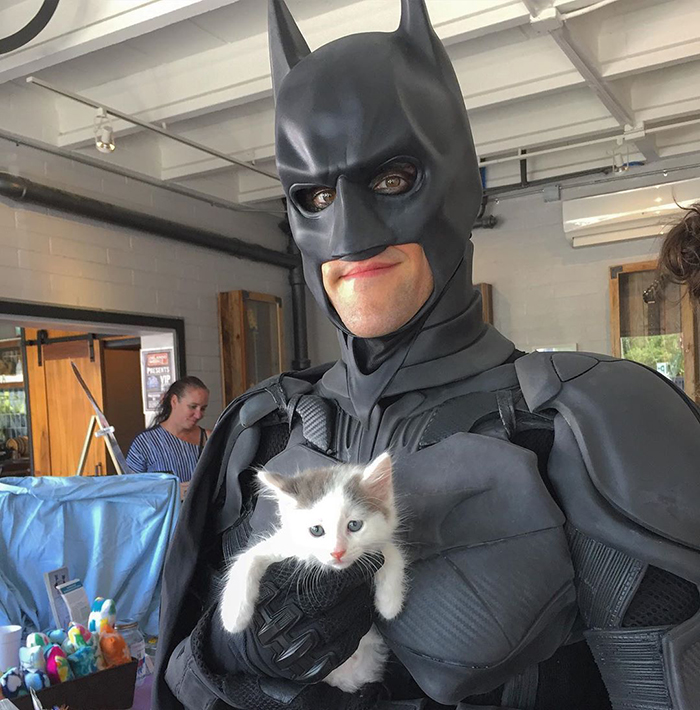 “As a child, I looked up to the values that superheroes such as Batman reflected and thought that would be the perfect vessel to embody the spirit of goodwill. Thus, the crazy idea of Batman4Paws was born. I would help rescue animals in need anyway I can, all while dressed as the Dark Knight himself and becoming a symbol for helping those in need,” Chris aka Batman Pet Rescuer explains. 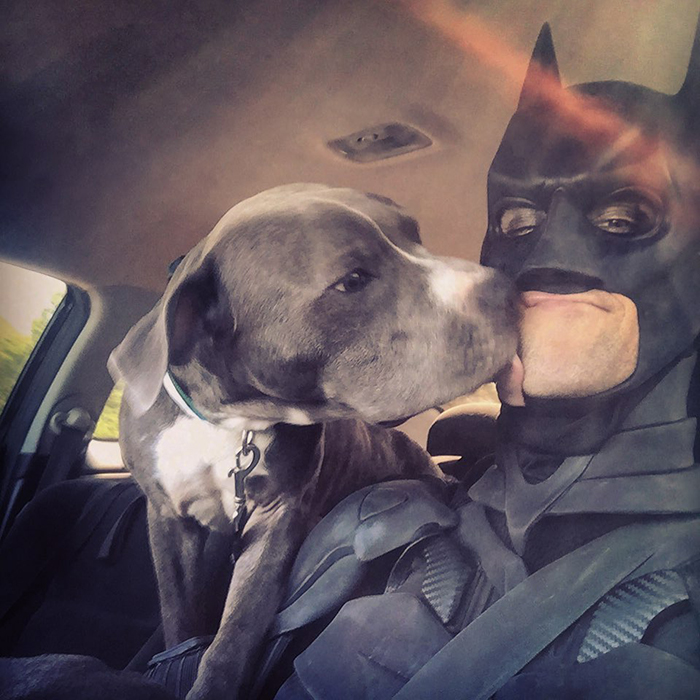 The Batman Pet Rescuer is currently using a Honda Accord to execute his rescue missions. He hopes to have a bigger van in order to transport more animals. And if given the chance, he would also wish to utilize his passion of flying in rescuing animals. Furthermore, he would need funds to cover transportation expenses necessary to carry out his rescue missions. In September 2018, he launched the Batman4Paws project on GoFundMe with a goal of $35,000. And in the following month, Batman4Paws was certified as an Animal Rescue Transporter by the Animal Rescue Professionals Association. 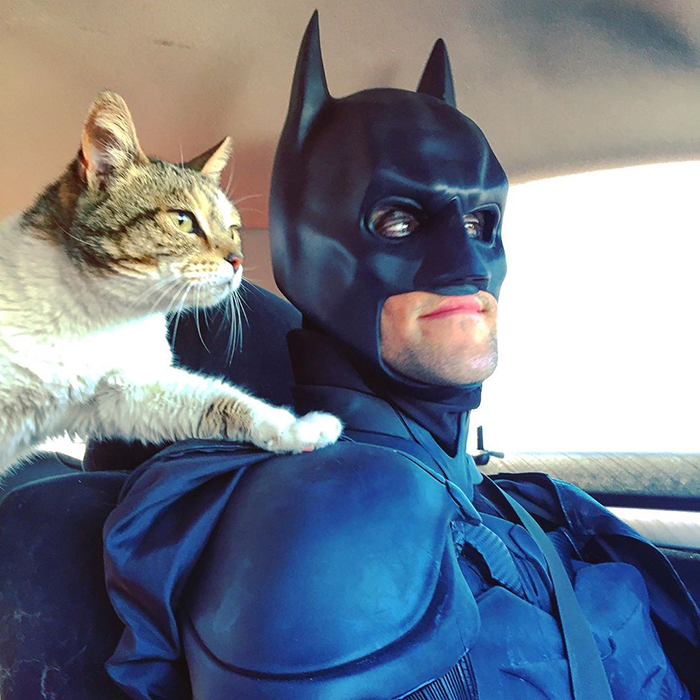 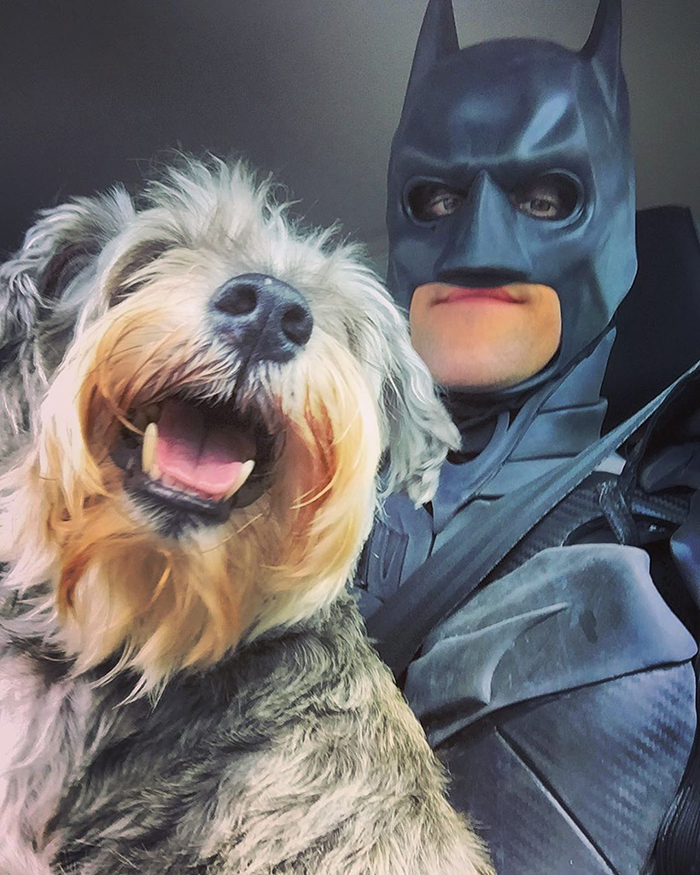 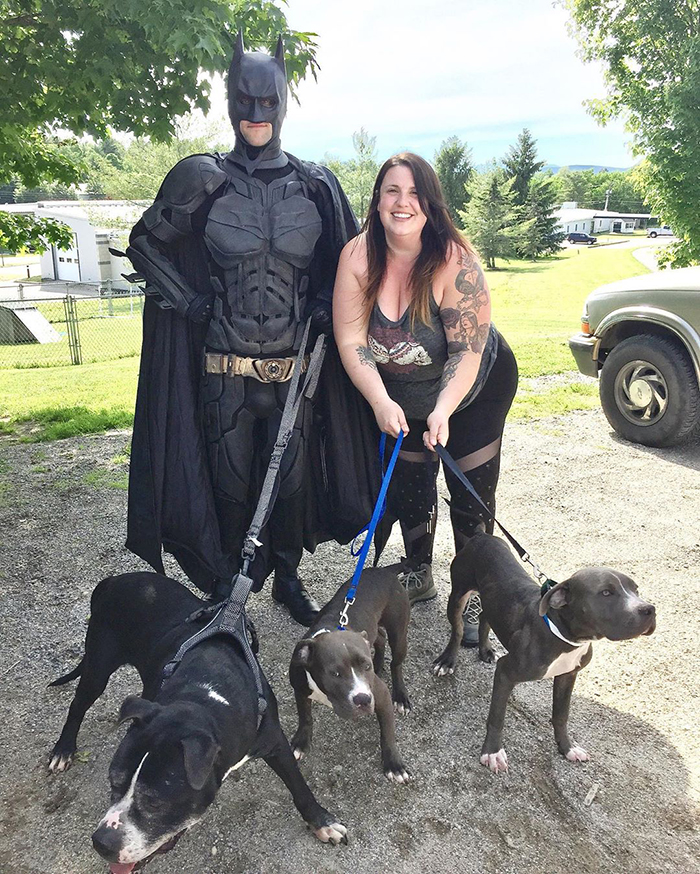 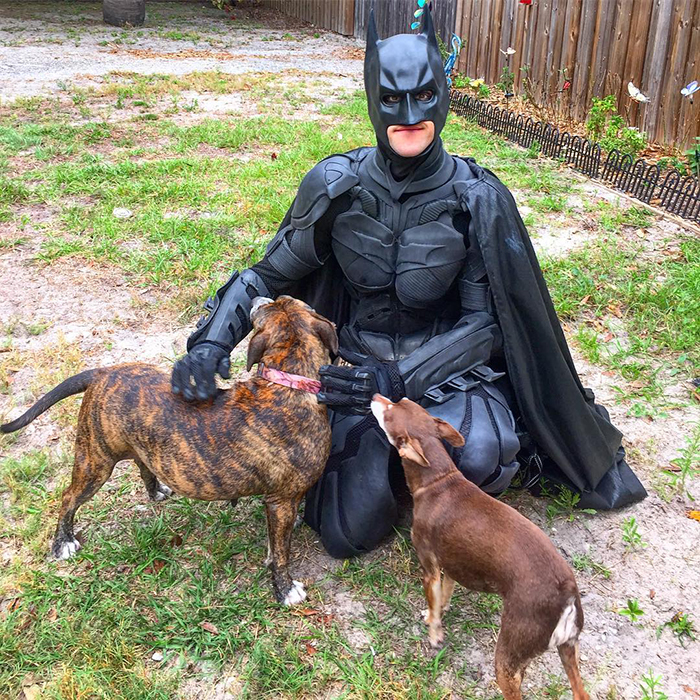 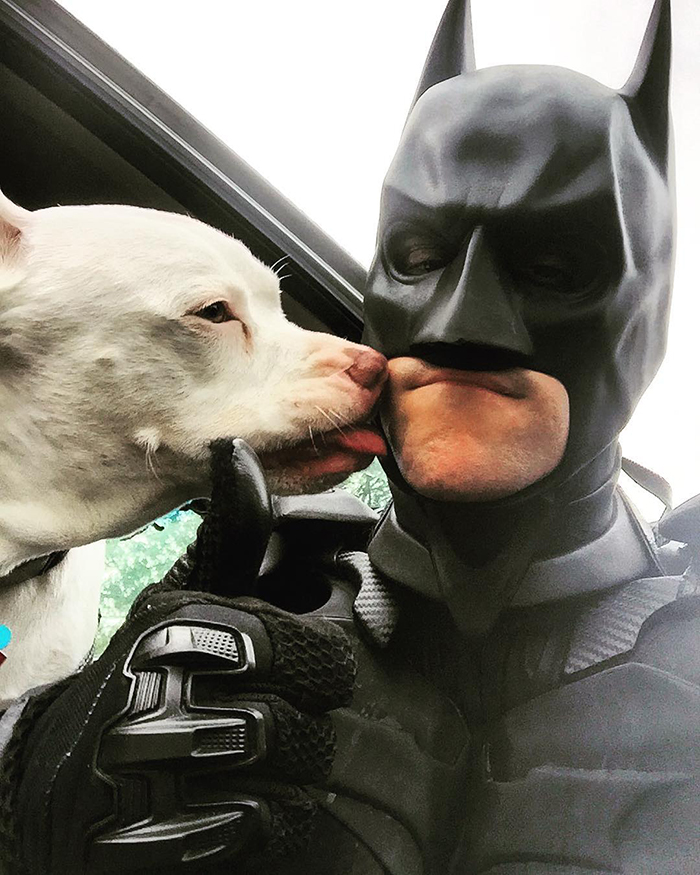 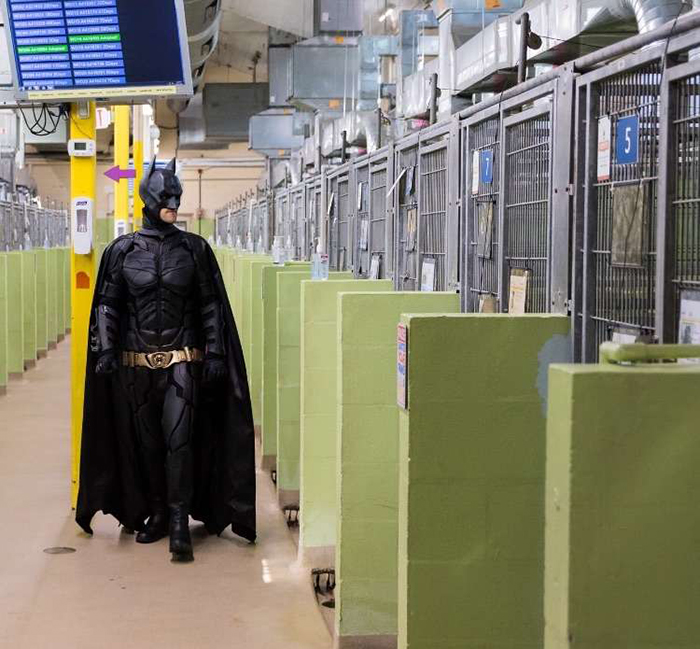 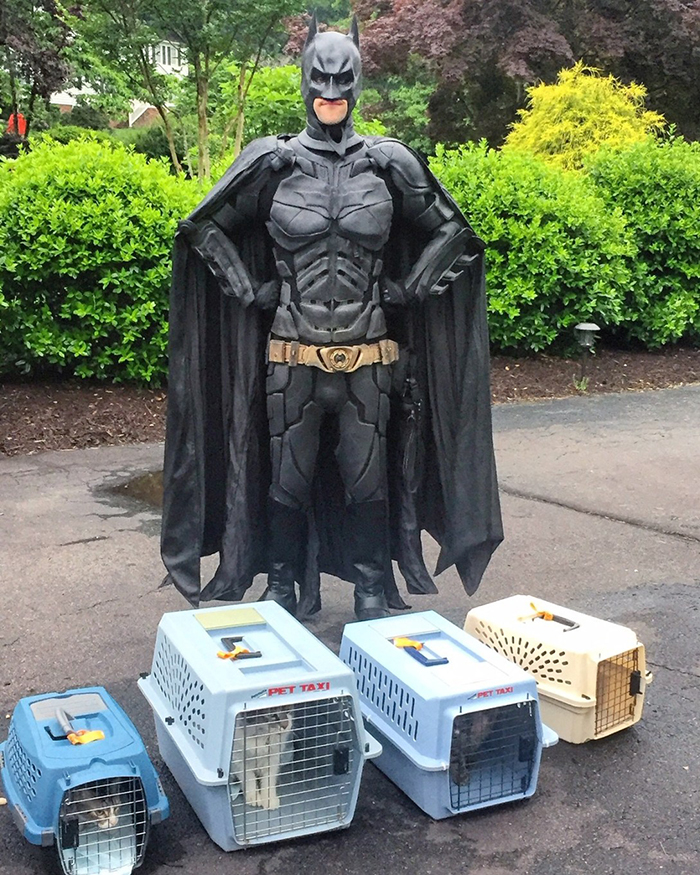 As of this writing, the fundraiser has raised $33,355. You can help the campaign reach its goal by donating thru GoFundMe. Chris currently provides pet rescue services within Florida and the southeast. But he’s aiming to expand his reach once sufficient fund is reached. Whenever you need of his pet rescue service, you can send requests via email, phone call, or social media message. Or you can get in touch with him thru the Contact page on Batman4Paws website. Take note that the transport days for Batman are Mondays, Tuesdays, and Wednesdays only because he works on weekends.

If you’re interested in adopting a pet, you can check out the Adoptables section on his website. In there, you can find rescue animals that are in need of your loving care.