Home » Animals » Heartwarming Photos Of Rescued Dogs Before & After Their Adoption

Heartwarming Photos Of Rescued Dogs Before & After Their Adoption

A little love and care can totally change the life of an abandoned dog, which is why more and more people have adopted rescued dogs in need of a new home. The number of strays has dramatically increased over the years. This is why animal welfare advocates are encouraging people to adopt abandoned dogs. Some people understand the need to save homeless dogs. But before adopting a dog, one must understand the responsibilities that an owner should perform. It’s a challenge for most dog owners but it was a rewarding experience. You can just see from the emotions of these rescued dogs. Here are some heartwarming photos of rescued dogs before and after their adoption.

A loving owner can make such a difference. 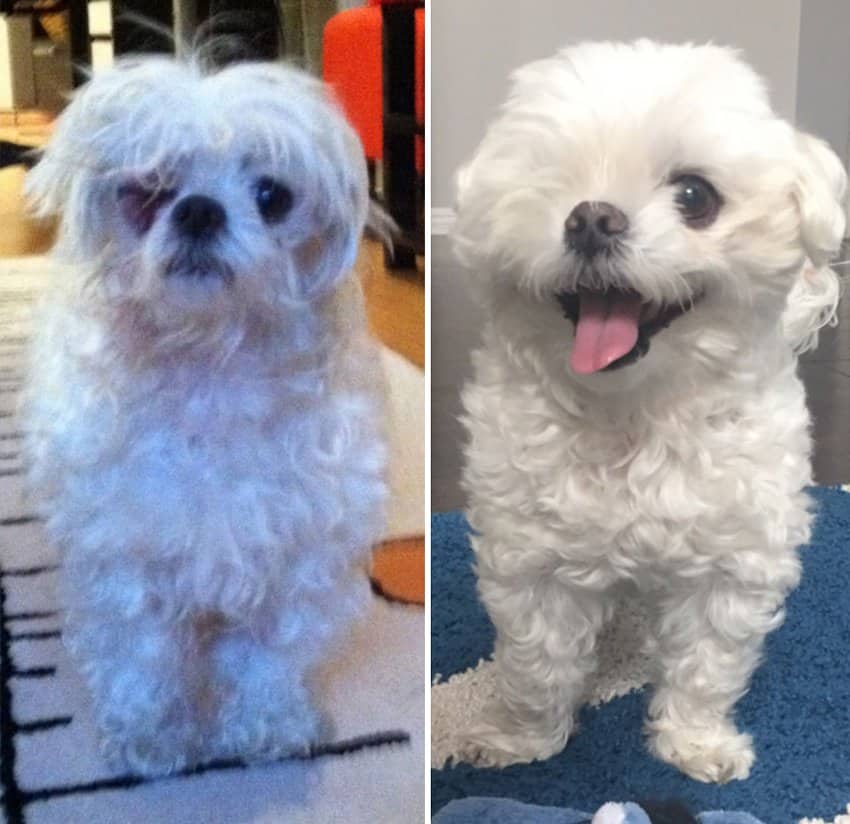 A hopeless dog was given hope for a new happy home and he can’t help but jump for joy. 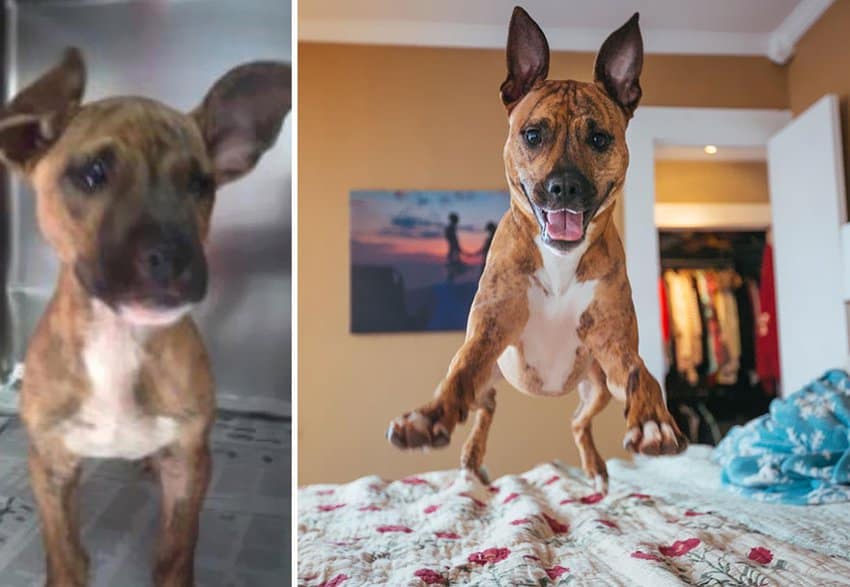 This dog’s plea to be freed has come true. 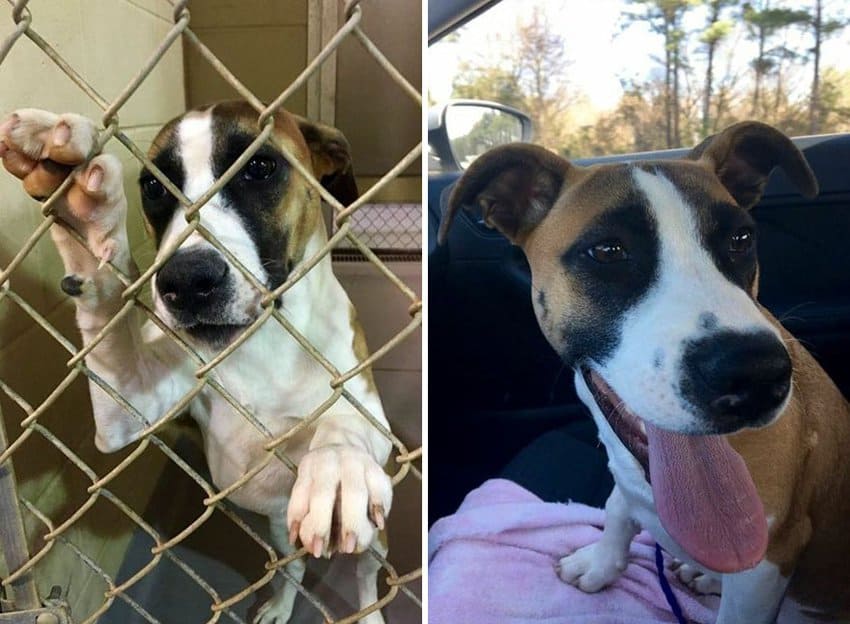 From being weak to becoming majestic. 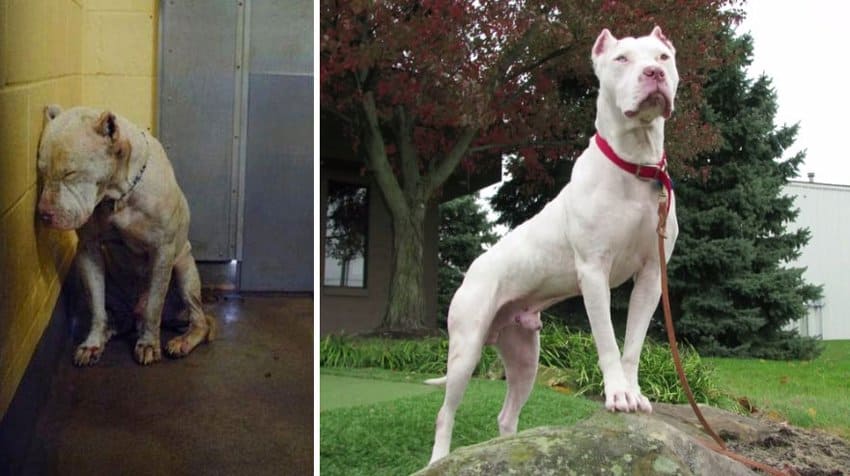 This poor puppy was found in the jungle of Mexico and was adopted by a Canadian tourist. He is now living happily in Canada. 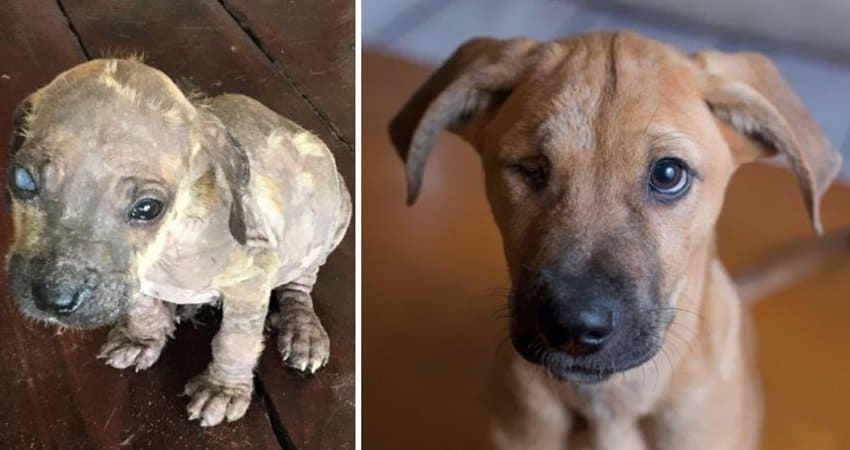 This is what some loving care can do to rescued dogs.

One week after adoption. 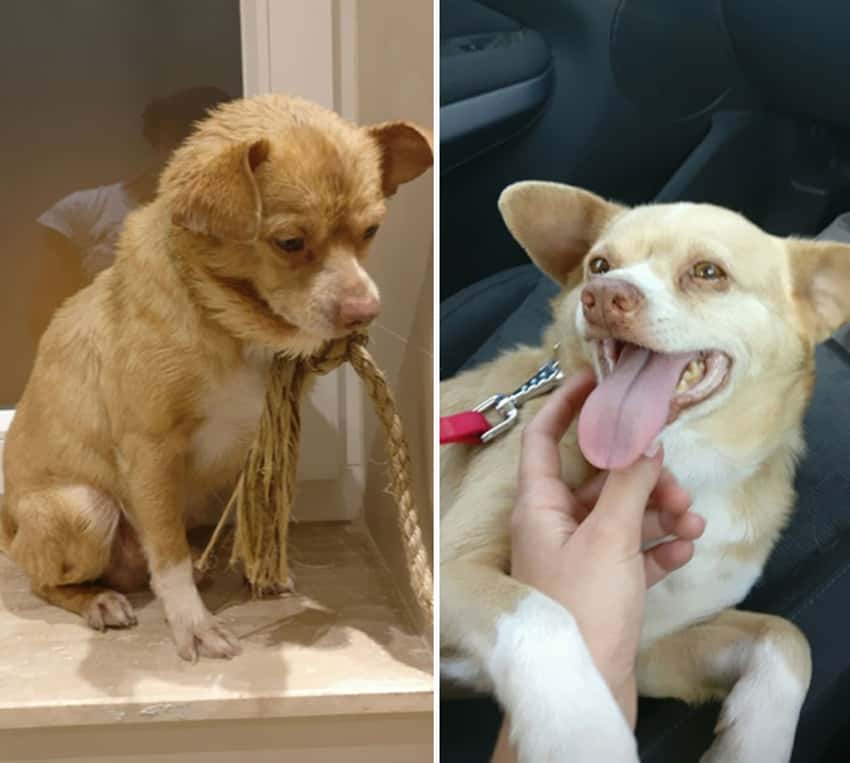 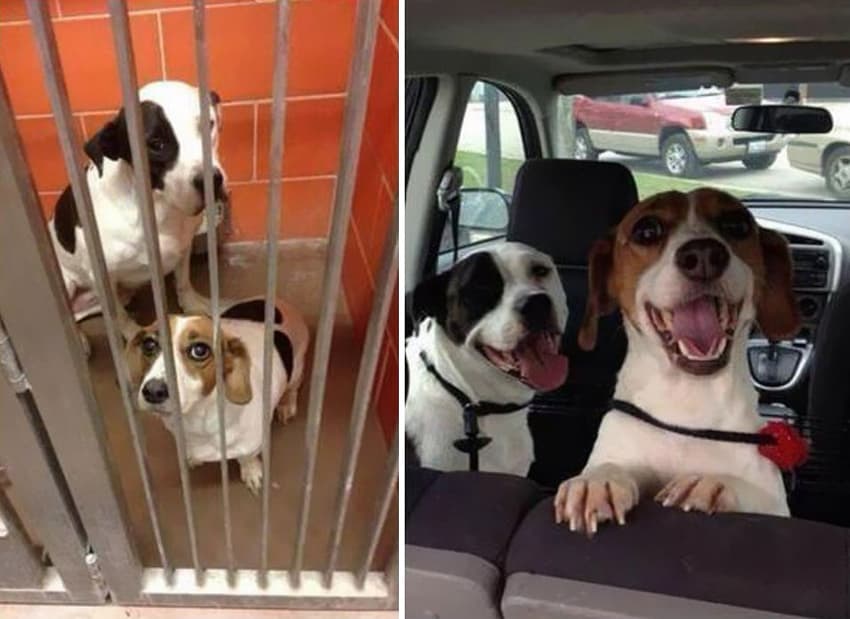 This dog’s previous owner left her in a park and abandoned her. A kind person took her and this is how she became two years after.

A stray dog in Iran found his new family in the United States. 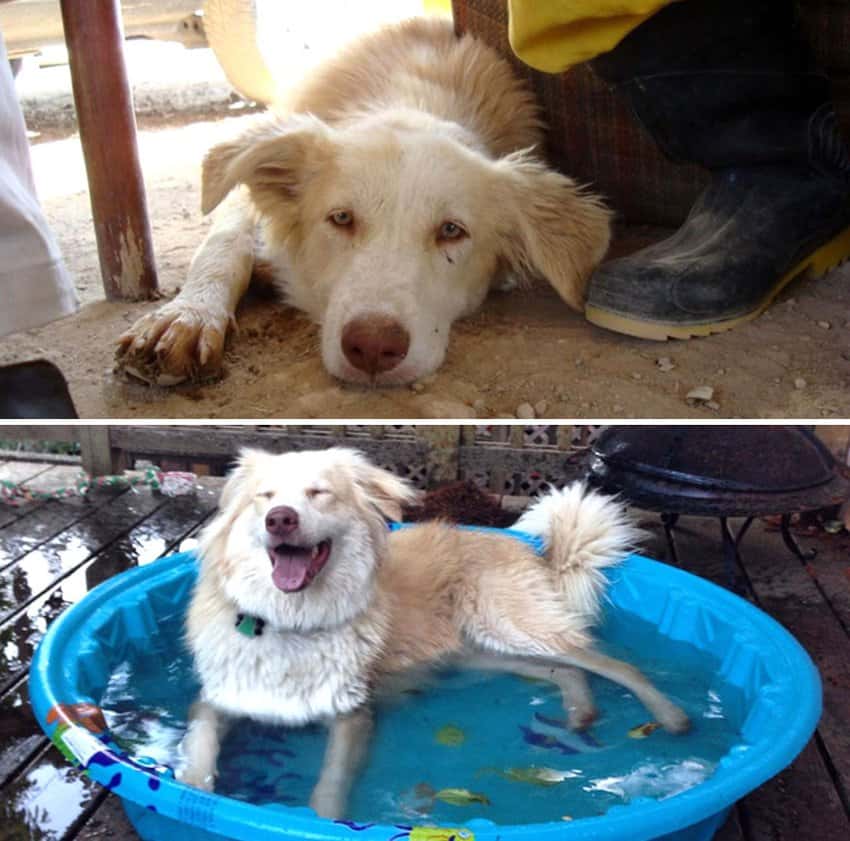 The dog couldn’t have been more grateful to his owner for grooming him. 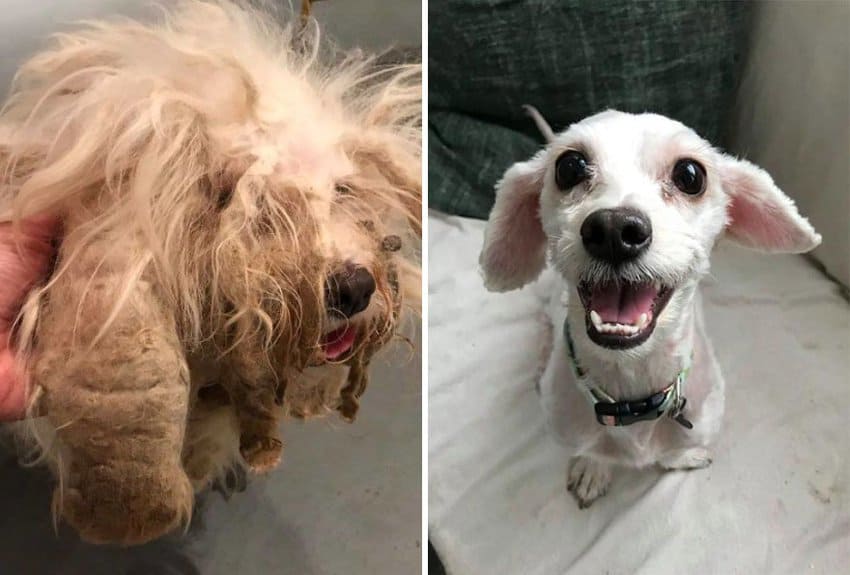 Abused and ill, this young pup lost one of her eyes and was about to die. But she was given new hope and a happier life.

A few months after adoption and now he’s all smiles. 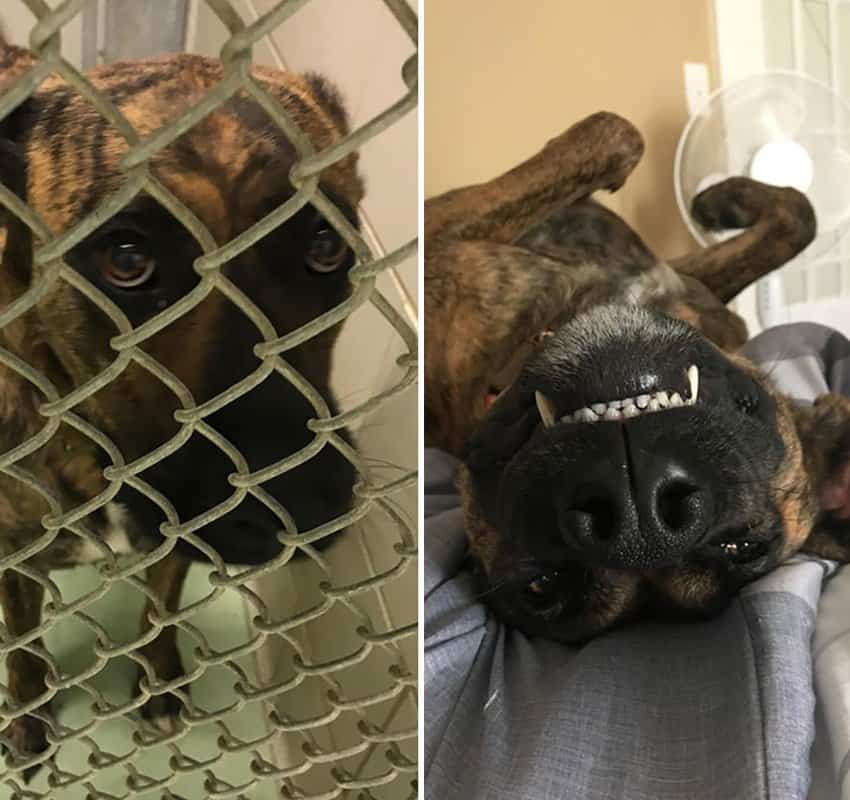 This hopeless dog was about to be euthanized but a kindhearted woman took him home and adopted him. The look on his face is enough to let her know she made the right decision. 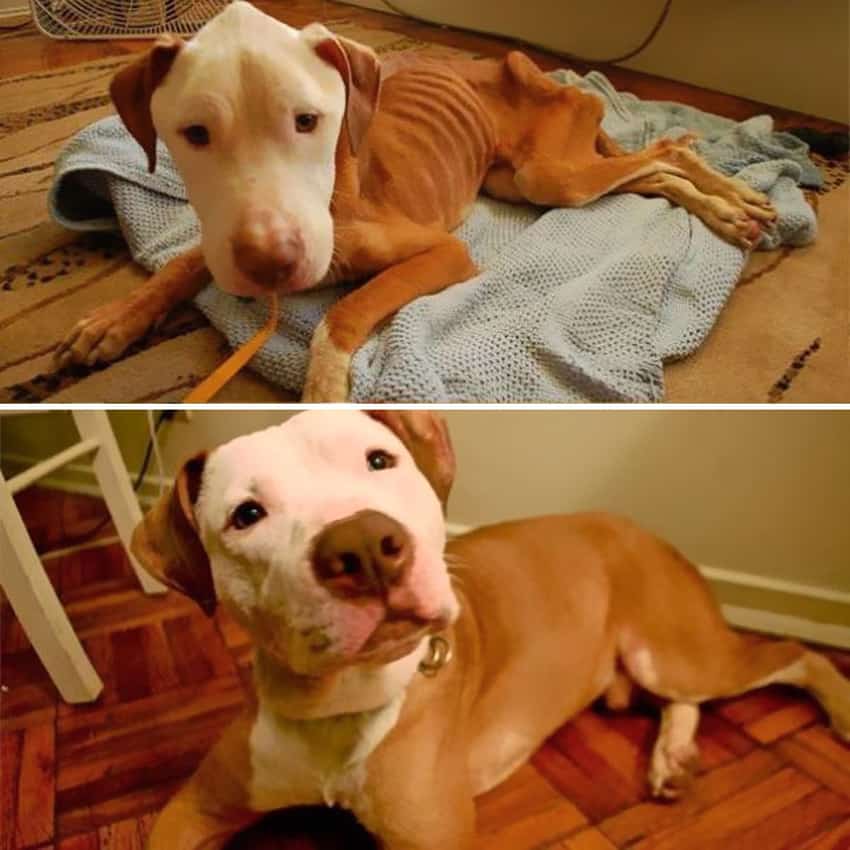 If it weren’t for the eyes, no one would have believed these pictures are of the same dog. 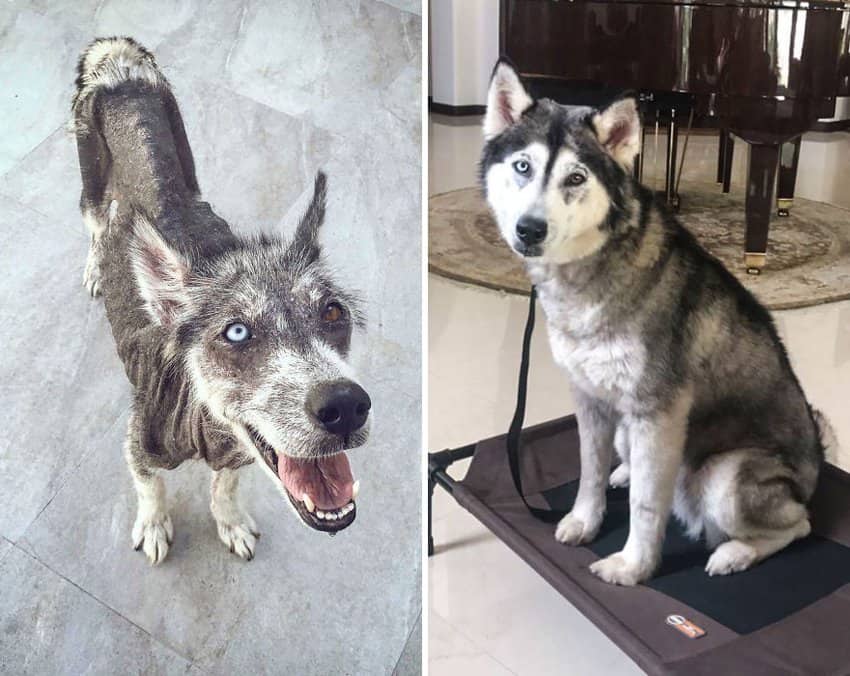