There’s nothing Hachi the Shiba Inu loves more than frolicking around the gorgeous Hitachi Seaside Park. And his human, Japanese photographer Masayo Ishizuki, enjoys capturing his moments of bliss with her camera. After all, when your person takes you out to explore one of the most beautiful parks in the world, how could you not be happy? Masayo started taking her dog’s photos sometime around 2017. Since then, he’s become a celebrity celebrated not only by the Japanese but by photography enthusiasts around the world.

Before Hachi, Masayo had another dog named Ron. Sadly, he crossed the rainbow bridge in 2015. So, in order to deal with the grief of losing her furry friend, she picked up the camera and began dabbling with photography. Then, in 2017, she rescued Hachi and they’ve been together ever since. And when she took him to the famed park, things clicked together. 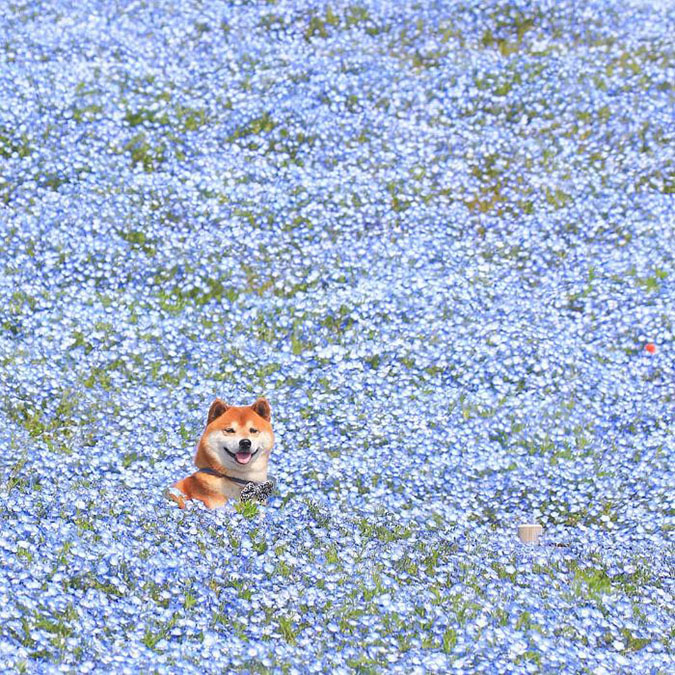 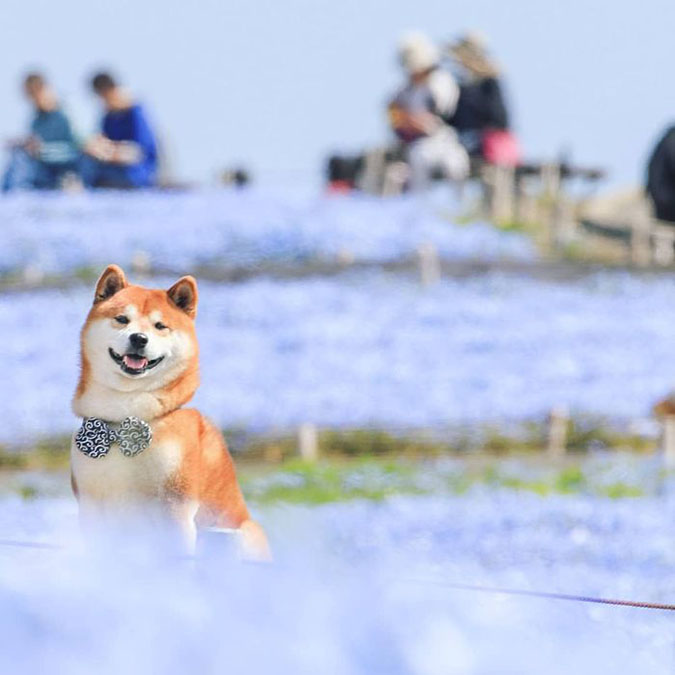 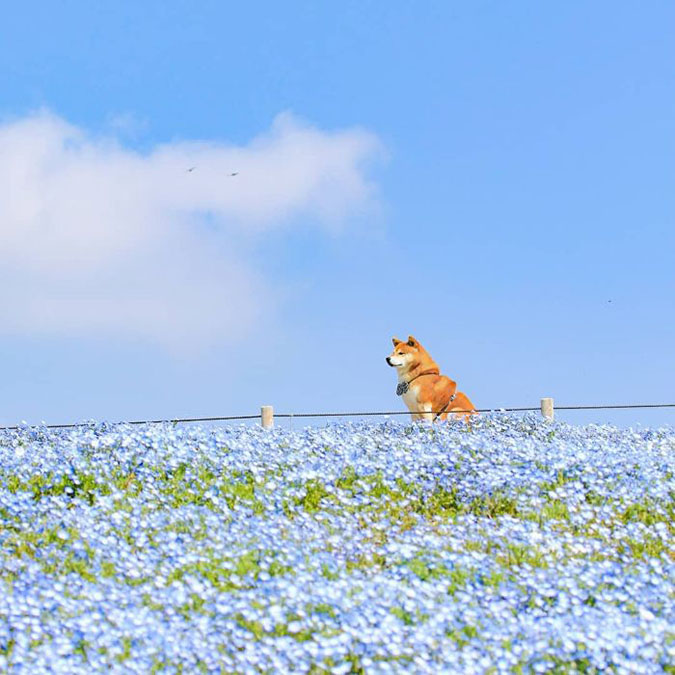 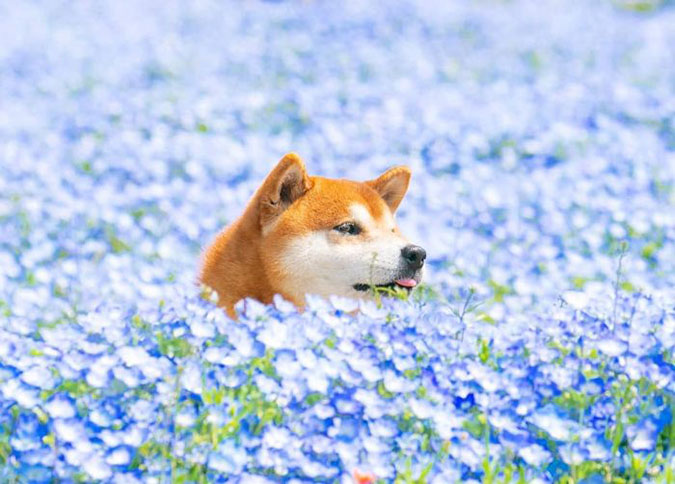 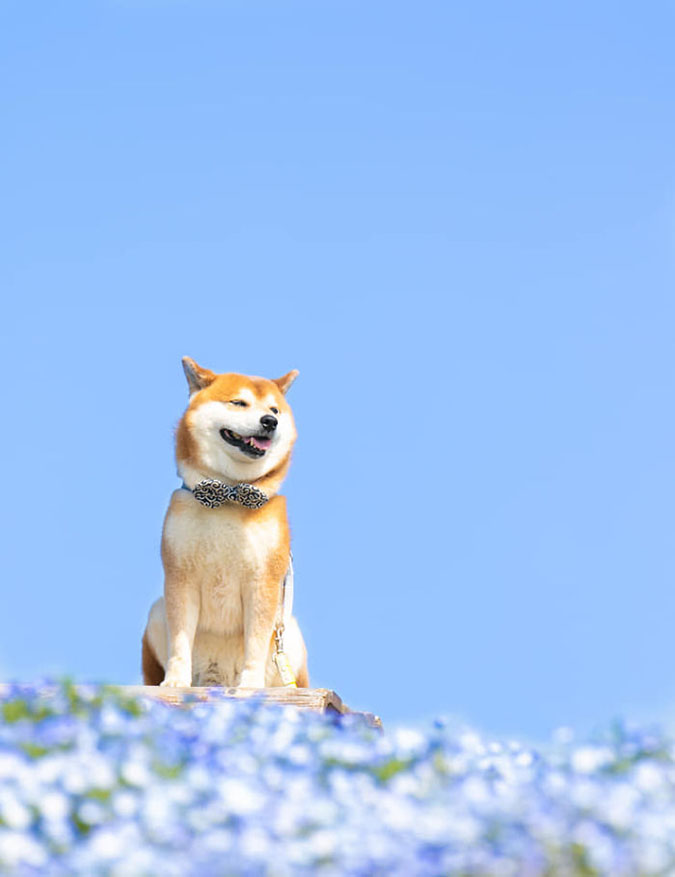 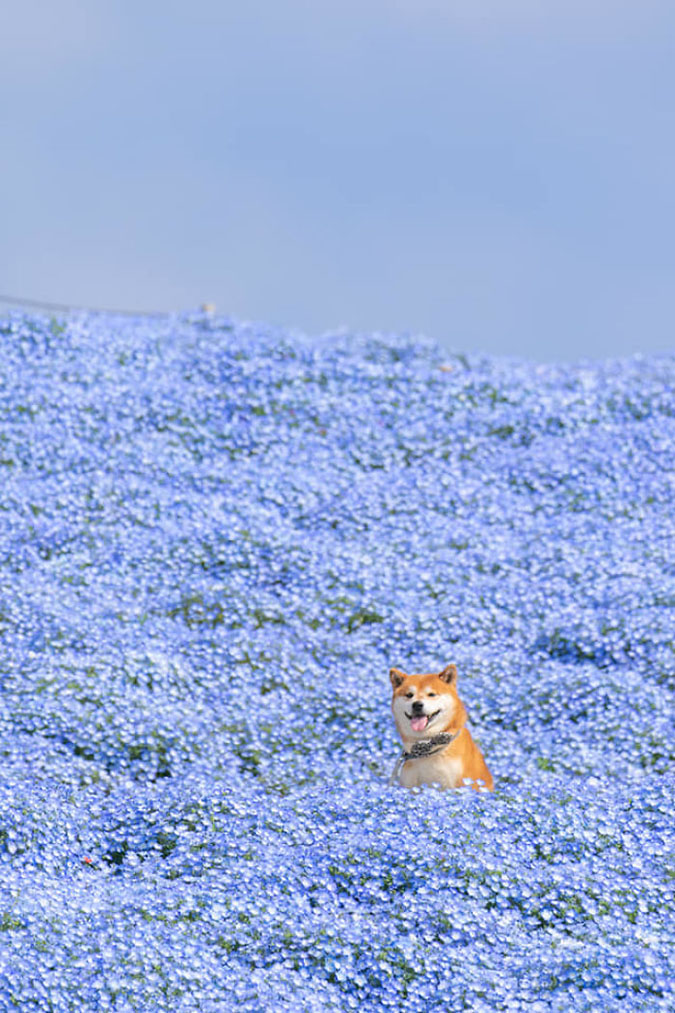 Shortly after Masayo began sharing her photos on Instagram, Hachi became a sensation. His happy, content expression coupled with his jaw-dropping backdrop is, after all, a perfect combo for the ‘gram. As of writing, the Instagram page @issyrider has accumulated over 29K followers. It is also through his social media exposure that Hachi’s been able to meet new friends at the park. His cheerful and social demeanor these days are a stark contrast to his personality during his first few days with Masayo. 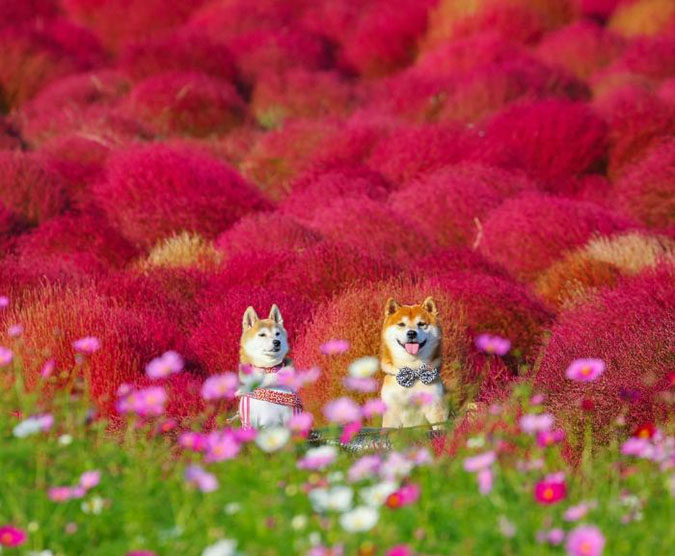 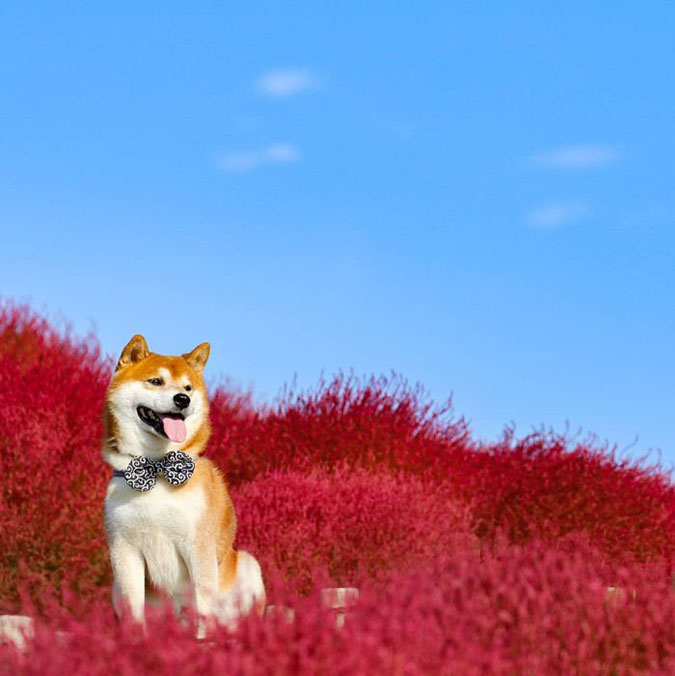 “He was very scared of dogs, but now he is friendly with everyone,” Masayo shared. 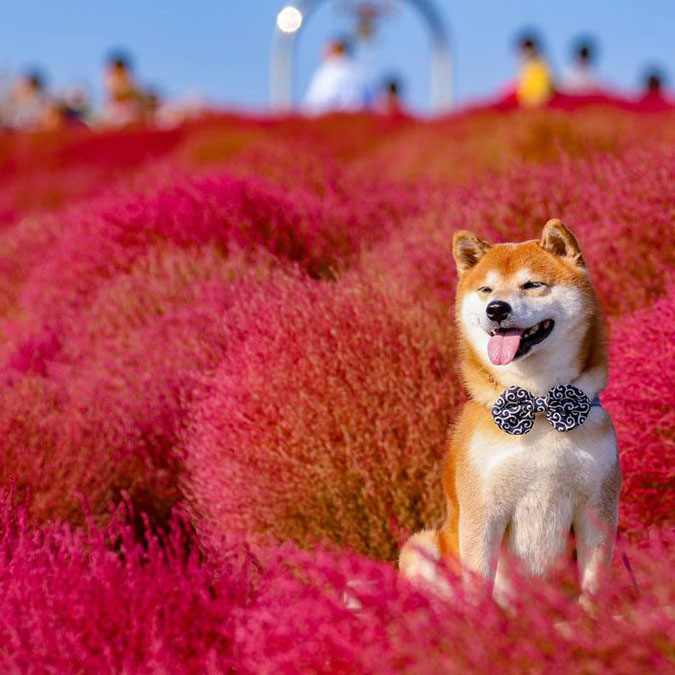 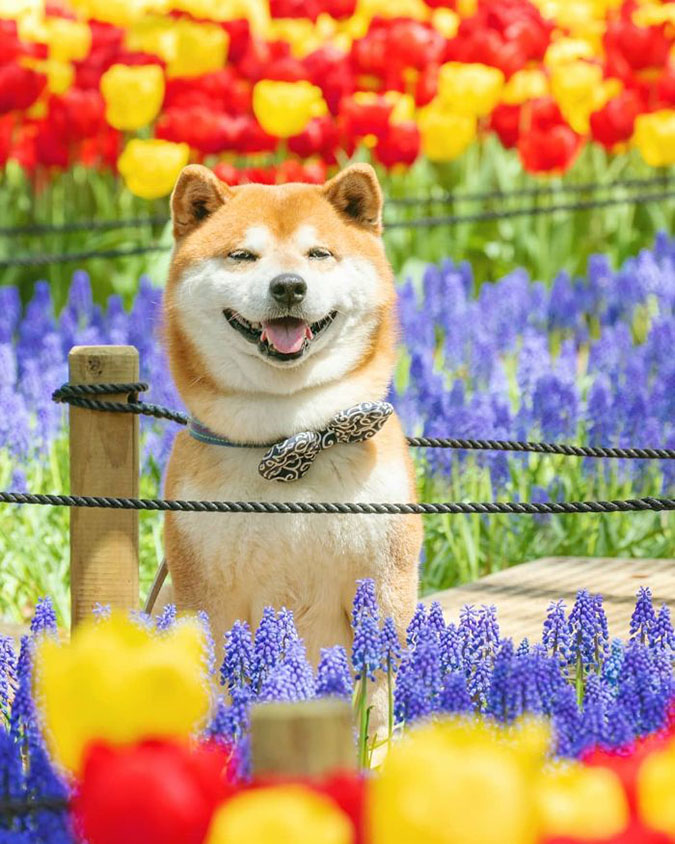 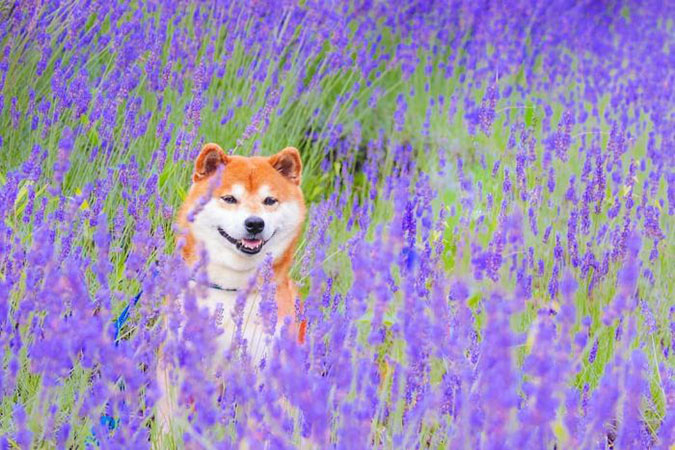 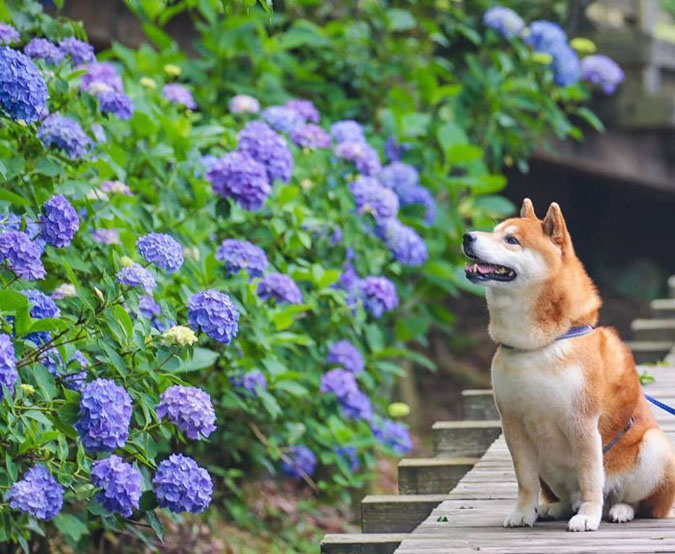 These canines are icons of Japan

Hachi’s breed is among the most appreciated dog breeds in the world. Given their lineage and personality, it’s no wonder that so many people choose to keep this breed of dog as a companion these days. Curiously, the Shibas are the smallest among the six original Japanese dog breeds. Another interesting fact is that the Japanese actually have three words to describe ‘the essence of a shiba’: Kan-i refers to their alertness and bravery; Ryosei describes their good-naturedness, loyalty and obedience; and Soboku pertains to their easy, natural good looks.

These are all very regal qualities. But these dogs also have a tendency to demonstrate a rather diva-like attitude. For example, they’ll cry like a child when they realize it’s bath time. (Fortunately, they’re very clean dogs so bathing them won’t be a daily event!) In fact, it’s one of the reasons why the dogs have become so wildly popular lately. They’ve launched a thousand viral videos and memes just by being themselves! Hachi’s definitely proof of that! 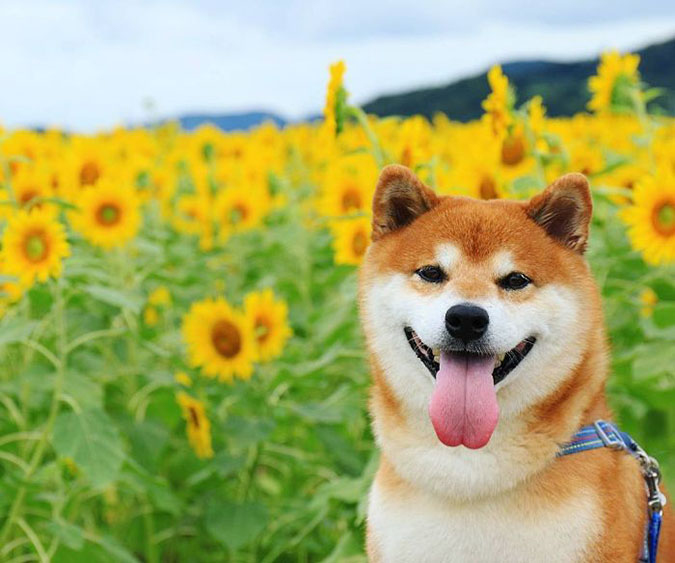 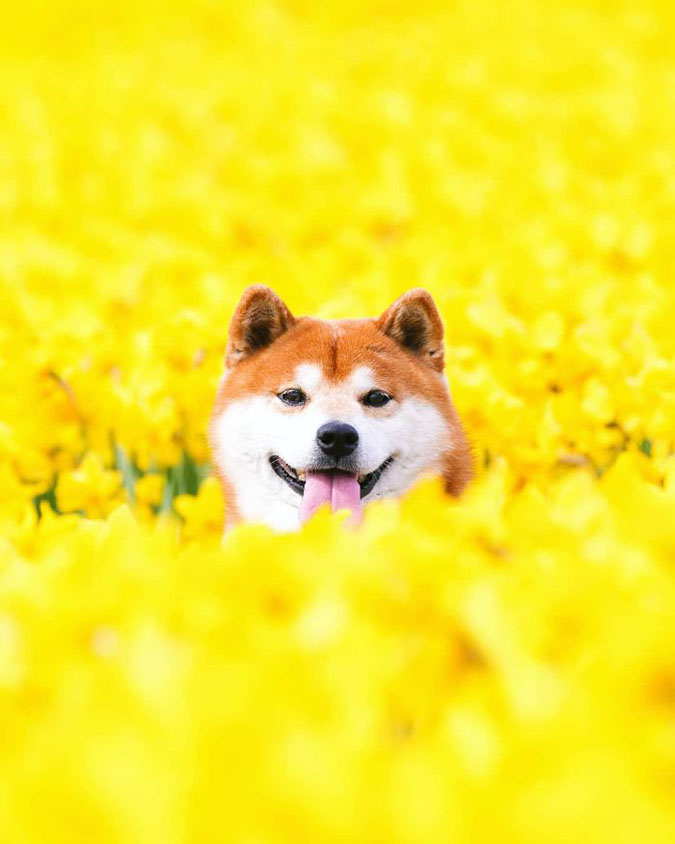 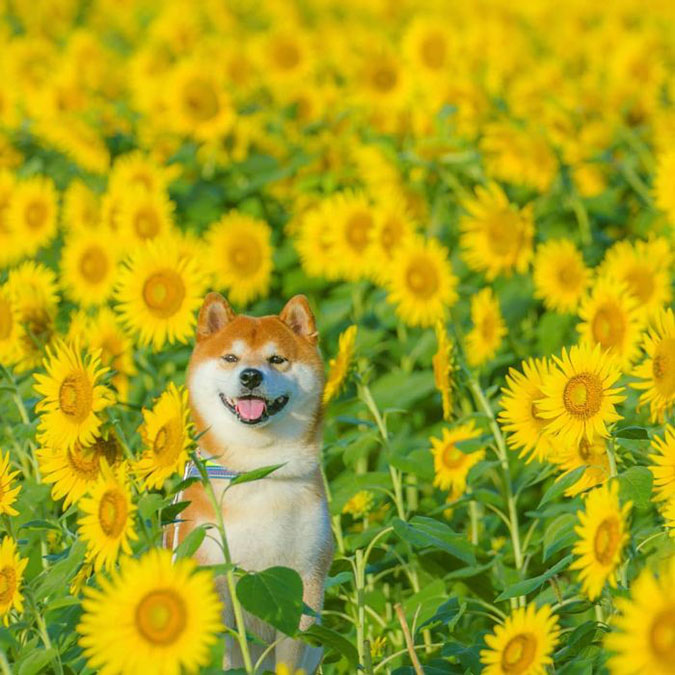 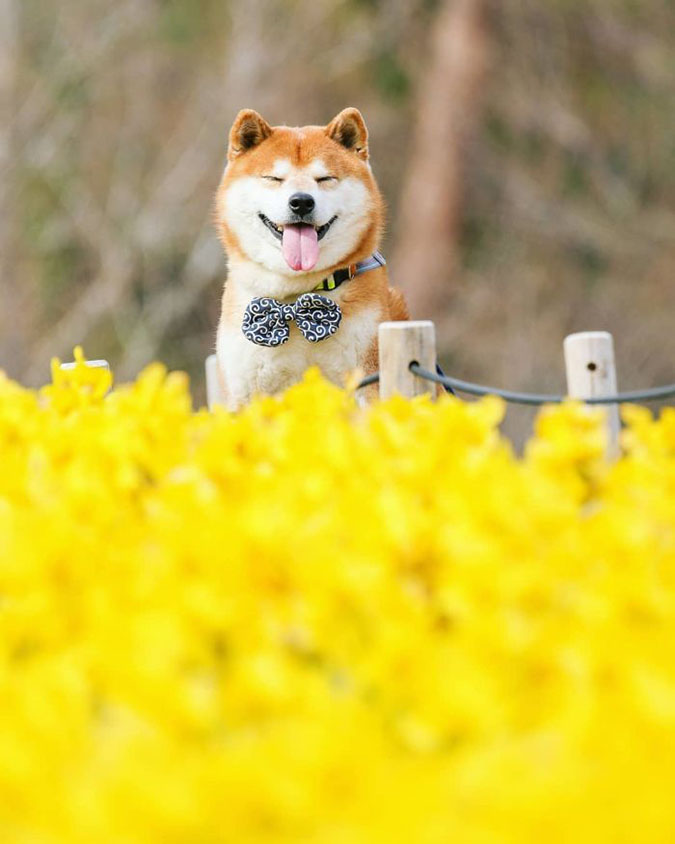