If foreign languages catch your interest, then you’ve probably thought of learning one at some point in your life. It would be amazing to communicate with people from other parts of the world wouldn’t it? You should know that it’s not easy. However, it will be a lot of fun and you will come across some funny translations to!

A member of the Facebook group Monolinguals are the worst challenged other members to share some of the funny translations that they know. These translations show that is not easy to learn a language and you will get it wrong sometimes! 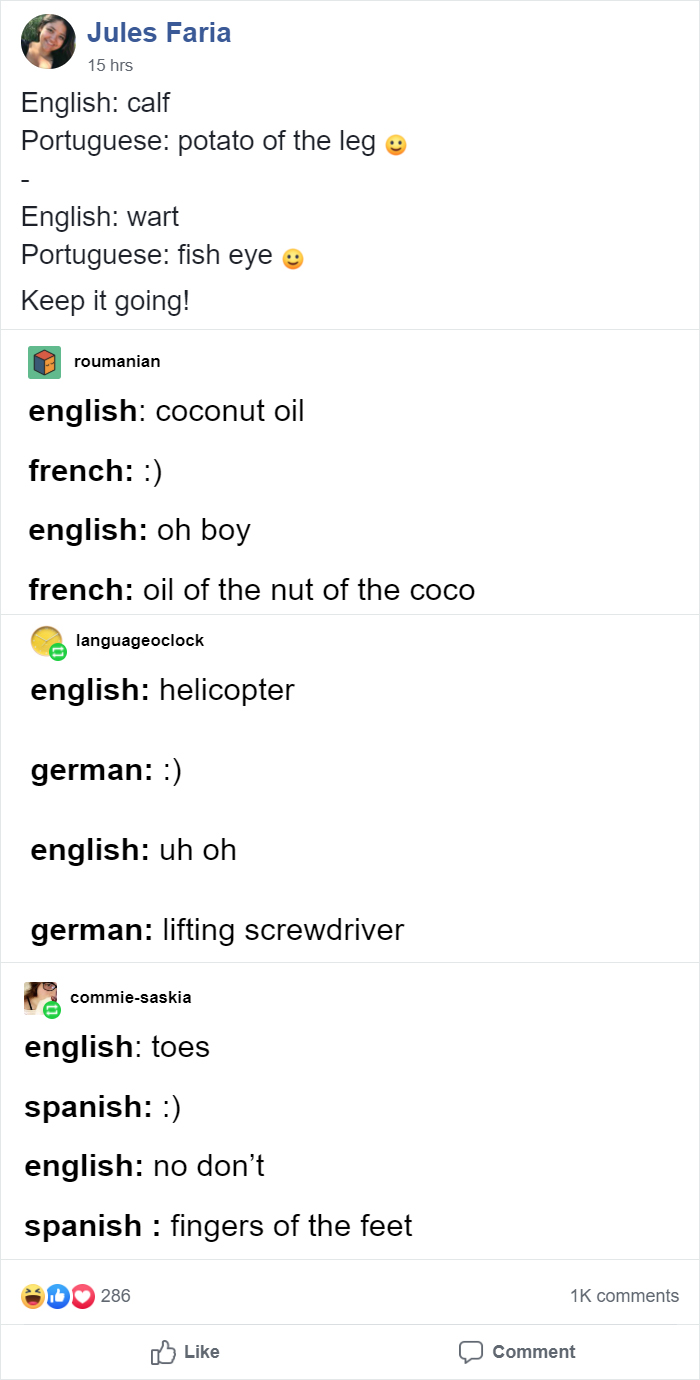 We’re talking about literal translations here. So, word for word. Some are so hilarious with words that get taken out of context. Others tend to drift away from the original message that the word conveys. If you speak languages other than English, you’d definitely relate to this thread.

Statistics show that most people in the United States only speak one language. Only a small portion, about 15-20 percent, consider themselves as bilingual. Arabic professor Mahmoud Al-Batal, thinks that this makes it hard for Americans to compete on a global scale. Other critics have also linked the state’s monolingual nature on students’ failure to achieve higher levels in foreign languages.

Being bilingual does have its benefits. These go beyond watching a foreign series or movie without subtitles and ordering off a foreign menu. As a matter of fact, different languages open up more employment opportunities. Employers perceive bilingual employees as valuable assets to the company. Especially multinational companies.

Similarly, understanding another country’s language means understanding their culture as well. This gives a person a better perspective and broader horizon towards the world outside his borders. As a result, this enables him to be a better citizen of the global village.

Get lost in these funny literal translations and make your day a little brighter.