Man Gets Banned From Hotel For Life After String Of “Unfortunate Events”, 18 Years Later He Decides To Explain His Side

Bad, disrespectful customers can really get in our nerves. But this story about the worst hotel guest is going to make you laugh. Customer service businesses have to deal with all sorts of customers or clients on a daily basis. And yes, customers who are rude, unreasonable, difficult, or too self-entitled can give any business a hard time. Businesses are within their rights to legally ban a rude customer not only based on its discretion but also for the health and safety of the staff and other customers within the premises. If a particular customer is becoming unruly, causing injury to employees, disrupting the business operations, or causing stress to other customers, the business can cite these legitimate reasons to kick out and ban this person.

Nick Burchill from Nova Scotia, Canada has been blacklisted as the worst hotel guest ever by Empress Hotel in Victoria, B.C. Since 2001, Nick has been banned from the hotel for a number of legitimate reasons. His first offense was opening the window of his hotel room, allowing a horde of seagulls to enter and feeding them. Second offense was destruction of property by leaving the lamps falling, curtains trashed, coffee tray damaged, and the entire room in total mess. Third offense was hitting a fellow guest with a shoe. Fourth offense was throwing away a company property (bath towel) out the window. And the fifth offense was knocking out the hotel’s power by dropping a plugged hair dryer into the sink full of water.

Considering all these offenses, we can safely assume that Nick is indeed the worst hotel guest we’ve ever seen. So, it’s not surprising that the hotel banned him for lifetime after wreaking havoc on the premises in 2001. After 17 years, Nick finally decided to reveal what really happened that day. So, he sent a letter to the hotel hoping they would reconsider and lift the ban on him. On the letter he shared on Facebook, he explained his side of the story. And how the tragic series of unfortunate events unfolded. 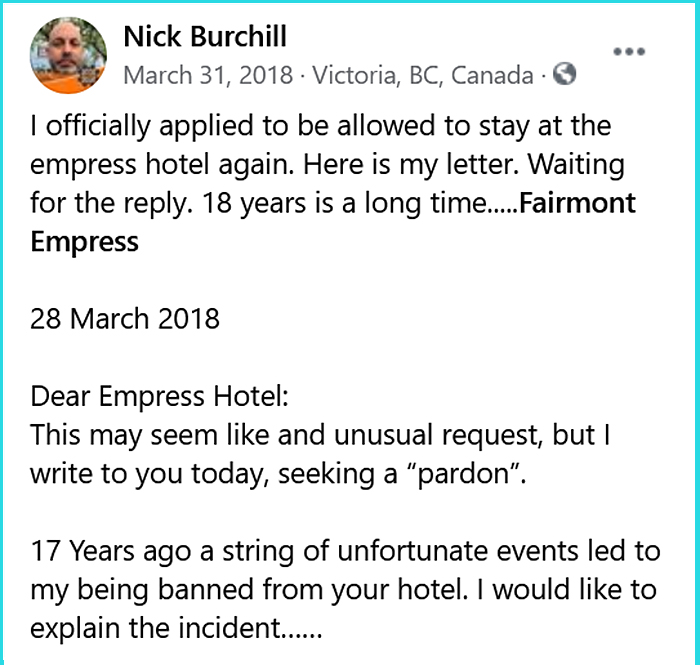 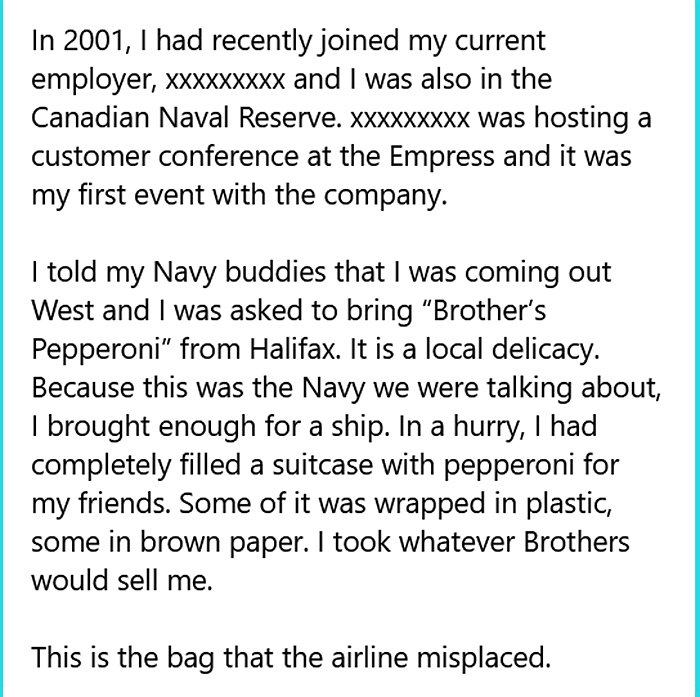 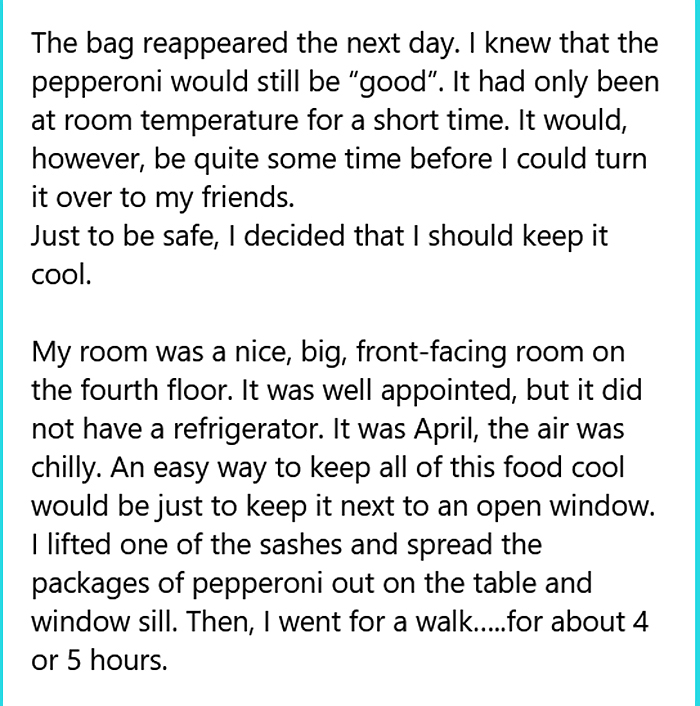 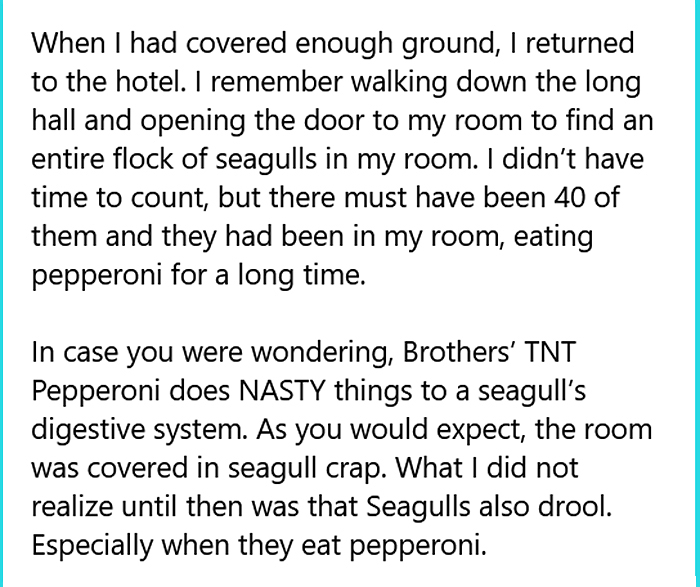 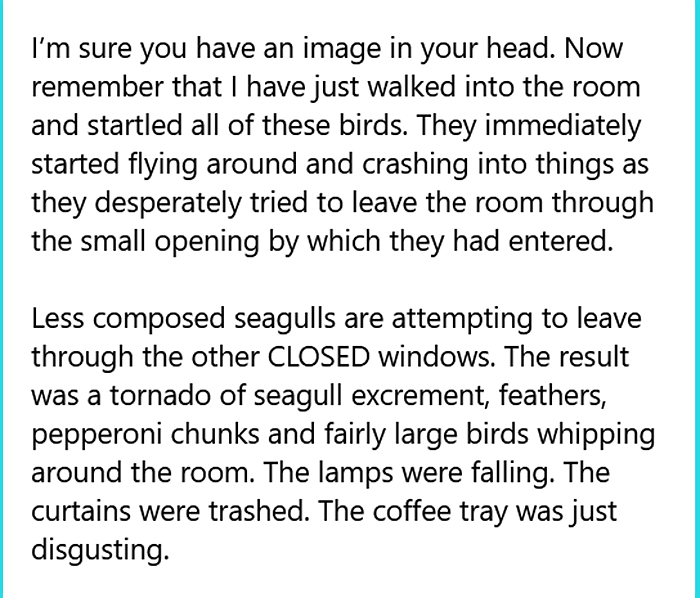 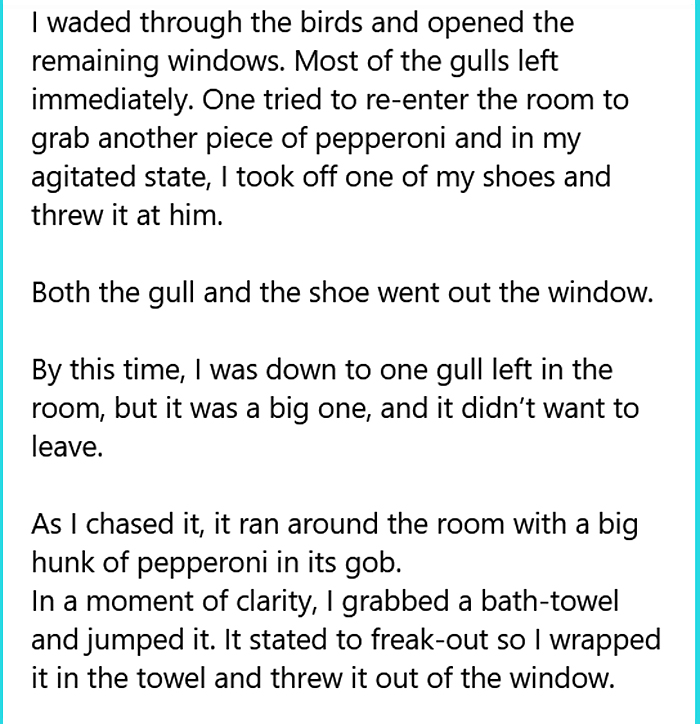 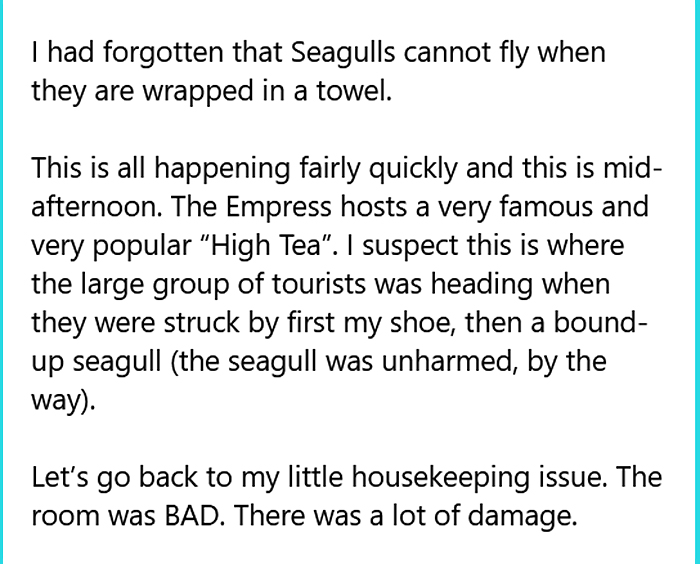 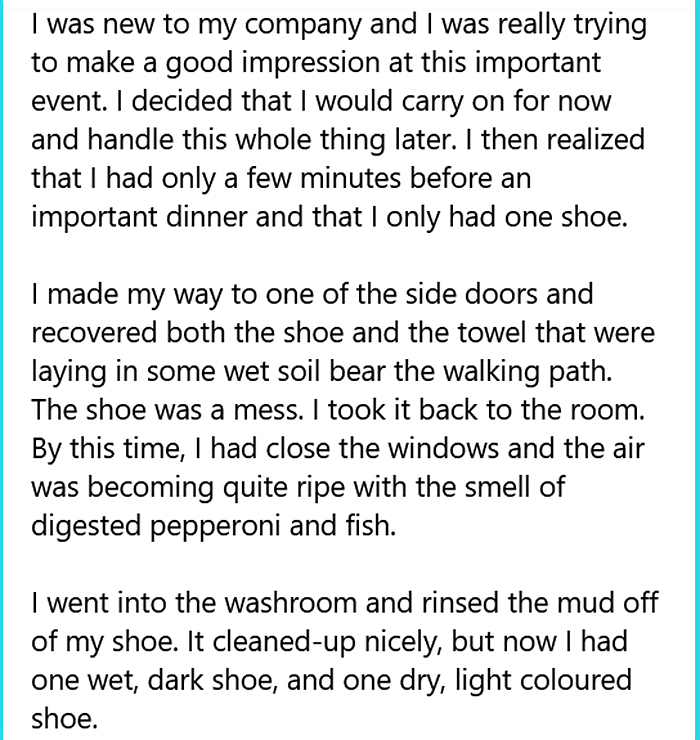 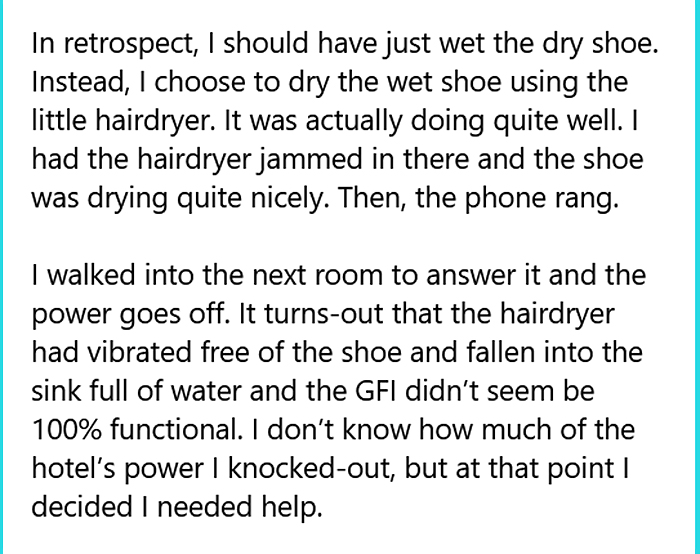 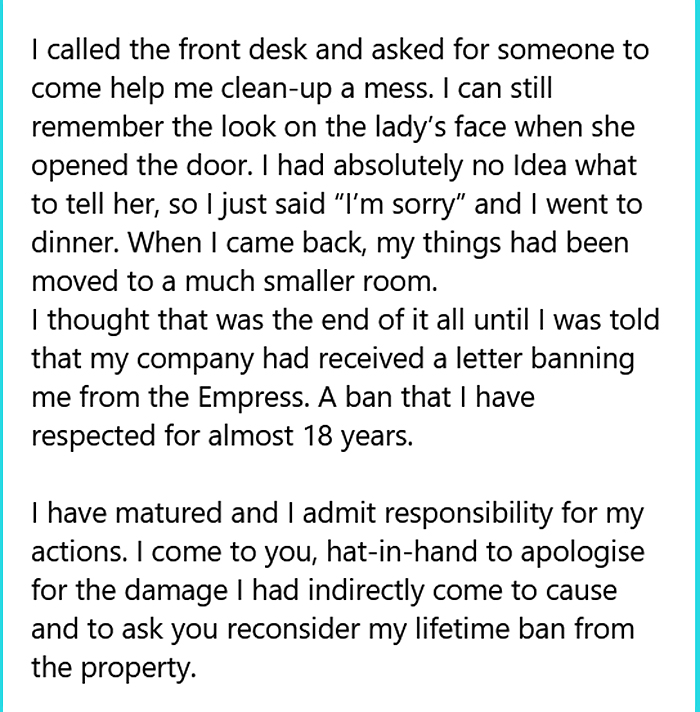 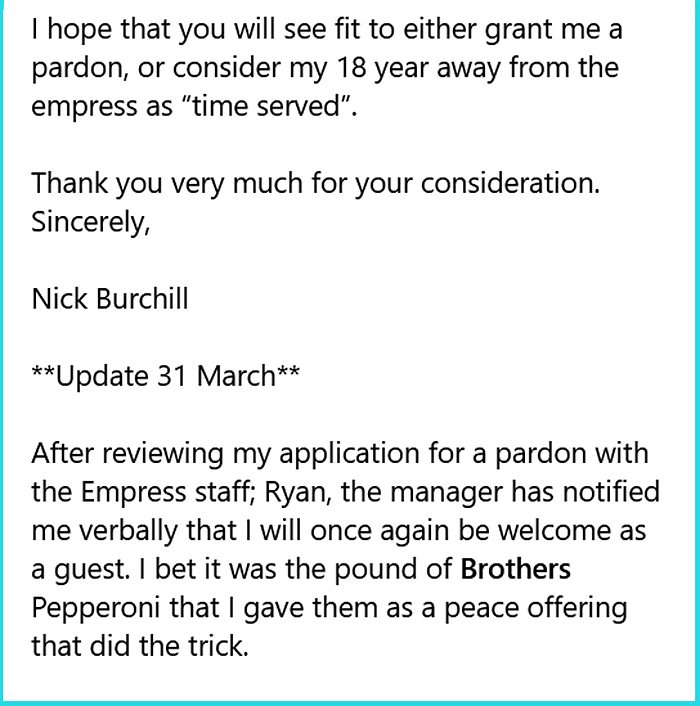