Our favorite snack and drink brands have made it a tradition to tantalize our taste buds with new flavors every year. 2019 is no different, in fact, the trend has become bigger and better than ever before. This year at the National Association of Convenience Stores, food bloggers were treated to a range of new products from the world’s favorite brands. Among the products featured in this year’s show is the Fanta Piña Colada.

The cocktail-inspired soda isn’t actually new, per se. In fact, this was a limited edition Fanta flavor in Europe in 2000. It’s arrival may have been a long time coming, but its announcement has certainly caused a buzz. Instagram food blog, @candyhunting, has had quite the field day sampling all the exclusive treats offered at the convention. From indulging on sweet treats like the Peppermint Bark Oreo and sipping the upcoming Dr Pepper & Cream Soda, this blogger’s definitely inspired a lot of cravings among us. According to @candyhunting, the drink “is on point with the classic pineapple and coconut flavor”.

New Piña Colada Fanta will be out February 2020 in the US! I tried it at the NACS Show, and it is on point with the classic pineapple and coconut flavor. Much more on point than this low res image.

Taste of the tropics

The Coca Cola Company has announced that the drink will be popping up in stores on February 2020. February isn’t the warmest month. As a matter of fact, we’d still be feeling a whisper of the cold winter winds. Coca-Cola said it is the first piña colada flavor in sparkling soft drinks. Unlike its short-lived availability in Europe, Coca Cola has announced that this new Fanta flavor will be a permanent addition to its existing lineup. 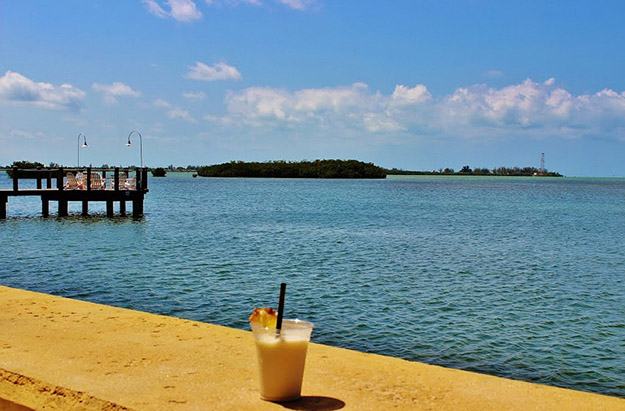 The cola company didn’t decide to revive the cocktail-flavored Fanta on whim, either. Before unveiling it at NACS 2019, Coca Cola conducted a series of internal testing and studies. They concluded that the coconut and pineapple combo was the hit fruit fusion trend between the years 2015- 2018. Fantastically enough, the Fanta Piña Colada isn’t the only thing fizzing its way to the shelves next year.

But we’re certainly pretty psyched about this cocktail-flavored soda! Now, this re-released Fanta flavor may be inspired from a cocktail you’d normally be sipping by the beach, but it does not contain any alcohol. However, it does have 100% natural flavors that give you that tropical fruit punch. Of course, you can totally experiment and mix a bit of rum into it if you’re really craving that tropical buzz.