Driving with an obstructed view can be risky and even deadly. But 14-year-old Alaina Gassler found a clever solution to eliminate this problem. Pillars on your car securely hold the side and the front windows in place. Despite their reliable function, these thick A-pillars can be bad for driver’s line of sight since they create blind spots. Consequently, the blocked areas may cause car accidents and even death. Gassler’s mother has been constantly struggling with her car’s blind spot. For this reason, the teenager from Pennsylvania invented a way to provide the driver with a full view of the road. 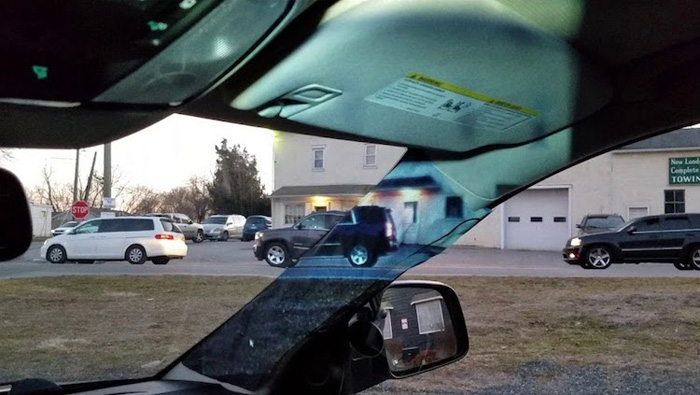 The young Alaina Gassler began working with her science project, titled Automobile Safety by Removing Blind Spots. Gassler was aware that it would be impossible to remove the thick A-pillars. So, she searched for a way to make the pillars appear invisible. This would reveal what’s behind them.

How did Alaina Gassler come up with the ingenious solution?

First, she attached an outward-facing webcam to the outside of the car’s pillar. The webcam is connected to a projector. This displays a live feed of outside activity onto the interior side of the pillar. By aligning the image with the post, it produces a seamless blend of the projected image and the actual background. This way, the driver is able to see through the thick pillars. This gives them an unobstructed and comprehensive view of their surroundings.

Aiming to gain worldwide recognition and application, Alaina Gassler presented her project at the 2019 Society for Science and Public’s Broadcom MASTERS competition. Due to the ingenuity of her innovation, Gassler bagged the top honor along with the $25,000 prize. Indeed, this science project could potentially save millions of lives when implemented.

“Congratulations to Alaina, whose project has the potential to decrease the number of automobile accidents by reducing blind spots,” said Maya Ajmera, President and CEO of the Society for Science & the Public and Publisher of Science News. “With so many challenges in our world, Alaina and her fellow Broadcom MASTERS finalists make me optimistic. I am proud to lead an organization that is inspiring so many young people, especially girls, to continue to innovate.”