One man’s best friend just proved how awesomely intelligent and independent she can really be. Fellow dog lovers, meet Eclipse: the most street smart pooch you’ll ever know! This amazing black Labrador mix is a regular on the D-Line trough Seattle’s Queen Anne neighborhood. She rides solo several times every week to a nearby dog park. And don’t worry – she’s not hitchhiking. This good girl has her very own bus pass attached to her collar.

Her adventure began one day, when she and her human, Jeff Young, were waiting for the bus. They were going to the dog park. But when the bus arrived, Jeff hadn’t finished his cigarette yet, and wasn’t ready to board. But she was. So she impatiently ran and got on the bus all by herself. Her surprised owner arrived 10 minutes later, to find Eclipse patiently waiting for him at the stop! 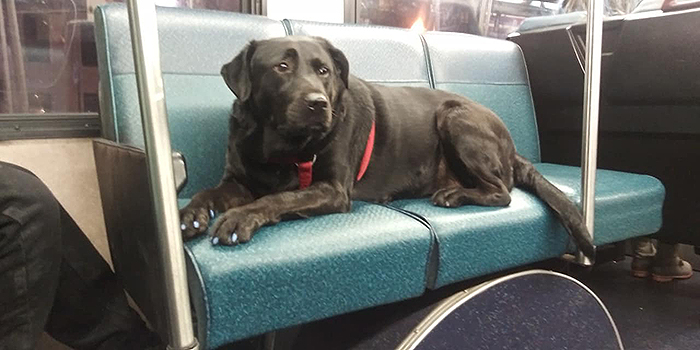 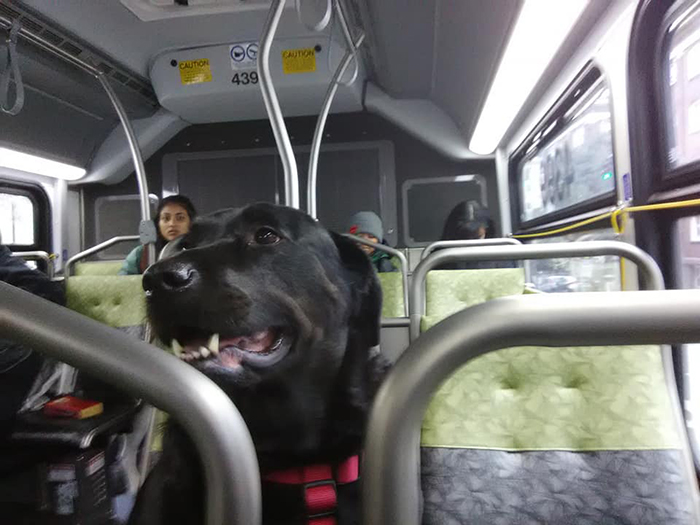 Jeff didn’t let her commute by herself right away, of course. Like any responsible (fur) parent, he needed see if his darling dog could really manage to go back and forth from their home to the park by herself. Fortunately, Eclipse managed to convince him and she was finally allowed to navigate her way to the dog park on her own. It’s become a tradition now, at this point.

“Every day she leaves her house by herself and takes the bus downtown to the dog park where she spends a couple of hours getting exercise and making friends, and then she takes the bus back home again.” 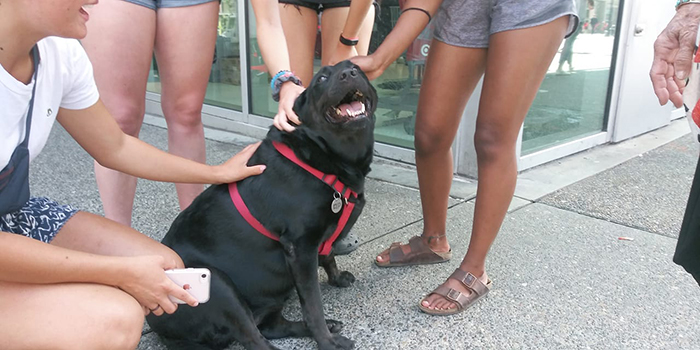 Commuters taking the route have come to look forward to sharing the ride with Eclipse. All the bus drivers know who she is, and everyone always leaves a spot open for her at the very front, because that’s her established seat. “She makes them smile,” Robbie Lauren wrote. “Many of the regular passengers enjoy seeing her every day and will often sit down next to her.” And Eclipse doesn’t mind being the center of attention… she loves it!

Keep up with Eclipse

“A lot of people consider her the unofficial mascot of Seattle. She’s like a four-legged ambassador.”

Transportation usually officials prefer dogs to be leashed when in public spaces. But they also said that they can ride buses at the discretion of the drivers. And since his dog’s solo bus rides have become an urban legend, Jeff said that people always look forward to sharing a ride with her. “People on the bus now, they look for her,” Jeff said. “She really makes their day. If I show up without her, people are like, ‘Hi. Where’s Eclipse?’” If you’re not currently living in Seattle, you can still keep up with this street smart pooch through her official Facebook page. 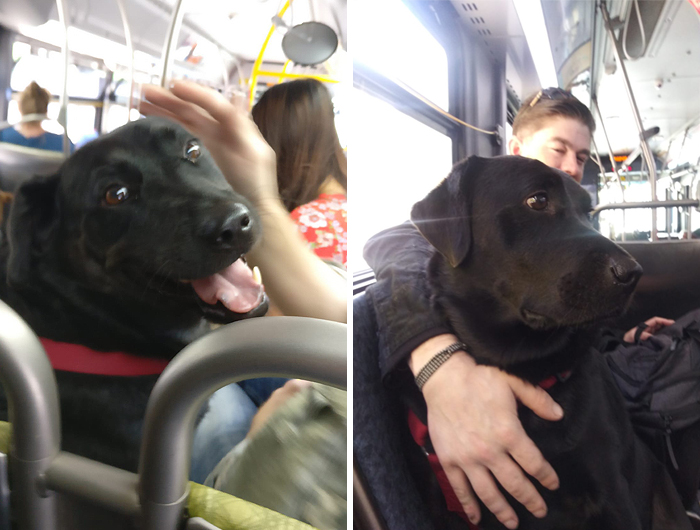 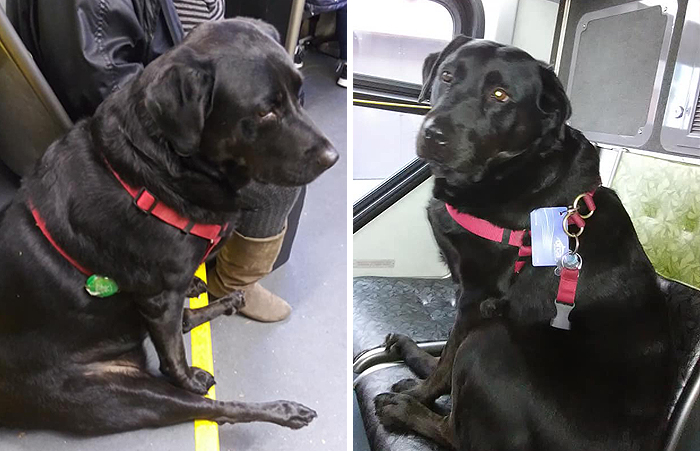 Eclipse’s buss pass not only let her explore by herself, but actually paved the way for her to be the subject and star of a rap music video. The project was done by King County Department of Transportation. The song “Bus Doggy Dog” was recorded and filmed in 2015. In the video, Eclipse is shown going about her routine while welcoming pats, selfies, and occasionally laying on peoples’ laps. Watch it below: