Dunkin’ is back at making our biggest foodie dreams come true once again. Not too long ago, they introduced the Snackin’ Bacon, allowing us to enjoy the breakfast staple at any time of the day. Now, they’re finally making it possible for us to decorate our own donuts with the new Dunkin’ DIY donut kits. Obviously, this is going to be a fun activity that kids and even kids at heart will look forward to!

In a press release, Dunkin’ revealed that franchisee Matt Cobo got the idea from one of his employees. Norma Valkenaar, an employee at the Concord store, asked Cobo if she could bring home some donuts for her nephews. But instead of asking for ready-made ones, she asked if she could take home some sprinkles and frosting too—separately. After receiving positive feedback from Valkenaar’s nephews and friends, Cobo thought the kits would make a great new product offering. 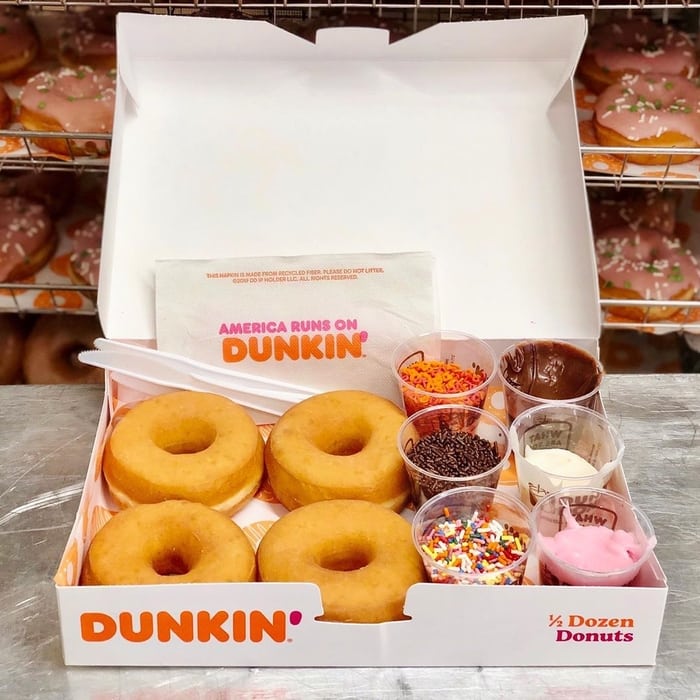 Soon enough, his Walnut Creek and Concord stores started offering the kits. Each kit consists of plain donut rings, different frosting flavors and a variety of sprinkles. In the same press release, Cobo also mentioned that the kits are their “way of trying to brighten someone’s day.”

“The simple joy of getting to create your own donut can make kids light up, and if we can be a part of creating that moment, that makes us happy.” 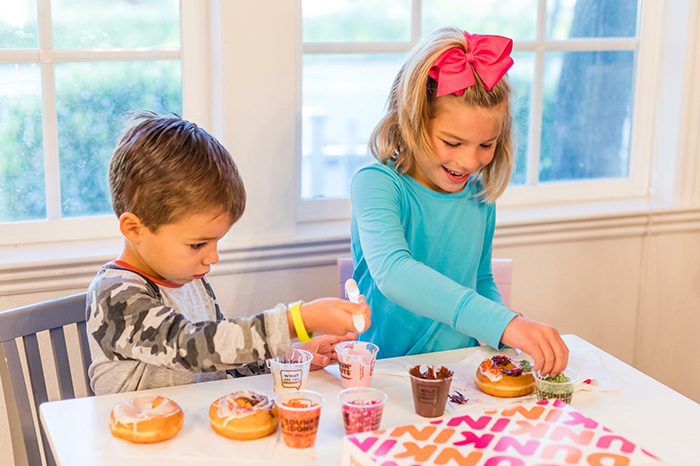 Even Cobo’s sister joined the “donut dash surprise” movement by dropping off kits at their family and friends’ doorsteps and leaving them with a “You’ve been Dunk’d!” message. Cobo also encouraged the crew members at his stores to do the same to spread some joy during these times.

“The reality of this experience has set in, and we know it’s not going anywhere anytime soon. Like most parents, we were looking for ways to entertain our kids and bring a little levity to this situation.” 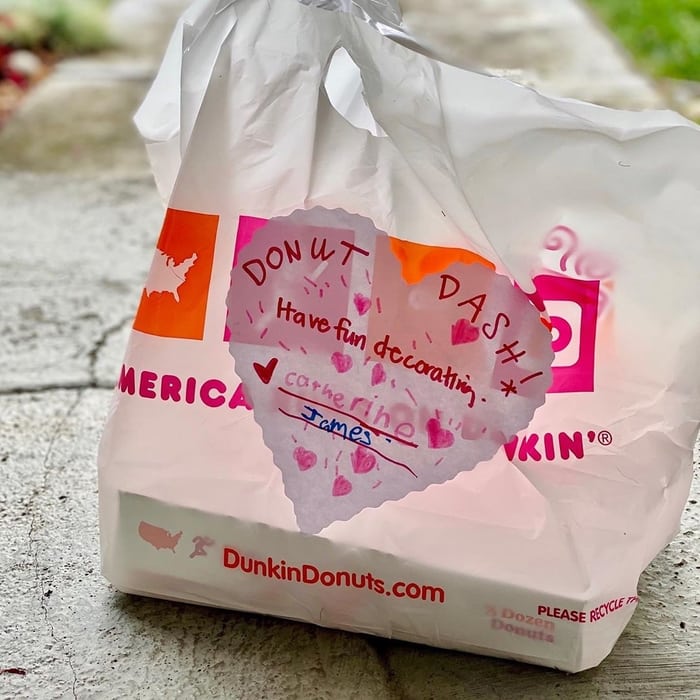 “You’ve been dunked” ? Our Bay Area franchisee, Matt Cobo, was inspired when his employee, Norma Valkenaar, came up with the idea of ‘donut kits’ to keep people entertained. They began to surprise their families and friends with kits to spread joy from a distance. We’re all in this together. ??

Dunkin’ is sprinkling some fun into your quarantine routine with DIY Donut Kits! ?The kits come with a variety of icing & sprinkles and are available in two sizes: 2 donuts or 4 donuts. ? This is the perfect family fun activity to do at home! ? #dunkin #dunkinDIYdonutkits #ad

I just finished decorating my own donut using the @dunkin donuts DIY donut kit! I added the location of the one I got the kit from, but making my own donut was so fun! It tasted delicious ?? #dunkindonuts#dunkindiykit

When I say I want a chocolate frosted donut with sprinkles- this is what I mean. I want sprinkles galore! I brought home one of the @dunkin donut kits for me and the roomies again today to brighten up social isolation as much as possible. . . . #dunkindonuts #donut #donuts? #donutkit #irunondunkin #chocolatefrosted #chocolatefrosteddonut #springfun #donutdecorating #decoratingdonuts #Dunkin

When you come home to a @dunkin #donutkit. You decorate and eat 'em. Thank you donut #fairy! #familytime #saturdayvibes #sweettooth

A post shared by BitchyBasics&Baking (@bitchybasicsandbaking) on Apr 21, 2020 at 6:08pm PDT

To be sure, drop by your local Dunkin’ to see if they offer these DIY donut kits. And if they do, make sure you snag a kit or two! Now’s your chance to make your dream donut topping come true! And if you’re up for the challenge of creating your own donuts at home, then you might want to get yourself a mini donut factory too!