How does a bag of bacon sound for snack time? Well, if you’re anything like us then just the thought of it is enough to make you drool. Thank heavens because Dunkin’ is finally blessing us with its new Snackin’ Bacon. Yes, bacon for a snack, because why not? Also, can we just say that it’s an answered prayer for all of us sleepyheads who always miss out on breakfast time!

The donut company officially rolled out this latest offering on February 26th. According to a press release, it features the same caramelized bacon from their Sweet Black Pepper Bacon Breakfast Sandwich. So, it’s also smoked with natural cherrywood and coated with brown sugar and black pepper seasoning. It’s sweet, salty and spicy all at the same time—making it the perfect snack. 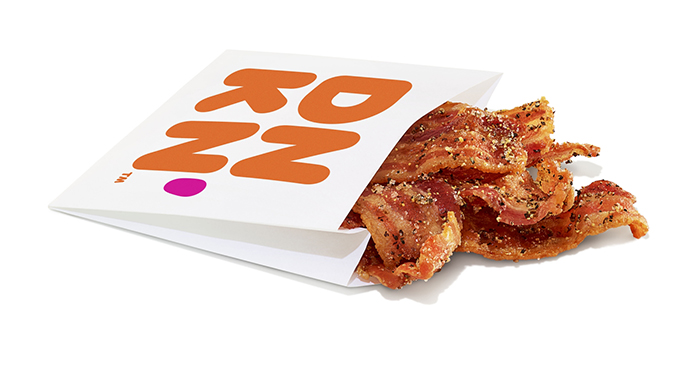 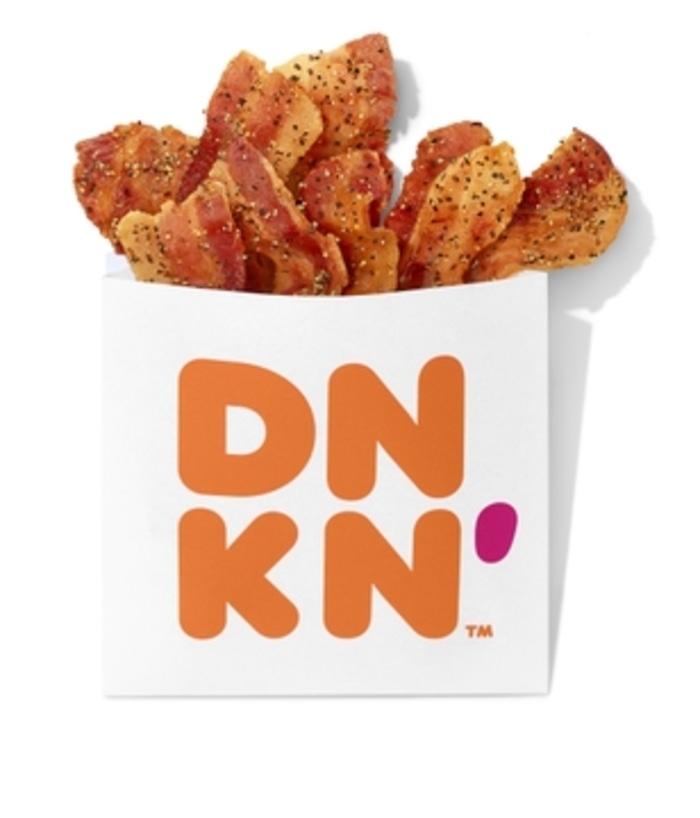 Each bag contains eight half-strips of this crispy and crunchy goodness. Simply put, it’s the equivalent to four full strips! And the best part is you can enjoy it whenever and wherever you want to. Now, is it too soon to ask for a bucket version of this? We hope not.

Of course, you’ll need a drink to go with your munchies. Well, Dunkin’ suggests pairing it with an iced coffee “for the optimal experience.”

“Because of the sweet caramelized, candied flavor profile, the new Snackin’ Bacon pairs perfectly with our caramel, French vanilla, and hazelnut flavor swirls.”

Here we have the long awaited, elusive “snackin bacon” from @dunkin… first impression, can’t be that good, however upon touching the first slice of porkly heaven, I knew i was holding something special, proper crisp, succulent sweetness, proper portion of pepper, truly divine all in all these little slices of heaven get 4 out of 5 stars #foodporn #foodie #meateater #bacon #foodblogger #culinary #cheflife #foodstagram

Now, that gives us more options for our new go-to morning and afternoon delights. Several Instagram users have also expressed their approval of the new Dunkin’ offering. One user wrote, “This is what heaven in a bag looks like, my taste buds were going crazy.” Another wrote, “There’s nothing more to say except “buy it whenever you’re at Dunkin’ and you want bacon.” Noted that!

“Hello, I’ll have a large coffee black and can you just, like, give me a bag of bacon?” THIS IS A THING YOU CAN NOW DO AT @DUNKIN! The new “Snackin’ Bacon” includes eight half-slices of brown sugar & sweet pepper cherrywood bacon. Here’s your review: It’s a delicious bag of bacon for $2.49. There’s nothing more to say except “buy it whenever you’re at Dunkin’ and you want bacon” (so, every time you’re at Dunkin’.) There is grease all over my car.

@dunkin hit a #homerun with this #bacon

Happy March y’all! 2020 is rolling on and it seems like everybody & they mama is trying to come up with some sort of buzzworthy menu item thanks to the Popeyes Chicken Sandwich craze. Of course we had to check out the latest craze from @dunkin -Snackin Bacon.?The thought of casually snacking on strips of bacon never really popped in our head, but we’re not mad at it. The bacon itself is really good! It has a sweet and spicy taste from the Sweet Black Pepper seasoning. 10/10 would recommend if you randomly start craving bacon on the way to work one morning. ? ?????????? Have y’all tried any new chain restaurant/fast food menu items recently?

It's BACON! Dunkin' has new Snacking Bacon on the menu for a limited time. It's a little baggie with eight pieces of bacon coated in black pepper and brown sugar. It's certainly a fun treat. Also, the Irish Cream coffee in the background is delicious.

Also, we just want to point out that Dunkin’ made no mention of this new offering’s duration of availability. So, we’re just going to assume that it’s not just a limited-edition offering. Now that it’s possible to have bacon at any time of the day, there’s no more reason to have a bad day at all.