People don’t always have to choose their pets. Sometimes, it’s the pet that chooses them. Time and again, we hear stories about people falling in love with a stray cat and ending up adopting it. Even rescue shelters and animal rights advocates are encouraging people to adopt stray cats to help reduce the increasing feral feline population. There are about 50 million strays in the United States alone. Every year, approximately 3.2 million of these cats are rescued by animal shelters. Only 1.6 million of them are adopted on a yearly basis while 90,000 of them are returned to their owners.

Obviously, animal shelters can’t possibly take all these cats in. They’ve been asking people to find it in their hearts to consider adopting a stray if they see one. However, people need to know how to distinguish a stray from a feral feline. Feral cats are born with no interactions with humans so they are mostly aggressive and wild towards humans. In other words, feral cats cannot be domesticated and you should not attempt to approach them, let alone touch them. Strays, on the other hand, are socialized to humans at some point in their lives. Hence, they don’t mind people approaching them or touching them. 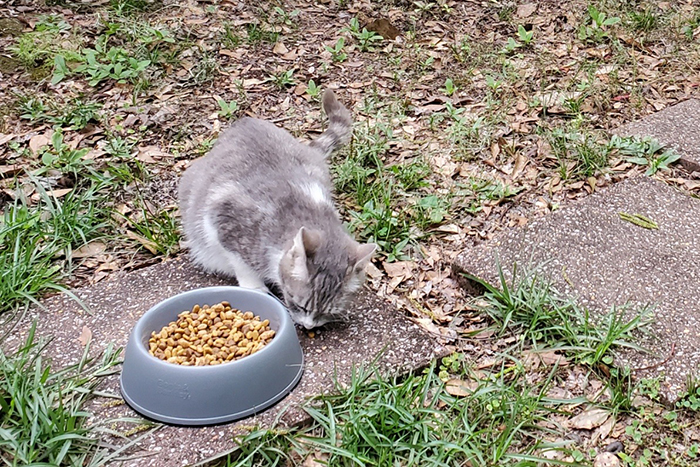 A stray would even enter random houses or approach people to ask for food. When Shea Prior saw an adorable kitty wandering around her yard a couple of months back, she was able to gain the kitty’s trust after she offered it food. Strays tend to return to the person who fed them. And that’s actually what happened to Prior. When she finally got close enough to the kitty, she started touching and petting it. And the beautiful kitty didn’t seem to mind getting the affection. But as she was cuddling the cat, she noticed that it was producing milk.

Naturally, a mother cat produces milk through her teats once they give birth. At that moment, Shea realized that the cat she’s feeding is a new mom cat. And that she is currently nursing some kittens. But Prior hasn’t seen the kittens yet and she had no idea where the mom cat is hiding them. She began convincing the kitty to show where her babies are so she can see how pretty they are. Her reassuring words seemed to convince the mom cat. The next day, the kitty finally led her to her kittens’ hiding place.

“She came running up to me and rubbed on my leg while making her little croaking noise she does,” Prior said. “She led me over to my shed and I looked and saw a couple little fluffballs staring back at me. [Then] she flopped over on her side and started calling to them to come out and see me.” 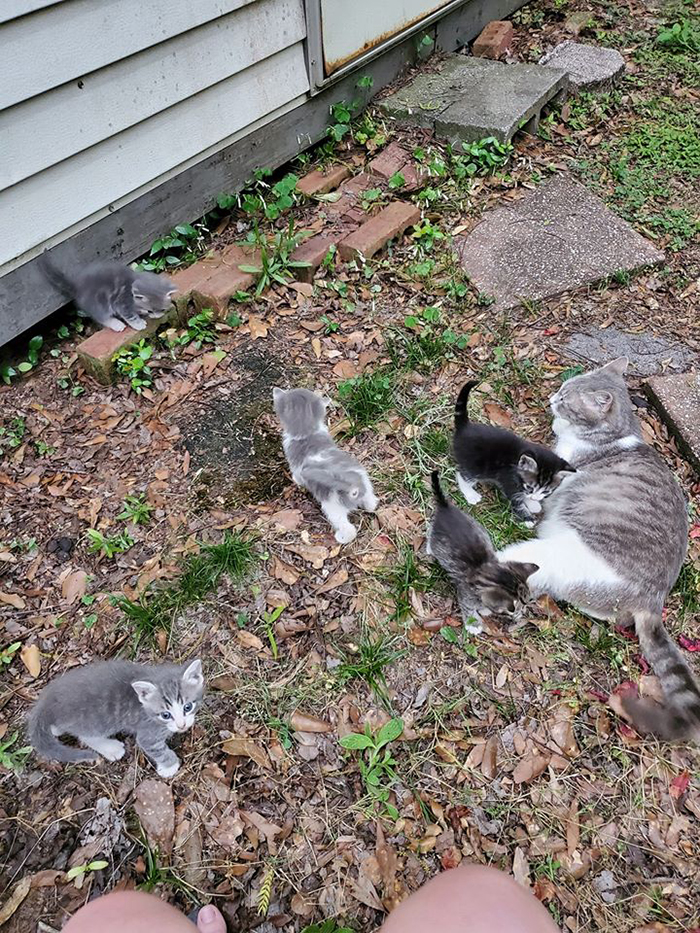 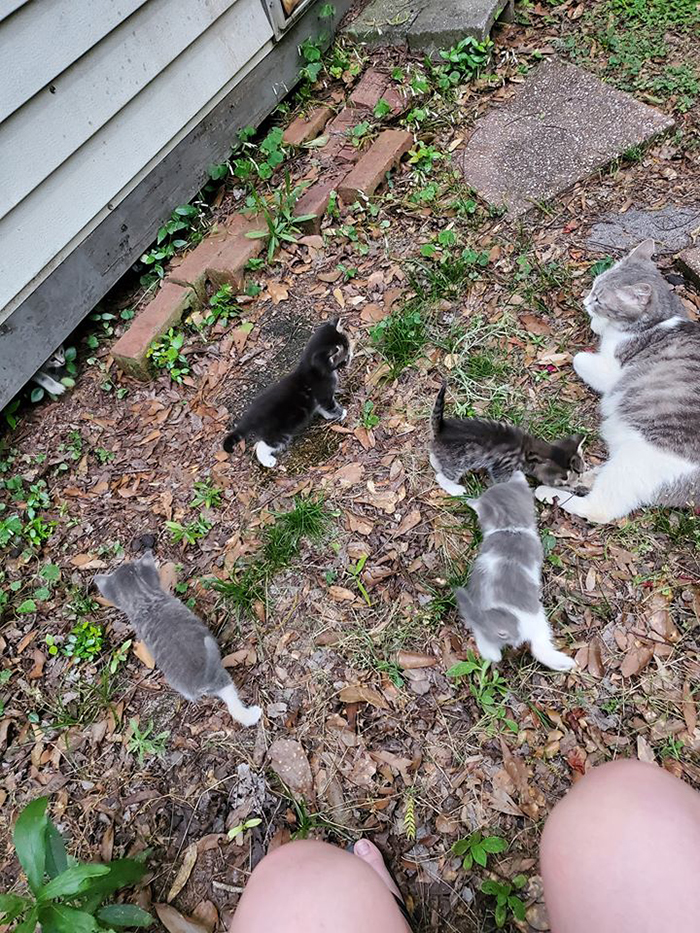 The cute kittens were too scared to come out at first. One of the little gray ones was the first to come out of hiding. And it even let Prior pet him immediately. After a few minutes, the rest of the litters all came out to meet her. Prior documented the heartwarming scene on her Facebook page that shows the cat proudly introducing her adorable kittens to Prior. 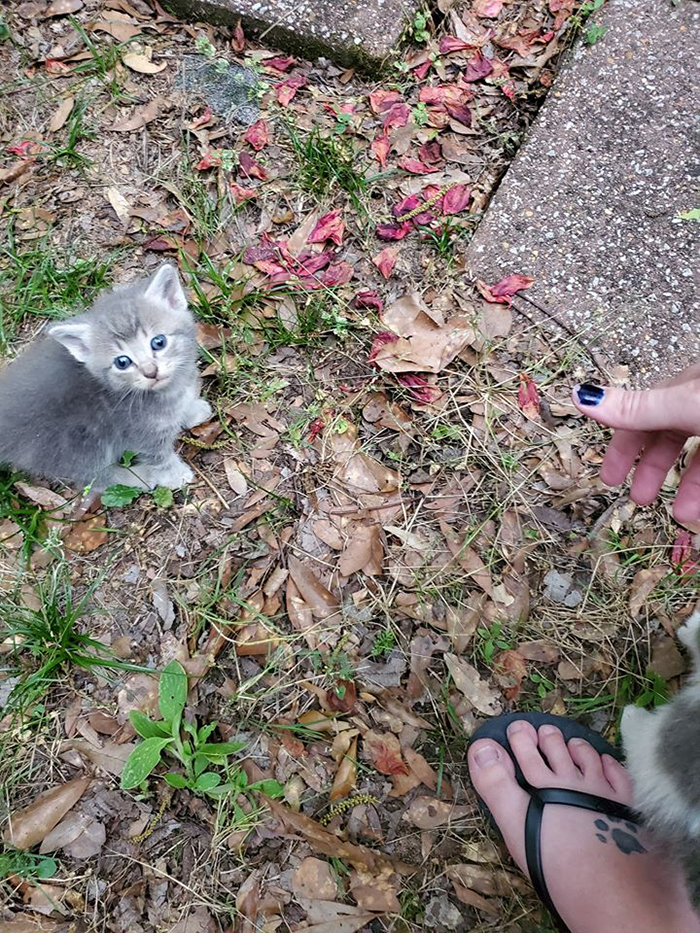 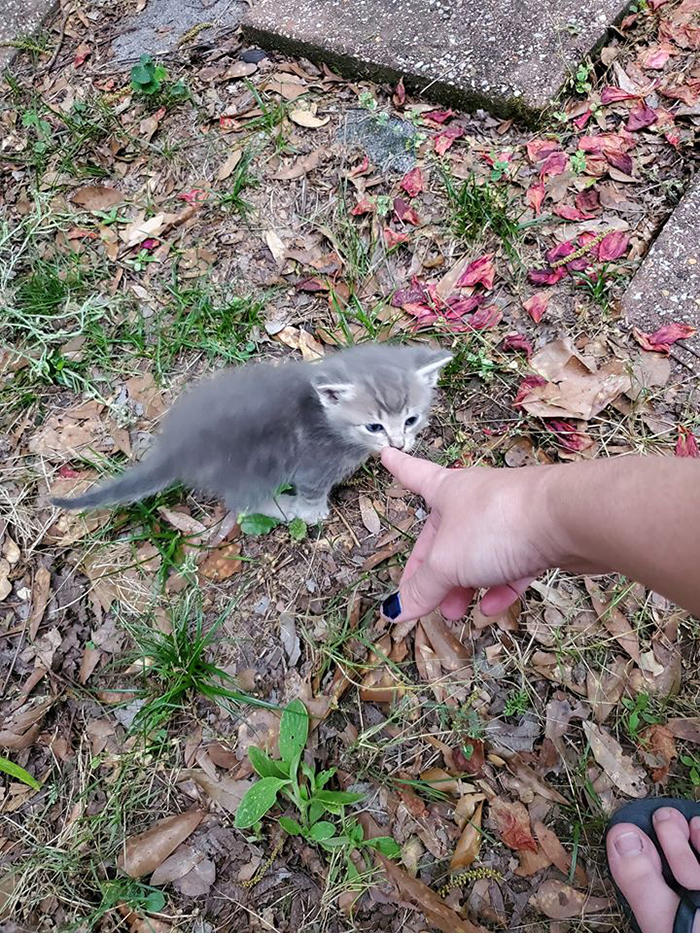 Prior instantly fell in love with the cute family and decided to take them all in. However, Prior has been unemployed since the coronavirus pandemic broke out. So she could barely afford to take care of the feline family. Fortunately, all the kittens have found homes and will be adopted as soon as they’re around 12 weeks old. For the mom cat though, Prior has to find ways to cover the vet bills and cat food.

“I started a GoFundMe for vet bills to get mama spayed, and get babies checked out.”, Prior explained. “I want mama taken care of, but I can’t afford it right now. Anything will help, and if there is anything left after vet bills, the remainder will be donated to my local no-kill animal shelter.”

You can help Prior take care of this lovely cat and support no-kill animal shelter by donating here. 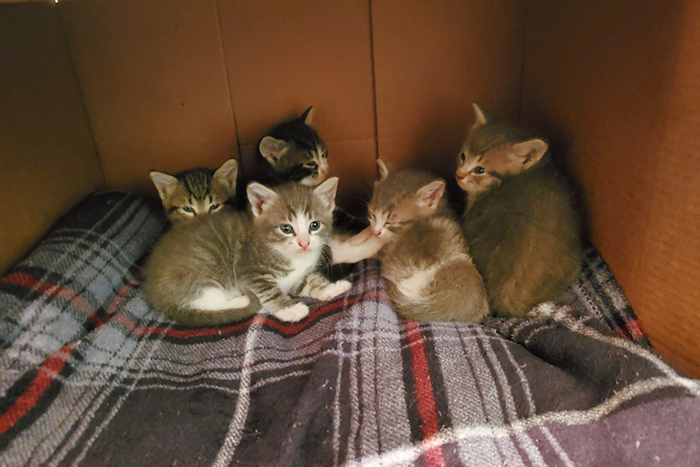