You might have heard of the old aphorism ‘like owner, like dog’. This is based from the strange phenomena of dogs and their humans starting to resemble each other after a while. Since canines tend to become a mini-me of their humans, they sometimes appear to look like some familiar faces just like these dog celebrity lookalikes.

Twitter user Joaquim Campa posted a series of posts featuring photos of dogs that strikingly resemble some famous celebrities. One of the posts showed two pics of dogs – a smiling Golden Retriever and brooding boxer. On the caption he wrote the name of the celebrities who he thinks they looked like – Harrison Ford and Samuel L. Jackson. And you’ve got to admit – the resemblances are indeed uncanny. 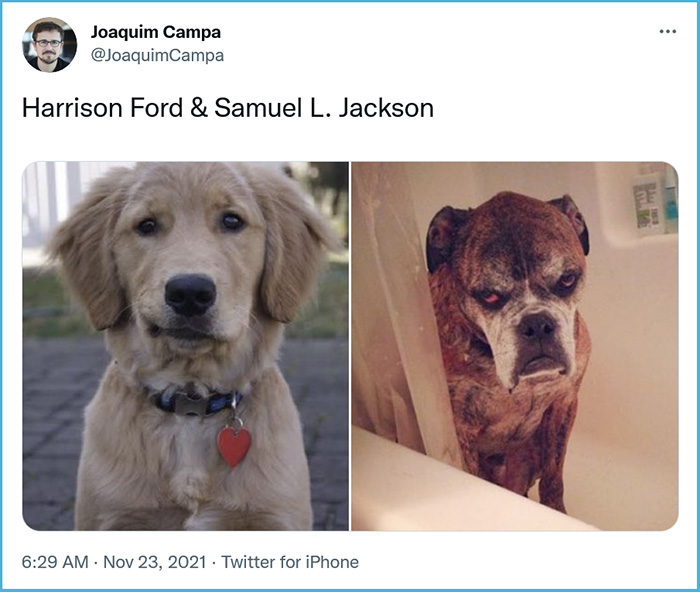 His amusing series of dog celebrity lookalikes quickly became viral. The similarity of facial features between these gorgeous doggos and their famous doppelgangers had everyone smiling while nodding in approval. While most of these canines looked like popular Hollywood actors, Campa also found a pair of beautiful pooches that looked like female actresses. The one with flowing hair and wide smile will instantly remind you of Julia Roberts while the white-coated canine with oval-heart shaped face and small button eyes will certainly make you think of Tilda Swinton. 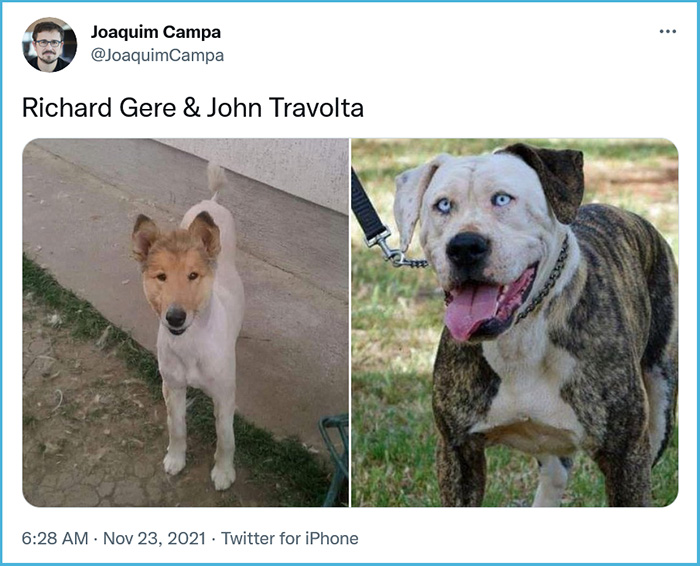 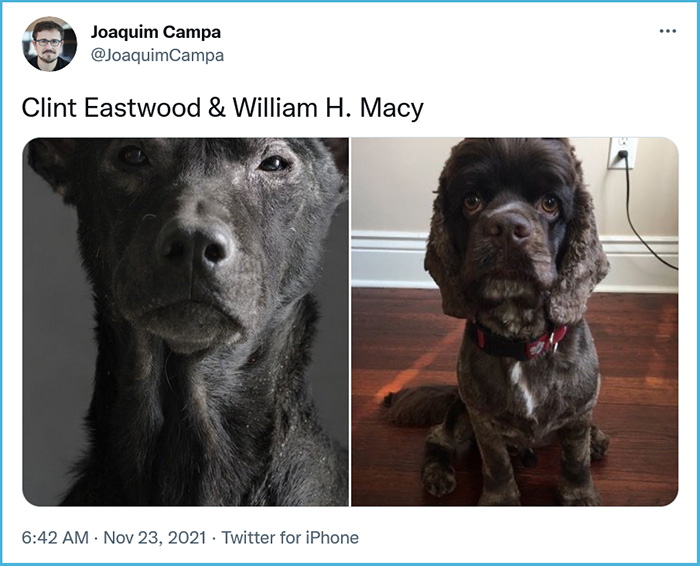 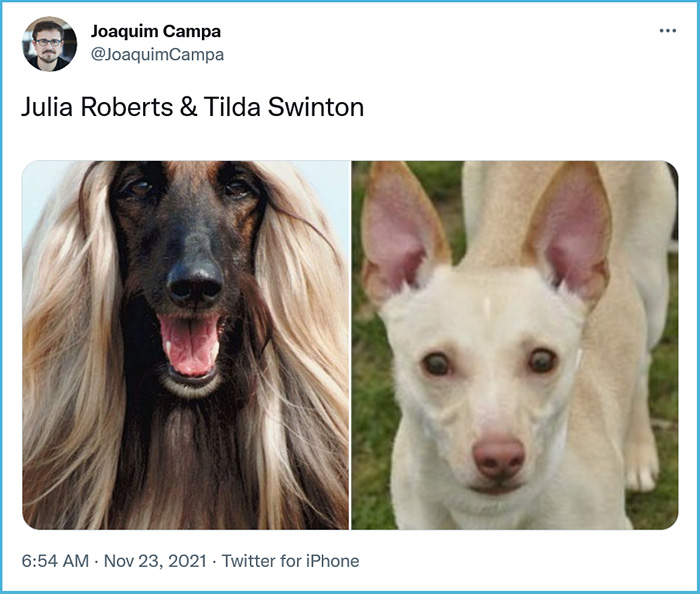 We’ve gathered all dog celebrity lookalikes from the thread to let you decide for yourself if the resemblances are real or not. And if you have some other photos of canines that resemble their owners or some famous public figures then feel free to share the fun on the comment section below. 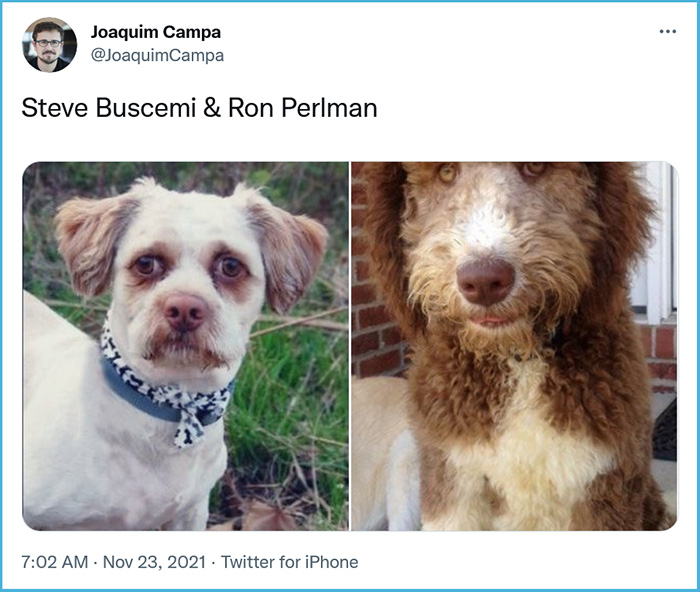 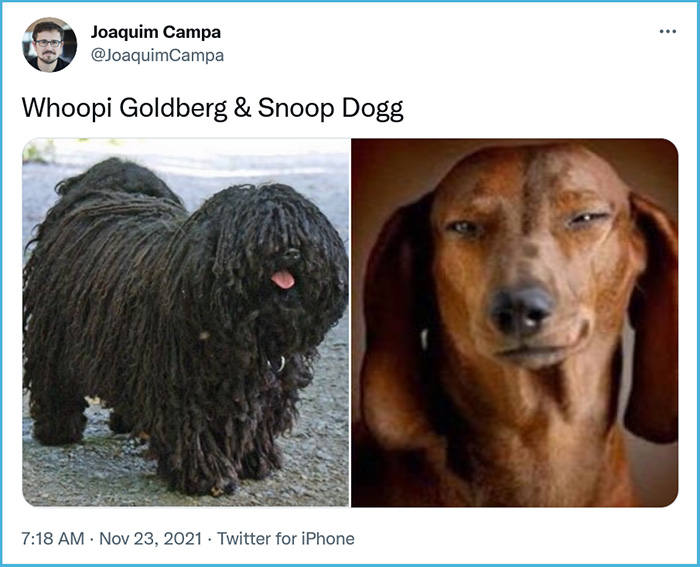 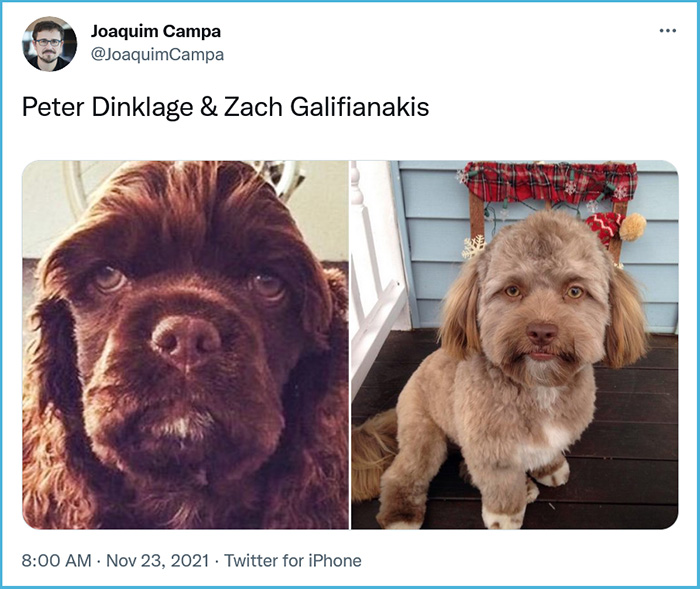