Every time we open a book, it’s like we’re being transported into a fantastical world. We imagine ourselves as being part of the story as we embark on a literary journey through the author’s words. But what if we can actually partake in the development of the story? Industrial designer Brady Whitney creates a puzzle book consisting of a narrative text on one side of a page and a puzzle on the other side. Of course, the puzzle part is related to the story. And you can only unlock the next page once you’ve solved the puzzle. In other words, the Codex Silenda takes the form of a literary book and a multi-part puzzle combined into one brilliant puzzle book. 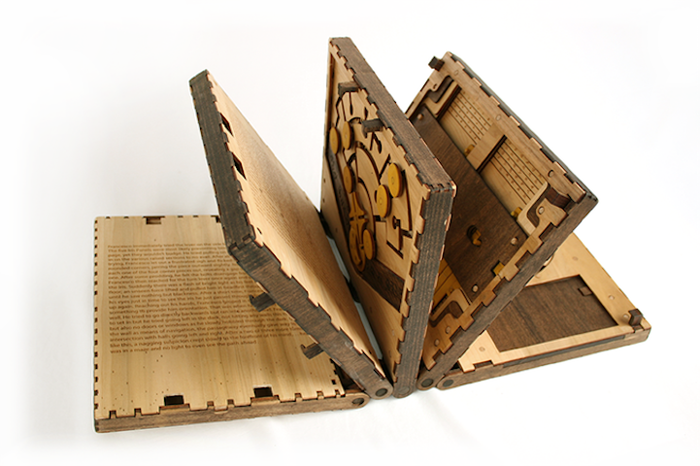 The sequence of the story was inspired by Da Vinci’s Codex. In reality, Da Vinci wrote a manuscript revealing his theories and observations on a wide range of topics such as astronomy, celestial light, fossils, air, water, and rocks. To put it simply, this manuscript is a mirror that reflects the inquiring mind of the genius scientist and iconic artist Leonardo Da Vinci. Whitney uses Da Vinci’s Codex as the subject of the story. According to the fabricated backstory, Da Vinci embedded five mind-boggling puzzle pieces into the Codex in order to protect his manuscript from spies. Thus, the Codex can only be accessed by a person who is as equally clever as him. The entire story then revolves around an inquisitive apprentice who tries to solve the puzzles one by one. 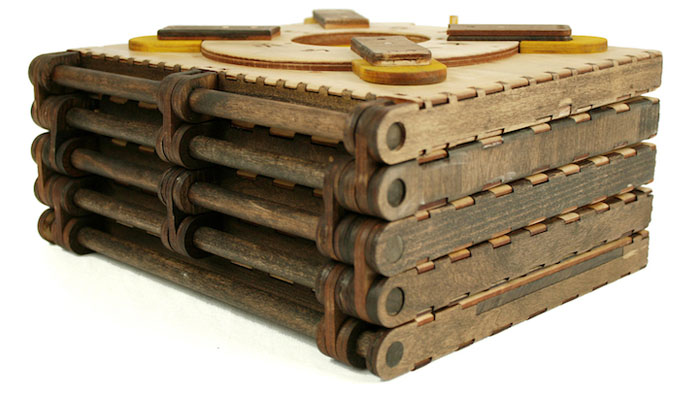 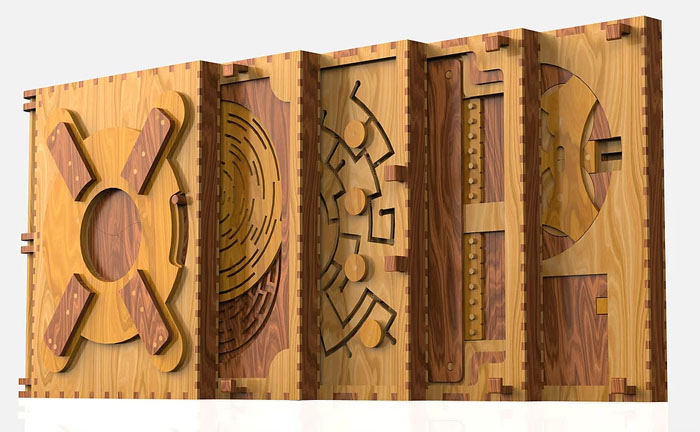 Needless to say, the reader will have to break the code in order to move on to the next part of the story. After solving the first puzzle, a mechanism automatically unlocks the next page. There you can read the continuation of the story and another piece of puzzle to solve. Can the apprentice successfully inherit Da Vinci’s Codex? Well, the protagonist’s fate is literally in your hands. Whether he succeeds or not will entirely depend on your problem-solving skills. The reader will have to solve five mysterious puzzle pieces one at a time.

The first puzzle would be the Mechanical Iris which serves as a portal to enter the puzzle book. In order to open the portal, you’ll need to find out what is preventing the Iris from opening. Once the Iris is opened, it leads you to the second puzzle on the next page. The Rotating Maze has a central dais and a peg. Your mission is to navigate the maze and overcome the dais that keeps you from seeing where you’re going. Once you’ve traversed the challenging maze, the third puzzle to encounter is the Geneva Gears. It consists of a series of gears that you need to place in each respective slot to unlock the page. 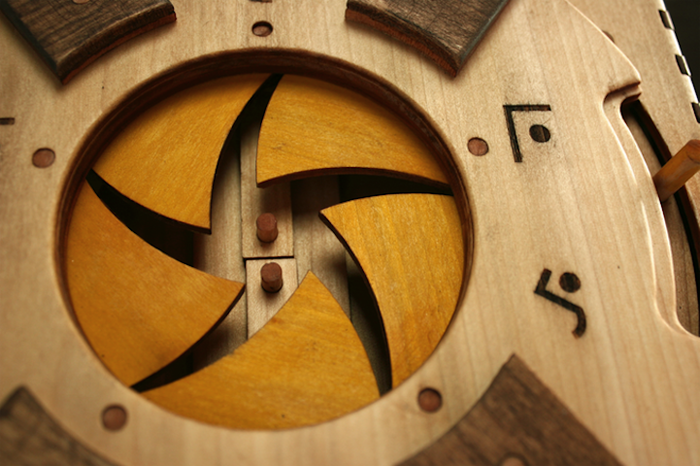 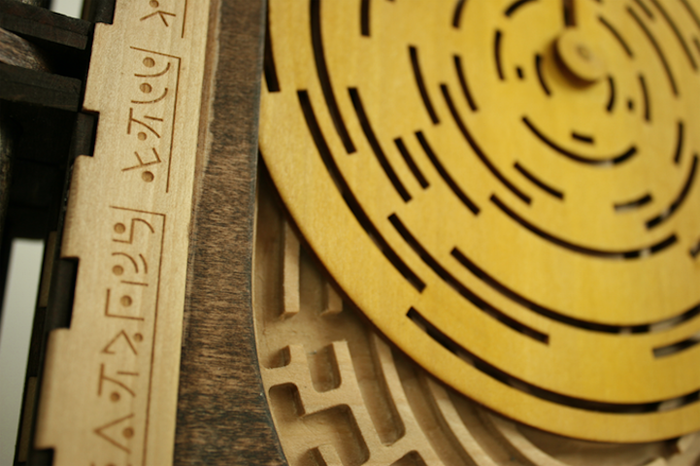 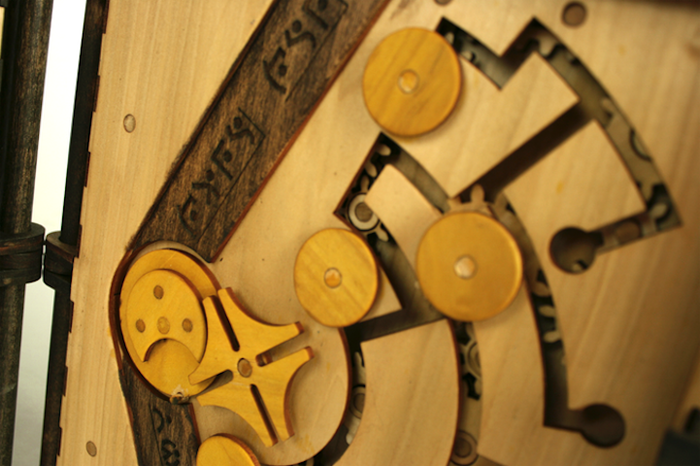 Next is the fourth puzzle named Paradox Sliders. You’ll need to align all fourteen sliders in their proper positions in order to release the bolts and open the last page. The final puzzle, the Cryptex Lock, would be the gate that stands between you and your goal. Your only key to open the gate is to decrypt the four rune codes. 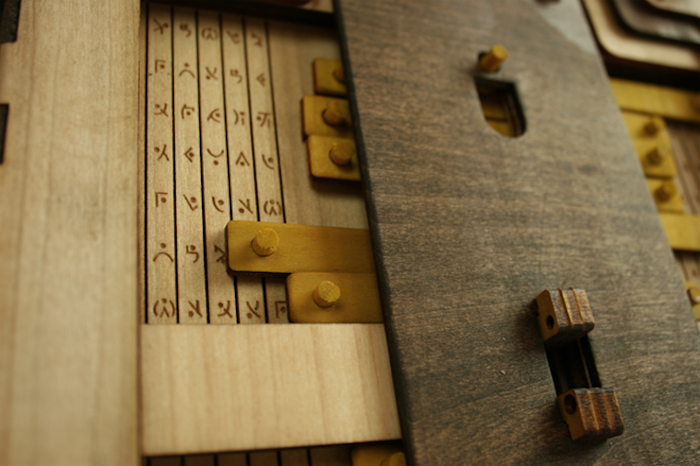 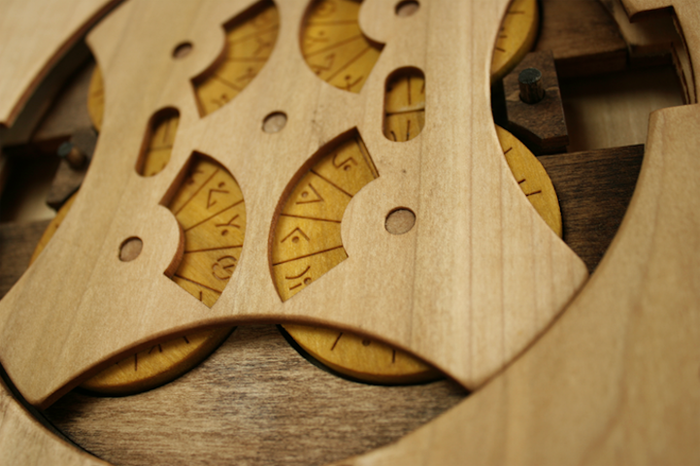 Each page of the puzzle book is crafted using laser cutting technology, making the complex pages consistently precise on a large scale. After which, all lasercut wood components are assembled by hand. Now, here’s the catch. This puzzle book would require the right kind of machine to produce all the wooden pages. In order to raise sufficient funds, Whitney started the fundraising campaign on Kickstarter. The Codex Silenda project is estimated to be released on mid-2019 or until the Kickstarter campaign is complete. You can support the campaign on Kickstarter to make this puzzle book a reality. All puzzle lovers and Sherlock wannabes are surely itching to get their hands on this. 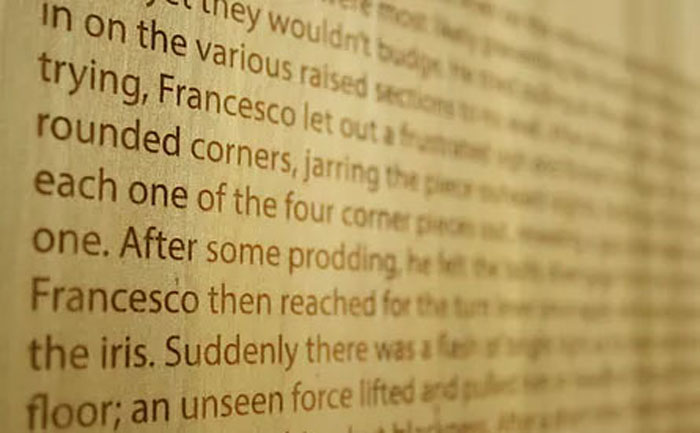